Immigrants robbed and forced to sleep outside in Durban 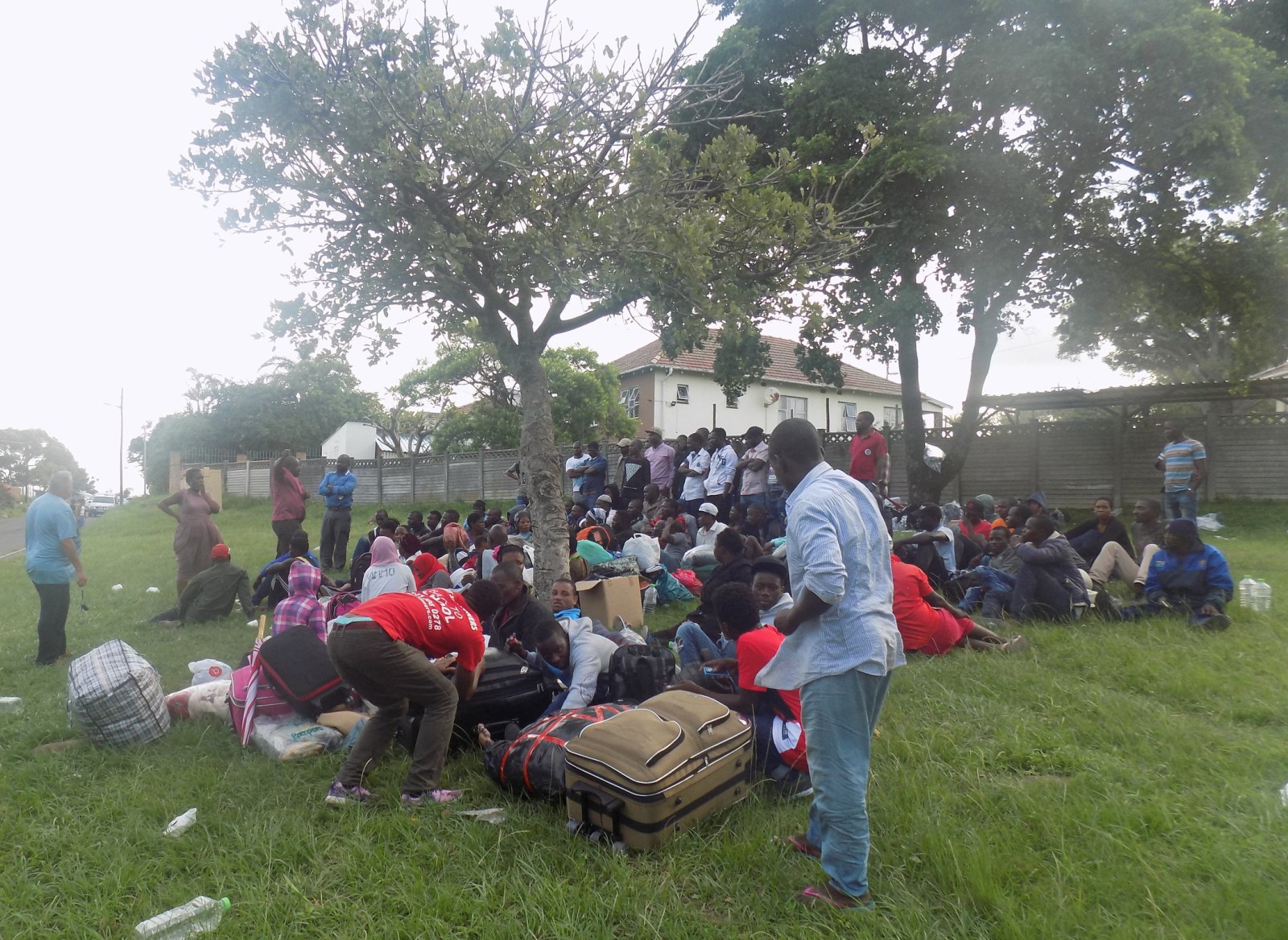 Dozens of people, mostly from Malawi, are sleeping outside in Sydenham. Photo: Musa Binda

About 100 immigrants, mostly from Malawi, are currently having to sleep in an open space near Sydenham police station in Durban. Xenophobic attackers have driven them away from the homes they were renting.

The displaced foreign nationals blame government officials for the ongoing attacks. They told GroundUp that politicians on the campaign trail have been using fear of immigrants to drum up support, for example by promising to tighten borders after the upcoming election to control the number of immigrants entering the country.

“This sends South Africans a message that we are not welcome. And the only way they can communicate that is by attacking us,” said a man who asked not to be named.

He said the recent attacks started in Kenville when a group of about 100 people stormed several tuck shops owned by Somalians and started looting on Sunday night. He said that a woman who was trying to run away from the attackers by walking on a building roof fell off and died.

“In an attempt to retaliate, the Somalians shot at the crowd and one person was killed while two others were rushed to hospital for medical attention. It got ugly as several shops were looted and burnt. The attacks then moved to Burnwood,” said the man.

To verify the man’s story, we spoke to the police. SAPS spokesman, Lieutenant Colonel Thulani Zwane said a case of murder and and an inquest docket were being investigated by Sydenham and Greenwood Park police stations. He said several other cases of public violence, arson, damage to property and looting were opened “as chaos led to the looting of foreign-owned tuck shops, torching of their cars and houses”. He said police were monitoring the situation.

Miriam Mussa, a Malawian immigrant, is currently sleeping in the open with her toddler daughter. “It was about 1am on Monday when we were forced out of our rented rooms. I was with my baby and my husband. Even though they did not hurt us after seeing that we had a small baby, they allowed us to leave with only the clothes we were wearing. We watched them as they took out all our furniture,” she said.

She said that her family has been sleeping for two days in the open, and her daughter has become sick. “I think it’s because she is too weak to withstand the kind of cold we are exposed to. It could also be caused by the fact that we are starving here,” said Mussa, who came to South Africa three years ago to look for a job. She found one as a domestic worker in the area.

Another Malawian, John Valleta, said the attackers told them that they were angry because foreign nationals were taking their jobs. “They said we were a bad influence on the employers because we accept cheap labour yet we accept long hours and loads of work. They said for this reason employers preferred employing foreigners and that angers South Africans because it left them with no jobs. They wanted us to go back to our countries and they were going to make that happen the hard way.”

He claimed that during the attacks scores of immigrant men were injured because the attackers beat them. He said despite sleeping in the open they still felt less safe because they don’t know what the attackers are planning next.

Ethekwini Municipality Deputy Mayor Fawzia Pier visited the displaced people and promised that better shelter was being arranged. Pier said that a meeting with residents was being planned. DM