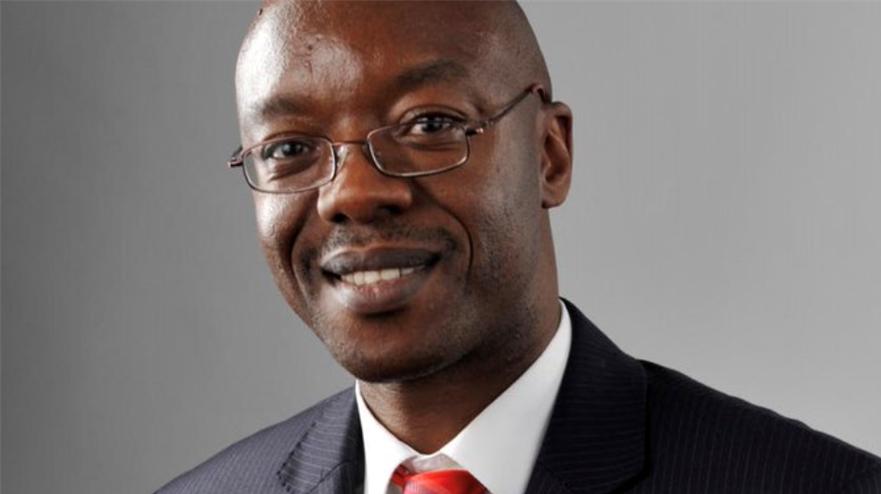 Professor Tawana Kupe is the new Vice-Chancellor of the University of Pretoria. With a student population of 53,000 and a rise in student activism over fees and access to accommodation, Kupe has high aims to rebrand Tukkies as a Pan-African university that provides quality education that inspires students to help solve the continent’s complex problems.

Within his five-year contract as Vice-Chancellor (VC) of the University of Pretoria (UP), Tawana Kupe plans to leave a legacy of “an institution that can be counted on with a changing context” and “provoke students” to think about the situations around them as agents of change.

Kupe was appointed VC to succeed Prof Cheryl de la Rey, who has taken up Vice-Chancellorship of the University of Canterbury in New Zealand.

He was interested in what kinds of media could speak to Africans, as the models and techniques he had learnt were Western-based: “Education is not about what I read, but how does what I read provoke my thoughts on an issue?”

He went to become the founding head of the Media Studies Department at the University of the Witwatersrand. Before his appointment as VC of UP, he served as Executive Dean of the Wits Faculty of Humanities for six years, from January 2007 to December 2012, after serving as the head of the then Wits School of Literature and Language Studies.

From his experience at the University of Zimbabwe, Rhodes and then Wits, he says he has learnt that universities thrive or fail depending on their funding models, and the ability of the management to have a “well-articulated” educational system in place.

The “African university is rising in a changing society” and “poor management and inefficient skills” pose a risk in the ability of universities to create a supportive environment for students to own their education, says Kupe.

UP has South Africa’s second largest student population after Unisa and he plans to have 75,000 students admitted to the university by 2025, with a special focus on continental students and lecturers, but without losing focus on local students.

Kupe wants to encourage “curiosity-driven research that matters” where students provide solutions to “poverty, unemployment and sustainability challenges” in Africa.

“We are a growing and young population and also the poorest in the human development index, not because of a lack of human and natural resources,” says Kupe.

According to Kupe, Africa lacks a “critical mass” and a “well of knowledge and skills” which makes it easier for “others to take advantage of the human and natural resources” of the continent.

And although news on politics and development on the continent is mostly bad, he says he is always looking for a “breakthrough moment” in the media regarding some progress in Africa that might be a “teachable moment”.

“Some things are moving but are imperceptible to your view,” said Kupe.

As a literature major, he learnt early on that reading can “illuminate and expand your mind” with the “use of imagery and symbolism” to allow someone to “see the world in a grain of sand”. And this mindset is what he hopes his students will embrace in his tenure as VC.

Authors like Ngũgĩ wa Thiong’o and Ousmane Sembène have inspired Kupe in their ability to “demonstrate the frustration of the liberation movement” even way back in the 1960s. Issues that Kupe says South Africa is grappling with today.

In his honours dissertation, Kupe chose Ngũgĩ as a subject to analyse how “education and class consciousness” became a “route to a class elite in Africa”. These authors, says Kupe, predicted the post-colonial situation of “Big Man” politics, corruption and State Capture.

And since human beings like narratives, literature provides a critique not only of the self, but also of the social condition, says Kupe.

Kupe has already received criticism for the recent implementation of the language policy at UP that has removed Afrikaans as a medium of instruction. And although he says the decision was taken in 2016, he stands behind it as English has become a “currency” used across the academic world.

To develop the other indigenous languages to use in academia will take “a lot of political will” to “mobilise resources to develop an African language to challenge the currency of English”, Kupe says.

Former Tanzanian President Julius Nyerere made KiSwahili the official language in schools, but did not have the material and technology to adequately teach it at higher education levels, Kupe says. In the 1980s, they had to change back to English.

We can’t ignore the historical hegemony of English and we do not challenge it by declaration, it involves marshalling factors, says Kupe.

However, the new VC must still count on the National Student Financial Aid System (NSFAS) to fund students who are not able to afford fees. This has been a contentious issue within universities as protests flared up at the beginning of the year at Wits and the Durban University of Technology (DUT).

UP has been holding fund-raising initiatives to assist students who are part of the “missing middle” (families earning between R350,000 and R600,000 a year) and who cannot afford to pay the full fees.

“A large number of students are committed to their studies, but the lack of funds and housing can create alienation and frustrations that make students not take advantage of these opportunities,” said Kupe.

According to Kupe, the Student Representative Council (SRC) brings a list of students who need help and through a “combination of funding schemes” the finance office “looks at a bespoke solution for the student”, depending on their circumstances.

The University of Pretoria has over the past years been in the spotlight regarding rape allegations and students have held silent protests to raise awareness of safety on campus.

For Kupe, there needs to be “a lot of advocacy on what is appropriate behaviour” as the university is “serious about gender-based violence”. He plans to host a number of programmes to “inculcate a new set of values” to tackle this systemic issue.

“It is incumbent on all of us to protect the ideal that being human is not to violate others,” says Kupe. DM