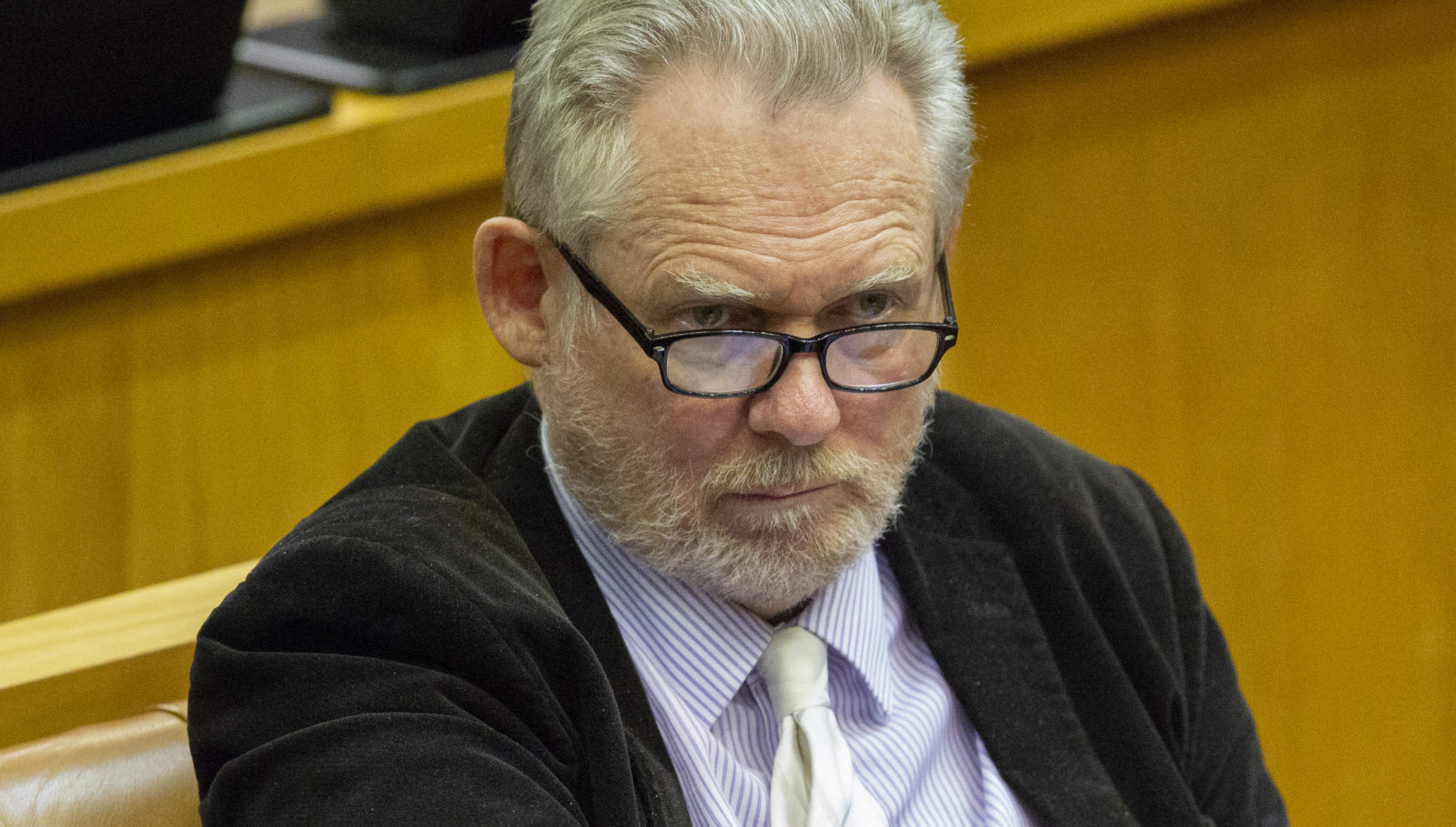 Addressing the Cape Town Press Club on Tuesday, Department of Trade and Industry Minister Rob Davies was forthright about the damage which Eskom is inflicting on the South African economy. With a rating review from Moody’s imminent, Davies is hoping for mercy.

“It’s pretty obvious that if we are having load shedding, it is going to have a dampening effect on our economy,” said Trade and Industry Minister Rob Davies on Tuesday.

“It’s going to mean that production is not happening at the scale it was meant to be happening at.”

Davies was addressing the Cape Town Press Club on the future of the South African economy, where he noted that one of the biggest challenges is the ongoing under-performance of Eskom.

Load shedding, however, is only one of the problems that need to be addressed. Rising electricity prices have also presented a challenge to businesses and “definitely had a negative impact on manufacturing”.

An example of the effect of load shedding, said Davies, happened on his visit to one of the best-performing factories in the world, in Atlantis in the Western Cape. The Hisense factory there, which produces televisions and fridges, lost power during the visit. The uncertainty this created has caused the plant to investigate generating its own power supply instead of relying on Eskom.

However, this is not a sustainable solution in general, as it excludes entities unable to produce their own power, warned Davies. This includes small businesses, black industrialists and businesses in townships, all of which rely on Eskom.

Davies believes that the challenges facing Eskom are emblematic of larger issues the Department of Trade and Industry has had to confront while trying “to bring about structural changes in our economy”.

These changes have been “impeded by bad governance and lack of cohesion across governance”, along with State Capture and corruption.

“Nobody had the intention of wrecking Eskom,” Davies suggested.

Rather, people saw an opportunity to take their “little bit”, all of which added up to “institutional damage on a significant scale”.

While taking questions, the topic of Davies’ own meetings with the Gupta family between 2009 and 2013 was raised. While he did not go into details, Davies said it would have been impossible in his portfolio not to meet with the Guptas.

Davies also said that it is important for individuals involved in corruption, including those who improperly acquired tenders, to “be smoked out”.

There is uncertainty around the economy, with upcoming announcements from the South African Reserve Bank on South Africa’s interest rate and rating agency Moody’s review decision expected on 29 March 2019.

While Davies did not speculate on the outcome of the Moody’s announcement, he said:

“We can only hope that they will see the improvements underway and cut us some slack.”

In this time of economic instability, Davies said, “the election of President Cyril Ramaphosa is giving us hope” that these structural issues will be addressed.

When asked about who to vote for in the 8 May elections, Davies said: “In many ways, this election is a referendum of our President Ramaphosa. Do we want him to lead a process of reform and change in this country or do we think we can risk something else?” DM