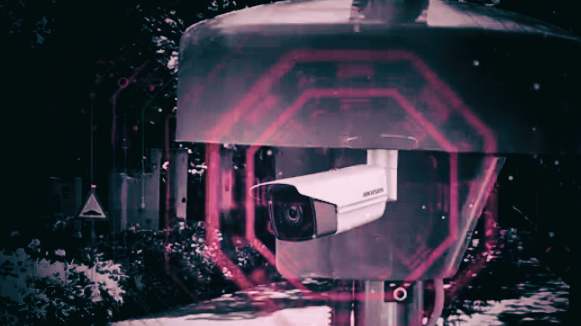 Vumacam, a subsidiary of Vumatel, an ‘open access fibre provider’, is in the process of rolling out an extensive network of surveillance cameras in certain Johannesburg suburbs. There is concern over whether, in the process of trying to help combat crime, the installation of these cameras will violate citizens’ right to privacy.

The movements of Joburg drivers travelling through several northern suburbs will soon be tracked by 15,000 CCTV cameras being installed by Vumacam at intersections and along streets.

Their installation is being seen by some as a welcome move aimed at deterring crime, while others have raised questions of privacy and how the data collected will be used. Cameras will be mounted in areas including Melville, Norwood, Greenside, Linden, Emmarentia and Bryanston at a reported cost of R500-million.

Responding to a query by Daily Maverick, the City of Johannesburg said it had “taken note of public concerns raised in respect of the matter (of Vumacam) and will seek to keep the public informed of developments”.

The City said that even though there was no “denying that crime is a major issue within our country generally, and Johannesburg more specifically, careful consideration must be given in how technology is used, to balance the constitutional rights to privacy and the right to live in a safe and secure environment”.

Vumacam MD Ashleigh Parry told Daily Maverick the company was under no illusion that Vumacam would be a “silver bullet” and eradicate crime.

“Our solution encourages security companies and communities to collaborate and not act in isolated islands of protective patches.”

Parry said that in anticipation of the soon-to-be implemented Protection of Personal Information Act, which “promotes the protection of personal information by public and private bodies”, Vumacam has sought the best advice from various entities in order to ensure they would be fully compliant with the act.

Right2Know spokesperson Thami Nkosi told Daily Maverick that the act requires that a company or entity involved in actions such as Vumacam should “notify every individual who will be affected by surveillance — Vumacam hasn’t”.

Nkosi said it was illegal to put up cameras that observed people coming in and out of an area, without informing them.

“The network is privately funded and vetted security companies pay to access the feed in their areas. Overview and LPR (licence plate recognition) cameras are streamed via a fibre network (to ensure a consistent, reliable feed) to a secure data centre that records (for an overview) or queries databases of vehicles of interest (for LPR, for example for vehicles that might be stolen).”

Security companies, says Parry, enter into a contractual agreement with Vumacam, which grants them access to the feed. However, they are not able to download the footage. In the event they need footage, they have to approach Vumacam with official documentation from the SAPS, such as a case number.

Nkosi said Right2Know was concerned that Vumacam was not registered with the Private Security Industry Regulatory Authority (PSIRA), the regulatory body for the security industry.

“Our research has shown that Vumacam is not registered with PSIRA, which they should be because they are essentially providing security capabilities. We’ve thus lodged a complaint with PSIRA in this regard,” Nkosi said.

“Furthermore, we know that data is the new gold mine. So Vumacam should make a declaration of who else (other than themselves and private security companies) will have access to the information.”

Parry said Vumacam’s initial deployments were “on request of a client or as a result of residents lobbying their councillor, or mandating their residents associations” to engage the company.

Jane Duncan, former chairperson of Media and Information Society at Highway Africa, now a professor of journalism at the University of Johannesburg, acknowledged that South Africa has a crime problem, but expressed concern about the regulation of Vumacam.

“We have a crime problem and we all want to feel safer. The public police are overstretched. This system sounds like one potentially effective solution for these problems. But if not properly regulated, this system could create a whole new set of security threats and vulnerabilities,” Duncan told Daily Maverick.

But Brett McDougall, chairperson of Norwood Residents Association, said the reception to the cameras in Norwood had been “overwhelmingly positive”.

“A minority of participants expressed concerns around privacy. I personally believe that the LPR software and public cameras do not breach any of the provisions of the Protection of Personal Information Act. There is less and less capacity and will from SAPS and JMPD to patrol our streets, and cameras have proven effective in reducing crime,” McDougal said.

Vumacam was not planning on rolling out cameras in Dobsonville because Parry said it was difficult for the company to operate in areas that did not have active private security companies.

The establishment of the camera network has been under discussion since early 2017.

Nkosi said they were in the process of pursuing the City in order to “see paperwork of the agreement”. In which case, the City may also be “culpable” in potential invasion of privacy, she said.

Duncan said “technology is running far ahead of the policy, which is a problem”.

She questioned whether Vumacam has “conducted a privacy impact assessment, which should be standard for privacy-invading systems”. If it has, Vumacam should release these publicly.

Parry pointed out that there were already many surveillance cameras in many private homes in the areas where Vumacam was already operational. The only difference is that Vumacam is willing to be held accountable.

“It is important to note that there are currently thousands, if not hundreds of thousands, of cameras in residential areas, not owned by, processed by, nor in any other way associated with Vumacam. We feel there is a clear advantage to being able to hold us accountable,” she said.

Duncan said that in the past, CCTV had not been very effective as a crime fighting tool, but succeeded rather in displacing crime to “poorer areas”.

“That is why public policy is needed before systems like these are rolled out, as this allows the public an opportunity to define the city-wide rules for public space surveillance,” she said.

Parry said even though they couldn’t guarantee the protection of people’s personal information, the collected data was stored in a secure off-site data centre that had restricted access.