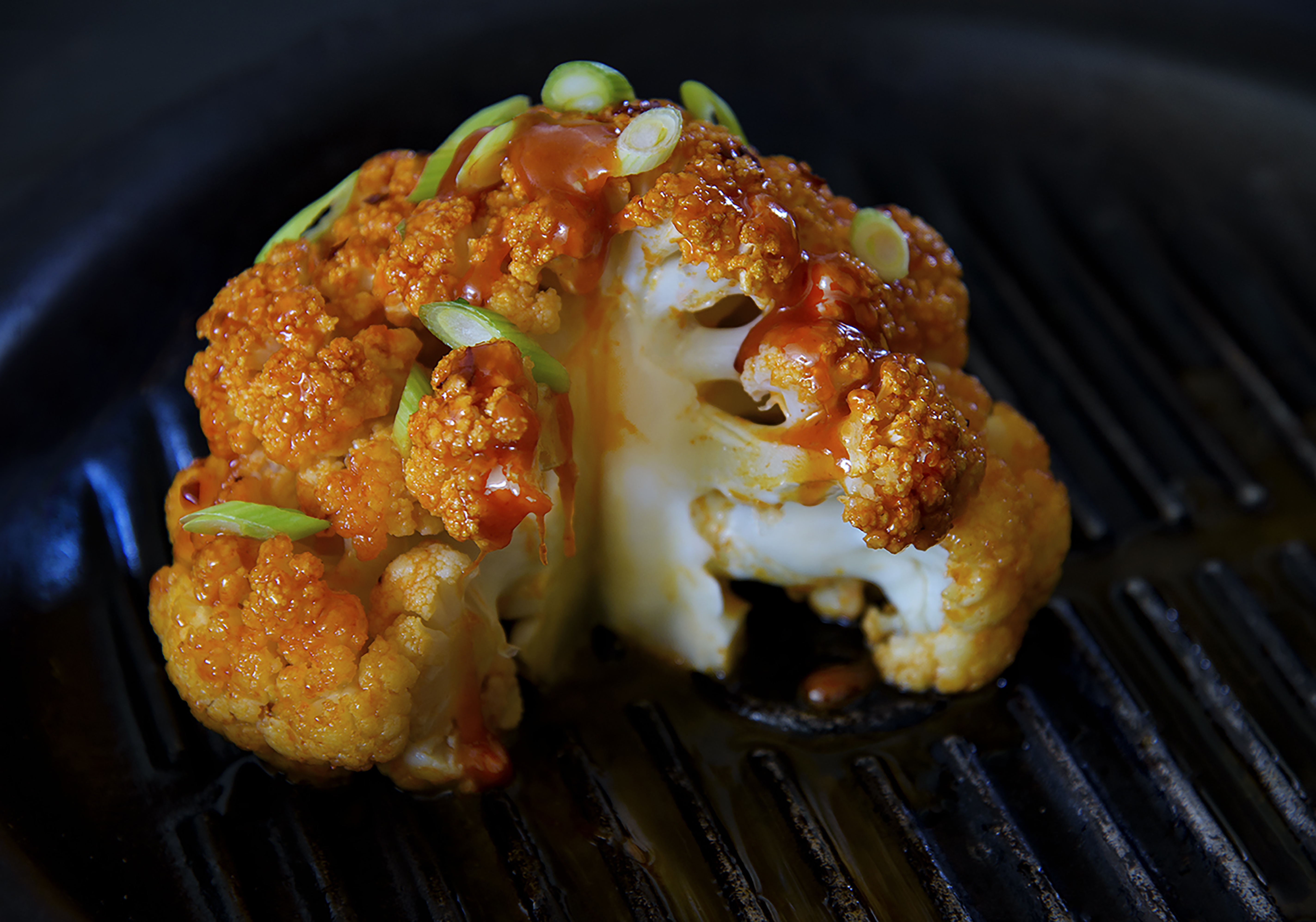 In the age of Banting and superfoods, cauliflower has received an extreme makeover. Previously boiled and smothered in cheese sauce to make it virtually unrecognisable, this ugly duckling has transformed into a headlining act.

Cauliflower – the chameleon of vegetables – has the power to transform into anything: grated into “rice”, mashed into a pizza base, or even puréed into a creamy Alfredo sauce.

“Cauliflower is an interesting one because a lot of people don’t like it; but what I found with cauliflower is that it’s very versatile,” Lexi says.

“It’s quite plain, and if you season it in an interesting way, it can take on different lives quite easily; which is not true for many other veggies. Brinjal has a very strong taste, sweet potato is quite sweet, broccoli tastes like broccoli no matter how you dress it. Cauliflower is very neutral, especially if it’s cooked.”

Monzeglio’s menu presents cauliflower in a variety of forms, including a slow-roasted cauli-steak and spiced and charred buffalo cauliflower.

In 2018, Matt Preston created a Middle Eastern-inspired cauli-roast on Masterchef Australia. The alluring whole baked cauliflower, served on a bed of almond tarator (Lebanese tahini-based) sauce, showed the world that cauliflower is a versatile, easy-to-cook ingredient worth eating. Move over leg of lamb – cauliflower is the new centrepiece for Sunday roast lunch.

Cauliflower is a staple in Indian and Asian cooking: Think Aloo Gobi or Indo-Chinese Gobi Manchurian. Cauliflower (and broccoli) have particular significance in Chinese culture. The cruciferous vegetables are often eaten during Chinese New Year because they symbolise riches and prosperity. The cauliflower head, with its numerous stalks and florets, resemembles blossoming flowers to symbolise a blossoming and prosperous new year.

* These leaves are perfectly edible so don’t throw them away. Roast them with olive oil and salt – it makes a delicious soup topping.

The Scientists Collective • 19 hours ago