‘Make like the dinosaurs, and disappear!’ – how Algerians feel about their leader 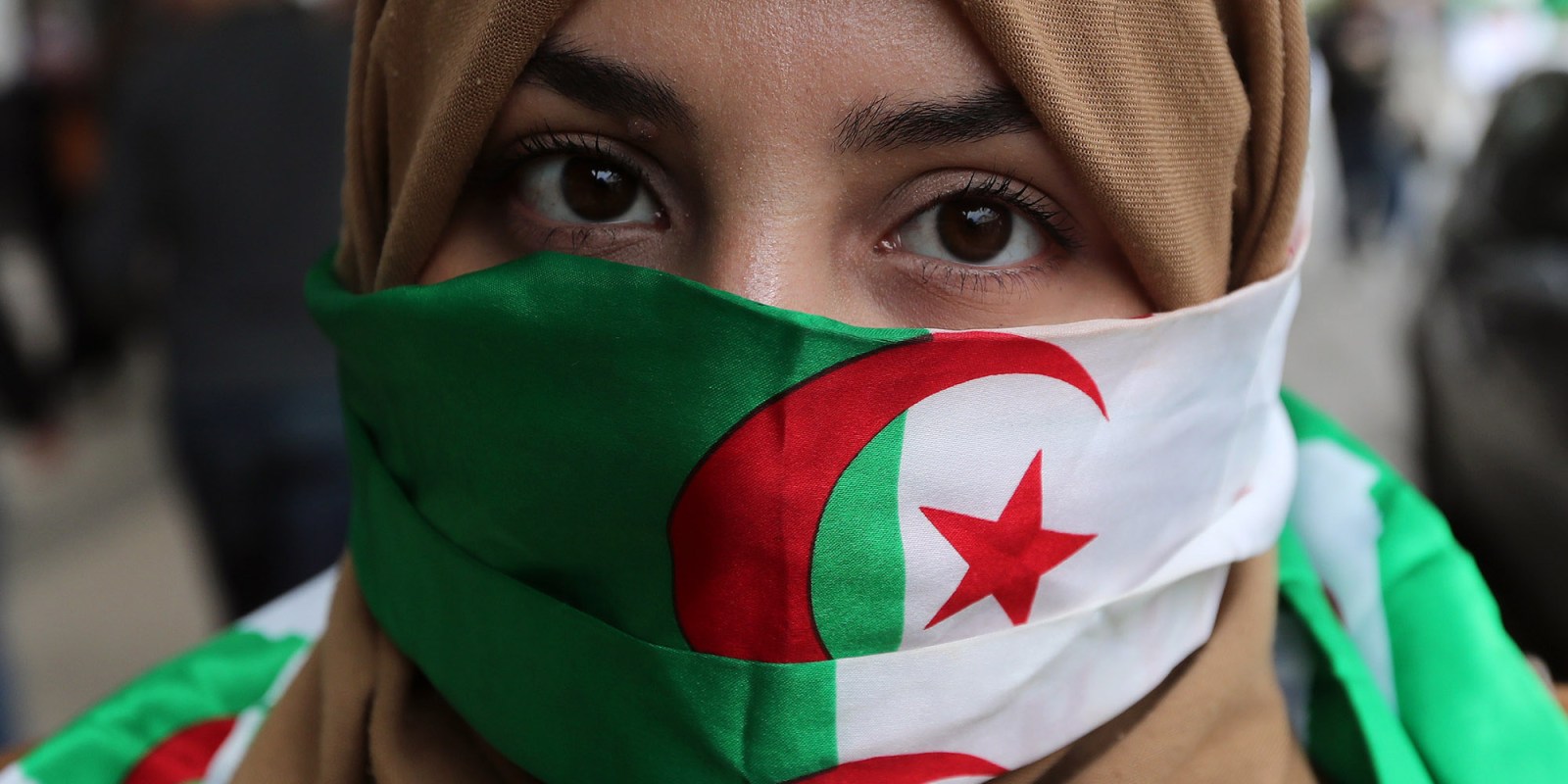 An Algerian looks on during a protest against extending President Abdelaziz Bouteflika's mandate in Algiers, Algeria, 19 March 2019. EPA-EFE/MOHAMED MESSARA

This banner floating above protests in Algiers captures how most Algerians feel about their geriatric leader, Abdelaziz Bouteflika.

Two weeks ago Algerian journalist El kadi Ihsane tweeted a video of a tsunami of humanity flowing through the Algiers street below. “I wish that every person of goodwill could experience once in his life this cosmic moment where the revolution of his dreams passes below the window of his office!” he enthused.

His words evoked much of the euphoria of William Wordsworth’s lines written of the still-romantic start of the French Revolution: “Bliss was it in that dawn to be alive, But to be young was very heaven!”

A genuine and inspiring people’s revolution, powerful yet so far remarkably peaceful, perhaps a second Arab Spring, has been unfolding in Algeria over the past month. It has already upset the disabled octogenarian President Abdelaziz Bouteflika’s plans to extend his 20 years in office by running for a fifth term in April.

Bouteflika – or more likely the ruling National Liberation Front (FLN) party or the military or whoever really runs the country since his stroke in 2013 – decided last week to withdraw his candidacy and postpone the elections. A national conference, to include leaders of the protest movement, is meant to negotiate constitutional and political changes under which elections will be held before the end of 2019.

The government has brought in a former Algerian foreign minister, Lakhdar Brahimi, to oversee this transition. Algerian diplomats insist that this expresses Bouteflika’s desire to respond to the demands of his people and help him leave a respectable legacy – a legitimate, democratic and prosperous Algeria.

But Algerian protesters seem unimpressed. Last Friday they held their biggest demonstrations to date, continuing to press their demands that Bouteflika resign immediately. Dr Dalia Ghanem, a resident scholar at the Carnegie Middle East Center in Beirut, isn’t surprised. “It seems indeed that this is a stratagem to gain time to prepare for their next move but clearly there is nothing genuine in their moves,” she told ISS Today.

Dr Yahia H Zoubir, senior international studies and management professor and director of research in geopolitics at the Kedge Business School in Marseille, agrees. He recalls that after the bloody 1988 riots, the regime partly liberalised politics, including by moving from a one-party (FLN) to a multi-party system. But the underlying power structure remained.

“So they are concocting a new formula today with the hope that they will be successful once again and preserve their power and interests,” he told ISS Today.

“The regime doesn’t respect the constitutions it enacts,” he says, describing how Bouteflika changed the document to remove the two-term presidential limit and was now violating it to extend his fourth term.

Zoubir says far from lending credence to the transition, Brahimi has instead become ‘highly discredited in the eyes of the population’, which now views him as an appendage of the system, which he is trying to save.

Many credit Bouteflika with resolving the Islamist civil war that engulfed the country through most of the 1990s. But the powers of patronage he used then to buy off his opponents are waning as the oil price has plunged.

The Algerian people have anyway grown weary of being patronised by a gerontocracy or an anonymous “deep state” oligarchy comprising the military and FLN elders, which has ruled since it liberated the country from France in 1962. The FLN’s liberation credentials are clearly fraying.

The mostly young protesters are also tired of being blackmailed by the glib old-regime argument that stability is necessary to avoid a return to the bloody 1990s. One of the mysteries of the current crisis has been why these shadowy forces that seem to be pulling the strings of power didn’t dump Bouteflika long ago, since he had clearly become a liability.

Zoubir suggests the answer lies in tensions and rivalry between various power centres and clans, notably the military. The military has long been seen as the real power behind the throne. But Zoubir thinks it has “changed tremendously” over the past few years, becoming more professional and less political. He believes the military has decided to dump Bouteflika “for fear that his staying in power will fracture its ranks”.

What happens next is, of course, the big question. The “regime” might force Bouteflika to resign and install the head of the Senate, Abdelkader Bensalah, to serve as interim president for 45 days, as the constitution ordains, Zoubir believes. After that, popular human rights activist Mustapha Bouchachi is being suggested as a possible leader to take Algeria through a genuine popular transition to a new dispensation.

Since the “street” seems to have been a spontaneous uprising, not highly organised, its demands are not entirely clear. Zoubir says above all it wants Bouteflika and his cronies out.

“They want genuine democratic governance; they want a change of the political system in place since independence. There are no leaders for this movement, but student committees are forming. True opposition figures (i.e. not the ones co-opted by the regime) are getting together to produce more concrete demands and formulas for a genuine transition.”

So far the protests have been remarkably peaceful. But will they remain so, especially if the regime doesn’t budge further?

“The regime would have preferred violence, so it could have the military intervene, then impose the state of emergency,” Zoubir says. “That failed because the military understood the ruse.”

So did the protesters, who are also too mature, politically, to provoke violence, says Ghanem.

She doesn’t rule out violence and repression by the regime if it continues to cling to power and the protests don’t abate.

“But … beating up peaceful protesters would be a terrible mistake and this will expose its brutality, and this will undermine its national and international legitimacy.”

One would certainly hope the great stand-off doesn’t end that way. We all recall vividly what happened to the French Revolution not long after that blissful beginning eulogised by Wordsworth. DM