Debt is not necessarily a dirty word – but it may be 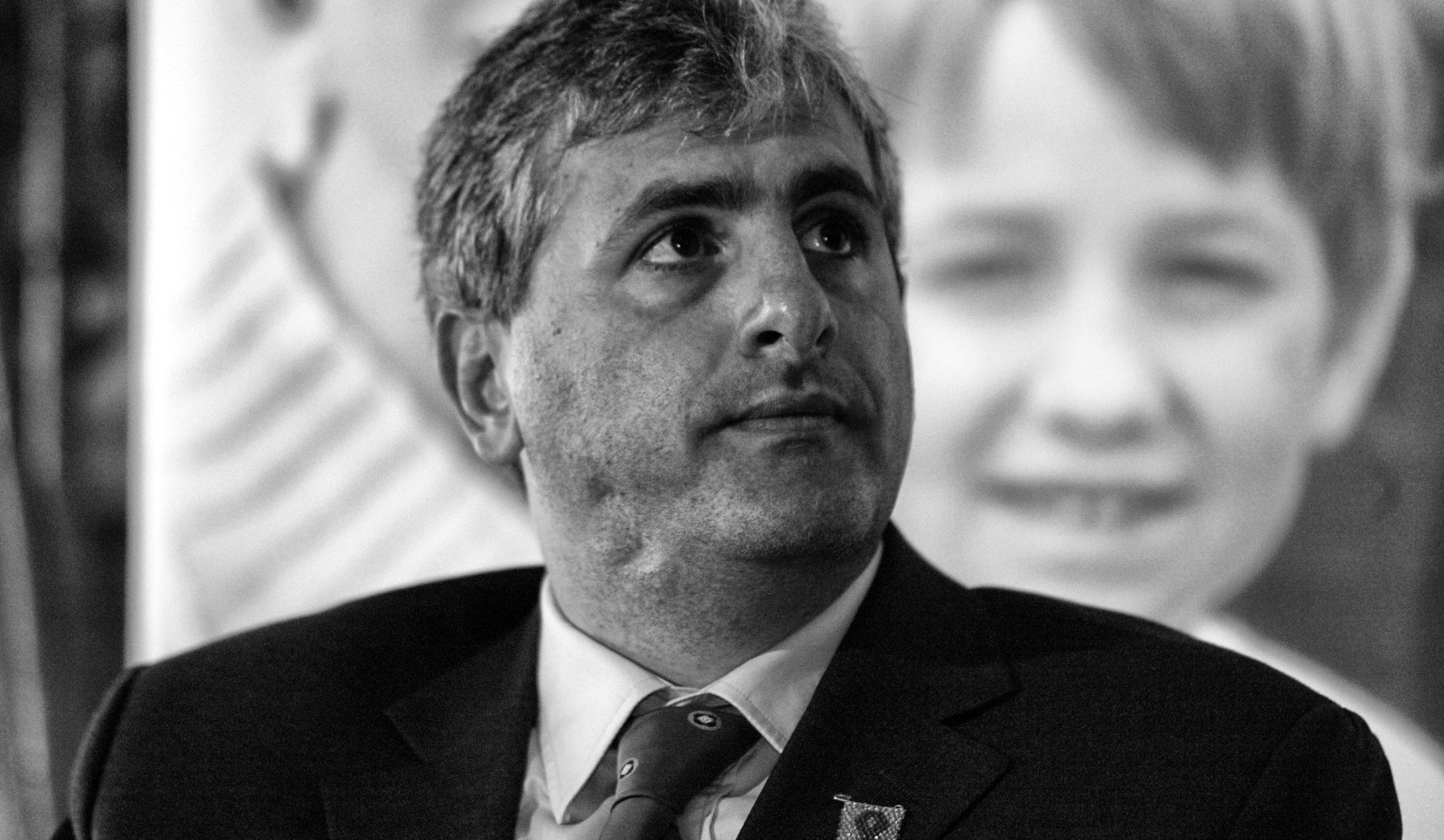 Several SA companies have suffered big share-price declines over the past year, notably drug maker Aspen and sugar producer Tongaat. The common factor among many of the implosions is their high debt levels. Are JSE companies over-indebted and what level of debt should be a red flag for investors?

Drugmaker Aspen has lost almost half of its value since announcing the $829-million sale of its infant-formula business to French dairy giant Lactalis International in September 2018, which experts say has all the characteristics of a fire sale.

The company has been on an aggressive acquisition drive ever since it purchased a chain of local pharmacies in 1999. It started producing Africa’s first generic HIV antiretroviral drug in 2003 and expanded into infant formula the year after. But the shopping spree has finally caught up with the company as debt hit R53.5-billion at the end of December.

What has added insult to injury is that the sale of the infant formula business is being held up by regulators in New Zealand, restricting the company’s ability to pay down its borrowings, which include a €1-billion loan that matures in May 2020 and a €500-million facility due May 2022, according to data compiled by Bloomberg.

CEO Stephen Saad told Fin24.com that lowering debt is an immediate priority for the company, stating that further asset sales are under consideration.

Sugar producer Tongaat is in a similar position and its share price has been on a downward trajectory since it warned in February that it expected a full-year loss due to local sugar taxes and higher sugar imports. The firm is currently reviewing its strategic and financial position to stabilise debt levels and stabilise the business. The firm, whose net debt stood at R7.754-billion ($539.54-million) as of 30 September 2018, said in February it had entered discussions with its lenders.

Group Five, formerly one of SA’s biggest construction groups, went into business rescue last week as a long-standing cash flow crisis and crippling debt levels have brought the business to its knees. It needs R3.6-billion to fund its working capital requirements in 2019 if it is to survive in an industry that is in distress.

Difficult trading conditions and an increase in borrowing cost resulted in a loss for Consolidated Infrastructure Group of R1.4-billion for the year to end August 2018. The group is presently operating under a debt standstill agreement with its funders, which agreement expires on 1 April 2019.

And although debt levels should not be viewed in isolation when determining the quality of a company, it can make or break a company in the end.

Jason Forssman, Head of Equity and Multi-Asset at Ashburton Investments, says leverage works if your returns on investment are in excess of the cost of that debt. Most corporates carry some form of debt, he says. But adds that debt levels start posing risks to the balance sheet when the debt/equity and debt/ebdita ratios start increasing rapidly.

“The higher the ratio, the redder the flag,” he says.

Debt/ebitda is an uncomfortable term, but it’s relatively easy to apply. The ratio is the total of a company’s long and short-term debts divided by its total earnings before excluding interest, taxes, depreciation and amortisation. In other words, it’s an attempt to look at what the company makes divided by its debt before technical and variable factors apply. Usually, anything more than a ration of four is considered dangerous. This is because effectively it would take four years for the company just to pay off its debt, before you even consider paying taxes or dividends.

But Aspen’s 4.4 debt/ebitda ratio is similar to both British American Tobacco (BAT) following its acquisition of Reynolds and Anheuser-Busch InBev after it merged with SABMiller. BAT and AB InBev are both relatively highly levered companies with a debt/ebitda ratios of 4.1 and 4.7 respectively.

However, the number is high, and as Ashburton holds a stake in Aspen, “we are paying attention”, says Forssman.

“Financial strength is vital. We like companies with sustainable debt levels capable of withstanding economic shocks.”

Forssman says Aspen is still a decent company and had an attractive profile when they bought into it, but economic stresses have started taking their toll.

Even though Aspen remains the biggest generic player, it has had to change strategy as competition heats up in that space, and now has a larger focus on therapeutic and nutritional medicines, which has not paid off yet; its dollar-denominated debt became harder to service when the euro weakened against the dollar and the cash flow projections no longer fitted the debt profile. Even when the company tried to remedy the situation by restructuring some debt into euros, the currencies in some of its emerging market operations collapsed, making the situation worse. The business has become vulnerable.

Meanwhile, the lag in finalising the baby formula deal and increasing inventory levels and lower cash conversion rates has Aspen sitting on around R53.5-billion of debt if interest rates were to go up.

Aspen has become a victim of circumstance, and as lenders are not comfortable on a ratio above 4 times ebitda, accessing funding at a level of 4.7 has become a difficult task. Subsequently, the market derated the drugmaker’s forward p:e from 20 to 6.5 times.

But Aspen is not alone. AB InBev was highly rated when it bought into SABMiller, and when interest rates changed the stock was rerated aggressively. BATS is facing challenges as the FDA threatens to hinder the sale of some of its most cash-generative products, which could potentially put pressure on their cash flow and earnings.

Construction companies have also fallen victim to circumstance. The industry has become so competitive with tight margins that when a contract or project goes wrong and payment is not apparent to service the debt taken on to finalise that project, the foundations start to crumble.

So the moral of the story is that a highly aggressive acquisition can pay off in the long run, economic or legislative stresses can change that position in a heartbeat. So, it’s important for companies to be able to withstand times of stress if the balance sheet is highly leveraged.

Forssman emphases, however, “that debt should not be reviewed in isolation” when trying to determine the quality of a listed entity.

“There are three principal areas that should receive attention when valuing the quality of a stock – profitability, financial strength and cyclicality of earnings. For example, to weather a decelerating growth environment, a company should have a strong balance sheet, a degree of defensiveness which reduces earnings volatility, and the ability to sustain profitability.

“Profitability is fundamentally important. Stock returns are generally a function of earnings growth and so we evaluate a company’s ability to generate earnings growth over a long period of time.

“Other key metrics we look at are return on assets, return on equity and return on invested capital which are all good indicators of profitability. A company’s ability to convert earnings into cash is also an indicator of quality, he says.

“Finally, we prefer companies with low earnings volatility, positive earnings through the economic cycle and a track record of uninterrupted dividends.

“Once we have satisfied ourselves that our financial analysis confirms these metrics of quality, we then evaluate additional qualitative factors such as barriers to entry into the business of the company under analysis, the strength of current management and the regulatory and social environment that the company operates in.”

What are examples of companies that pass these rigorous quality tests?

Over the last five years, it has managed to grow compound earnings in excess of 14% per annum in Euros. Having invested €2-billion in acquisitions since 2012, their last reported return on capital employed of over 24% suggests strong management, prudent capital allocation and efficient operations – all the hallmarks of quality, says Forssman.

Companies borrow cash for any number of reasons including acquisitions or share buy-back schemes, but the end-goal is usually the same: to stimulate growth or improve investor returns. And that is a good thing. The problem comes in when a business’ borrowing reaches a point where its cash flow isn’t large enough to service that debt. The potential for default pushes up the risk of owning that stock and investors should factor that in when they decide to buy a share in a company or not. DM