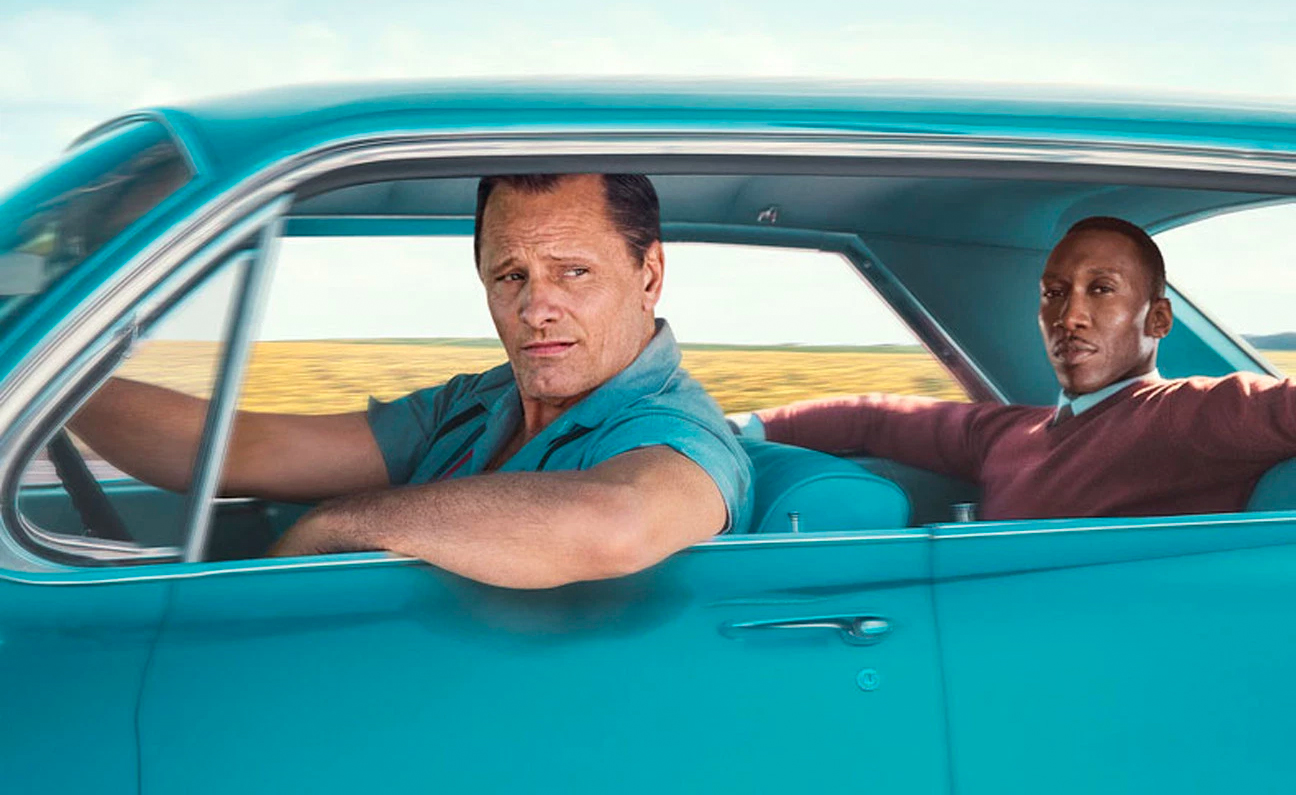 In recent weeks I watched the film Green Book several times and finally got around to watching Black Panther. Both films were much talked about in 2018, but for very different reasons. And our reaction to them was also sharply different.

Director Ryan Coogler’s 2018 film, Black Panther, largely takes place in the mythic African country of Wakanda that has been untouched by the ills of colonialism. The country is at peace and the sole source of an awesome, near-magical mineral. (Presumably, the very real Ethiopia — an actual non-colonised African state historically was not the model for Wakanda.)

The film was based on the Marvel Comics character and storyline bearing the same name. This place of Wakanda holds indigenously developed, very advanced scientific and technological prowess; and it also has armies of very tall, very bald women who serve as an all-female praetorian guard. Inevitably, a leadership succession struggle takes the eponymous hero on some high-speed car chases around the world and then it moves to a cinematic standard (and rather bloodless) fight to the near-death in order to determine who will be Wakanda’s next ruler. And thus, inevitably, peace, virtue, goodness, wisdom, and love fill the screen.

Along the way, very curiously, Wakanda’s salvation comes through the unlikely intervention and assistance of a CIA agent, as well as the dizzyingly deft military skills of those aforementioned Amazon guards. Due to the casting of both John Kani and Atandwa Kani in supporting roles in this film, besides English, the Wakandaese, Wakandaoise, or Wakandians sometimes speak actual isiXhosa, rather than the more usual Hollywood gobble-gobble that so often substitutes for an actual African language.

However, this film is, at its core, simply a more frenetic, live-action/CGI comic book on the big screen; but it is one that quite cynically cashes in on the understandable cravings for a genuinely mythic black hero — besides, say, Simba of The Lion King. And it was immensely popular with such audiences, sparking some ferocious debates about the nature of cinema’s treatment of Africa.

But the dialogue, the acting, and the underlying storyline all reflect the film’s origins in the world of the comic book, or, if you want to be high-toned about it, the graphic novel. But I gave up reading comic books over half a century ago. As a result, stories about imaginary lands, accompanied by ultra-fast car chases (and the admittedly imaginative sets and very slinky costumes with lots of leather) no longer thrill me quite as much as they once did back when I was a teenager.

Meanwhile, Green Book came along this past year as well. This one was in the time-tested vehicle of a “buddy film”, where a pair of men embark on their personal test of a journey — as a kind of quest. (Mythologist and author Joseph Campbell would have understood the Jungian measure of this saga completely, just as Homer might have as well.)

In this second film, it is 1962, and the very talented classical pianist, Don Shirley, a proud but aloof, seemingly emotionless African-American, is about to embark on a two-month concert tour by car from New York City through the American Midwest and then on into the Deep South. (The real story had Shirley travel for a year-and-a-half.) His concert tour is due to wind up just before Christmas. Although events are compressed and dramatically heightened, it is, at its heart, a true tale.

For the trip, Shirley hires as his driver, and “general dog’s body”, Tony Vallelonga, a slightly juiced-up (ie, he has modest connections with the New York mob) nightclub bouncer, now out of work since the club where he was working has been shuttered for several months, due to renovations. Vallelonga and Shirley come from entirely different worlds, even if they are both New Yorkers.

The film follows them in their car as they confront an assortment of increasingly dangerous physical, personal and psychological trials. The Green Book of the title was a published guide to the restaurants, restrooms and overnight accommodations black Americans could access in the segregated South, without fear of being refused service, beaten up, or even arrested. (My wife reminded me that when the Eoan Group ballet and opera company travelled from Cape Town to Johannesburg in the early 1960s, they too needed an informal Green Book kind of guide so that they could find places to stay in or eat at — almost always in the homes of Johannesburg’s Coloured community, by virtue of the visiting company members’ own racial classification.)

Along the journey, Vallelonga introduces Shirley to a new slice of American life — from real Kentucky fried chicken eaten with the hands, to the music of the likes of Chubby Checker; while Shirley tutors Vallelonga on how to write to his wife during their lengthy trip in a way that actually expresses his inner feelings. Along the way, they encounter racist Southern sheriff’s deputies, segregated performance venues, and virtually every possible slight that could have befallen a black man in the American South in the 1960s, save for a lynching. As it must, such a journey changes them both —in subtle, and some not so subtle ways — before they finally return to New York City in the middle of a blizzard.

Directed by Peter Farrelly (a man more associated with broad cinematic romps like There’s Something About Mary than a story like this one), Green Book gained three Oscars, a strong fan base — and a whole roster of controversies. These ranged from disparagement of the bona fides and appropriateness of the director, and whether a white man should even tell this story, and then on to whether the story had been true to Shirley’s actual personality and life.

There was controversy, too, about whether it was just another one of those “Magical Negro”-style tales, something in the manner of Driving Miss Daisy, where a saintly black man suffers in order to reform a wayward, prejudiced white. And then there were complaints that this film had been structured through the eyes of the white man — Tony “Lip” Vallelonga — rather than the pianist, and that Shirley’s relatives (he and Vallelonga had both died in 2013) had not been consulted sufficiently before the film was made.

Still, after having now watched it twice, and following serious conversations with family members about the story of this film after we had seen it, I found myself increasingly drawn to its cinematic portrayal, as well as the story’s deeper meanings.

In that same year of 1962, I was living in the Washington, DC area, a city whose privately owned citywide bus system had only just been integrated. Downtown lunch counters and restrooms were, in many cases, only recently and rather grudgingly desegregated. There were still nasty public arguments, and even physical confrontations in the city itself over the imminent integration of the city’s best (and then solely white) public high school. Meanwhile, in the state of Maryland, in smaller, more conservative towns like Oxford and Cambridge, civil rights marches and sometimes violent counterdemonstrations were a frequent fact of life.

And there were still resorts and beach towns along Maryland’s Chesapeake Bay shore where segregation was being enforced by custom on public beaches, or by specific sign postings — if that particular bit of shoreline was private land. After watching the film, I remembered having gone to some of those beaches as a teenager, without realising the restrictions, or perhaps just unconscious of their significance at the time.

Then there was the more southern state of Virginia, where segregation was still enforced in many public spheres, and where the legality of the marriage of a racially mixed couple was being fought in the courts, before the couple’s right to be legally married was finally upheld by the Supreme Court only in 1967. That case was aptly named: “Loving v Virginia”. When my newly married South African wife and I returned to America in 1976, even though housing was less expensive in Virginia than in Maryland or Washington, I simply could not bring myself to move into Virginia, after having just left South Africa.

Green Book, despite its flaws, forces the viewer to revisit the racial circumstances of the world of 1960s America. If some audiences found elements of the story seemingly implausible — especially among self-assured millennials perhaps — for me, Green Book was accurate enough to induce squirmings of embarrassment over where America had been just a half a century ago, and even a rueful grimace over how much more it may yet have to travel.

Now I must watch Spike Lee’s newest film, the award-winning BlacKkKlansman. And maybe I shall track down a copy of Mira Nair’s 1981 cult classic, Mississippi Masala, to watch it yet again in order to keep hold of a sense of the complexities of race in America. DM