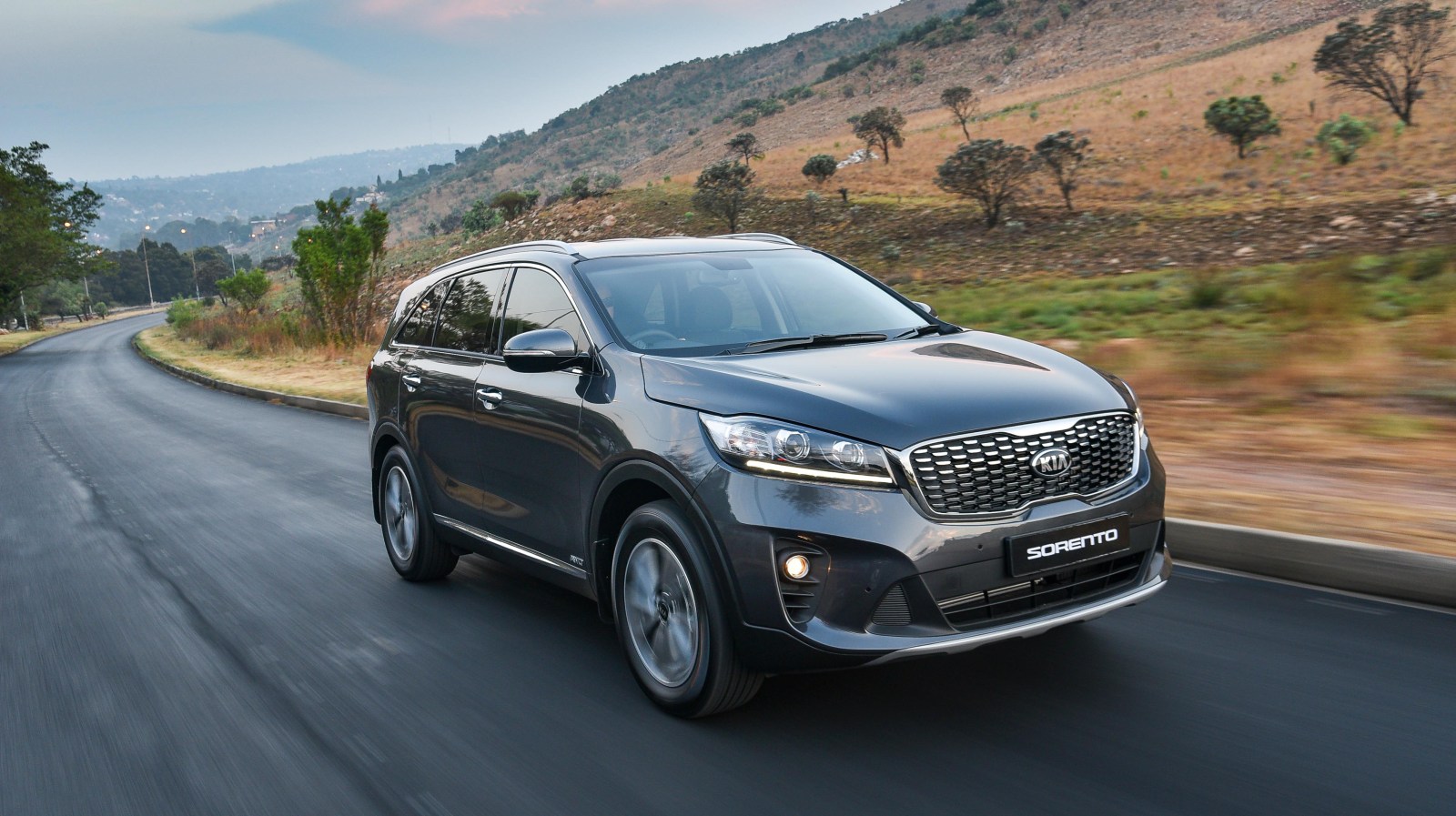 There’s nothing particularly distinctive, nor obviously exciting, about the recently updated Kia Sorento. But spend some time in this spacious SUV’s company and you might find that there’s a lot to like, after all …

To be frank, the Kia Sorento hasn’t ever been on my radar screen. Despite its not inconsiderable bulk, the Korean SUV isn’t strong on charisma, which means it can get lost in the motoring crowd all too easily.

However, as I found out, one shouldn’t jump to conclusions: this is the kind of vehicle that needs to be experienced before making any judgement. And if you do find yourself sliding in behind the big Kia’s wheel, do so with an open mind. 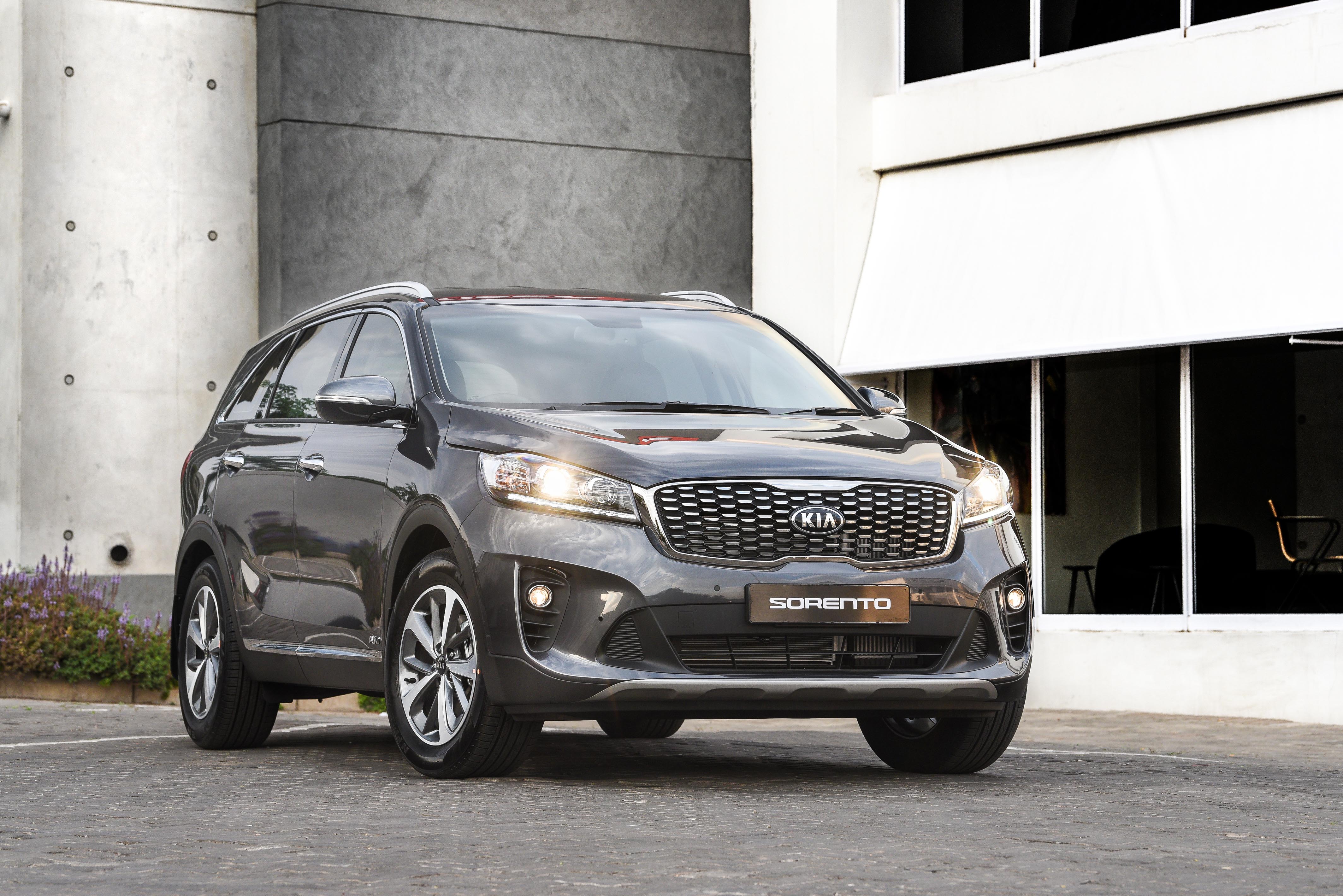 The Sorento is what is generally categorised as a mid-sized SUV, but it looks more imposing in the metal. At 4.8m long, 1.89m wide and 1.69m tall, It’s a big slab of a machine that will occupy most of your standard-length garage.

Upgraded and repositioned in 2018 as part of a midlife facelift, this latest Sorento benefits from some minor nips and tucks, most notably to the front end.

A bolder, filigreed grille emphasises its membership of the Kia family, while the slanted headlights deliver a brighter-eyed look. Also new is the deeper front bumper, with fog lamps neatly tucked into recessed apertures on either side. 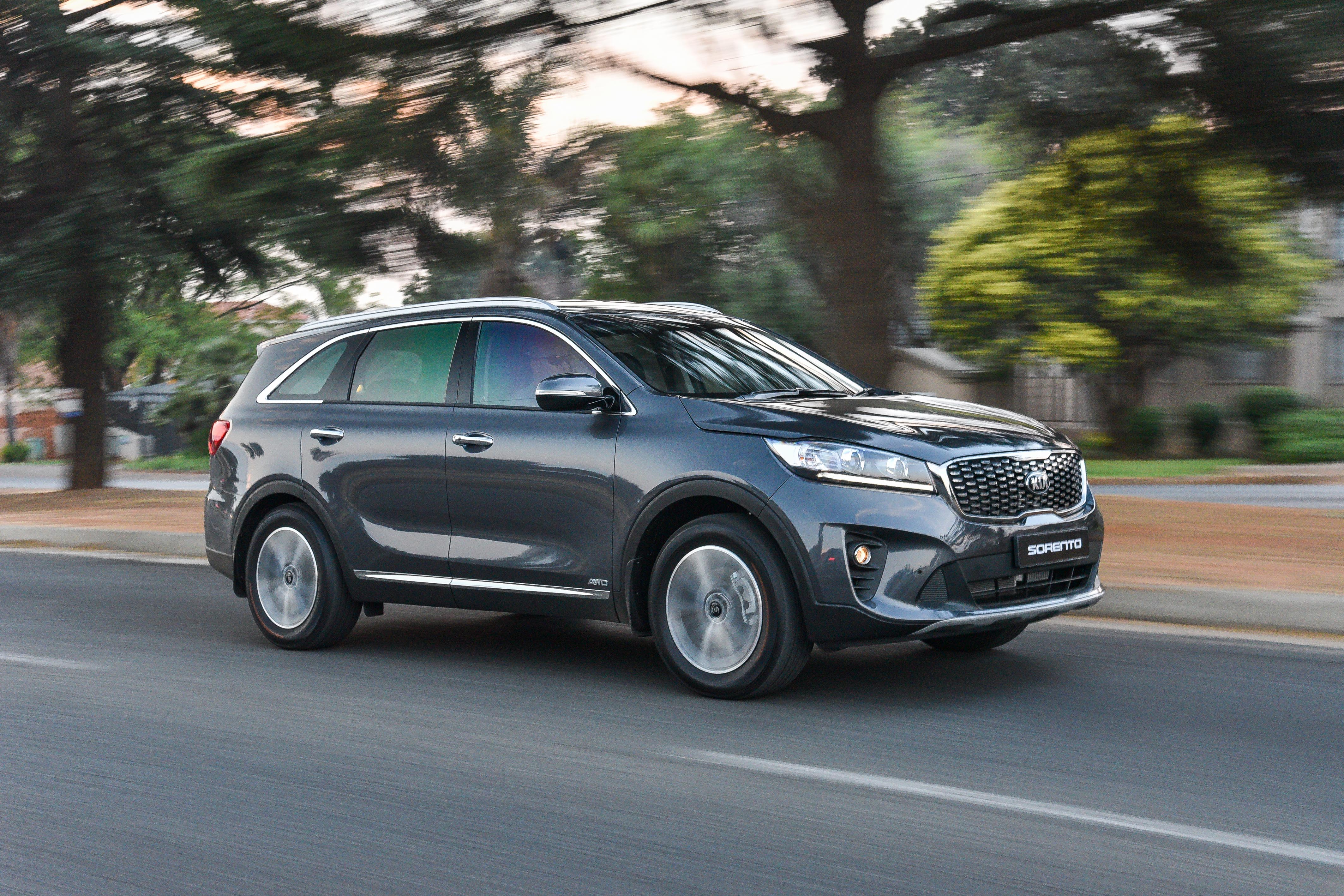 Subtle is the keyword when it comes to the rear enhancements, which are limited to updated taillight clusters and a tidier bumper. Handsome 18-inch alloys complete the exterior picture.

The overall result is fresher, yes, and if you own the previous model, you’ll spot the differences immediately. But the inherent styling package remains fairly generic and inoffensive.

Step inside, and it’s the spaciousness of the interior that grabs your attention. If the Sorento looks big from the outside, then the cabin’s airy, ample dimensions serve to confirm that notion in convincing fashion.

The second seating row will easily accommodate three occupants, with leg, head and shoulder room to spare. But wait, there’s more: a third seating row can be popped out from under the cargo bay floor, bringing the total seat count to seven.

You pay for that privilege in boot space, however: with the third-row bench seat stowed under the load bay floor, there’s an impressive 605 litres of cargo space to play with. Much of that disappears when the third row is in use, however – larger families will need to consider a trailer or a roof-mounted luggage box. 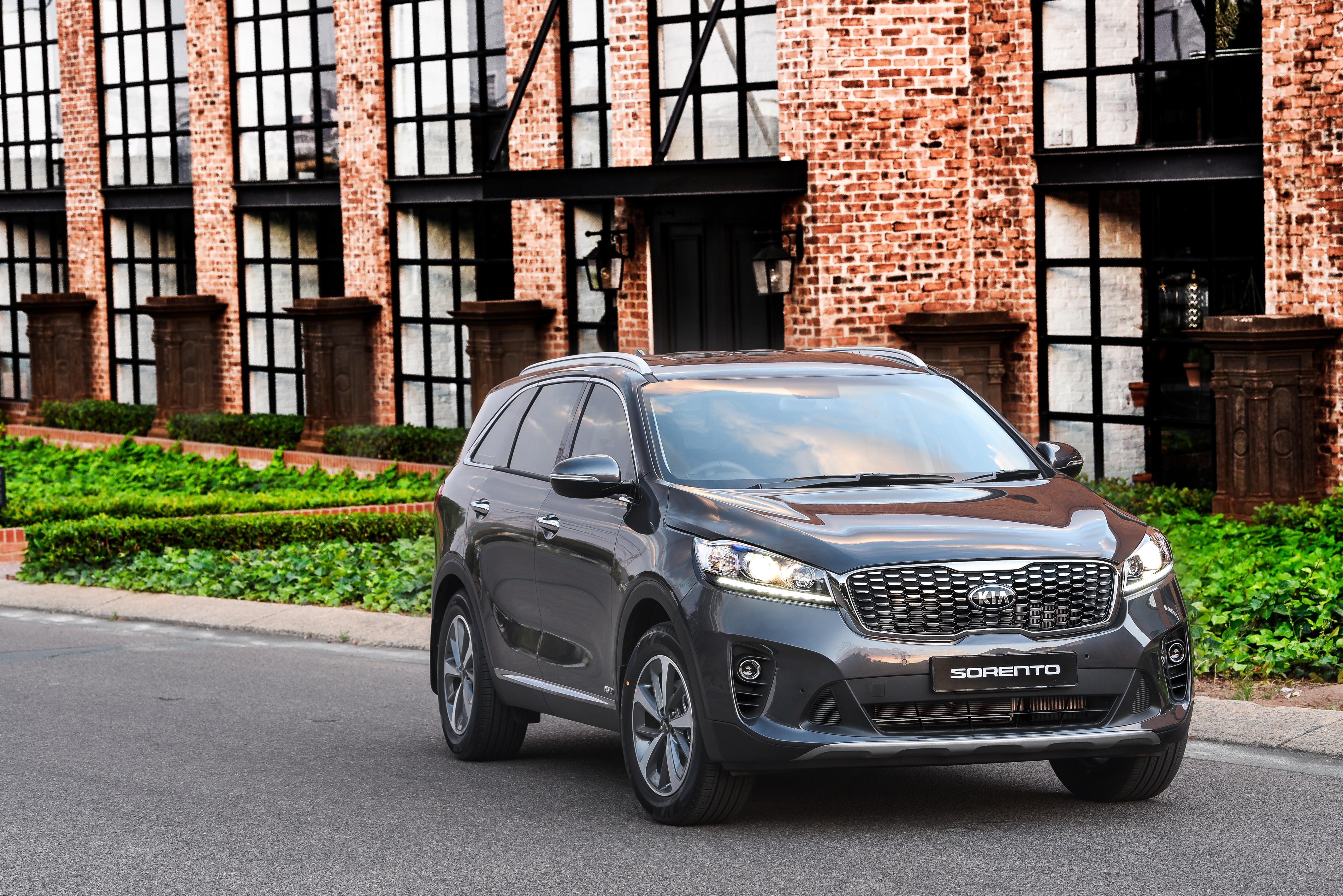 The interior execution finds a convincing compromise between posh and practical. Leather upholstery is standard, and the textured plastics look smart and durable. There’s hide for the steering wheel rim and door-mounted armrests, too, with metallic accents adding further appeal.

For an ostensibly entry-level model (we’re in the LX, not the more upmarket EX) the Sorento has a rich list of extras. One of the most obvious is the 20cm colour touchscreen-based infotainment system.

It offers six-speaker audio, connectivity via Bluetooth, front and rear USBs and an auxiliary jack, hands-free telephony, wireless audio streaming, Apple CarPlay and Android Auto, and satnav. The touchscreen is neatly integrated into the expansive dashboard, with the climate control switchgear below.

The driver gets an instrument binnacle with conventional analogue dials for speed and rev count. Also incorporated is a digital trip computer with scrollable information on fuel consumption, distance, range, and more. 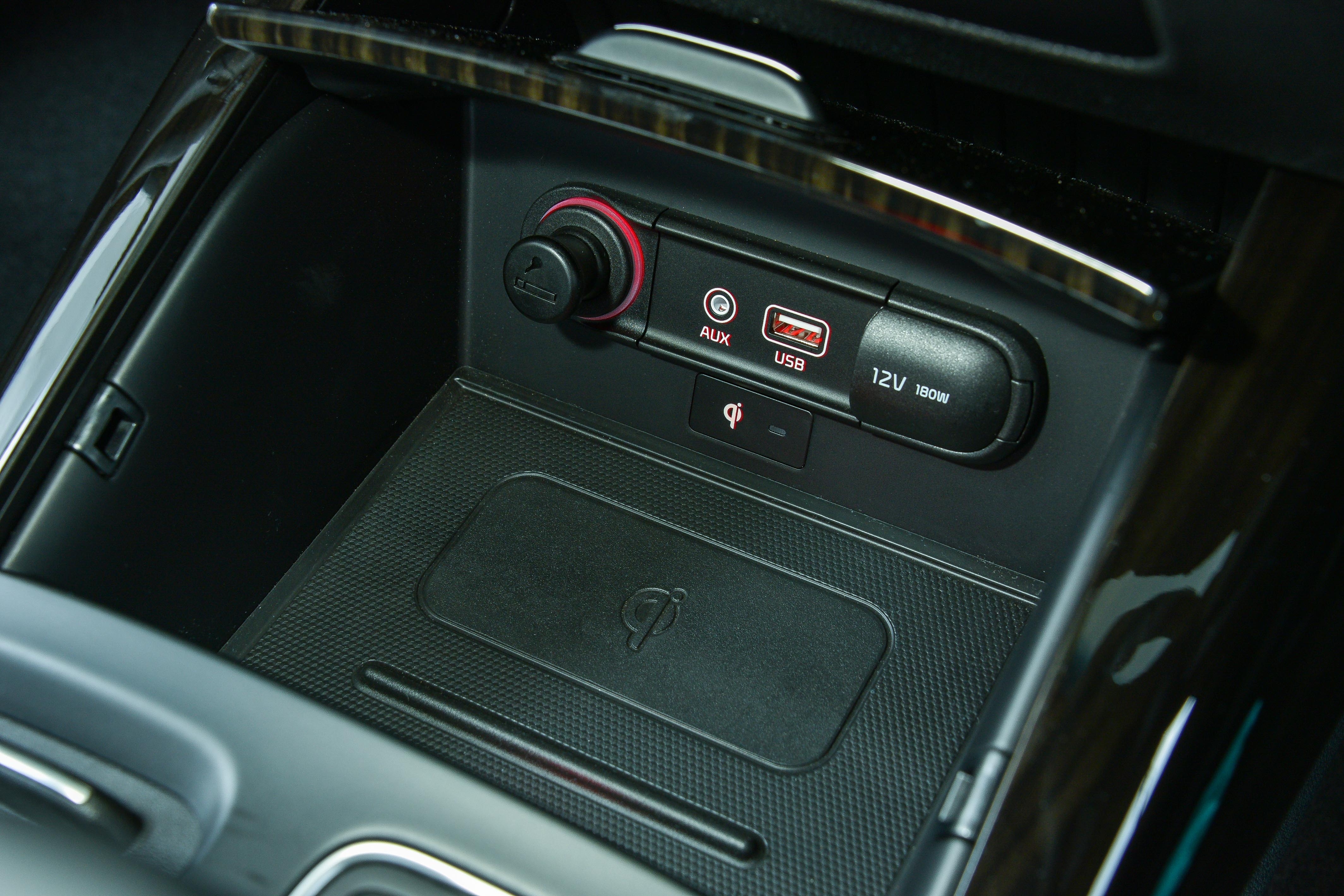 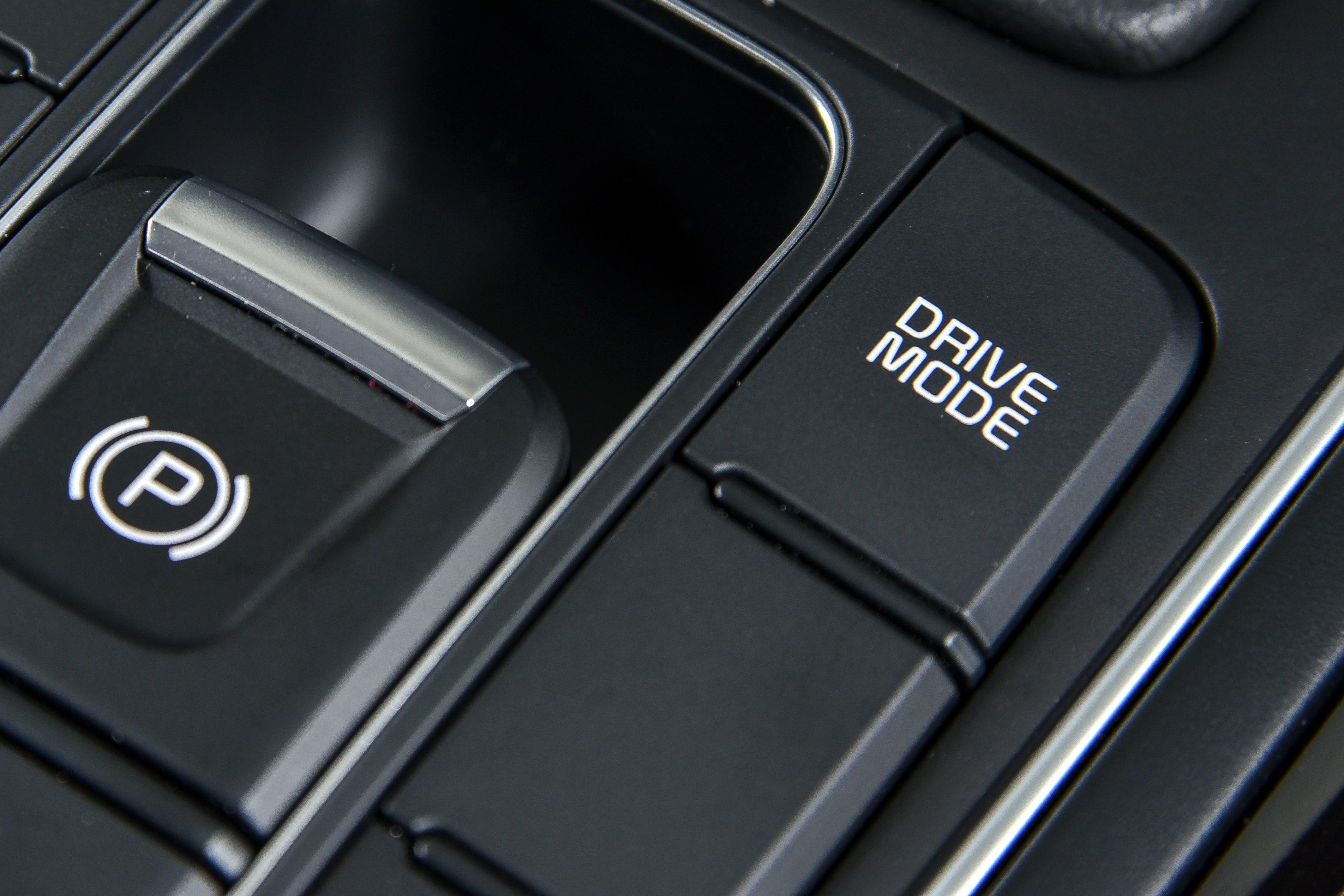 The Sorento’s get up and go comes courtesy of a 2.2-litre turbodiesel engine. It’s a lusty four-cylinder mill, providing a useful 147kW of maximum power, together with 440Nm of torque.

The latter statistic it the important one here, endowing the engine with sufficient lugging power to get the big Sorento off the mark with fair enthusiasm, and ensuring responsive in-gear tractability.

New in this updated model is the presence of an eight-speed automatic gearbox, and a selection of driving modes. You get to choose between Eco, Comfort, Sport and Smart. The first three are pretty self-explanatory. 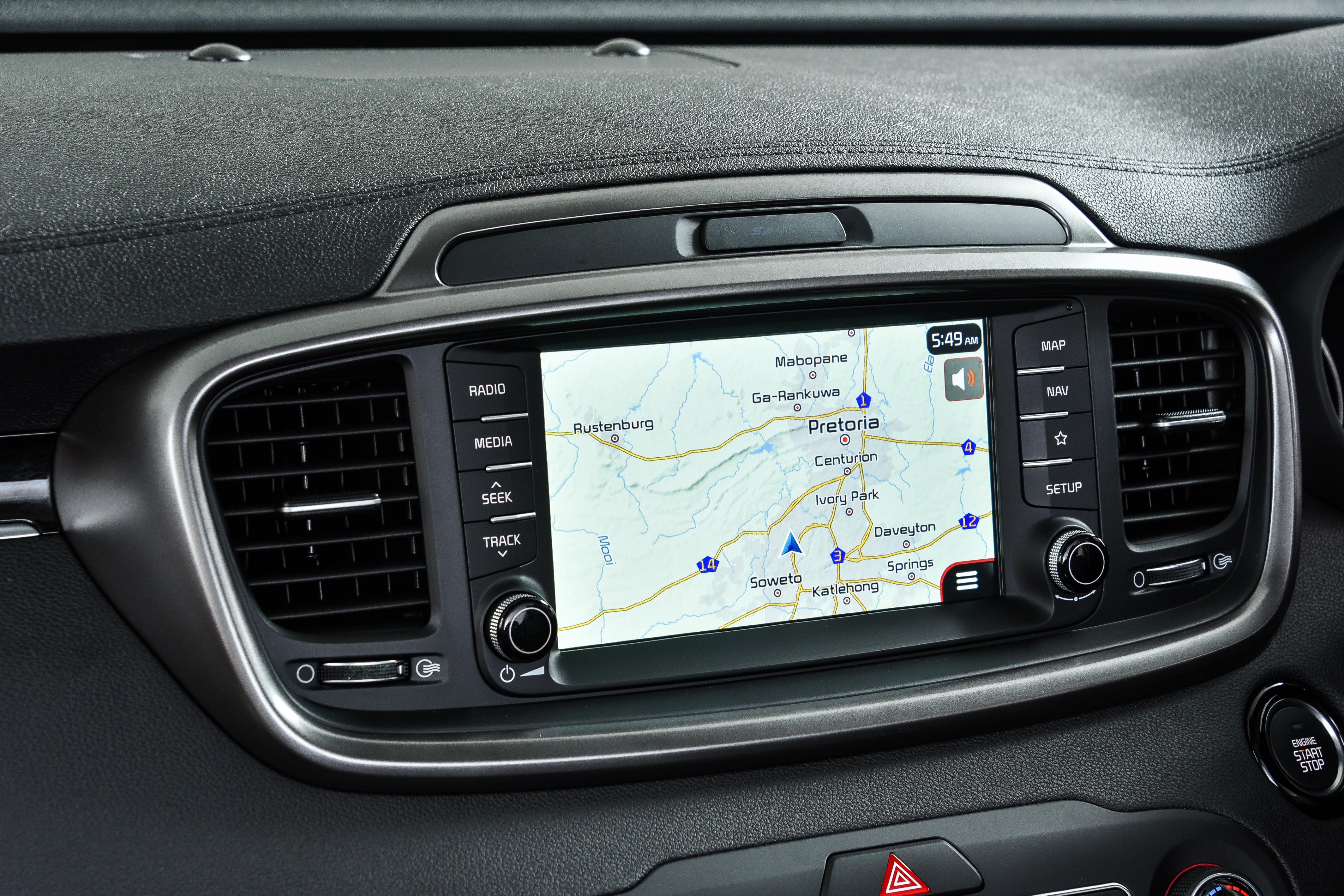 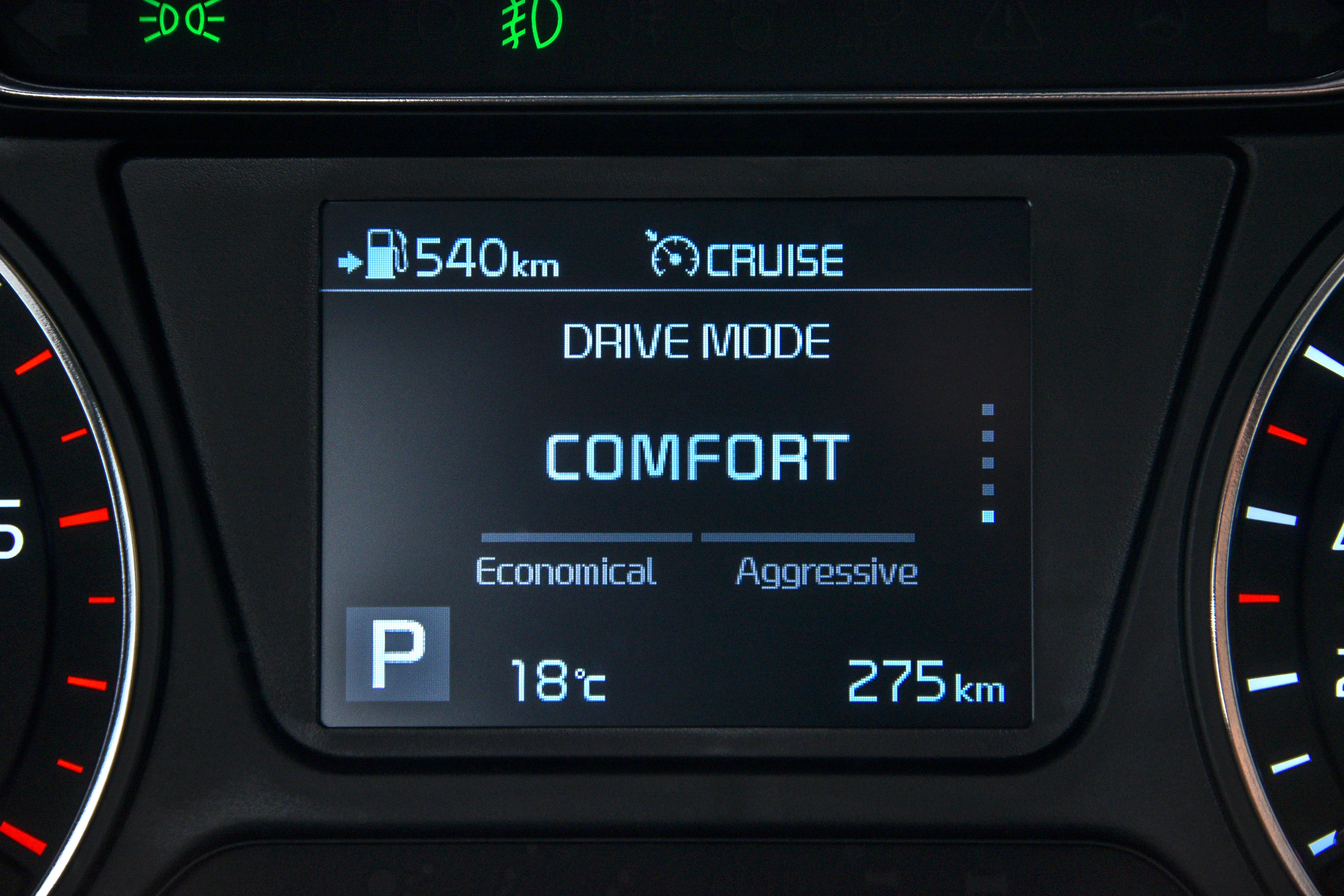 Eco prioritises fuel efficiency by linking gear shift points to lower engine speeds, easing throttle response, and opting for taller ratios as much as possible. Frankly, it turns the Sorento into a sluggish beast, and is best reserved for long-distance, open-road driving.

Comfort is the default setting, and tries to find an ideal compromise between response and efficiency. Indeed, the throttle response is crisper, and the gear changes are more succinct.

However, the Sorento still feels uncharacteristically lazy off the mark, and there’s a distinct lag in reaction to throttle input when overtaking, too. 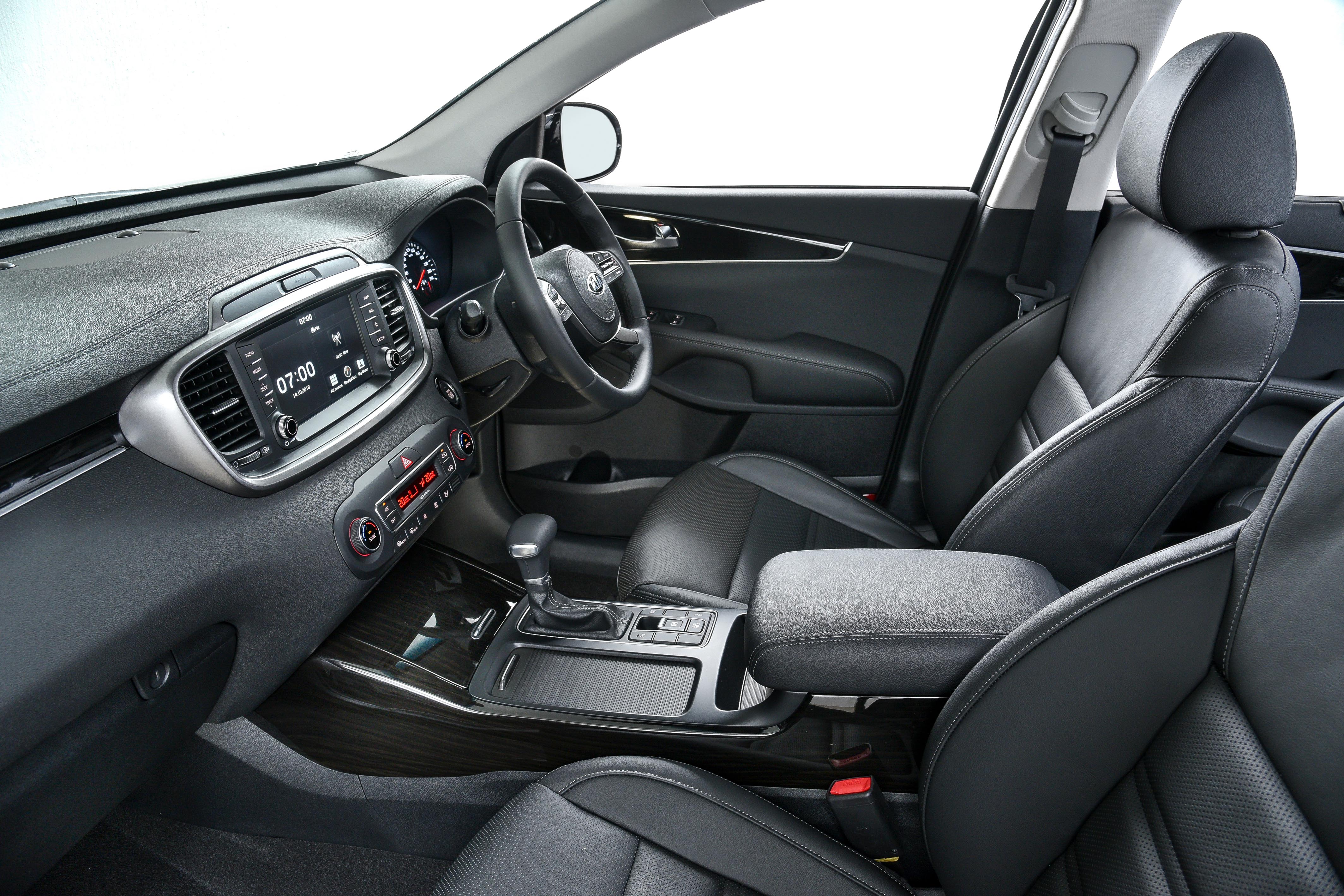 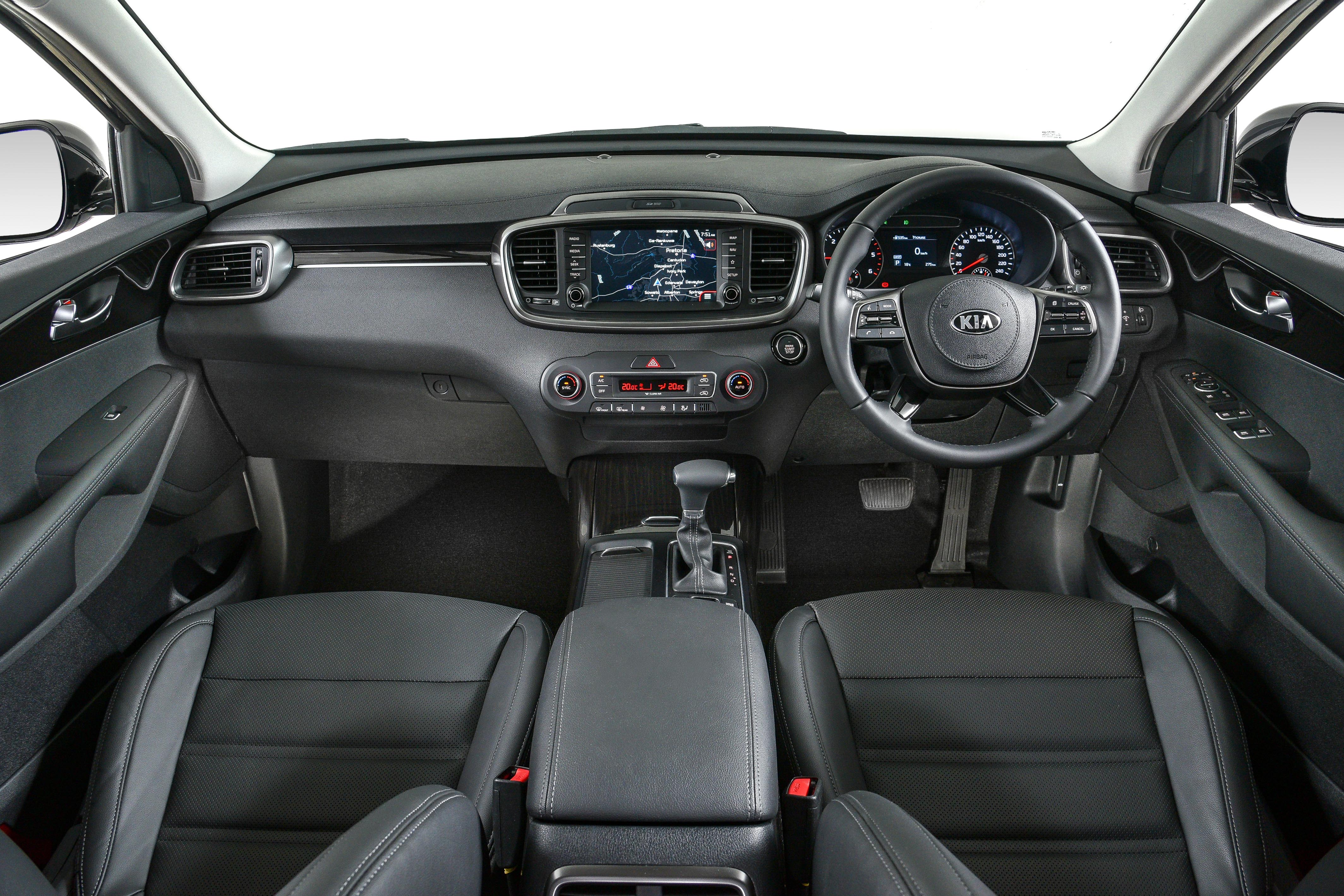 Things get a whole lot better in Sport mode, though: cog swaps are quicker, the throttle response is much brisker, and the engine is kept on song far more effectively. It certainly reveals that the turbodiesel has ample urge.

Sport should really be the default mode, suggesting that the electronic mapping associated with each driving mode may require some tweaking going forward: Comfort mode just doesn’t make the most of what the drivetrain has to offer.

Finally, Smart mode allows the driver to customise the driving mode settings to suit personal preference. However, Sport remains by far the best all-around setting, and I ended up running it that way for much of the test. 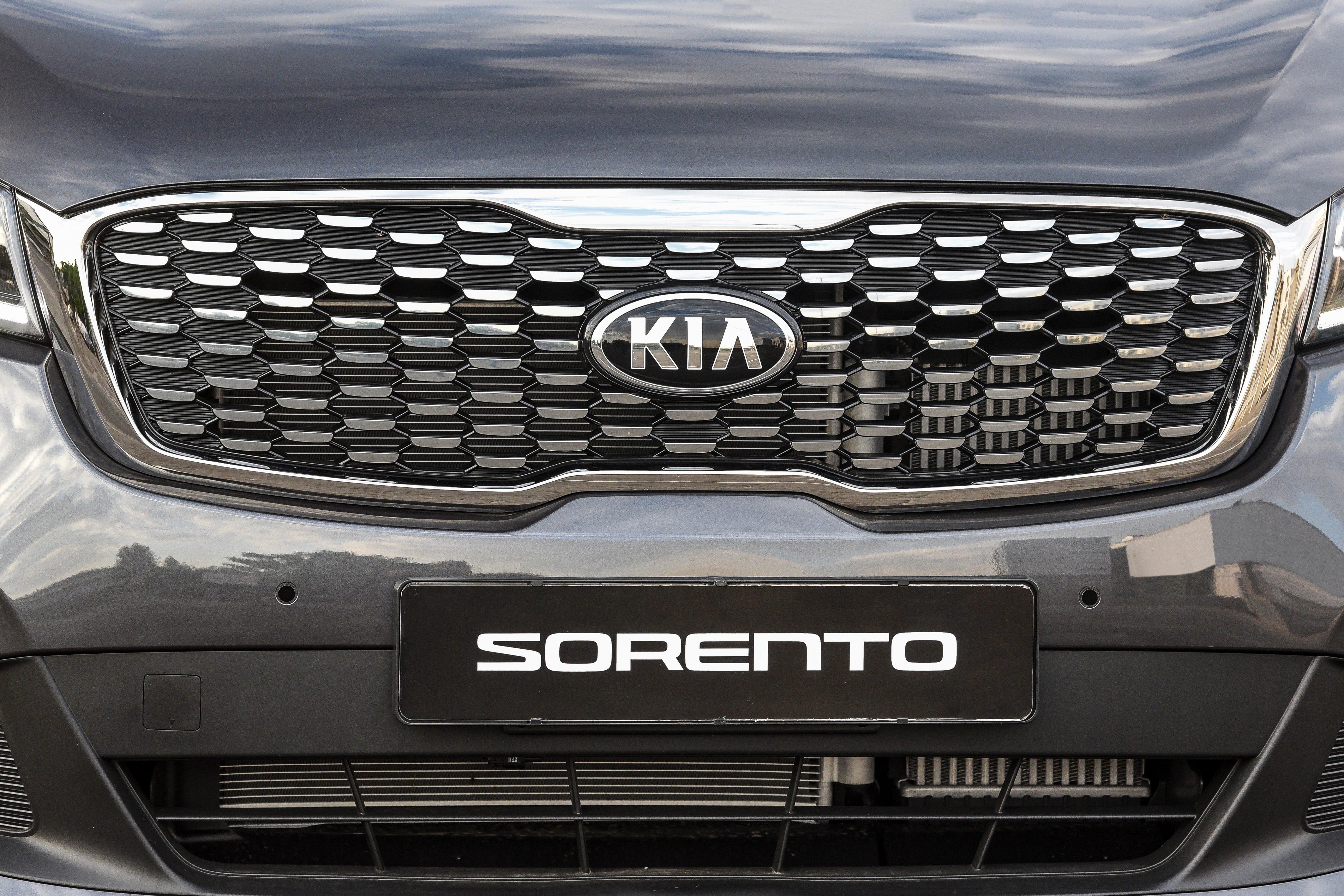 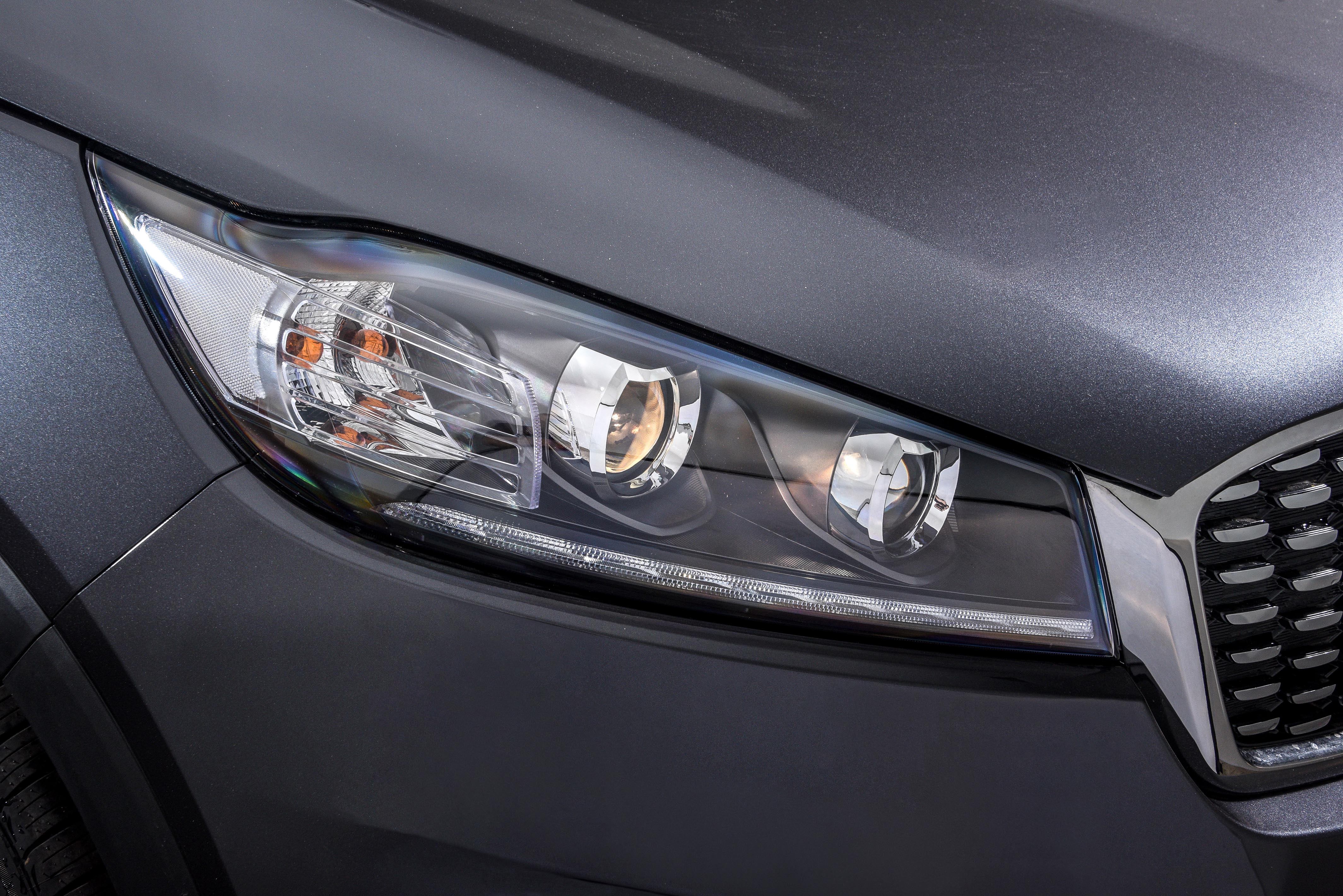 On the road, the Sorento feels nimbler and more boisterous than expected. There is a measure of lag when pulling off, but it’s easily managed, and is likely to be less noticeable at coastal altitudes.

Gear changes are swift and slick, with Sport mode ensuring the engine remains in its power band most of the time. That eighth gear is almost tall enough to be treated as an overdrive, but there’s still enough oomph from the engine to allow for effortless top-gear highway cruising.

Given its size and 1.8ton weight, the Sorento feels resolute rather than agile in the twisties, but even this front-wheel-drive model has sufficient grip to retain its composure when pressing on.

The big SUV remains stable and confident, with mild understeer safely scrubbing off speed for those who get too enthusiastic. Refinement levels are impressive, thanks to a smooth ride and relatively low noise levels – even on gravel surfaces. 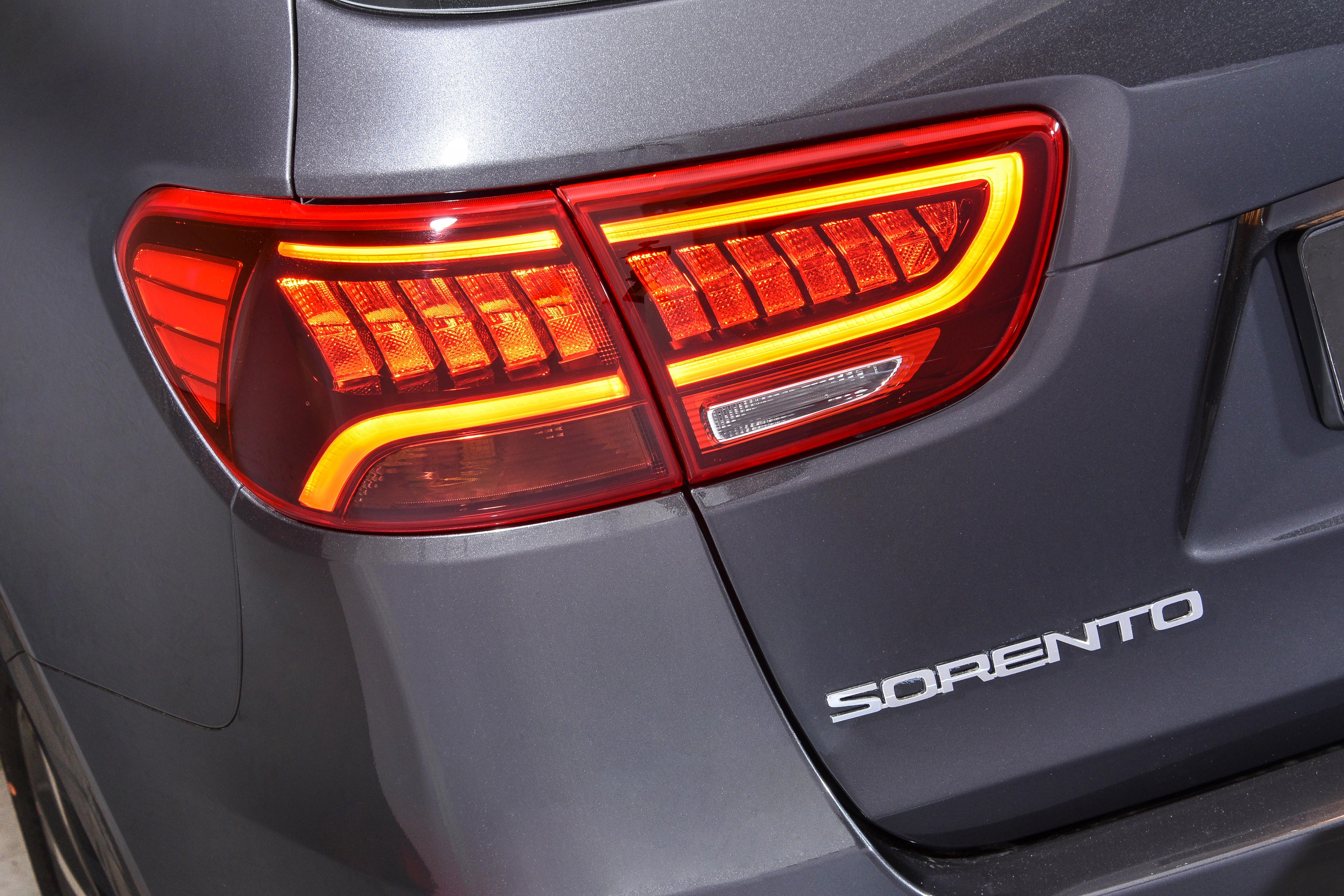 As a result, the Kia is a consummate cruiser, transporting its occupants in spacious comfort. But it also shines in a commuter role, where it’s light, if somewhat numb steering and elevated seating position make it a wieldier machine than anticipated.

I expected the Sorento to feel big and ponderous, especially compared to its smaller, sparkling Sportage sibling. However, I came away impressed with its zest, composure and refinement, while the cabin space is impressive, even if you don’t need the third seating row.

Add a long list of equipment, and a relatively frugal drivetrain, and the Kia Sorento offers a lot of bang for the buck. Given the need to stretch our Mandelas as far as possible, that aspect will always be more important than the Korean’s innocuous identity. 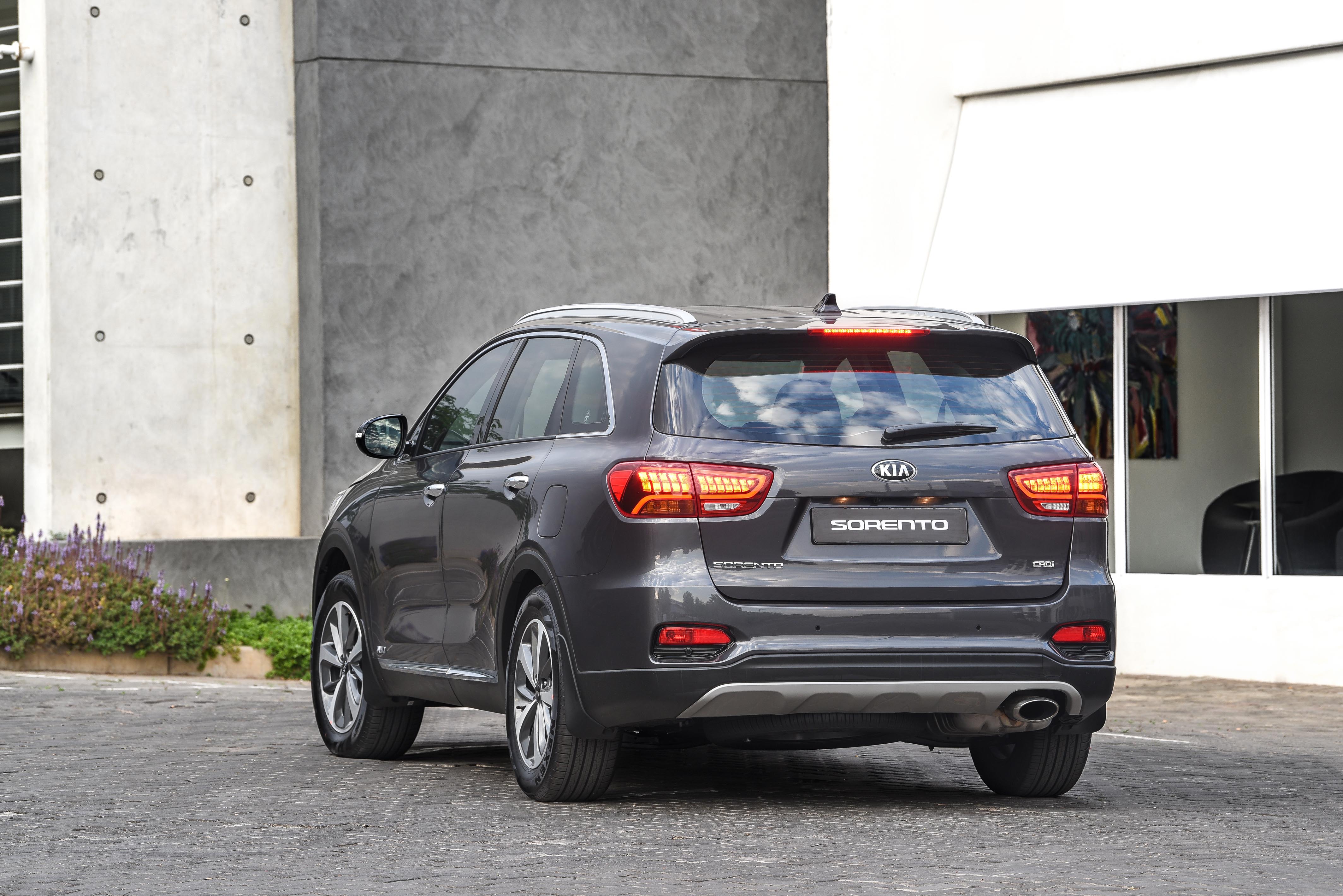 It may not be the sexiest SUV on the block, but it’s certainly one of the most sensible. And that makes perfect sense. DM

Lots of space, lots of go, lots of car for the money. Exceeds expectations on most levels – including the warranty and service plan.

An unobtrusive player in a crowded segment. Driving modes not always suitable to local conditions.