Elections, vague promises and how to slice and dice tha...

Elections, vague promises and how to slice and dice that youth vote 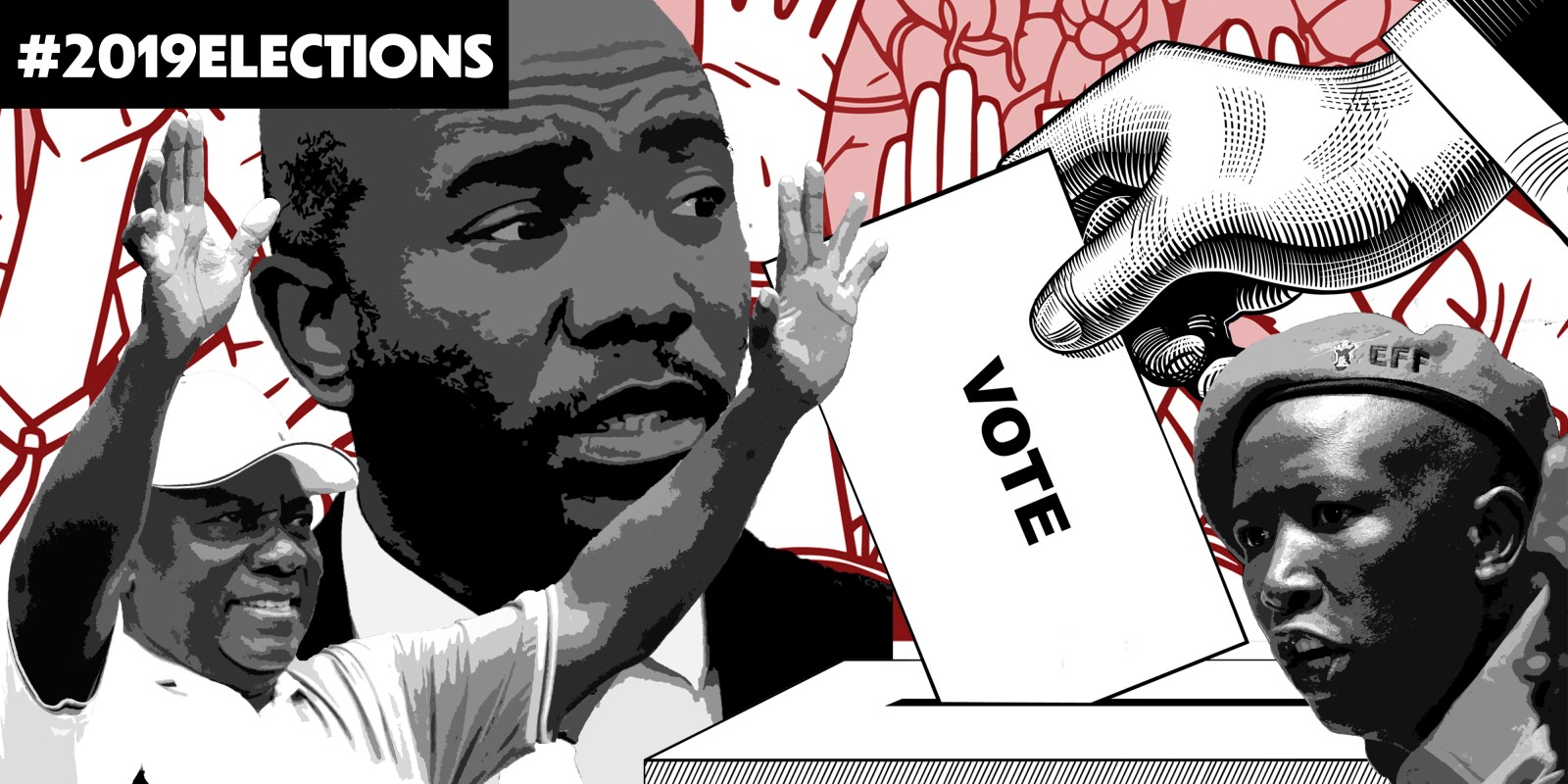 With elections looming, the spotlight has been cast on the youth vote and its value in the polls. The IEC has identified youth as key, but the question lies on whether political parties recognise the significance of the youth vote. And, if they do, do their manifestos go far enough in addressing key youth concerns?

The youth make up 35.7% of South Africa’s total population. A 2014 research report written by Lauren Tracey for the Institute of Security Studies identifies unemployment, crime and corruption, poor infrastructure, service delivery and education as the most pressing concerns among young people. And this has not been lost on the three big political parties who all focus on education and unemployment as burning issues.

However, the programme is similar to the Expanded Public Works Programme (EPWP) launched under the ANC government in 2004. The voluntary national civilian service year seems to be an expansion of the social pillar of the EPWP. Under the social pillar of the EPWP, unskilled or unemployed people are provided with work opportunities in the education and health sectors (early childhood development, home community-based care, community crime prevention and others).

The DA’s voluntary national civilian service year might be limited to the youth, but the ideas are similar. Ultimately it comes down to execution.

When Daily Maverick asked DA Youth leader Luyolo Mphithi what made the voluntary national civilian service year different from the EPWP, he said it would be implemented differently.

“The sustainability of both these projects sets them apart. The sustainability of the EPWP was not providing job security. The national civilian service is a year-long project, geared to provide a sustainable job for a person. Ensuring that that person is able to learn the necessary skills, enabling them to become more employable,” Mphithi told Daily Maverick.

Nonetheless, the national civilian service would be subdivided into three streams: Education, health care and a police academy.

The party’s manifesto indicates that the programme would ultimately produce future educators, police officers and health care practitioners, while also opening doors for participants to further their studies under the three streams.

The EFF has a strong voice in student politics, and its manifesto dedicates a half-page section to youth development.

Although there is a widely accepted perception that government is responsible for job creation, government spends 14% of its Gross Domestic Product (GDP) on public sector salaries, which, according to Our World Data’s statistics, is higher than other BRICS countries.

Business Leadership South Africa (BLSA) along with Quantec conducted a study in 2016 to look at the impact private companies have on job creation and economic growth.

In its manifesto, the EFF promises to pass legislation to compel government departments and public institutions to spend 50% of their procurement budget on youth-owned businesses.

The ANC Youth League’s financial and leadership woes appear to have driven them into silence. This could further dent young people’s outlook on the ANC and its involvement in issues faced by youth.

Vaguely, the leading party’s stance on youth unemployment involves setting “bold, but achievable targets for youth internships, including prescribing a minimum percentage in the public sector”. The party’s manifesto mentions a plan to increase participation in EPWPs through a “guaranteed” placement of TVET graduates, but fails to provide details on how participation will be increased.

The DA, meanwhile, proposes “scrapping the National Youth Development Agency (NYDA) and channelling its funding into the creation of Khuphuka Opportunity Centres”. These centres will provide services such as career and tertiary study advice, assistance/training for small businesses and access to start-up funds and access to information about what job opportunities are available. The EFF, on the other hand, wants to allocate R2-billion to the NYDA.

“The NYDA must be recapacitated. NYDA offices must be in all municipalities in South Africa. There are many young people with business ideas, but unfortunately because of insufficient funding of NYDA, we are unable to produce that cream we require as the South African economy,” Keetse said.

On 16 December 2017, former president Jacob Zuma announced fee-free education during the ANC’s National Conference. The free education is made available to first-year TVET and university students who come from families with a combined annual income of R355,000 and less.

This move was met with a lot of criticism from an economics point of view. Student debt remains an issue around funding free education. Regardless, the government has continued with the plan.

In contrast to the ANC and EFF, the DA takes a different approach to the funding of higher education. The party says it will provide all-inclusive bursary packages to students from low-income families who cannot afford fees, while students from a low-to-middle income bracket will receive partial bursary awards.

The EFF’s promises around higher education will be hard to realise and include commitments such as allowing students to travel free on public transport, providing free learning materials at all institutions of higher learning, free driving schools and laptops. Besides the party having timeframes for each goal, they seem unattainable and unrealistic.

Statistics published by the Department of Higher Education and Training reveal that in 2016 there were 975,837 students enrolled in higher-education institutions.

The ANC promises to “strengthen measures that will improve access to higher education with the goal of achieving fee-free higher education for the poor and missing middle”. There is also mention of developing a new landscape for the often-criticised SETAs to align them with national priorities and industrial plans.

What is common, however, in all three manifestos: Their promises are vague.

Political analyst Steven Friedman told Daily Maverick that “it is difficult to take manifestos seriously because, even where parties are able to implement promises, the processes which need to be followed to turn this into action means that, if anything does emerge, it always looks different to what appears in the manifesto”.

Moreover, the perceptions surrounding the youth vote are often misguided.

“The significant effects of higher education on voter turnout among young people suggests that education indicates a process of cognitive mobilisation is underway among a segment of young people with access to higher education. By virtue of being more educated, these young people have the skills to navigate politics, are more interested in politics and more likely to vote,” she said.

Also, Herzenberg pointed out that there is a group of young people who do not vote if they feel that politicians do not care about their views, “suggesting a degree of dislocation from conventional electoral politics”.

In the 2014 national elections, 83% of 18-19-year-olds registered to vote, but only 27% turned up at the polls while 72% of 20-29-year-olds were registered with a 46% turnout. These numbers might be a testament to the unreliability of the youth vote. Herzenberg told Daily Maverick that young people decided to turn out for reasons that are different to older people.

“They are not guided at elections by party loyalties, but decide to vote based on a host of short-term political and economic evaluations, such as the election campaign,” Herzenberg said. DM