A look at what might happen if South Africa is ‘junke... 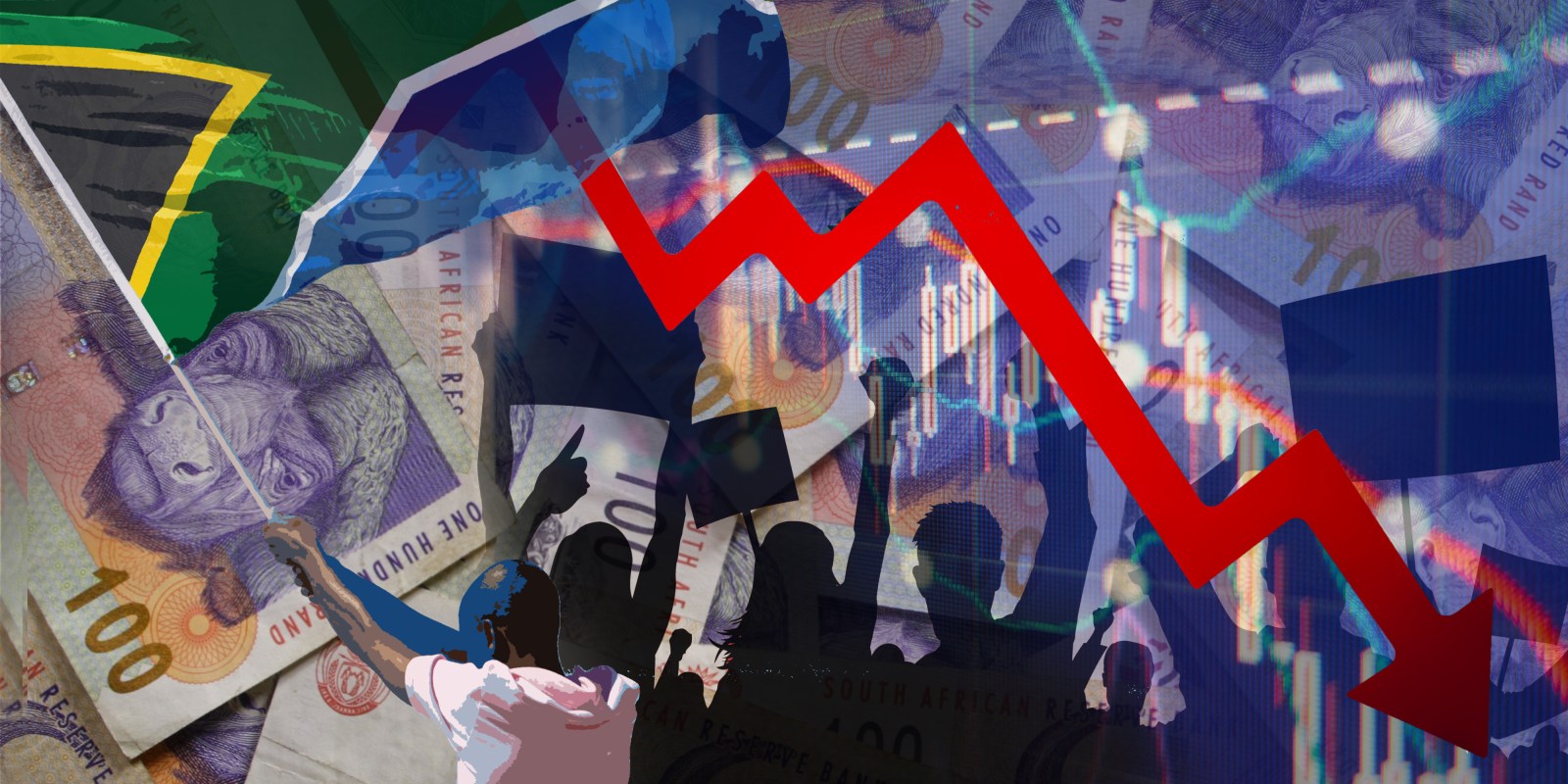 ‘Ramaphoria’ may be present in politics, but with South Africa’s business confidence falling on Wednesday to rock-bottom lows, it’s becoming clear that the idea is not gripping the economy, posing an increasingly pressing question: What will happen if South Africa is ‘junked’ at the end of March?

The ANC’s support in the election campaign appears to be holding, and according to opinion polls, President Cyril Ramaphosa’s popularity is soaring. The leadership of a business-adept president along with investment and jobs summits was supposed to have a catalytic effect of the economy.

Yet the economy is proving to be a stubborn beast, and that was graphically demonstrated on Wednesday when business confidence fell to the lowest level in almost two years in the first quarter, Rand Merchant Bank and Stellenbosch’s Bureau for Economic Research announced. Extraordinarily, more than two-thirds of respondents were dissatisfied with present conditions.

When Ramaphosa was elected ANC leader in 2017 and South African President in 2018, business confidence soared from lows during the politically chaotic times when then President Jacob Zuma was firing Cabinet ministers. But it has dropped steadily since then, dropping every single quarter, and it’s now back to Zuma-era lows.

The significance is that previously, when business confidence was this low, two of the three major debt rating agencies assigned South Africa’s rand-denominated debt below investment grade. The third, Moody’s, put South Africa on a “negative” trajectory, keeping South Africa on the lowest rung of the ratings ladder, but didn’t actually perform the coup de grace.

As a result, South Africa is hanging on by a thread to what is known as a “mixed rating”, and has avoided the ignominious tag of being “junked” or, more precisely, South Africa’s debt would be trading in junk bond territory. When you have more than R1-trillion in government debt swishing around in international markets, this is not a minor issue.

It’s also not a minor issue from a historical point of view either. Standard Bank researchers have examined what happened to a host of countries around the world when they were “junked”, including South Africa’s more-or-less peers, Russia, Hungary, Bulgaria, Croatia, Romania, and Brazil. On average, they went into a recession lasting two years. Urgh.

Yet, the problem with debt ratings is that it’s never quite clear whether they are a leading or a trailing indicator. Brazil is a good example, because when it was “junked” in late 2015, the effect was mild.

In some ways, the rating is less instructive than 10-year bond yields, which rose (which is bad) prior to the formal “junking” of the economy to a heart-stopping 17% earlier in 2015, and actually fell (which is good) when the junk status was formally announced. They are now at 8.8% even though Brazilian debt is still junk-rated, just a tiny bit higher than South Africa’s 10-year debt. But, after the junk rating, Brazil did have two terrible years economically and is still scraping by, just like South Africa.

For South Africa, there is another big problem. To some fanfare, the country became a member of the World Government Bond Index (WGBI) in 2012. Bond index funds are enormous, and just participating in this index more or less required international investors to invest in South Africa’s bonds to make sure their returns matched the index.

It is estimated that about R100-billion has been invested in funds that follow the index over the years, so it’s assumed that this cash will zoom out of the country as soon as Moody’s makes a negative call, sending the rand, once again, into freefall.

One of the index’s rules is that so long as one rating agency rates the debt investment grade, it can be part of the index. With both Standard & Poors and Fitch now rating South Africa’s debt “junk”, everything depends on Moody’s.
So what will Moody’s do? That is literally a R100-billion question, but the omens do not look good.

Moody’s was pretty positive in 2018, but it did warn that South Africa faced a crossroads, either that “a virtuous cycle emerges of economic growth, fiscal prudence and mounting social cohesion” or a that a policy ineffectiveness ensues, which would do the opposite.

Reading between the lines a bit, it may be that Finance Minister Tito Mboweni had a terrible decision to make prior to the budget: Either save Eskom or try and stave off a junk rating. He chose the former, announcing a thumping great rescue package for Eskom, presumably on the basis that if Eskom wasn’t saved, South Africa’s partial-investment grade rating was toast anyway.

With all this doom and gloom about, it’s significant that economists are actually beginning to see things a tad more positively.

William Jackson and James Swanston from Capital Economics said in a note to clients that historically, there’s not a lot of evidence to suggest that inclusion or exclusion from bond indices has a big effect on local financial markets.

When South Africa’s sovereign foreign currency debt lost its second investment-grade rating (preventing some investors from holding these bonds) there was only a small and temporary sell-off in the country’s financial markets.

“Admittedly, when it was announced that South Africa would be included in the WGBI in 2012, local currency bond yields declined by 100bp in the subsequent few months.”

The problem is that yields declined across most emerging markets in that period, so it’s hard to pin the move in South Africa relative to the WGBI. Moreover, it doesn’t look like South Africa’s inclusion in the WGBI triggered a rise in foreigners’ purchases of the country’s sovereign debt.

Greece (in 2010) and Portugal (2012) are the only countries to be excluded from the WGBI this decade. In both cases, yields spiked by about 200 basis points in the weeks after their local currency debt lost its final investment grade rating.

“But the context was very different. Those downgrades occurred during acute phases of the euro-zone debt crisis; South Africa’s fiscal problems are much less severe”. And they didn’t last.

All in all, in South Africa’s case, it looks like a lot of the bad news has already been priced in, they conclude, particularly since inflation in South Africa is probably actually heading downwards after the spike following the VAT increase in 2018.

Investec economist Annabel Bishop argues along the same lines. An $8-10-billion outflow would cause substantial rand depreciation, she says, and the rand could drop between two and three rand to the dollar, which would be about 10% of its value, but only if the global investment environment was poor. The losses would be “less marked” if the environment is “risk on”, as it is called in the trade.

Yet, all of these immediate questions are in some ways secondary; the bigger question is why the economy is not, or not yet, responding to a better political environment?

Perhaps it’s just too soon to see real change, or perhaps the political environment is actually not better; it just seems that way to people not actually involved in the real economy.

Whatever the case, there will be some serious nail-biting at the end of March. DM