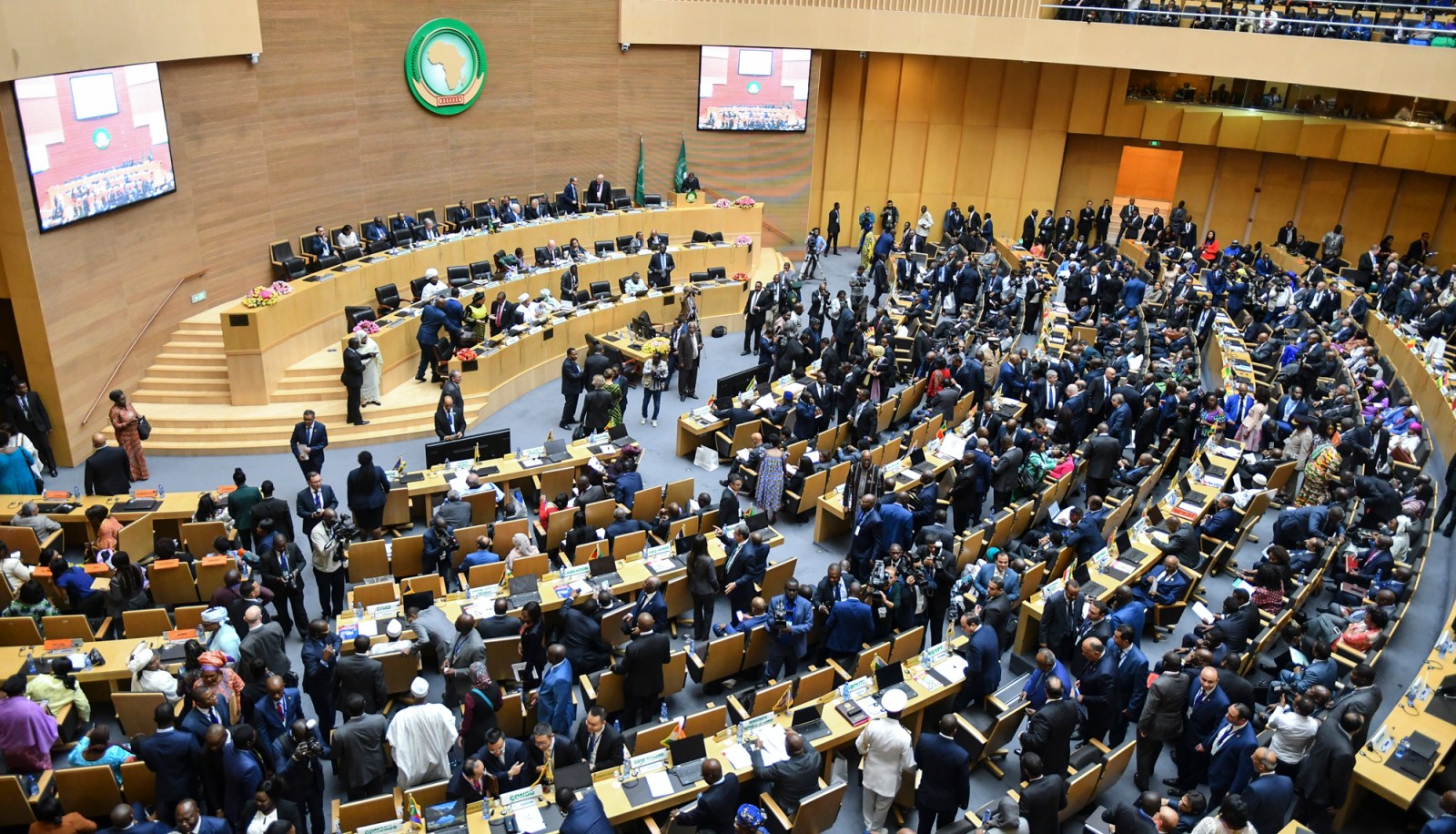 A general view during the 32nd African Union Summit in Addis Ababa, Ethiopia, 10 February 2019. The 34th Ordinary Session of the AU Assembly is set to take place on 6 and 7 February 2021. (Photo EPA-EFE/STRINGER)

Merging the two entities designed for deployment to Africa’s crisis situations is a necessary, though complex, task.

Over the past five years, there has been a great deal of debate about the African Union’s ability to rapidly deploy a combat force in crisis situations. Neither of the two bodies intended for this purpose — the African Capacity for Immediate Response to Crises (ACIRC) and the African Standby Force — have ever been deployed. This raises major questions about their relevance and viability in Africa’s fast-changing peace and security environment.

On 9 January, the AU Peace and Security Council adopted a matrix to “harmonise” ACIRC and the African Standby Force. This long-awaited integration is a step forward, but could add to existing misunderstanding and uncertainty.

As two distinct, but in many ways overlapping, tools for peace support operations, ACIRC and the African Standby Force have competed for resources, capacity and attention. Bringing them together into an effective force will take time and skilful political negotiations.

One of the main stumbling blocks at this stage is getting buy-in from the 14 states that signed up to participate in ACIRC. There is a strong sense that members will not let go of the initiative without proper consultation.

Established by the AU in 2003, the African Standby Force was designed as a continental force composed of standby contingents. These were to be multi-disciplinary, with civilian, police and military components ready for rapid deployment at short notice.

Ten years later the AU set up ACIRC, partly due to frustration over the delays in getting the African Standby Force off the ground. It was also seen as a reaction to France being called in when the West African regional force failed to stabilise Mali in early 2013.

ACIRC was initially led by South Africa and later joined by countries such as Senegal, Rwanda and Angola. It was designed as a voluntary stopgap solution until the African Standby Force became fully operational. But rather than remaining an interim measure, ACIRC developed a life of its own, diverting attention from debates about how the AU ought to implement peace support operations. At a time when strong and swift decision making was required, ACIRC muddied the waters.

According to the Peace and Security Council’s new matrix, the completion date for integrating ACIRC within the African Standby Force framework is February 2020. The model sets out the logistical, legal, operational and tactical steps required, but doesn’t spell out what exactly is meant by “harmonisation”.

For example, according to the matrix, “the African Standby Force structure in the PSD needs to be revitalised with the appropriate staffing and job descriptions 31 May 2019”. Does this mean ACIRC headquarter staff will be transferred to fill vacant staff positions in the AU’s Peace and Security Department (PSD)?

The financing and sustainability of an integrated African Standby Force and ACIRC also need to be clarified. Like other AU entities, both have depended on external donors for their development and implementation.

Most ACIRC headquarters staff are funded by the European Union’s African Peace Facility. The EU has also paid for several African Standby Force continental exercises. ACIRC has been rightly criticised for drawing EU funding from the more permanent African Standby Force, as well as the unnecessary duplication of functions and efforts.

In the process of bringing the two forces together, the AU also needs to ask why African states have on several occasions opted to deploy their own coalitions rather than call on the African Standby Force or ACIRC. The Multinational Joint Task Force (MNJTF) against Boko Haram is a good example.

“In the case of the MNJTF, Nigeria was unwilling to cede operational command and control to anyone but its own army,” says Stephanie Wolters, a senior research fellow at the Institute for Security Studies (ISS). “Even today, the Joint Task Force remains mostly Nigerian-led, with the other countries having significantly less influence and control over the force.”

ISS senior researcher Liesl Louw-Vaudran told DefenceWeb in 2016 that ACIRC was not even considered for deployment when the Joint Task Force or the African regional protection force for South Sudan were set up. Nor for that matter has the African Standby Force been called on in similar circumstances, despite being declared operational in 2015. The AU must reflect critically on the African Standby Force’s intended role and the circumstances in which it should be used.

The Joint Task Force case shows how important regional dynamics and capabilities are to the AU’s plans for peace operations. The African Standby Force was always intended to operate through its regional standby forces. It has become clear, though, that while certain regions such as the Economic Community of West African States can effectively deploy, others such as the North African Regional Capability have lagged behind.

Whether or not ACIRC and African Standby Force are successfully harmonised, the AU needs to relook at its approach to peace operations more broadly. More than 15 years have passed since the African Standby Force was established, and the environment in which it is expected to operate has changed considerably. Current conditions demand the rapid deployment of civilian, police and military components. Specialised skills and equipment are needed to deal with transnational crime, terrorism and counter-insurgency tasks.

Globally, peace operations are being reshaped to better match current threats and risks. This is a golden opportunity for the AU to fine-tune its approach to peace operations.

If ACIRC is to be incorporated into the African Standby Force, the AU will need to deal with two considerably different structures. Nevertheless, it’s a challenge that needs to be confronted. Merging these existing capabilities is necessary for the AU to respond effectively and quickly to Africa’s conflicts. DM

Gustavo de Carvalho is a senior researcher and Annette Leijenaar is head of peace operations and peacebuilding at the Institute of Security Studies.