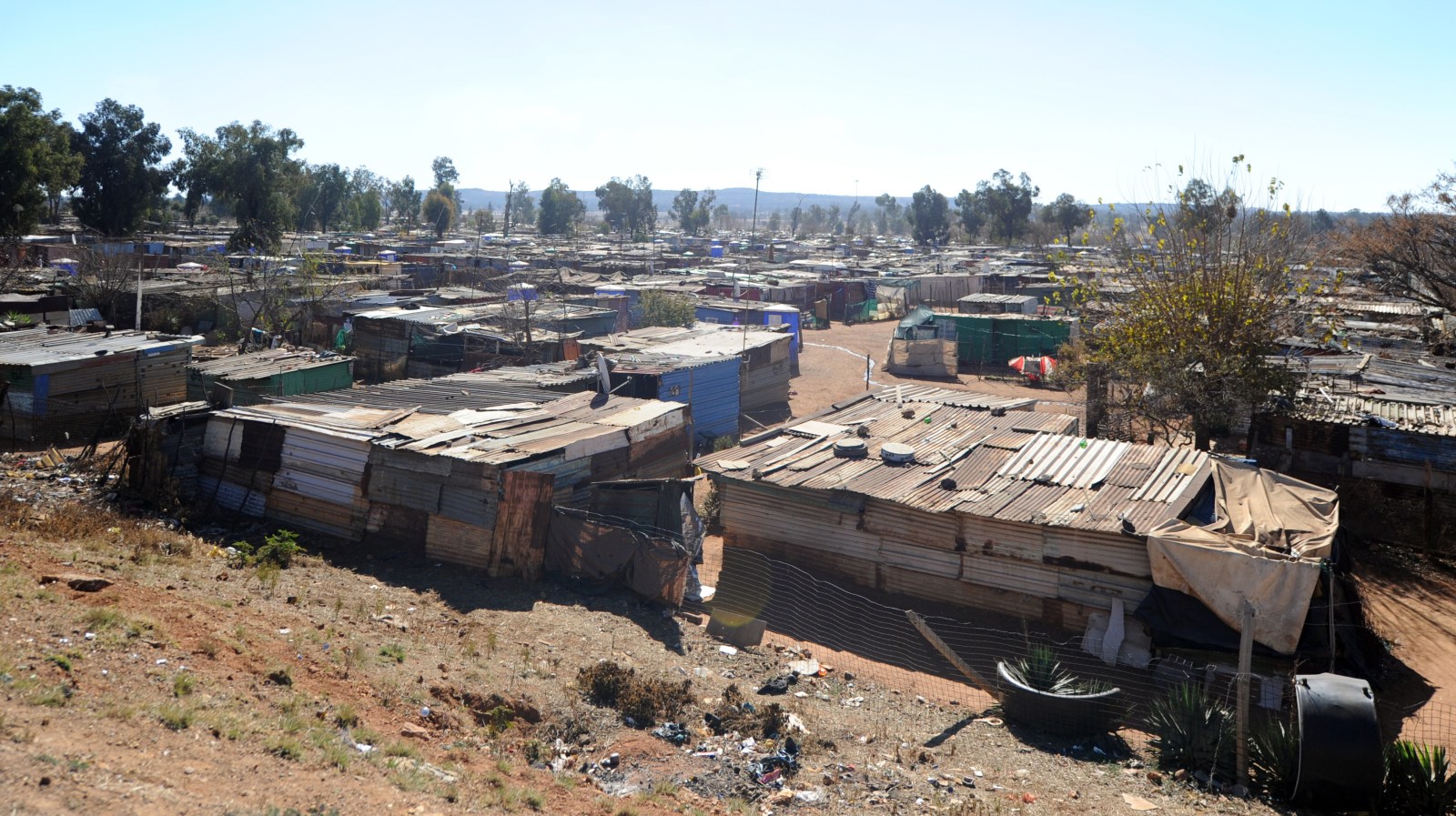 The Extension of Security and Tenure Act deters farmers from providing housing on farms. It provides for retiring farmworkers, who have worked and lived at least 10 years up to their retirement on the same farm, to remain living in their farmhouse for the rest of their lives. It requires an onerous and expensive eviction process to get people who do not work on the farm, off the farm.

“Horizontal spreads of unplanned squats and shanty towns, unsightly dumps of humans and waste… gangs and paramilitaries rule and there is no access to clean water or sanitation….” Bar perhaps the paramilitaries, this vivid description of urban slums by The Guardian’s Ian Sansom could just as well fit the ubiquitous squatter towns that have become part of the rural landscape.

Is the comparison over the top? In August 2018 News24 quoted Maurie Booyse, a resident from Avian Park, a township of Worcester, who lamented that the “sleepy” town which she moved to 10 years ago is gone forever. “(N)ow it’s skiet and donner (shoot and fight) as these gangsters run our pot-holed, gravel streets.” The same article reports that between January and August 2018, 20 people were killed in gang violence in Avian Park.

Were Booyse to move back to Robertson, where she came from, the situation would not be much better. Nkanini, a squatter town clinging to the slopes of a koppie outside Robertson, has no sewerage system. According to Robertson’s municipal manager, when the first rains fall, the sewage washes down the slopes into the Breede River. About 50km beyond Worcester simmers Stofland, a mix of RDP houses, dust and shanties, which formed the centre of the farmworker protest at the end of 2012. While new houses have been built there since, these have been matched by the growth in the number of shanties.

In his book Urban Slums, Mike Davis argues that urban slums are the flotsam and jetsam following the waves of neoliberalism that have crashed over the globe during the last 40 years. The same dynamic has also washed up in South Africa. The growth of rural squatter towns is not incidental but can be directly linked to structural changes in the South African agricultural sector and the government’s failure to deal with these changes.

The changes combine the simultaneous deregulation of the agricultural sector – leading to the phasing out of a range of policies that previously provided farmers with protection in the marketplace – and increased consolidation of the retail sector. As a result, power asymmetries between farmers and the buyers of their produce have grown astronomically, forcing down farmers’ prices. To cope, labour-intensive farming sub-sectors have extensively restructured their labour forces to cut costs. In the fruit industry, the majority of workers are now employed on seasonal contracts and no longer live on farms.

Several decades ago, when influx control still restricted the free movement and migration of most South Africans and farmers vied with mining bosses over scarce labour, farmers used on-farm housing to secure and control their supply of labour. However, given the current surplus of low-skilled labour and high value of agricultural land, this strategy no longer makes sense.

Moreover, ESTA, implemented in 1997, deters farmers from providing on-farm housing. From a farmworker’s perspective, ESTA seems perfectly fair: it inter alia provides retiring farmworkers who have worked and lived at least 10 years up to their retirement on the same farm, to remain living in their farmhouse for the rest of their lives. But this makes the provision of on-farm worker housing risky for farmers. Not only do retirees occupy houses that could be used for productive workers, but it requires an onerous and expensive eviction process to get people who do not work on the farm off the farm.

The National Department of Human Settlements has acknowledged that not a single subsidy application had been received in terms of the Farm Residents Housing Assistance Programme, which provides subsidies for on-farm housing. However, this is unsurprising given that it imposes onerous conditions on the farm owner as the developer. The failure of this programme has never been subjected to review.

Gauging from NGO and trade union reports, ESTA has not stopped farmers from evicting people living on farms – often without court orders, as required by law. The growth in rural squatter towns partly bears testimony to this trend as farmers often induce workers to leave the farm by offering them a once-off cash payment together with some building materials to construct a shack in an informal settlement. However, it is also possible that many of the people who live in rural squatter towns have never lived on farms. This is because a far more obvious and less costly strategy for farmers is to appoint all seasonal workers – and increasingly also new permanent workers – on an employment contract that does not provide on-farm housing as a benefit.

Farmworkers find themselves in a proverbial no man’s land: government argues that farmers should take responsibility for housing the workers they employ, but farmers ask why they should shoulder a burden that employers in other sectors don’t have to bear. In the meantime, the squatter towns swell with each new season. Municipalities are struggling to cope not only with housing provision, but also infrastructure provision. River systems are under pressure as untreated effluent from unserviced settlement flows into them.

Municipal officials point to long waiting lists and complain that it would take decades to deal with existing backlogs. And where municipalities do provide emergency housing for evicted or displaced farm workers, this creates enormous social tensions locally as residents of the town allege a “queue jump”.

In the meantime, the income of many farmworker households has risen above the R3,500 subsidy eligibility threshold for RDP housing. Yet, such households will find nothing in the Finance Linked Individual Subsidy Programme (FLISP) band which is supposed to cater for people with incomes between R3,500-7,000/month.

As a result of this policy gridlock, participants in the Social Dialogue Platform for Decent Work in Agriculture and the participants of the Laborie Initiative have called for the formation of an inter-governmental and civil society working group to address improved living conditions of farmworkers on farms. These are their requests:

The question is whether the government and the agricultural sector will listen or are another couple of De Doorns protests required before they will get their act together? DM

Margareet Visser is a researcher at the Labour and Enterprise Policy Research Group (LEP) at the University of Cape Town. Her research focuses on how the lives of workers are affected by the interplay between commercial and public power relations in global value chains.