EFF leads the information war with its cyber army 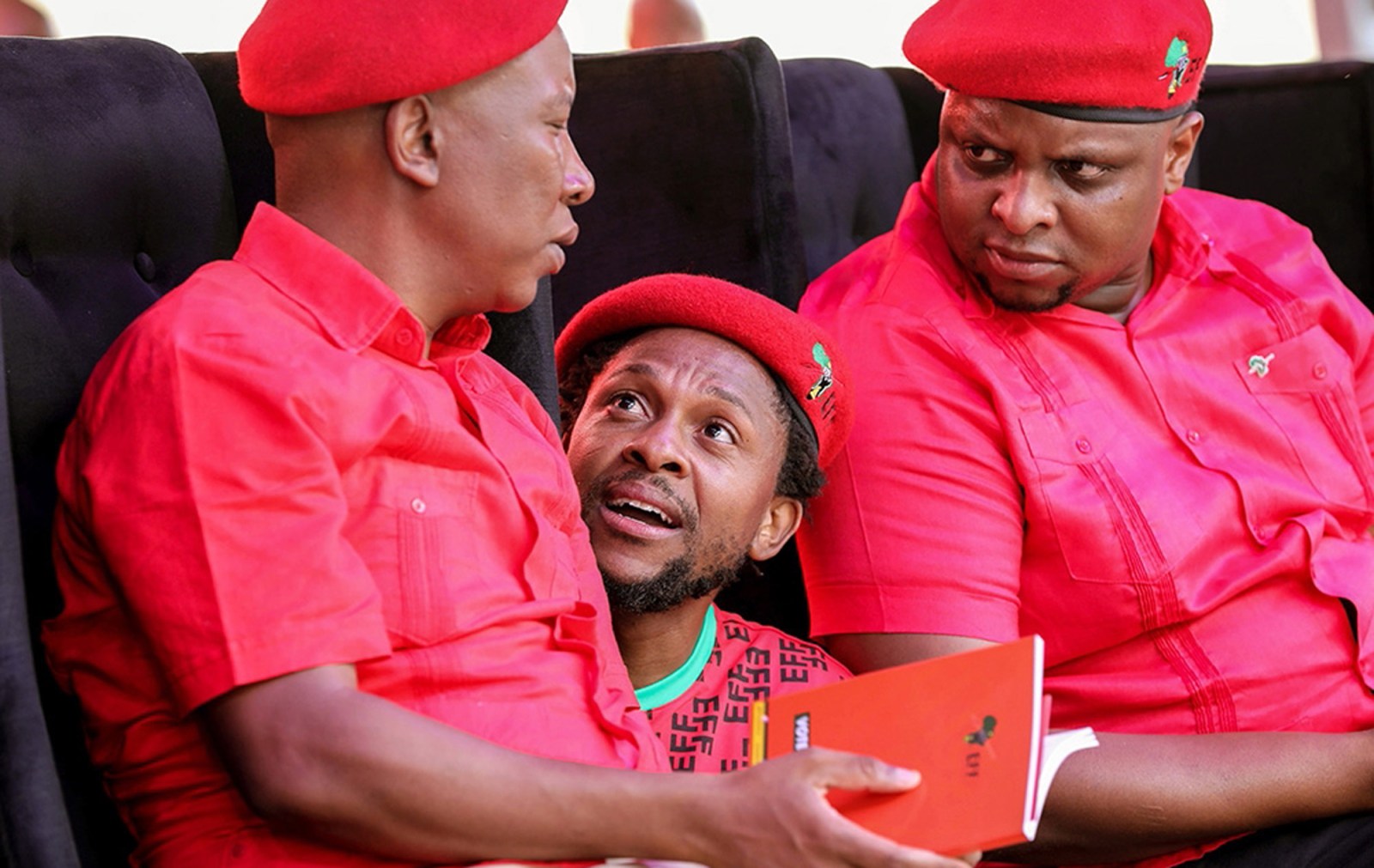 The EFF supporter community’s threats of violence and rape against journalist and radio and television anchor Karima Brown this week, as well as a SANEF case against the same group, reveals that the party runs South Africa’s most digitally brutal cyber army.

EFF President Julius Malema understands the information wars. In SANEF’s court papers, Malema is quoted as saying on a podium in November 2018: “Let’s attack, fighters. Let’s occupy every street, every house; every space in society. Let us not leave the enemy to chance. Where we meet the enemy, we must crush the enemy. On Facebook, Twitter, social media, be there, guard the revolution. When the enemy raises its ugly head, don’t hit the head, cut the head. No time to entertain enemies of the revolution. We must protect the revolution at all costs.”

In the statement, Malema for the first time locates social media as a battleground of an enemy to be crushed.

All political parties in South Africa have cyber troops as political information now hurtles on the internet unmediated by the mass media and the competition to own how your narrative is told. The official opposition and the ANC all deploy cyber operations (or digital war-rooms) and have increased these in the election year.

The EFF has the most militant and organised cyber army, but the official opposition DA’s cyber-troops are digital bulldogs too, as are parts of the ANC. At the weekend, the Sunday Times revealed that the ANC has opened a social media attack room.

Social media has become a war zone and even real armies engage in it. Bradshaw and Howard write:

“In January 2015, the British Army announced that its 77th Brigade would ‘focus on non-lethal psychological operations using social networks like Facebook and Twitter to fight enemies by gaining control of the narrative in the information age’. The primary task of this unit is to shape public behaviour through the use of ‘dynamic narratives’ to combat the political propaganda disseminated by terrorist organisations. The United Kingdom is not alone in allocating troops and funding for influencing online political discourse.”

The SANEF court case is an encyclopaedia of how the EFF army operates by targeting journalists or whoever is in the crosshairs of the party’s various campaigns. The party’s cyber trolls’ swarm targeted individuals.

“More often, individual targeting is a persistent aspect of the internet ecosystem that is used to silence political dissent online. It is also one of the most dangerous forms of cyber-troop activity, as individuals often receive real-life threats and suffer reputational damage. In Russia, cyber troops have been known to target journalists and political dissidents,” the Oxford study found.

The “Troops, Trolls and Troublemakers” report shows that the phenomenon of online political armies became evident in 2010 and that by the time of writing, in 2017, the authors found evidence of the phenomenon in 28 countries, excluding South Africa.

In Russia, China, the US, Azerbaijan, the Philippines and other countries, the government is at the centre of the online targeting and disinformation dissemination. In other countries, political parties are the vectors of sponsors of online armies: the EFF strategy and use of online troops fit this definition.

The Gupta family engaged the global PR company, Bell Pottinger, to run its online psychological operations to target its critics in South Africa. They chose the method of automated bot (robot) armies by the creation of thousands of fake accounts which were programmed to attack.

These bot armies can now be spotted and taken out by the algorithms of the major tech companies which host social media, so new cyber armies tend to be manned by real soldiers.

This seems to be the case with the EFF whose trolls are usually easily identifiable: News24 editor-in-chief Adriaan Basson and television anchor and political analyst Karima Brown easily unmasked EFF supporters who threatened them online in 2018, and Brown now has a list of mobile phone numbers of EFF supporters who messaged her.

“Some cyber troops are volunteer groups that actively work to spread political messages on social media. They are not just people who believe in the message and share their ideals on social media,” say Bradshaw and Howard. Instead, they become collaborators and active agents.