The EFF’s Republic of Impunity (Part One) 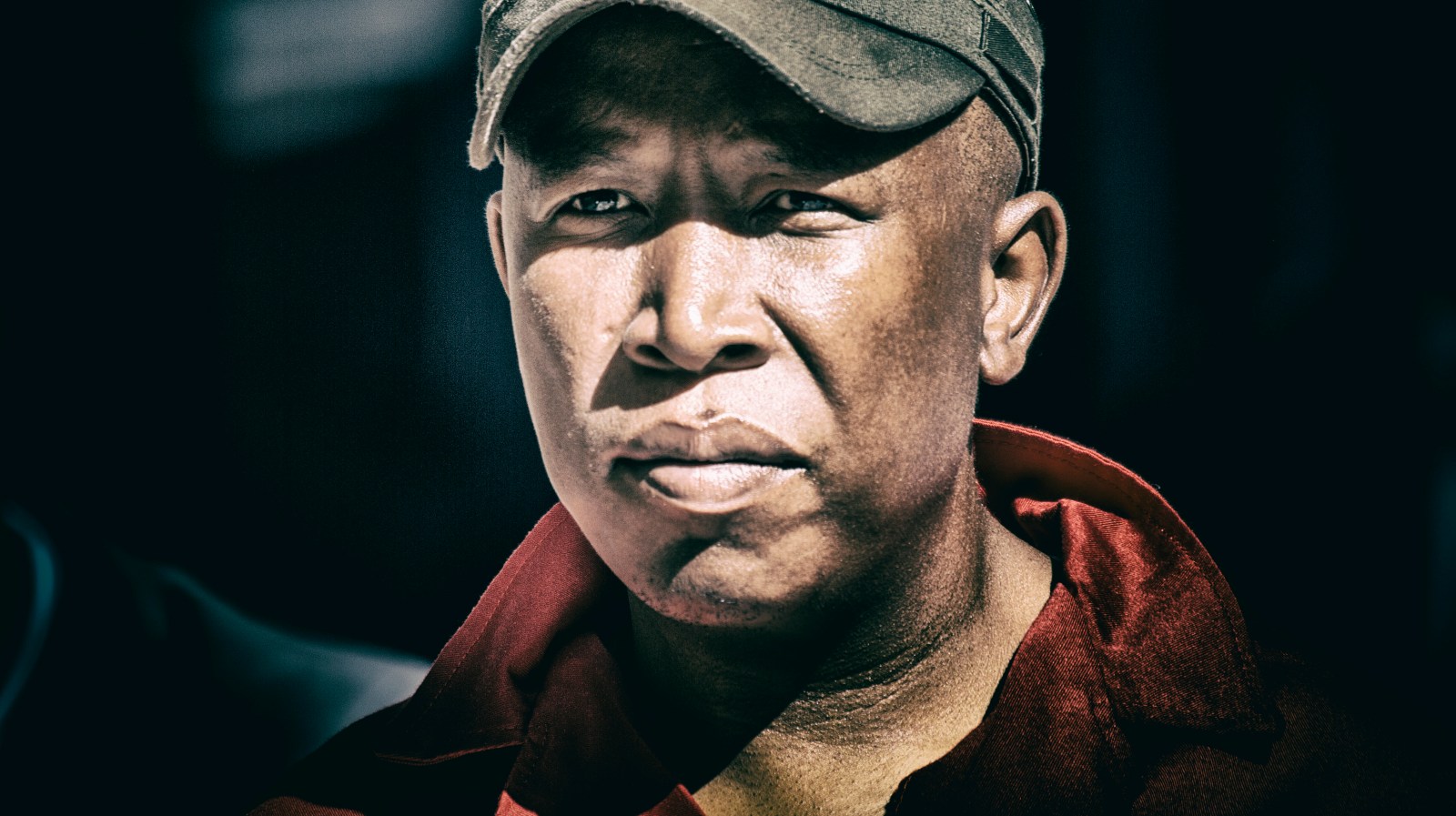 Not one of a suite of criminal cases laid against the EFF and its supporters for violence against journalists and others has got out of the starting blocks, suggesting that the party enjoys virtual impunity.

Seven cases laid against the EFF in its year of violence, 2018, that is leeching into 2019, are now virtual cold cases, according to research by Daily Maverick.

The EFF and its supporters’ violent cyber-attacks on journalists are in focus again as a television host and radio anchor Karima Brown faced rape and violence threats on Tuesday after the party’s president Julius Malema put her mobile number on Twitter, where he has a following of 2.3-million users.

A year ago, Netwerk24 photojournalist André de Kock was beaten up by EFF deputy president Floyd Shivambu and, while an investigating officer was assigned to the case, he has not been called to provide a statement on a case that has stalled.

A month ago, EFF MP Marshall Dlamini smacked warrant officer Johan Carstens after the State of the Nation Address – by Wednesday, there was no progress on the investigation, despite video footage showing what had happened.

SAPS spokesperson Brigadier Vishnu Naidoo said the video evidence in both EFF-related incidents was not admissible, but he would not explain why video evidence on social media was admissible in the arrest of musician-producer Mampintsha (Mandla Maphumulo) who was filmed beating up musician Babes Wodumo.

“The investigation is still in progress. The comments by the investigation team is that they will not investigate these cases through the media and that these cases are receiving the desired attention,” said Naidoo, who earlier told Daily Maverick that witness statements in both cases were also still outstanding.

“When one considers how swiftly the SAPS moved to effect the arrest of Mampintsha, it does raise questions as to why no action has been taken against EFF leaders who have similarly flouted the law. Similar video evidence went viral on social media yet SAPS acted against Mampintsha but not against Shivambu and Dlamini. It may not constitute impunity but it does contribute towards undermining the rule of law, a foundational principle of our constitutional democracy, the basis of which is that we are all equal before the law,” said Lawson Naidoo, executive secretary of the Council for the Advancement of the South African Constitution (CASAC).

In addition, the EFF is before the courts in three separate cases related to its campaigns of hatred carried out on social media and in public against its perceived enemies. The nine incidents reveal that the EFF has become a powerful vector of violence and that its culture of violence is fuelled by the relative impunity within which the party operates. 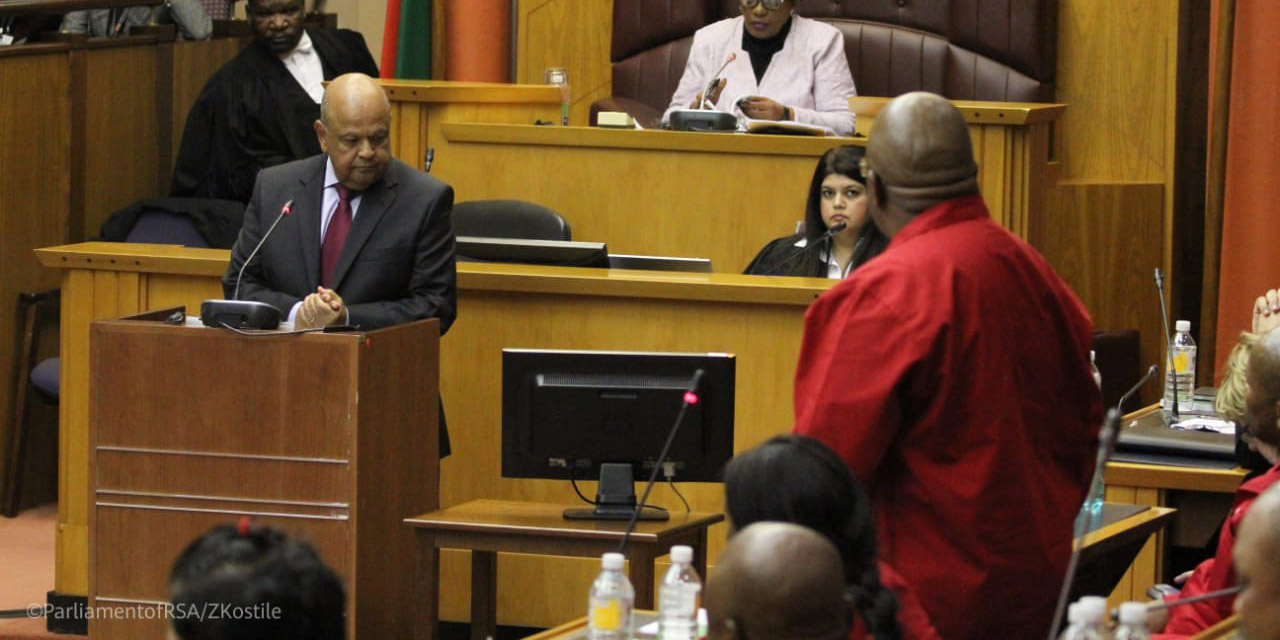 On Monday, City Press reported that EFF employees had petitioned against a climate of fear and intimidation at the party’s Braamfontein, Johannesburg headquarters.

In July 2018, EFF President Julius Malema fired an assault rifle at a rally in Mdantsane. Hawks spokesman Brigadier Hangwani Mulaudzi said the investigation had been completed and was now with the NPA for a decision on whether to prosecute or not.

NPA spokesperson Advocate Luvuyo Mfaku did not respond to queries on whether or not the case will be prosecuted.

There has also been no progress in charges laid against EFF supporters for threatening News24 editor-in-chief Adriaan Basson while the party member who threatened news anchor and talk-show host, Karima Brown, was indicted against further threats by the Magistrates Court.

Two weeks after Dlamini slapped Carstens at Parliament after the State of the Nation address, SAPS spokesperson Naidoo could not say whether an investigating officer had yet been assigned to the case. Just 10 days after charges were laid against him, Dlamini referred to Carstens as a “racist clown” who had to be dealt with when he spoke at the funeral of the slain student, Malungisi Madonsela.

“We know that the criminal justice system – the NPA, the SAPS and the Hawks – have been hollowed out during the reign of (former president Jacob) Zuma. While a start has been made to reverse this slide, much remains to be done. Changes have been made at the top but a culture of accountability and responsiveness to constitutional and legal mandates and prescripts has yet to be reasserted. The clean-up operation has a long way to go, it seems. Selective arrests and prosecutions appear to still be the order of the day,” said Lawson Naidoo.

The EFF will be in court on two different court cases in relation to its ongoing campaign of cyber and political violence against journalists, but both cases have been delayed by slow court rolls.

In the first, the so-called “Stratcom” case, journalists Thandeka Gqubule and Anton Harber will ask the courts to order that the EFF and its spokesperson Mbuyiseni Ndlozi to retract public allegations that the two were part of the apartheid security branch’s network of journalists paid to spy on liberation movements. They also want an apology from the EFF, which has refused to do so despite the fact that declassified documents reveal the falsity of the EFF claims.

In another case soon to commence before Justice Selby Baqwa in the Equality Court, the South African National Editors Forum (SANEF) and five journalists will reveal how the EFF has used social media to engage a rally of digital hate against journalists who do not tow their line.

On behalf of the five applicants and on all journalists, SANEF chairperson Mahlatse Mahlalae has laid out the cruel detail of how the EFF’s trolling army has had a chilling effect on free speech and of how the party endangers journalists and journalism.

Research by Daily Maverick has revealed that the EFF trolling army is now as violent and as powerful as those in 28 countries studied by Oxford University’s Computational Propaganda Research Project. They call EFF type trolling armies “cyber troops” who target individuals just as the party’s supporters have done.

“… individual targeting is a persistent aspect of the Internet ecosystem that is used to silence political dissent online. It is also one of the most dangerous forms of cyber troop activity, as individuals often receive real-life threats and suffer reputational damage,” say Samantha Bradshaw and Philip Howard, who carried out the study called Troops, Trolls and Troublemakers: A Global inventory of organised social media manipulation.

Daily Maverick has asked the EFF for comment which will be added if the party responds. DM