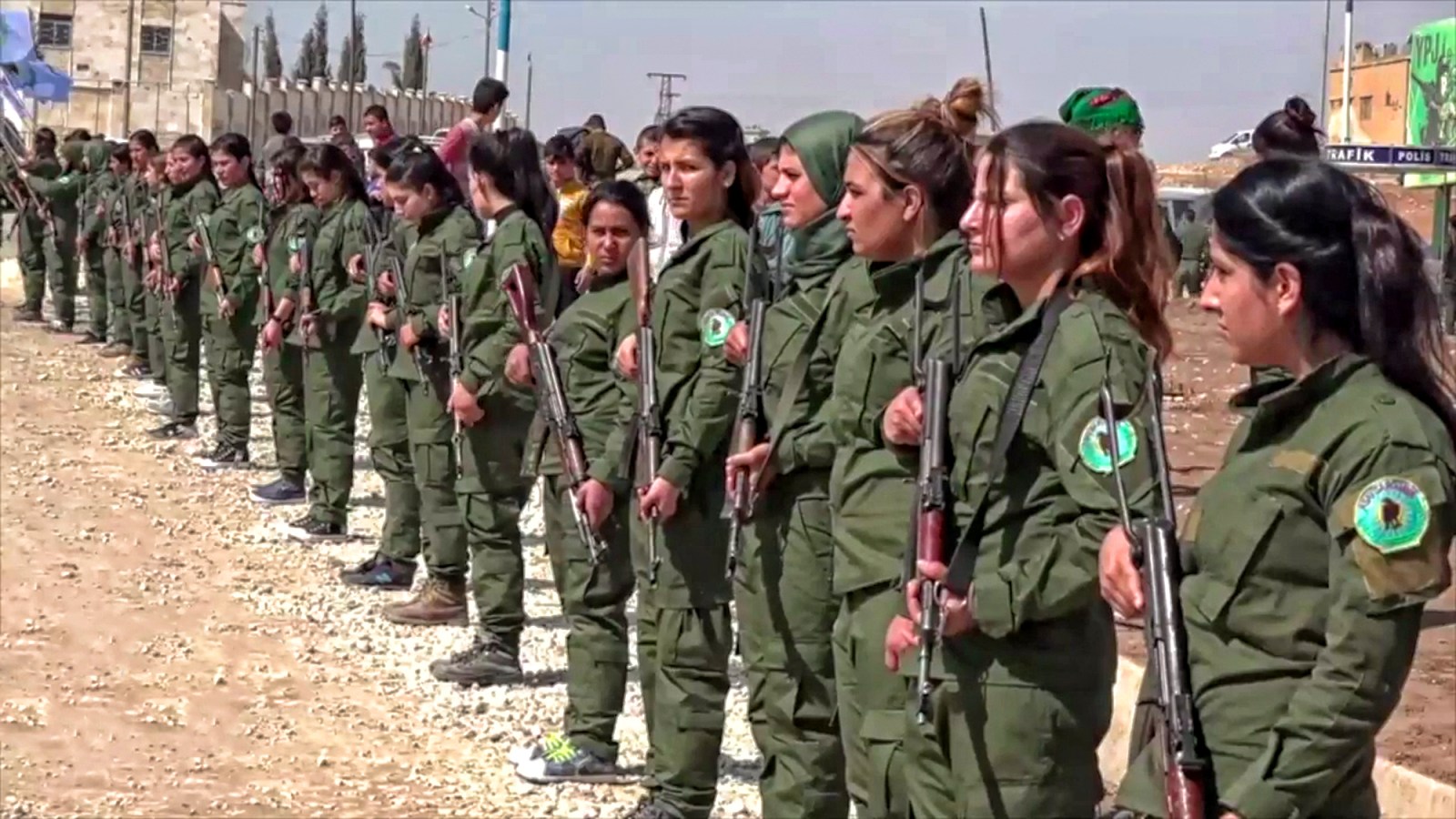 Members of the Rojava police force (Asayish) in the city of Kobanî in northern Syria. (Wikimedia Commons)

Portraying the struggle of some elements of the population in Syria as a potential to inspire the struggle for a better world and as a beacon of hope for a global revolution not only falls short of delivering objective and credible news to the public, who are far away from the theatre, but also invokes dangerous ramifications, such as inciting masses to violence and terrorism.

I am writing to you about the Op-Ed by Shawn Hattingh titled “A Glimmer of Hope: The extraordinary story of a revolution within the Syrian civil war” published in Daily Maverick on 5 March 2019.

I have read the piece with great regret both as the Turkish Ambassador to South Africa and as a woman. Unfortunately, the Op-Ed details an imaginary and naïve stance that is detached from reality, even borderline hallucinatory about the ongoing Syrian war, packed with overtly unfair and fallacious judgements on Turkey’s foreign policy regarding its neighbour Syria.

The feeble argument that “in January 2019, the Turkish state in fact began to make plans for the invasion of northern Syria to end the revolution” and that “the Turkish state fears the revolution will spread into Turkey itself and it does not want an experiment in direct democracy, feminism, ecology, anti-statism, and anti-capitalism to succeed” can only be a fantasy of an imaginative person who has no clue about the realities of the field in a faraway land.

Turkey’s position and military cross-border operations in Syria are not about stopping a “democracy experiment” but about its right to self-defence enshrined in Article 51 of the UN Charter and UNSC Resolutions, in the face of threats posed by competing terrorist groups along its 911 kilometres long border with Syria. The Euphrates Shield and Olive Branch Operations were instrumental in ensuring border security through the elimination of terrorist threat emanating from Syria, including DAESH, Al Qaeda and PKK /PYD-YPG, a fact which was made publicly clear by the Turkish government on many occasions.

PYD, YPG and PKK constitute different parts of the same entity sharing the same leadership cadres, organisational and military structure, modus operandi, strategies and tactics. PKK, which is designated as a terrorist organisation by the EU and many Nato Allies, uses Syrian territories and its affiliate PYD-YPG to train militants, plan terror attacks and provide weapons and ammunition to PKK militants in Turkey.

Once again, I would like to reiterate that Turkey fully respects the territorial integrity of Syria and has no secret ulterior agenda about a war-ridden neighbouring country, and its military operations were strictly against despicable terrorist organisations nestled in Syria.

PKK’s women are occasionally praised in the international media for their fight against DAESH. However, the sad reality is that despite their gender-based propaganda, the testimonies of the female victims demonstrate that women are abused, sexually harassed, restrained, used to attract male members and discriminated against within PKK. Moreover, PKK is known to abduct children, both boys and girls, and force them to join the terrorist organisation.

Regardless of a frail and failed attempt to portray Abdullah Öcalan as a visionary and almost a philosopher in the article you have published, there is no talk of how he is personally responsible for the deaths of 40,000 innocent civilians, including women and children, over the course of 30 years.

Last but not the least, the tendency to compliment this terrorist and his followers – a fact known by many countries – especially in a country like South Africa, which is the land of genuine freedom fighters, is not only misguided and unfair but also disrespectful to the people of South Africa, as well as to the legacy of peace and respect for human rights in this country.

Portraying the struggle of some elements of the population in Syria as a potential to inspire the struggle for a better world and as a beacon of hope for a global revolution not only falls short of delivering objective and credible news to the public who are far away from the theatre but also invokes dangerous ramifications, such as inciting masses to violence and terrorism. We believe that the African people deserve a much better inspiration for their struggle of equality, freedom and justice.

I would like to take this opportunity to request that your readers are provided with factual data on the realities of the Syrian conflict, instead of some fantasy that wrongfully glorifies terrorist organisations and undermines Turkey’s efforts to tackle them. DM

Elif Çomoğlu Ülgenis Ambassador of the Republic of Turkey in South Africa.