Fuzile Jwara: Carrying the load to the bus that leads to an education 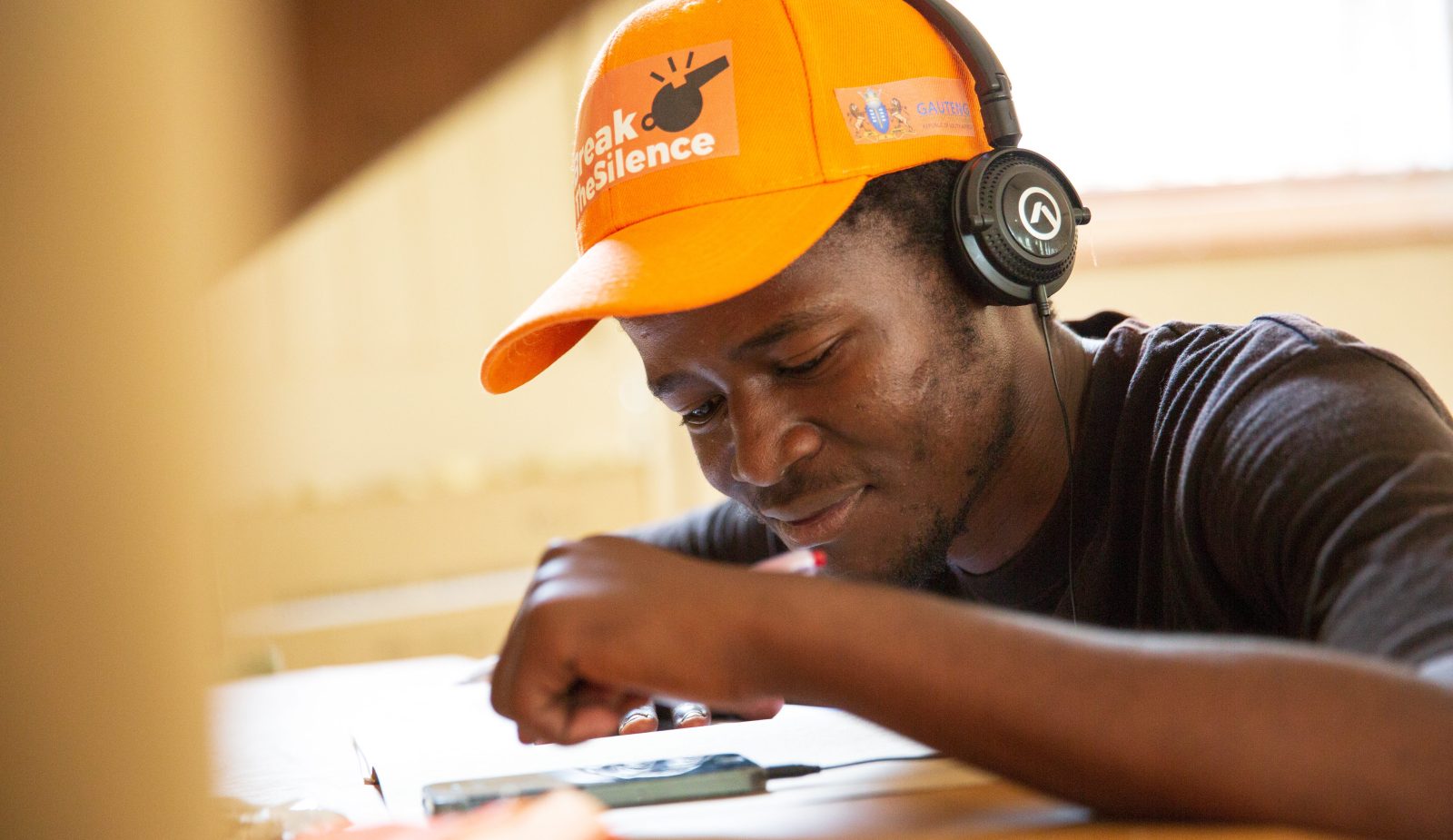 Shadowing an average South African student shows up some not-so-average burdens students carry even as they start a new chapter of life.

On good days, Fuzile Jwara wonders about the Proteas’ World Cup chances or the girl on campus who winked at him. On bad days he worries about his ballooning student debt or that his inherited disorder may become cancer.

Mostly though, Jwara, 23, just gets on with things. He’s not unlike many of the estimated 200,000 other students who enrolled for the first time in South Africa this year. They arrive on campuses high on dreams of student freedom but stay weighed down. Having lead wings has become so everyday, it barely gets noticed, sometimes even by Fuzile himself.

Jwara is enrolled at the University of Johannesburg doing a BA degree in sociology and history. He’s older than most of his peers because six years ago when he was 17, his life took a dramatic turn.

That year his mother, Valerie Jwara, died from FAPS (Familial adenomatous polyposis) that developed into colon cancer – it’s the same condition Fuzile suffers from and the condition that’s meant his colon had to be surgically removed and replaced with an ileo-anal pouch in 2015.

“It was a hard time when my mom was sick and dying. I guess after that I just felt I was done with school so I dropped out before finishing matric,” says Jwara. By then he had already repeated Grade 10 and only scraped through to Grade 11.

Thing is, only years earlier Jwara was considered a promising young pupil. He was hand-picked from his Soweto school to benefit from a full bursary programme at the prestigious German School in Johannesburg. He learnt to speak German, his accent became almost-Model C, but he remained an outsider. Proximity to privilege was more dislocation than opportunity in the end for Jwara.

“After my mother died and after I dropped out, I just played cricket and hung around not doing too much,” he says of those days in Zola, Soweto with his dad and two younger brothers.

His dad, Justice Mavundla, didn’t pressure him, telling him to reconsider school when he was ready. However, it didn’t stop extended family moaning that Jwara had “wasted” the opportunity of private school education.

In 2018, though, he decided to finish his schooling through an adult learning centre and earned a university exemption. It was an ex-girlfriend being a graduate that made him realise he wanted this for himself.

He tells his story playing musical chairs in the Charlotte Maxeke Hospital’s gastroenterology department waiting room. He’s expected here for twice-yearly check-ups. The presence of polyps would be a warning sign, and doctors need to check that his surgical pouch is intact and that Fuzile is keeping to a diet that ensures he’s not rushing for a toilet all day.

Four hours dissolve into the waiting room; it’s not yet noon. “I’m supposed to be writing a test, but I have to be here and I think some of my lecturers think I’m lying.”

It’s lecturers, also classmates, who don’t see beyond his exterior. Jwara didn’t qualify for NSFAS funding (that reportedly processed 400,000 applications for 2019) as he was wait-listed. The eldest of Jwara’s two younger brothers now lives with an aunt in Soweto and he and his youngest brother and their dad live in Yeoville. His dad is struggling to restart a business after being embezzled by a business partner years ago, Jwara says.

“I can’t talk about the noise in Yeoville, because even in Soweto it was noisy, but it’s one of those streets – there’s dumping everywhere and there are three taverns and two brothels on our street,” he says, with grim mocking.

It’s why it gets his back up sometimes – “the stupid things some white students say in class that they don’t even realise are really offensive”.

He doesn’t hold back; he insists on speaking his mind. But he’s working on being more reflective. It’s an attitude he says comes from watching how people treated his parents’ relationship. His dad was 12 years older than his mom. His dad is Zulu and his mom was Xhosa. Neither of their families approved of the relationship. Lobola was never paid, but Jwara says it’s because his mother never felt her would-be husband should part with money to uncles who never approved of the union to begin with.

“I saw how even at her funeral they sidelined my father,” he says.

The sting of tribal laagers, exclusion, prejudice and assumption targeted at his heartbroken dad left Jwara with questions, confusion and loathing. But it also led him to think more deeply about society’s structural fractures and conditioned human othering.

Two years ago he joined an anti-racism forum to have a deeper dive into understanding apartheid’s continued legacy. He also craved a platform for strong engagement and to “learn and unlearn”, he says.

“People in the forum have met each other in person, so we have actual relationships, it’s not trolling as you get on social media.

“I’ve met people from all races, backgrounds and ages who are committed to breaking down racism and who committed to staying engaged and involved,” he says.

The forum members are friends and teachers, also benefactors connecting him with their networks, contributing to fund his studies, or helping out with the odd rand.

Jwara says receiving is his lesson in paying things forward and also taking an interest in what matters to others on the forum. It led him at the end of 2018 to become a volunteer at CLAW (Community Led Animal Welfare). It means most weekends he walks 45 minutes from Yeoville to Bree Street taxi rank to catch a taxi to get to CLAW in Durban Deep on the western rim of the city. Jwara arrives here to realities like water tankers not refilled on schedule, news of another fatal overnight shooting, and people just needing something to eat. There are also the barking dogs in cages and pens and the clinic cats that wrap around his ankles in greeting.

He walks the dogs waiting to be rehomed, mops up animal sick and carries away a dead dog that science couldn’t save.

“Volunteering here, you see that even so-called poor people love their pets and they and their pets deserve to be helped, like anyone else,” he says, swooping up a puppy and cradling it like a baby.

He’s learnt about heartbreaking decisions to euthanise animals, he’s watched the grab mentality of people in fancy cars pulling up to the no-fee paying clinic with impossible demands. He’s also learnt about compassion and consistency in serving.

“It’s tough and it is traumatic what I’ve seen, but you realise we are just trying to do our best,” he says.

It’s why Jwara will wake up the next day as Yeoville’s urban roar drowns out the night. His data may be low, his stomach may cramp, but he’ll walk downhill with melodic death metal guitar riffs in his headphones towards the Joe Slovo bridge and catch the university bus. He’ll do his best – like so many other ordinary young South Africans who carry extraordinary loads. DM