Beware of the Bots and the Trolls in the Polls 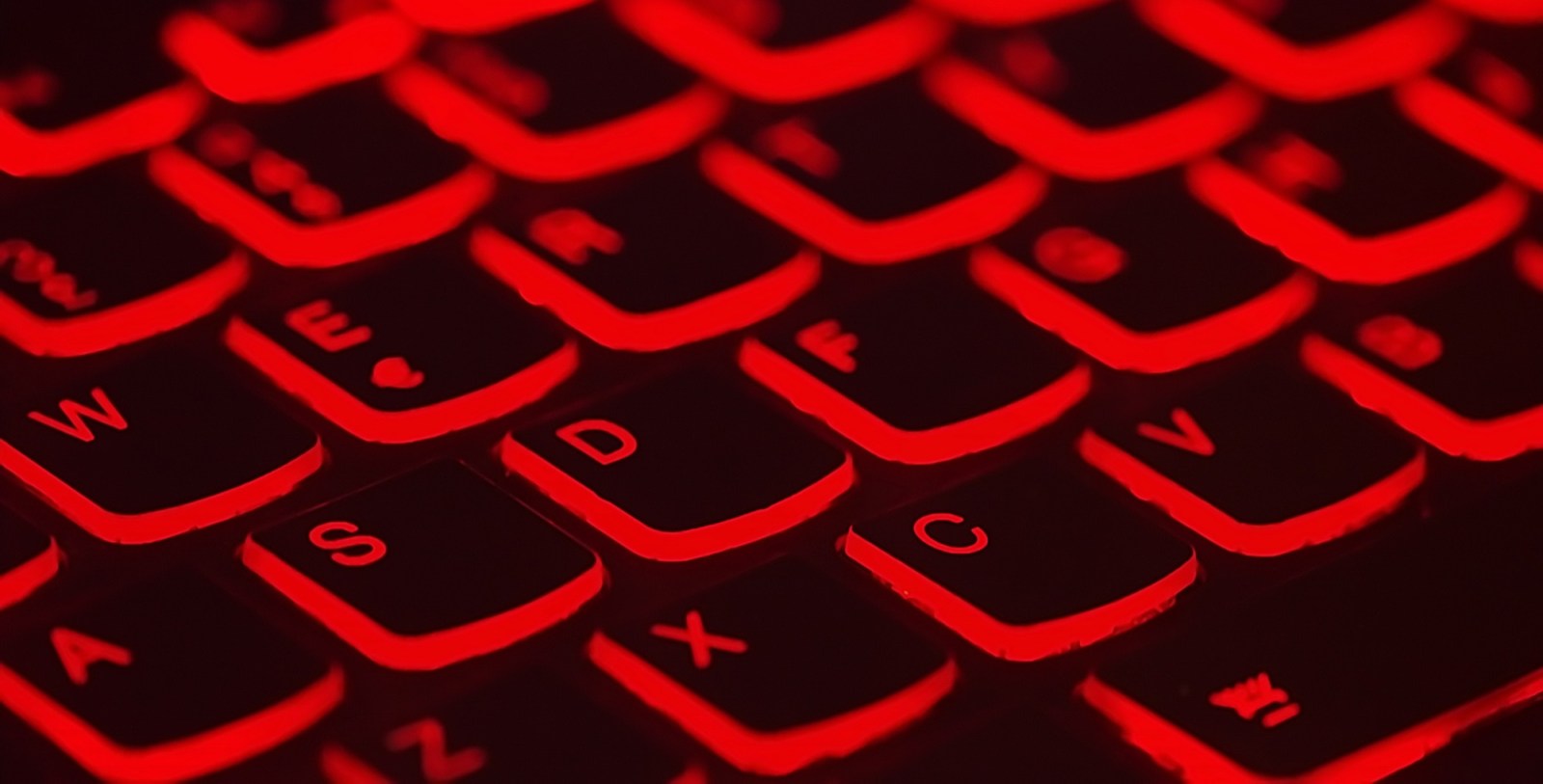 Photo by Taskin Ashiq on Unsplash

If we thought that the Press, or traditional news media, could not be trusted for the way they supported particular politicians or political parties, or the way politicians manipulate the Press during elections, the internet has opened up a new, weaponised field of manipulation and exploitation. It is an industrial scale threat to democracy.

Just when South Africans thought it was safe to go into the country’s sixth democratic election, voters have to contend with proliferating sources of information online, and on social networks. It makes you want to travel back to the days when the only information you got was from the words and deeds of politicians. Oh, wait. Maybe we should not get too nostalgic for what seem like glory days of respectable news reports in print and on the airways. Newspapers around the world have always supported political parties. Other news sources have been unapologetically ideological – they just would not say it that way.

In Britain, newspapers have been “unashamedly partisan” in their support for particular political parties. In the United States, talk radio has helped elect politicians, political advertising has become the life-blood of broadcast journalism during election years, and politicians have become masterful at manipulating the media. One outcome is that the electorate has remained loyal to newspapers precisely because of their political positions, or ideological bent. For instance, Fox News in the US has consistently been fairly right-wing. But, one should not assume that all journalists associated with particular outlets share the views of the “the bosses” or some conspiratorial theory about “Stratcom”.

Many years ago, I had the distinction of being the South African correspondent for a newspaper in South East Asia. I would find out, after a few years, that it was the official mouthpiece of the ruling party. It did not affect my reportage, but it made me aware of how easily one can be sucked into a situation of unwittingly driving political agendas.

And so, by accident or design, the individual careers of journalists become ideological. For instance, it would be difficult to imagine the Wall Street Journal giving equal voice to the Communist Party of the United States’s view on Wall Street. The Economist is unabashedly in favour of free markets, classical liberalism and, well, capitalism. By the same token, Britain’s Morning Star newspaper can hardly be expected to say nice things about capitalism. Okay, dear reader, I’m sure you can probably see where this is going.

The Amplification of Misinformation

If, then, we thought that the Press, or traditional news media, could not be trusted for the way they supported particular politicians or political parties, or the way politicians manipulate the Press during elections, the internet, notably social media (It’s probably not entirely correct, but for the sake of brevity, I will include bots, algorithms, the dark web, under the rubric of “social media”), has opened up an entire new field of manipulation, exploitation and threat. Through social media, we may be in for a whole lot of misinformation in the coming months. While social media is certainly not unique (or maybe it is), it is one of the important elements “in the misinformation amplification system”, Chris Roper, the Deputy CEO of Code for Africa, told Daily Maverick.

“Social media is just one of the elements in the misinformation amplification system. Every journalist is on social media, and that’s where they find stories and disseminate it on to radio, print and TV. A perfect example is the Bell-Pottinger “White Monopoly Capital” agenda – pushed on Twitter, picked up and amplified by media, and suddenly became part of the lexicon of the general South African population. Having said that, there are only 26 million registered voters in SA, there are 21 million Facebook users, 9-million YouTube, and 8.3 million Twitter users. And that’s across all segments of society. The myth of social media being elitist has been disproved. If fake news starts on social media, it can spread everywhere,” Roper explained.

While there are indeed dangers associated with wilful manipulation of information on social media platforms, journalists and the public, in general, should consider these platforms as practical tools, but remain vigilant, Amanda Strydom of Code for Africa explained.

News and information disseminated through social platforms should be approached with common sense. Readers should look for obviously edited photographs or odd names. After the Bell-Pottinger saga “bot spotting” (bots, for the record, are kinda like computer programmes that act and talk like humans) has become a somewhat of a national hobby with simple tools like reverse image search tools to see whether photos are real – or where they originate from.

It is important, Strydom explained that the veracity of information is checked, and the source of the news is considered. The more reputable an institution or media source, the more serious one should take the news and information. Moreover, it is usually good to start by asking questions about wilful provocation. The fear and loathing factor is probably the key.

“Fear or rage would drive an emotive agenda and offer ‘saviours’ and ‘villains’ and may not necessarily actively dissecting information. (Social media) is a good tool to manipulate someone, and is very much the aim,” Strydom said.

One problem is, of course, the way that single messages are repeated into an echo chamber which amplifies and spreads false information.

It does not matter where you stand on these things – whether you’re on the winning or losing side – there is a general consensus emerging that bots and echo chambers probably ruined democratic electoral politics during the US Presidential Election in 2016. There may be no stopping them from doing greater harm in the coming years. While we should probably not be conspiratorial, we cannot be complacent. Bots and echo chambers are a direct threat to electoral politics.

Bots, (essentially fake accounts controlled by software) are constantly, and increasingly, behaving like real people. They contribute to the spread of misinformation by sharing false stories across social media platforms. Because they are, actually, just lines of code, hundreds and thousands of them can be orchestrated to share the same information or news reports – even if they are completely false. Users then repost these stories and information cascades. This helps create echo chambers where people retweet or repost anything they like to they agree with. All it takes, then, is for one person to start a false news information cascade.

One study by the University of Indiana found that automated Twitter accounts disproportionately amplified misinformation during the US 2016. While bots only accounted for about 6% of the Twitter users in the study, they were responsible for 34% of all shares of articles from “low-credibility” sources on the platform. The study found that automated accounts were particularly active in amplifying content in the very early spreading moments before an article went viral.

Bots also targeted users with many followers through replies and mentions. Everyone is vulnerable to this manipulation when they retweet bots that post links to low-credibility content. So next time you read an alarming tweet from any of the loonies that have created political parties in recent months, it is probably best to check the veracity of claims. The best we can hope for is that news services, the reputable ones, start curbing social bots to mitigate the spread of online misinformation and the creation of echo chambers.

These place enormous pressures on journalists. If it is approached well, these new challenges can actually strengthen journalism. This is when groups like Africa Check and other media watchdogs become important.

The closer we get to the election the more information will be circulating, and the greater the danger of false information being spread. As mentioned in a previous column, keywords are placed in social media posts that wilfully frame subjects – though not always inappropriately or incorrectly. If one of the main purposes of news reporting is to get as close to the truth as possible, then verifiable evidence (actual facts) must be checked over and again.

“Disinformation,” Ben Nimmo, Senior Fellow for Information Defence at the Atlantic Council’s Digital Forensic Research Lab (@DFRLab) explained, “is used by people who can’t get what they want without lying about it.”

With the 2016 presidential election in the US, the use and abuse of social media (from amoral algorithms to the deep web), may have caused irreparable damage to democracy, and probably forever altered the way information is spread and used during election campaigns. As South Africans prepare to go to the polls in the coming weeks and months, we would be well advised to check (and check again) sources of information – especially slogans and statements that serve only to confirm our biases or make us feel good or self-righteous. DM