The right to food in South Africa: We need a manifesto for food justice 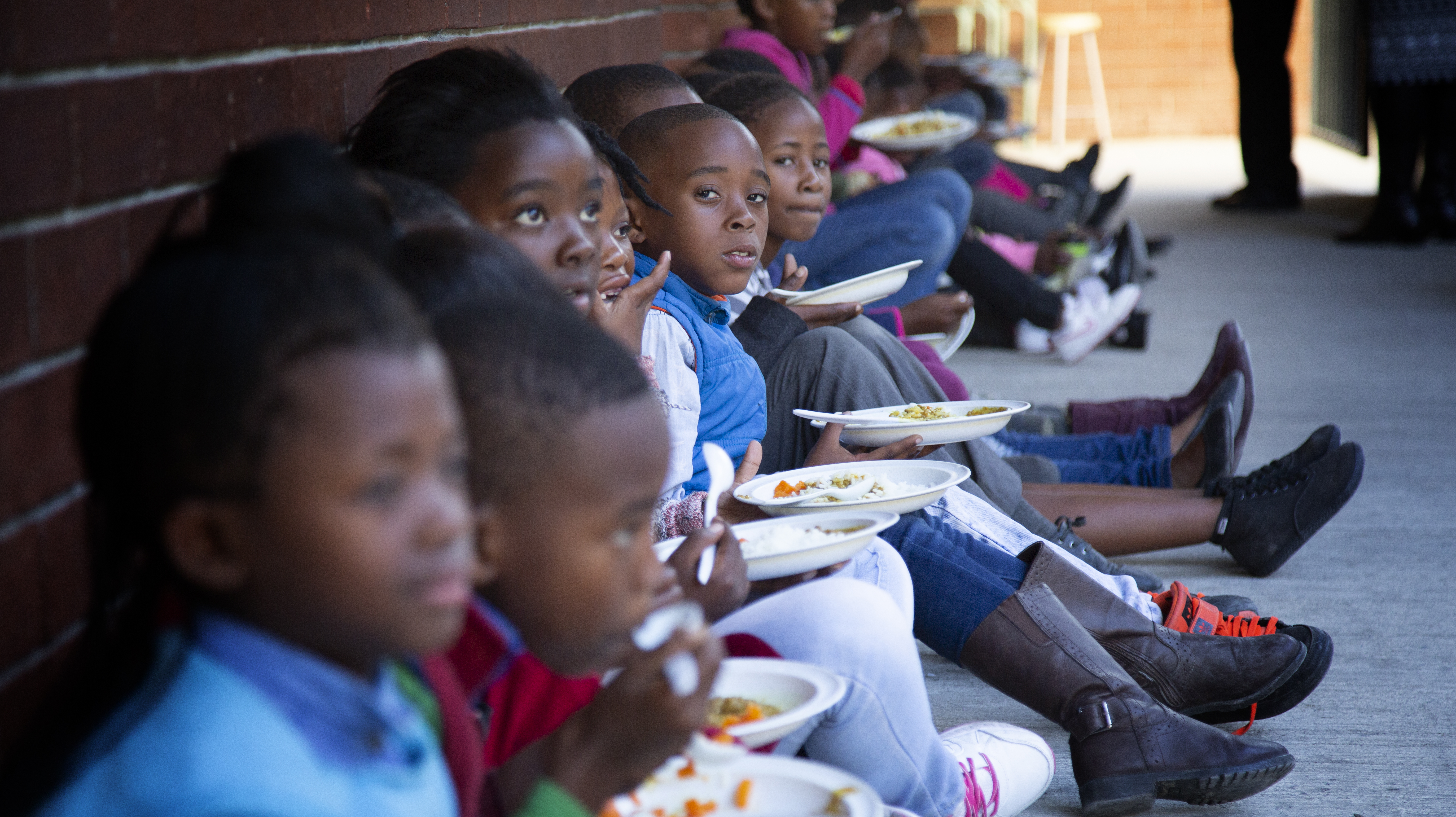 If the main purpose of government is to provide for the common security of its citizens, surely ensuring the security of the food system must be among its paramount duties.

The United Nations identifies the food crisis as one of the primary and overarching challenges facing the international community today. It is inter-related in complex ways to the current global economic crisis and the longer-term environmental and climate crises that stand before us.

The inability of a large proportion of South African households to reliably access the necessary levels of nutrition is a fundamental aspect of perpetuating cycles of poverty.

And yet, amid this reality, food security received only two passing references in the State of the Nation Address by President Cyril Ramaphosa, and not a single mention in the Budget speech by the Minister of Finance, Tito Mboweni in February 2019. Most analysts understand Mboweni’s revised “sugar tax” on soft drinks as being more of a revenue-raising measure than an attempt to genuinely improve the health status of South Africans. But nutrition, well-being and mortality are inextricably connected to public policies and strategies.

Augmenting and supporting this explicit constitutional promise are rights such as equality, human dignity, life, freedom and security of the person, and to health in sections 9, 10, 11, 12 and 27 respectively.

In light of this, since 1994, the right to food has been legislated-for in fragmented ways by the government, and still remains outside the remit of any particular department. Each department brings its own framing of the right to food which is both legitimate and necessary for realising the right, but 25 years into democracy there has been no real ability for co-ordination across different sectors to ensure the realisation of the right to food.

The Department of Basic Education is responsible for the country’s school nutrition programme, while the National Treasury zero-rates certain food items, and the Department of Health leads programmes of food fortification, quality, and safety initiatives.

This indicates that the government is, in fact, doing a lot to support the realisation of the right to food. However, in spite of these varied initiatives, more than half of all South Africans remain food insecure, and nearly one in four children under the age of three have their growth stunted by malnutrition.

This is in part because the right to food is not a technical issue that can be addressed through isolated programmes housed within existing departments. It requires a more coordinated approach that has both political will and resourcing, including elements of immediate and direct relief and structural and institutional change.

With the election season upon South Africa, it is worthwhile to note that food prices, in particular, have historically been an important determinant in the outcome of electoral battles. The recent #ThumaMina-inspired VAT increase and the follow-on surge in prices of food items have upset the budgetary calculations of families, more so in the case of the salaried middle classes and the poor, who may just vent their anger on 8 May when the nation votes.

Furthermore, the impact of climate change on food production, livelihoods and the fight against hunger is becoming increasingly clear. A shoutout to Bantu Holomisa of the United Democratic Movement, who appears to be the only politician in the country taking the climate issue seriously.

The shifting seasons in the country are already making it difficult for small-scale and large-scale farmers alike to adapt. This, coupled with water shortages, expected to get worse over the next decade, compels human rights defenders to demand a change to the South African government’s lacklustre approach to responding to our food and nutrition situation.

Questions have to be asked as to why African policies on food and nutrition security and the impetus of agriculture have remained stagnant or not yielded much in recent memory. Significantly, the present wave of investment and interest in agriculture needs to be understood in the context of a “consolidation of a global food regime dominated by large corporations in input-supply (seed and agrochemicals) especially, but also increasingly in processing, storage, trading and distribution”.

For the South African experience, it is an obscenity that so often the people who feed us are struggling to survive. Smallholder farmers, in particular, are the people most connected to our land. Better irrigation, farming equipment, storage, market access and women’s land rights could mean a brighter future for millions.

Yet these groups of smallholder farmers have been ignored by many of our leaders for too long. Contextually, many aspects of smallholder farming styles that are seen as backward, inefficient and irrational from mainstream agro-economic perspectives turn out to be highly adaptive responses to the real-world risks and opportunities for life at the margins of the economy.

The current policy mix in South Africa as it relates to broader agrarian reform objectives is not and has never been as “neoliberal” as it has been made out to be — at least in the sense that it has not favoured competition. Instead, we have seen regulatory capture by big corporate supermarkets and agribusinesses.

While the Sugar Cane Growers Association and the SA Sugar Association wage war on the health promotion levy (sugar tax) meant to penalise rampant predatory behaviour in the country’s food value chain, one wonders if trying to reproduce white farmers’ cane production systems is really beneficial for the communities of smallholder farmers.

It seems appropriate to reconsider the public policies which support the sugar cane industry in South Africa. Is supporting a model which relies heavily on subsidies of any interest? Only a thorough study of economic profitability would answer this question, but the opinion presented herein already provides food for thought.

If anything, the gradual conversion of large capitalistic cane plantations to macadamia serves as evidence of the difficulties faced by the sugar industry, and has led to a loss of supply for the industry for at least 30 years. Cheap sugar imports combined with the high price of macadamia nuts has enticed many SA farmers to this crop. However, a massive increase in macadamia nut production in the near future may reduce the market price, which throws into question the long-term profitability of this strategy.

In the meantime, the recent diversification observed on large farms puts the future of cane cultivation in SA in doubt.

Now, more than two decades since the launch of the food sovereignty movement, the global food policy arena has grown increasingly complex in the face of convergent food, financial and climate crises. Unfair trade rules persist with new pressures added to the mix. Despite these mounting challenges, some hard-fought gains have been won by the food sovereignty movement.

Some of the same social movement leaders who fought for years in the streets outside the United Nations — including members of La Via Campesina, the World Forum on Fisher Peoples, and the International Union of Food Workers, among many others — now find themselves on the inside through the recent reform of the UN Committee on World Food Security.

At the national level, food sovereignty is part of the constitutions and/or national legislation of at least seven countries, and up for consideration in a number of others. Part of what makes food sovereignty so powerful and appealing to many is that the concept as it is known today was conceived not in the halls of power, but out of struggle and resistance.

We must acknowledge the politicised nature of the fight for the right to food. The time to call for a “food justice manifesto” that binds all actors in South Africa’s food system has arrived. We battle food wars daily. It’s hard enough for someone with privilege and a middle-class standing to eat well and not become sick, let alone a poverty-stricken city dweller who can’t find a budget-friendly grocery store.

Due to its international diffusion and political implications, the agri-food system has attracted many government-led initiatives involving major multinationals. Such initiatives have strongly influenced food production and consumption. Our world is undergoing a period of radical social change. Unregulated market forces have gone astray, new forms of intolerance are splitting society and the environmental condition of our planet is of great concern.

Policies founded on principles and values such as democracy, inclusion, participation, and cultural sensitivity can provide a fresh angle for the development of solutions to the present time of crisis and pave the way towards economic, ecological and social sustainability. In order to achieve such a goal, the forces that affect the global food system, such as international speculation, climate change, and neoliberal economic policies, are to be challenged with tools and means which differ from the “false solutions” policy-makers have advanced thus far.

What the ANC stands for at the level of principle is increasingly unclear. Post-Zuma the ANC’s trust deficit with South Africa continues to widen. For the EFF and white South Africa, particularly conservative Afrikaners, the grammar of a race war, militant posturing, racial innuendo and symbolic violence sets the stage for confrontation.

All this is an indication that those we have entrusted to be the custodians of a just post-1994 South Africa have been reckless with our revolutionary gains.

The food sovereignty proposition envisages an alternative food system controlled by small-scale farmers and consumers, but deeply embedded in society. This, tied to grassroots-organised acts channelled into patterns of higher political meaning is the only way to realise and protect the right to food.

As such, collective action and activism are needed to lead and forge the path towards a nourishing food system for all, because without human rights defenders, popular struggles will remain toothless words.

On 25 and 26 March, the Legal Resources Centre will convene a consultative seminar on organised acts needed to bring about a legislative framework on the right to food in South Africa. The call is for activists to join hands in leading the way towards food justice in the country.

The desired outcome is to create a shared critical awareness among key stakeholders of the immorality of the prevailing economic and political system, responsible for all the violations we see with the right to food in today’s world.

If the main purpose of government is to provide for the common security of its citizens, surely ensuring the security of the food system must be among its paramount duties.

As our cities in particular gradually become prisons of poverty and malnutrition, I would hope that we can move along a continuum to make sure that all South Africa’s citizens have access to the same fresh, safe, affordable good food regardless of their cultural, social or economic situation. DM

Busiso Moyo is a Right to Food Researcher affiliated to the Legal Resources Centre (LRC). The views of the author are his own and do not necessarily represent the views of the LRC.