Despite a vaccine for cervical cancer, many challenges remain 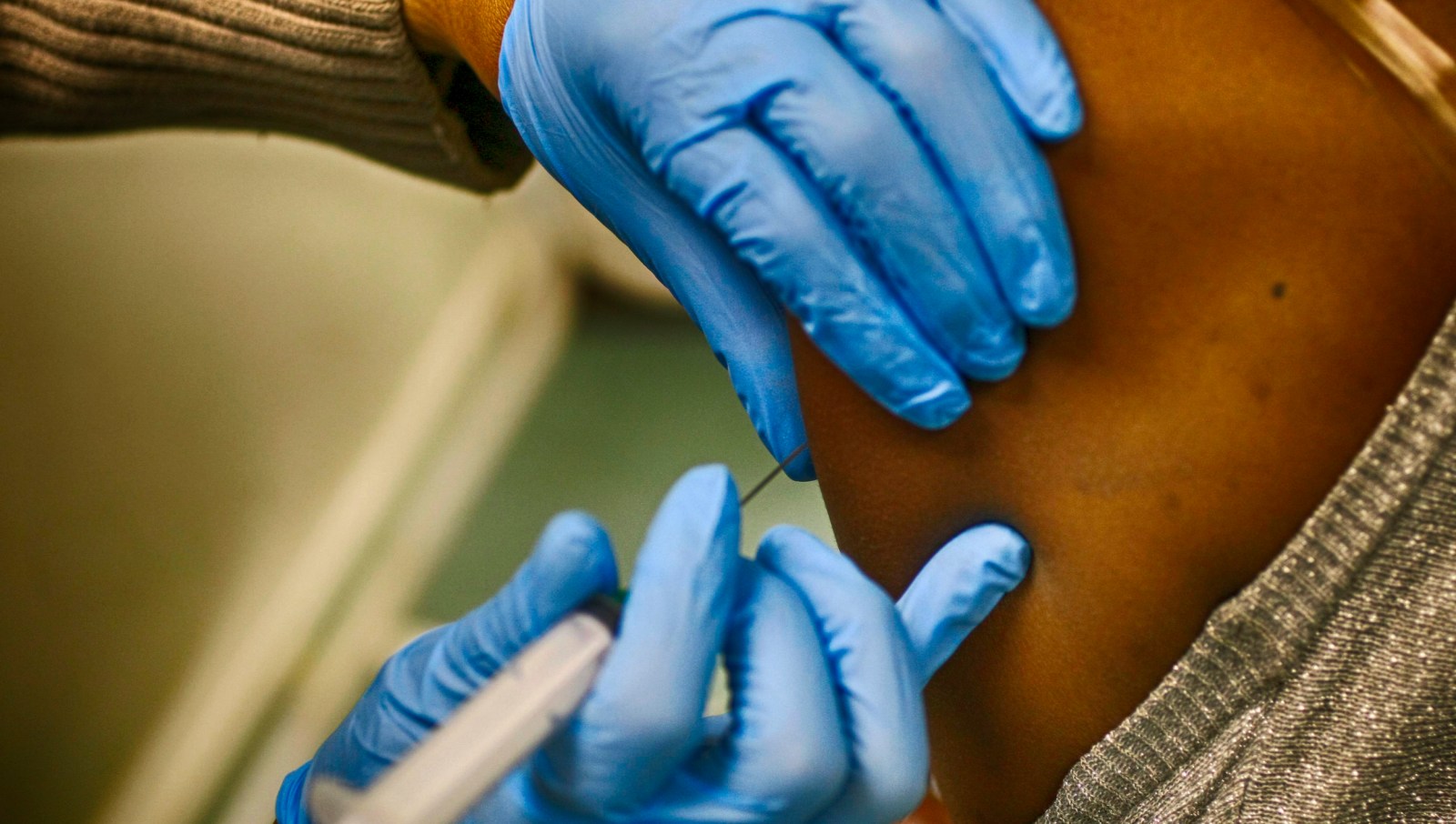 Cervical cancer could be eliminated by the end of this century, thanks to a preventative vaccine. But HEALTH-E NEWS’ Amy Green, Ndivhuwo Mukwevho and Asavela Dalana report that ignorance is a major barrier to the rollout of the vaccine.

“When my mom was diagnosed with stage two cervical cancer, she was advised to have her womb removed as they said it was completely damaged and she was bleeding all the time,” remembered Shirly Seepe, 44, a mother of two adolescent daughters from Limpopo.

But her mother refused the recommended hysterectomy because “she did not want to be buried without all of her body parts”, said Seepe.

Chemotherapy was unsuccessful and Seepe’s mother lost her life to the illness in 2009.

Five years later, the Department of Health launched a government school-based immunisation programme offering girls in Grade four between the ages of nine and 14 a free vaccine, arguably the most important tool that exists to fight cervical cancer.

The vaccine against the human papilloma virus (HPV) — the cause of about 99% of cervical cancers — is the only truly effective form of prevention. And it is effective.

Nearly 14 million women will live instead of dying over the next 50 years if HPV vaccine coverage reaches 80% of those who need it by 2020, according to a February modelling study published in the journal Lancet Oncology.

Continued high coverage of the vaccine, usually given as two injections, along with access to screening services could effectively eliminate this form of cancer by 2100.

Seepe said that she wished her mother had been born a few decades later.

“If it was available in her time, she might still be alive.”

The Department of Health’s bold investment paid off. Coverage data for the first round of vaccinations in 2014 showed that the target of 80% coverage had been exceeded.

This percentage is the threshold needed for adequate protection of the population, according to the Department of Health.

But, since then, coverage estimates have inexplicably yo-yoed.

The number of vaccinated learners dropped below 80% in 2016, but increased again in 2017 to 83%, according to figures provided by Dr Yogan Pillay, Deputy Director-General at the Department of Health.

The aim of the HPV vaccination campaign is to reach all the annually estimated 500,000 eligible girl learners with two doses of the vaccine. Both doses are recommended for sufficient levels of protection.

“About 1.2 million grade four girls have received two doses of the HPV vaccine since 2014 [but] more have received at least one dose: 1.9 million,” said Pillay.

But if the campaign had managed to reach all 500,000 learners each year since 2014, the number should be double this.

Rates of cervical cancer in sub-Saharan Africa are the highest in the world. Although the region accounts for about 10% of the global population of women over the age of 15, more than 20% of cervical cancer deaths occur here, according to a January study published in the South African Medical Journal.

This is mainly because women are often diagnosed late with cervical cancer and need relatively expensive treatment and technologies at that late stage. Women with HIV are also more susceptible to HPV and the infection develops faster in women with HIV, making addressing the hurdles in vaccination access all the more urgent.

Media reports have focused on parents’ concerns about the safety of the vaccine, but experts believe many other factors are fuelling the gaps in our local HPV immunisation programme.

The HPV vaccine works best if given to people before they start having sex because the virus is so common and contagious that the majority of sexually active people will be exposed to it.

A minority of those exposed go on to develop cervical cancer, usually over a prolonged period.

Up to two-thirds of South African women between the ages of 15 and 24 are infected with at least one strain of HPV at any given time, according to estimates provided by Dr Tendesayi Kufa from the National Institute of Communicable Diseases.

While the vaccine is only provided by the state to girls in Grade nine, young women who have had few or no sexual partners would receive the same benefit.

Seepe’s daughters, aged 20 and 24, are unvaccinated as they fall outside the government’s target population — yet they are still at an age where the vaccine could protect them against the disease. Seepe told Health-e News that she is anxious about history repeating itself.

“The only option left for my daughters is to go for regular pap smears, but I wish they could get this vaccine for free too. If they did I will know they won’t become victims to cervical cancer, like my mother,” she said.

Where are the gaps?

Researchers have also pointed out that a significant portion of nine-year-old girls is ignored by the programme, including those in private schools and those who are a grade ahead. Many countries also vaccinate boys to increase population-level protection and to prevent less common cancers caused by HPV in men.

There are calls for South Africa to broaden the target population to include these groups, who often are unable to afford the immunisation in the private sector — at a cost of well over R1,000.

But Pillay says the expansion is difficult: “We would love to expand, but there are no additional funds. [To offer the vaccine to more people] we would need either a single-dose vaccine or significantly lower prices.”

But it is difficult to know the true coverage rates and the reasons for why there are higher rates of unvaccinated learners in some areas of the country because of poor-quality data, according to a 2018 study published in the journal Global Health: Science and Practice

Key informants involved in this research, including government officials and health workers, have attributed low coverage rates in some areas to “challenges experienced with informed consent and anti-vaccine activities”, but without better quality data, this evidence remains purely anecdotal.

Even so, the researchers suggested that these reports should not be ignored. They noted that anti-vaccine messages, predominantly spread on social media platforms, may have posed an “important threat to the success of the campaign”.

But a lack of information and awareness is likely to pose more of an immediate threat to HPV vaccination uptake in the South African context.

Nonzwakazi Faye, an 83-year-old from rural Eastern Cape, refused to sign the consent form for her granddaughter’s vaccination earlier in 2019 because she did not understand what it was about.

“My child was not vaccinated. I don’t understand how a child, at the age of nine, is at risk of getting cervical cancer. The child is too young to get such a disease. Back in my day, there were no such things,” she told Health-e News.

Health Minister Dr Aaron Motsoaledi is set to launch a national immunisation survey in March 2019, which has not been done since before 1994.

The results will be available by the end of 2019 and will shed some light on the true state of vaccination coverage, access and gaps locally.

The recent public sector oncology crisis in KwaZulu-Natal is but one example of the pitiful access to cancer treatment in South Africa.

Proper implementation of the HPV vaccine will greatly reduce the need for treatment and save lives and money, according to 28-year-old cancer survivor Nomsa Tshingowe.

Tshingowe, who lives in a rural village in Limpopo with poor access to services, told Health-e that improving access to the vaccine is an “important” step to tackling cancer.

Said Tshingowe: “Cancer treatment is not easily accessible at our public hospitals, so any form of prevention becomes a victory. This gives us hope that, in future, we will have a cancer-free generation.” DM