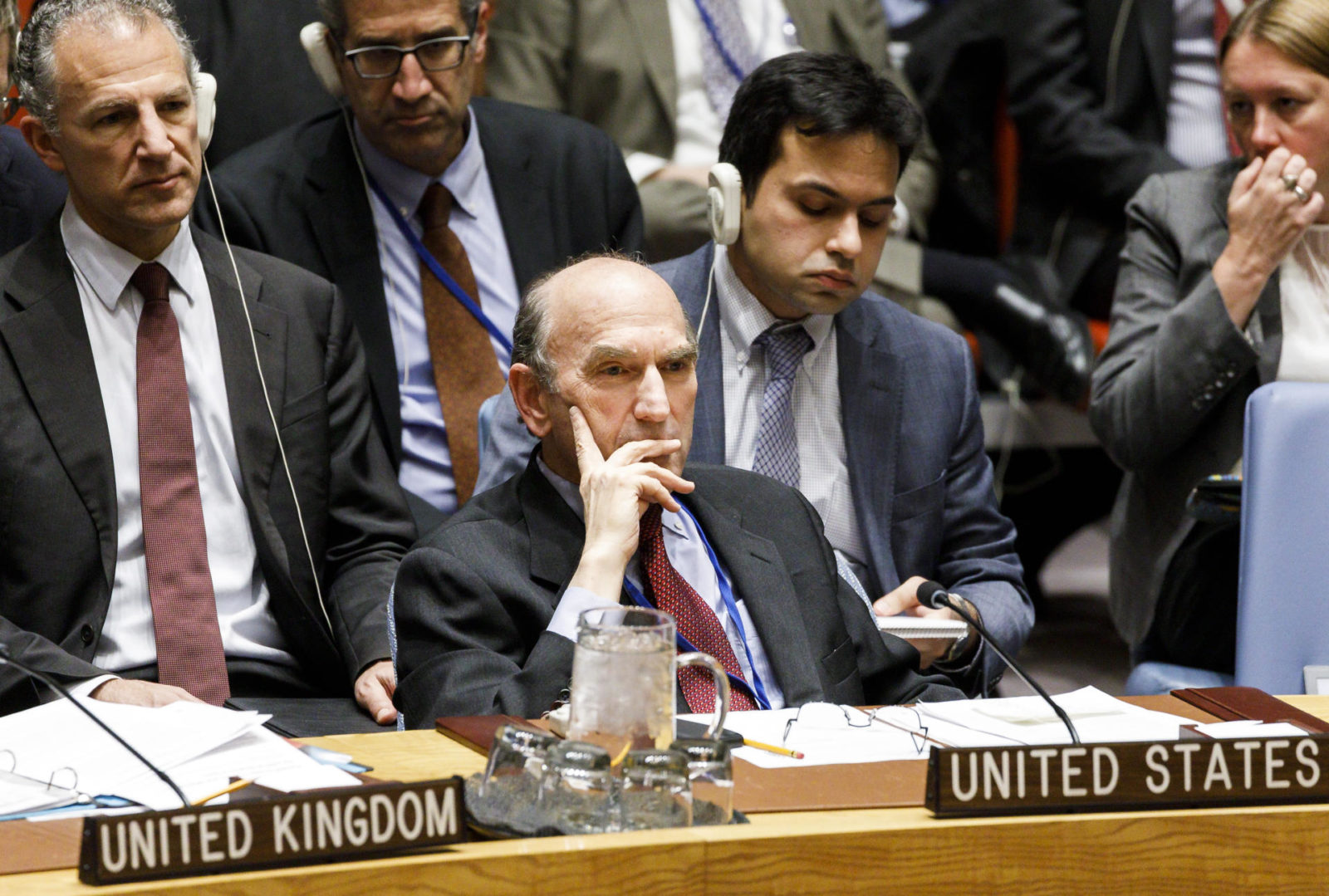 Pretoria remains one of the few friends of the beleaguered Venezuelan leader on the UN Security Council.

The South African government is emerging as one of the few remaining allies of embattled Venezuelan President Nicolás Maduro on the UN Security Council.

As others abandon him, South Africa was one of just three countries on the 15-member council which voted on Thursday against a US resolution calling for the recognition of opposition leader Juan Guaidó as interim president of Venezuela pending new elections.

And South Africa was one of just four countries which voted for an alternative Russian resolution which advocated negotiations between Maduro and his opponents to resolve the crisis.

Maduro was re-elected last year in elections many regarded as fraudulent.

Venezuela’s crisis, though long brewing, erupted in January, when Guaidó, head of the country’s National Assembly, challenged the legitimacy of Maduro who has been in power since 2013 and who was sworn in again for a second term, on 10 January.

The US and more than 50 other mainly Western and Latin American countries have recognised Guaidó as the country’s legitimate leader.

The crisis is coming to a head as Venezuelan security forces prevent US humanitarian aid from entering the country from neighbouring countries. Many analysts fear the confrontation could lead to a military clash between the US and Venezuela.

On Thursday US and Russian resolutions put to the UN Security Council both failed, the US one because it was vetoed by Russia and China and the Russian one because it did not muster the minimum of nine votes in favour.

“The situation in Venezuela demands our action now,” the United States Special Representative for Venezuela, Elliot Abrams, told the Council. “The time for a peaceful transition to democracy is now… We look forward to genuinely free and fair elections and to a Government that reflects the will and aspirations of the Venezuelan people”.

Russia’s draft called for a dialogue between the Venezuelan government and the opposition, in line with the Montevideo mechanism – a forum for talks, launched by Mexico and Uruguay early last month.

“We drafted an alternative draft resolution, the aim of which is not to incite political intrigues and regime change but rather to genuinely help the Venezuelan people in efforts to normalise the situation in the country,” said Russian Ambassador, Vassily Nebenzia.

The South African government justified its votes by saying that: “South Africa could not support the US resolution as it reflected a serious bias and partiality which goes against South Africa’s Constitution and foreign policy, as well as the letter and spirit of the Charter of the United Nations.

“There are three elements in the US resolution that are antithetical to the principles and values that underpin South Africa’s democratic dispensation and its foreign policy,” the government statement said.

“Firstly, the resolution refers to the Venezuelan National Assembly’s authority to release political prisoners and grant amnesty. South Africa views this as tantamount to the National Assembly usurping the authority of the executive. This is in violation of the principle of the separation of powers on which the South African Constitution is predicated. Therefore, South Africa could not support, at the international level, the violation of this universal, sacrosanct and inviolable principle that underpins the governance of the modern state.

“Secondly, South Africa could not support a reference in the US resolution expressing deep concern that the Venezuelan presidential elections of May 20, 2018, were neither free nor fair. President Nicolas Maduro was re-elected by a wide margin, garnering over 5.8-million votes according to the National Electoral Council (CNE).

“South Africa respects the authority of the CNE as the constitutionally mandated body that is charged with the management of the electoral process in Venezuela. This body declared President Maduro the winner and this should be respected. This is the basis on which President Maduro enjoys legitimacy and international recognition.

The statement added that South Africa was concerned about the serious humanitarian situation in Venezuela but that humanitarian aid should be delivered by the UN and thus be depoliticised. This referred to the US aid which is stuck at Venezuela’s borders as Maduro’s government won’t let it in on the grounds that it is a political ploy.

On Tuesday, the UN’s political and peacebuilding chief, Rosemary DiCarlo, briefed the Security Council about the “grim reality” facing the country.

The UN reported that as political tensions continued to escalate, the UN humanitarian coordination office (OCHA) had been documenting the humanitarian  crisis in the country: “Infant mortality has increased by more than 50% since 2017; four in five hospitals lack the necessary medicines and staff to be operational.

“To date, the UN refugee and migration agencies (UNHCR and IOM, respectively), estimate that the number of Venezuelans to have fled their country stands at 3.4-million.”

Following recent violence by government forces during demonstrations at border crossings with Brazil and Colombia and other parts of the country, the UN human rights office (OHCHR) denounced excessive use of force which led to the death of several civilians. DM