Is the scent of oil a solution for Somalia? 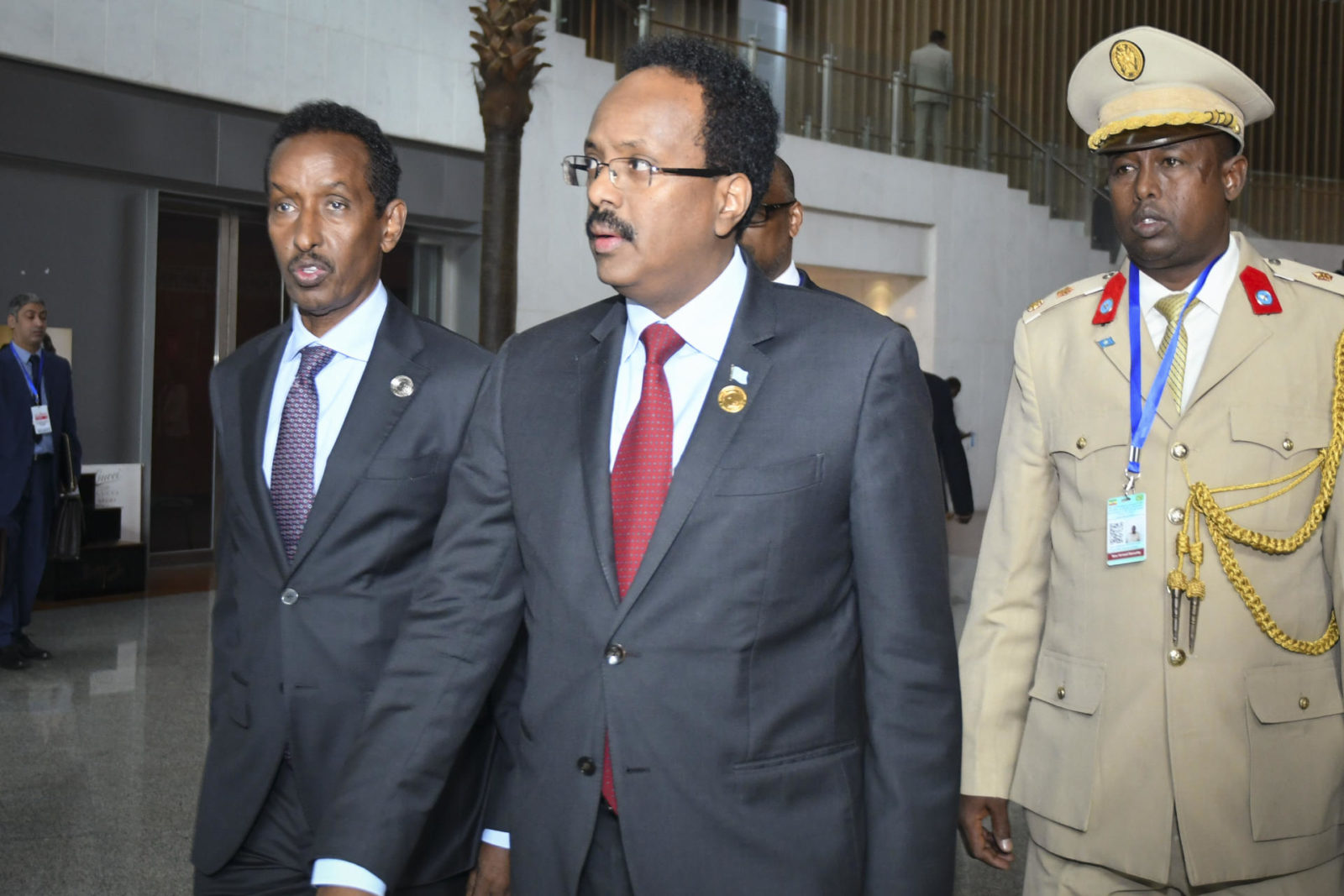 ts dispute with neighbouring Kenya over offshore oil and gas resources must be carefully handled.

Somalia has enough problems as it is. Now the resource curse, so fatal to many other African countries, appears to be raising its ugly head. On the military front, Mogadishu isn’t winning the war against al-Shabaab. And now the African Union (AU) has reluctantly decided to downsize the AU Mission in Somalia, its force that has prevented al-Shabaab from overrunning the country.

Last year the AU ordered 1 000 of Burundi’s Amisom contingent of 5,432 troops out of the country by the end of February 2019. This is part of an overall reduction in Amisom, to be completely withdrawn by 2020.

One might have thought that was bad news only for Somalia, and indeed President Mohamed Abdullahi Mohamed (Farmajo) decried the Burundi withdrawal after meeting Burundian President Pierre Nkurunziza on 19 February. Farmajo said Somalia still needed all the help it could get to fight al-Shabaab.

Nkurunziza surely should have been delighted to bring young Burundians home from what must be the deadliest peacekeeping mission on the planet. But no, he called for a special summit of the five Amisom troop-contributing countries to review the decision and threatened to withdraw all 5,432 of his troops if he was forced to withdraw 1,000.

The peculiarly Nkurunzizian logic of this is that cash-strapped Burundi earns $18-million from the AU every quarter as payment for its troops. To Nkurunziza, therefore, they are forex fodder, not people.

Also, the return of those soldiers from Somalia represents a considerable threat to Nkurunziza’s own security. One thousand unhappy and restless soldiers no longer earning US dollars may get funny ideas.

Stephanie Wolters, senior research fellow at the Institute for Security Studies (ISS) in Pretoria, says the same problem came to a head a few years ago when the European Union wanted to circumvent the Burundian government and pay its Amisom soldiers directly. “That did not go down well with Nkurunziza, the AU or other countries contributing troops to Amisom,” she says.

Somalia, meanwhile, stands on the possible threshold of a major offshore oil and gas find which could eventually solve its financial and other problems. Seismic probes have indicated not only rich reserves of gas, but also of oil below the seabed in Somalia’s waters.

As the Norwegian seismic company Spectrum Geo has reported, the East African coast has almost too much gas. Mozambique and Tanzania are jostling to find markets for their vast gas reserves. What made the Somali offshore geology exciting, it said, was “the scent of oil”.

If proven by drilling, the gas and particularly oil reserves below the seabed could address many of the country’s needs – though of course, that would be some years down the line. And in any case, Somalia would only benefit if it managed to avoid the pitfalls of almost all its fellow resource-rich African states, by ensuring that its apparently abundant petro resources become a blessing and not a curse.

This is a crossroads moment for Somalia. Already there are signs that things might be going in the wrong direction. Somalia has fallen out with its southern neighbour Kenya, which claims that Somalia tried to auction off oil and gas exploration blocks that lie in Kenyan territorial waters at a London conference on 7 February.

Kenya recalled its ambassador and expelled Somalia’s. Kenya’s foreign affairs cabinet secretary Monica Juma told journalists that Somalia was “deliberately misleading” prospective investors by offering to sell four offshore oil blocks in an area of the sea that was subject to court proceedings to resolve an ownership dispute between the two countries.

Somalia denied the allegations, saying that while the maps it presented at the conference included territory that Kenya claims, the conference was just a marketing exercise. It said its government wouldn’t take any unilateral action on the area pending a ruling from the International Court of Justice (ICJ) to which Somalia referred the dispute in 2014. It said Kenya had, in fact, tried to sell off exploration blocks in Somali waters.

Though the competing claims are still being wrangled over in the ICJ, it would seem from local reporting on the dispute that Somalia has the better of the argument. Kenyan governance expert Professor Amukowa Anangwe told Kenya’s Sunday Nation that Kenya would stand a better chance if it didn’t base its case on Article 15 of the 1982 Convention of the Law of the Sea.

That article essentially defines the maritime boundaries between two adjacent coastal states as running out perpendicularly from the point where their landward boundary meets the coast. That would seem to be the logical way to draw the maritime boundary, suggesting that the exploration blocks Kenya claims indeed encroach on what would logically seem to be Somali waters. That may explain why Kenya seems keener on settling the dispute bilaterally than through the ICJ.

Senior ISS researcher Timothy Walker, however, notes that this dispute has been caught up in a wider argument about the colonial-era boundary between the two countries. “And a verdict in favour of Somalia will result in a substantial adjustment and loss of Kenya’s Economic Exclusion Zone which it proclaimed in 1979.”

Walker regrets that not all options for delineating the boundary in bilateral negotiations were exhausted before the dispute was referred to the ICJ, which he predicts will give a “zero-sum” binding ruling.

Either way, this is not a happy dispute for either side. Like Burundi, Kenya is a major contributor of troops to Amisom, with some 3,600 soldiers in Somalia. Some Somalis – and others – accuse Kenya of being in the country for its own interests, including commercial ones, rather than Somalia’s. It invaded Somalia to take on al-Shabaab in 2011 after members of the group killed tourists at a beach resort on the border with Somalia.

Whatever its motives, its troops are undoubtedly helping to keep al-Shabaab at bay and have suffered heavy casualties in doing so. On home soil, Kenyan civilians have also paid the price, in several retaliatory terrorist attacks by al-Shabaab.

This is a dispute that shouldn’t be allowed to spin out of control. DM