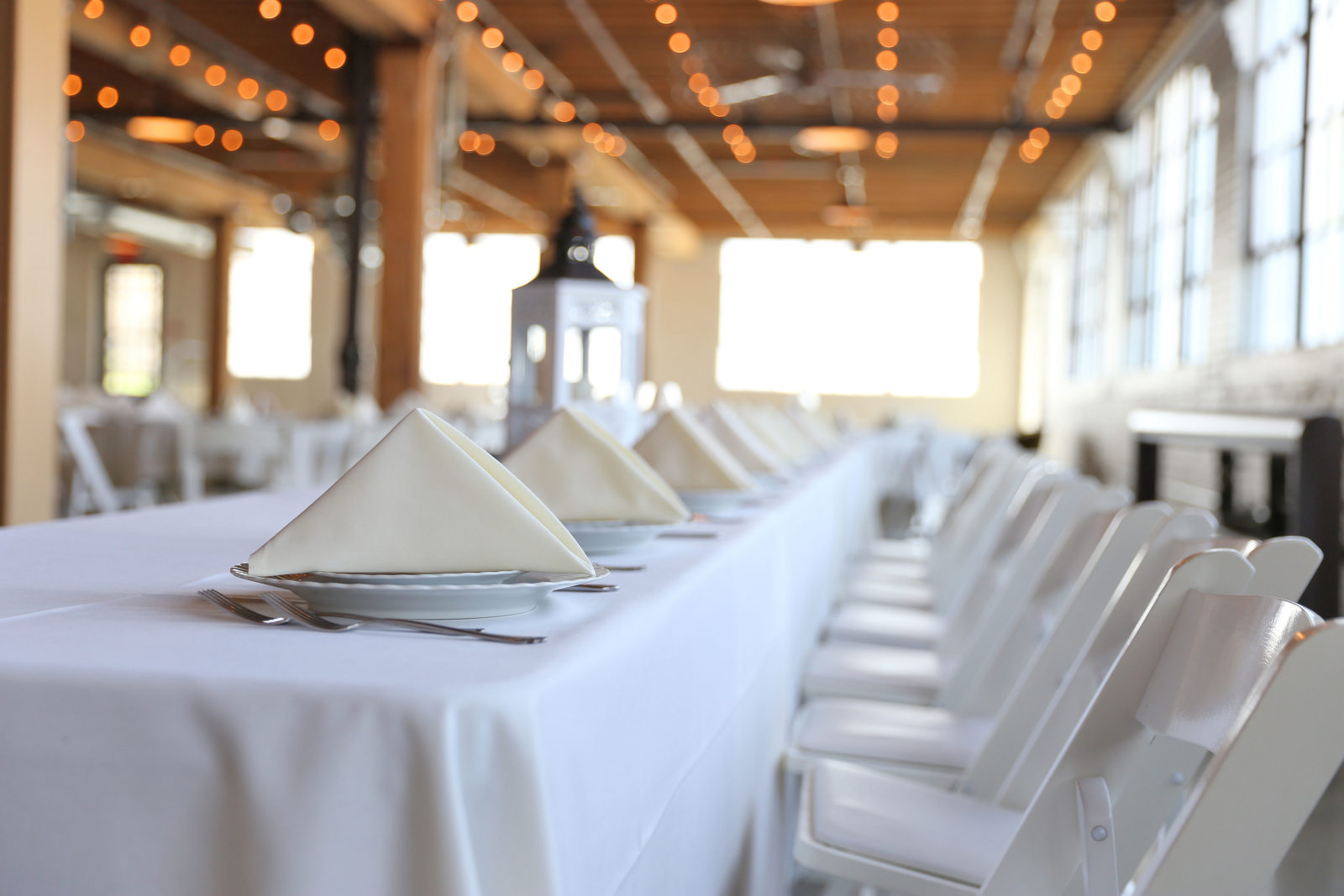 South Africa’s still nearly white-dominated food scene, long a source of frustration for those of colour trying to break into it, has fuelled a collective called SA POC at the Table, comprised of people of colour in various sectors of the food industry. On 13 February, it held a food conference in Cape Town, the first ever for people of colour in South Africa, with some 80 in attendance, to talk about transformation.

Talk of black stories that need to be told, forgotten ingredients to be celebrated and “pearls and diamonds” dominated the inaugural SA POC (People of Colour) at the Table food conference for people of colour, held in Cape Town this month.

When it comes to South Africa’s food scene, our colonial past is more like an oversized table runner that nearly cloaks our national dinner table, rather than a thread that runs through it. It still dominates our foodscape in 2019: from the foods, dishes and cuisines we eat in our restaurants to the chefs at their helm, to the farmers and artisanal producers we support and laud, to the stories and recipes dished up in local food media, to the cookbooks our publishing houses publish.

Ishay Govender-Ypma, award-winning food and culture journalist and founder of the SA POC at the Table initiative, said in her opening address:

“We work on a premise of a longer table as we strive to eradicate the fences that serve as barriers to entry, barriers that keep our contemporaries and the young ones out,” described it in her opening remarks as “an initiative that has now become a movement”, adding:

“And while all the conversations you will engage with today have their roots in pre-colonisation, we are here today for two reasons – because the moment in our culture has spoken. And, because the moment to focus on this wide and brilliant future is right now. I feel it in the depths of my bones, and from what I gather from your feedback and enthusiasm, I see that you do too.”

The conference was cross-generational and focused less on the painful past than on present-day challenges and building a better future through education, mentorship and a culture of excellence.

Speakers came from many walks of life: an ice cream maker from Zimbabwe, an indigenous bush doctor, a small-scale community farmer who supplies high-end Cape Town restaurants, a self-published cookbook author, a Cape botanist, a chef/owner of a restaurant in Khayelitsha, a Pan-African chef with global aspirations, and a sommelier/winemaker, were just a few.

Said Sitole in the conference’s official opening speech: “I wish that all of you gathered here, especially the younger professionals, will be brave to speak up when things don’t feel right, you have a lot to gain, speak your truth, stand your ground, claim your space, do not whisper but yell! You have the training, you worked hard to achieve your qualifications. But, also remember to always aim for excellence and consistency, and an impeccable work ethic, because there is no point in making all the noise and yet you are unable to deliver!”

Sitole added: “Take care of one another, acknowledge and encourage each other, be each other’s cheerleaders and remember to lift as you rise! When singular fame calls, please remember where you come from, find opportunities to collaborate with others and always have a heart for your community of professionals.”

Many attendees spoke of the challenges young people face entering and climbing the ranks of this industry. Some stem from straight-out prejudice; some from cultural ignorance, and some from the lack of exposure young black people have to the industry.

“Why would I even appreciate a chef when I had never eaten in a restaurant or stayed at a hotel?” said Sitole.

When author Mogau Seshoene, whose The Lazy Makoti’s Guide to the Kitchen is currently the best-selling cookbook in South Africa, first approached publishers, she was told:

“Black people don’t like books; this is not a great time for books in general, even more so cookbooks, even more so a book on black food. Just about everybody said ‘no’ to me. Eventually, I signed with a publisher, and the book went on to validate everything I thought would happen.”

Seshoene’s book is now in its fourth printing, and outselling Jamie Oliver and Ottolenghi in the South African market, according to its publisher, Quivertree Publications.

Prior to its publication, there was also the issue of how Seshoene’s book would be put together.

“I discovered that almost every photographer is white. Every food stylist is white. I was very deliberate… I have a perspective of this food that you can’t possibly have, so I am going to style my own book.”

The same was true for language.

“This is absolutely how my people talk. I remember my editor asking, ‘What is by fire by force?’ (laughter erupted in the audience) … I have certain quotes in the book that won’t necessarily make sense to an editor that is sitting here in Cape Town.

“I insisted that I know my market. If I’m going to do a book, it’s going to be authentic. There’s a reason why I wanted to do a book. It’s because I’d never seen a book that was truly representative of me as a black South African girl, that is reflective of the time we are living in. We are the black girls who are not straightening our hair. We’re the Wakanda generation. You can’t tell me how something is supposed to represent me. I know exactly how it should look, which is why I should write this book, and I should style this book.”

A panel discussion called Going Back to Our Roots focused on indigenous ingredients.

“We don’t appreciate our ingredients until we see someone with them on TV,” said dietitian Mpho Tshukudu, co-author of the book Eat Ting, who advocates eating indigenous ingredients for health and sustainability. These are ingredients, she explained, that are often considered “poverty food” by middle-class blacks who have moved from their villages to cities.

The responsibility we have for these ingredients was discussed by botanist Rupert Koopman.

“People in the Cape, especially the fynbos region, they like looking at the mountain and its beauty but they don’t necessarily like the responsibility that comes with living in this special place. The largest impact on our biodiversity and the fynbos biome is agriculture. We go to all these beautiful places and look at the mountain, but don’t think about what was on the land before the vineyards came… and in the Karoo, before all the grazing. The question we should be asking is, ‘What would the land like us to do?’ Basically, I’m on a mission to see how we can have these conversations that are a bit more inclusive of what the land wants. The plants are actually quite specific in where they like to grow and in conflict with what we consider to be progress.”

The talk of pride in our local foods extended into discussions about the restaurant industry and the experiences it provides, which mostly exclude traditional foods and ingredients.

“Chefs still play to the notion that our food is not good enough,” said Cass Abrahams.

“Value has always been placed on European food,” added Chef Andre Hill of Cape Town’s Upper Bloem Restaurant, whose childhood meals in the Bo-Kaap inform his restaurant’s menu. “But, our food does not need to be elevated.”

Sitole and Abrahams also spoke of foreigners’ excited reaction to South African foods they have cooked while travelling overseas, yet there has been so little support and interest here. Several spoke about the dearth of restaurants serving South African food, which is as much a disappointment to international visitors as it is a travesty for our own diners.

“We are the original glamour,” said Chef Coco Reinarhz of Sandton’s Pan-African restaurant Epicure, in reference to African food. Reinharz grew up in the DRC and is on a mission to show the world the beauty and diversity of regional African food.

“It’s all about the presentation,” he said.

Several others spoke about the need to modernise the look of traditional dishes while still capturing their flavours.

One repeated theme throughout the day was the need to know who we are and who we aren’t, when it comes to food, wine and the African story.

Sommelier Tinashe Nyamudoka of Cape Town’s The Test Kitchen spoke about his journey from Zimbabwean immigrant to sommelier at one of the world’s best restaurants, to winemaker.

“I’d sit on these tasting panels… I didn’t know what a blackcurrant tastes like. I struggled with exotic foods. I associate my wine with my grandfather’s back yard.”

Nyamudoka’s wine is called Kumusha, the Shona name for home or origin.

Another area identified as critical was the need for education about traditional foods and indigenous ingredients, starting with children.

“When you teach children about heritage and heritage foods, the whole process becomes more sustainable,” says Tshukudu, who said that even today, dietitians in training do not learn about traditional ingredients, which are both local and healthy. The curriculum at chef schools also needs work, with little to no teaching of African cooking at South Africa’s culinary schools.

“We need to change and rewrite a curriculum so that it is relative to us,” said Hill.

Throughout the rich programme curated by Govender-Ypma and activist Zayaan Khan, there were many inspirational stories shared. Each attendee brought a dish of food, and this pot luck supplemented the wonderful lunch prepared by chef collaborators Amanda Manyatshe and Zuko Mdaquelwa (Chef Sage), who runs Hidden Gems Sundays in Ikwezi Park, Khayelitsha. The day was also an opportunity for networking and for entrepreneurs to support each other: coffee was provided by Conquer Coffee (the first Cape Flats coffee roastery) and tea by Pola Tea and Flowers.

The mood of community and positive change was palpable.

“The idea is to make this a national event, in other cities,” said Govender-Ypma at the end of the day.

The event ended with a reading by poet Toni Stuart, who captured the essence of the conference with a poem she’d written throughout the day called revolutionaries at the table. DM