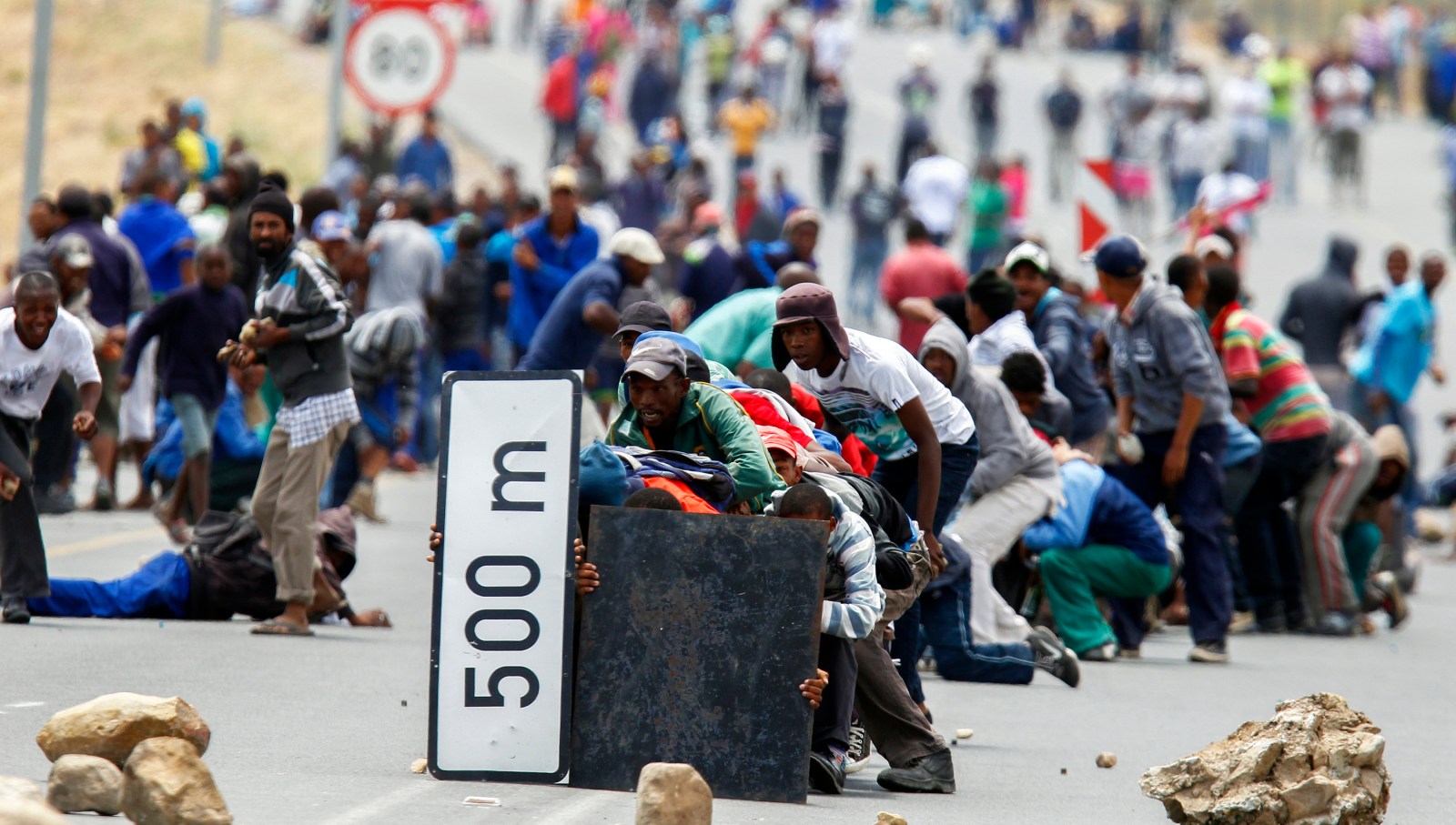 Constitutional Court to rule on 1982 legislation.

General Alfred Moyo, an activist in Makause informal settlement in the east of Johannesburg, is at the centre of a court case that challenges the constitutionality of part of the Intimidation Act of 1982.

The application to have a section of the Act struck down was heard in the Constitutional Court on Tuesday 19 March. Moyo was represented by the Socio-Economic Rights Institute (SERI) and the Centre for Applied Legal Studies (CALS).

Moyo’s battle started in 2012 when he was involved in planning a march against police brutality at Primrose Police Station in Germiston. The march was organised to show solidarity with the victims of the Marikana Massacre and also raise other issues such as poor policing.

On 18 October 2012, days before the scheduled date of the march, the police and representatives of the organisers held a meeting at the station.

According to the police, Moyo told them that “there will be bloodshed”, that he would make sure that they were removed from the station, and that he charged towards the police, pointing fingers at them.

Moyo denied saying or doing anything with the intention to create fear, threaten or intimidate the police. But the police claimed they feared for their lives, arrested Moyo, and charged him with intimidation under Section 1(1)(b) of the Intimidation Act.

This section of the Act states that persons will be guilty of an offence if they act in a manner or utter words that have the effect or might reasonably be expected to have the effect that another person fears for their own safety, the safety of their property or that of a third party.

Stuart Wilson, the advocate from SERI, argued in the Constitutional Court that the wording of the Act was too broad and it infringed on the right to freedom of expression. He said it should be struck down because it was unconstitutional.

Wilson argued that even if no fear was created, an accused could be convicted under the Act if the speech or conduct had the potential to create fear.

SERI said in its court papers that “the fear might not be a specific one”. It said a complainant needed only to allege that they feared, or might reasonably have feared, for their property or livelihood.

“A simple warning, or a political threat to vote someone out of office, or an everyday lawful, authorised protest in an urban area could all intentionally create the reasonable fear of imminent harm to persons, property or livelihoods,” said SERI in court papers.

But the state disagreed with SERI’s interpretation, arguing that a mere allegation of fear would not lead to a conviction. The state argued that the trial court would consider the consequences of the alleged act of intimidation and decide if there were reasonable grounds for fear or not.

“The trial court would ordinarily not only accept the complainant’s version that he or she feared for his life, without testing such version against the reasonable person finding himself in a similar position,” read the state’s court papers.

“To simply say ‘I got so scared when that person said that’ would not make its way to court… and to participate in a peaceful and legitimate protest would not find its way to the courts either,” Advocate Piet de Jager for the state told the Court.

But Wilson said that although it was not the desired outcome of that section of the Act, it could still be interpreted and used in that way and because of this, it should be struck down.