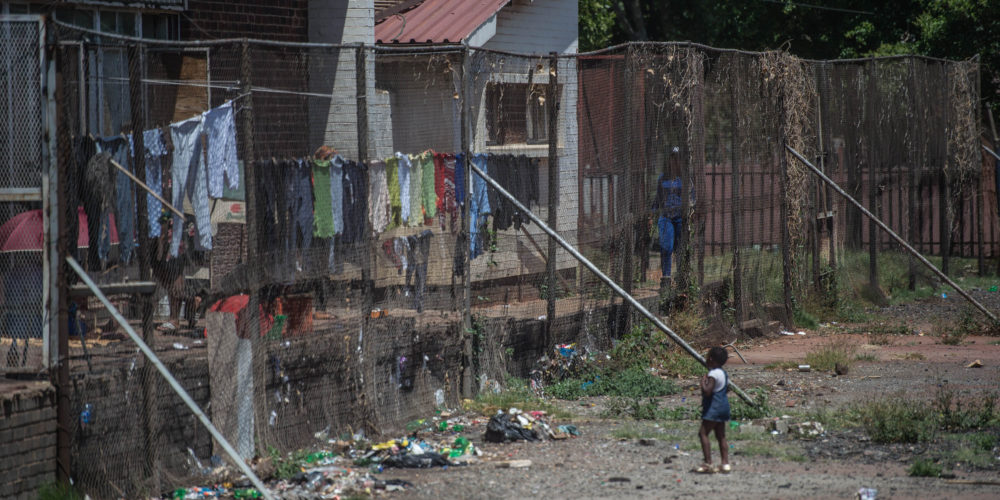 A community-led media investigation into the governance of Ward 58 in the light of the DA’s election manifesto for 2019 including Mayfair, Fordsburg, Fietas and Brixton, 11 November 2018. PHOTO/MUJAHID SAFODIEN

On Monday, I read a piece written by Ferial Haffajee on the challenges experienced by members of Ward 58 within Johannesburg’s inner city. There is no denying that Haffajee highlights real and persistent challenges within the ward. But there is also a truth which Haffajee’s article hasn’t given voice to.

Ferial Haffajee and I agree on one thing – much work needs to be done in order to turn the situation in Mayfair around. This isn’t a condition unique to Mayfair but is a characteristic of the inner city as a whole.

However, the lingering impression left by the piece suggests that the challenges within Mayfair are not only recent but are a product of the new multi-party government.

On this, Haffajee and I disagree; this is not the first time we have disagreed on this specific issue. The truth of the matter is that the frustrations of Mayfair residents, and Ms Haffajee, who is a member of said community, are frustrations that I feel about the inner city as a whole.

As the multi-party government, we promised to deliver better governance and improve the lives of our residents. We remain committed to that.

What Haffajee seemingly fails to appreciate are the deep-rooted and systematic failures which were inherited by the multi-party government – failures which have resulted in the decline of the inner city and informal settlements, which includes areas such as Mayfair, and failures which we are progressively attempting to address within a limited fiscal framework.

This is the legacy of misrule which we have all inherited from the ANC.

Indeed, the ANC within the City of Johannesburg sought to pull the wool over residents’ eyes by not disclosing:

Plainly put, in order to protect their own short-term gain, the ANC administration allowed the city to deteriorate to a state of crisis.

These are the widespread, and deep-rooted failures, which we have inherited as the multi-party administration. These failures are felt the most in some of our poorest and densest communities.

This is the truth which Haffajee’s article hasn’t given voice to.

That said, the new administration hasn’t simply opted to bury its head in the sand. One of the key problems facing the community of Mayfair and the inner city really relates to immigration.

Since coming into government, I have been on record on the challenges posed by uncontrolled immigration into the city and the negative impact that can have on communities and the rule of law.

At numerous times, I have sought the audience of many a Minister of Home Affairs in order to address this challenge on behalf of our residents. These requests have fallen on deaf ears.

I recently, once again, wrote to the current Minister of Home Affairs, Dr Siyabonga Cwele, requesting that his department keep their commitment to assist the on this matter – we are yet to receive word.

While the City is seized with bringing back the rule of law through the policing efforts of Operation Buya Mthetho, which aims to enforce by-laws, take down illegal connections to services and providing more visible policing, the severity of the problem is one we could never hope to resolve on our own.

As admitted by Haffajee, policing is a national competency and it is time that the national government’s security cluster started addressing it – this includes the Department of Home Affairs.

Haffajee’s claim that “local government has the levers to ensure that (immigration) is better managed” is bizarre and unfortunate in this regard.

Nevertheless, the City will continue to engage not only the national Department of Home Affairs but our policing authorities as well in order to address this problem.

In addition, as mentioned by Haffajee, the City has put in place a plan to begin progressively addressing challenges within Mayfair as part of a broader strategy to revitalise the inner city.

Indeed, in order to bring change to the city, as part of our Diphetogo programme, we are working to accelerate our delivery in the hope of restoring the faith of Johannesburg residents in their city.

Through Diphetogo, the most critical needs of our residents, communities and businesses will, for the first time, begin to receive long-term investment that will drive transformational change in our city.

On the path towards this, in the recent adjustment budget, we have seen an increase in the capital budget for transport, electricity, water and housing from 58% (2017/18) to 69%.

Service delivery issues that plague our communities arise from these institutional backlogs, and prioritisation of spend in these areas will continue to campaign to improve the lives of our residents.

In addition, we have increased infrastructure maintenance and repairs from 2% previously to 6% within the city.

These all form part of the change we are progressively bringing to residents.

Finally, I address the allegations made against Councillor Alex Christians.

The ANC has alleged kickbacks to the tune of R800,000 levelled against Councillor Alex Christians, the Chair of Chairs for the Johannesburg Metropolitan Council. As a part of this, the City is accused of covering the matter up.

Allow me to be clear: the final investigation into this matter was presented on 25 January 2019 and was immediately forwarded to the Speaker and the City Manager for their consideration.

Claims to the contrary are patently false.

As matters stand, the investigation into the matter, as conducted by the City’s Group Forensic Investigation Services, found:

“GFIS could not substantiate the allegation of R800,000 kickback (to) Councillor Christians and no one was willing to [give] us more information on the allegation.”

As a part of the forensic investigation, a lifestyle audit of Councillor Christians found no evidence of income which had not been declared to the City, further illustrating that there is no evidence to substantiate the claim.

While the investigation found no criminal conduct as committed by Councillor Christians, it made findings which have been referred to the Speaker of Council for consideration. The Speaker has indeed referred this matter to the City’s Ethics and Disciplinary Committee for processing. DM