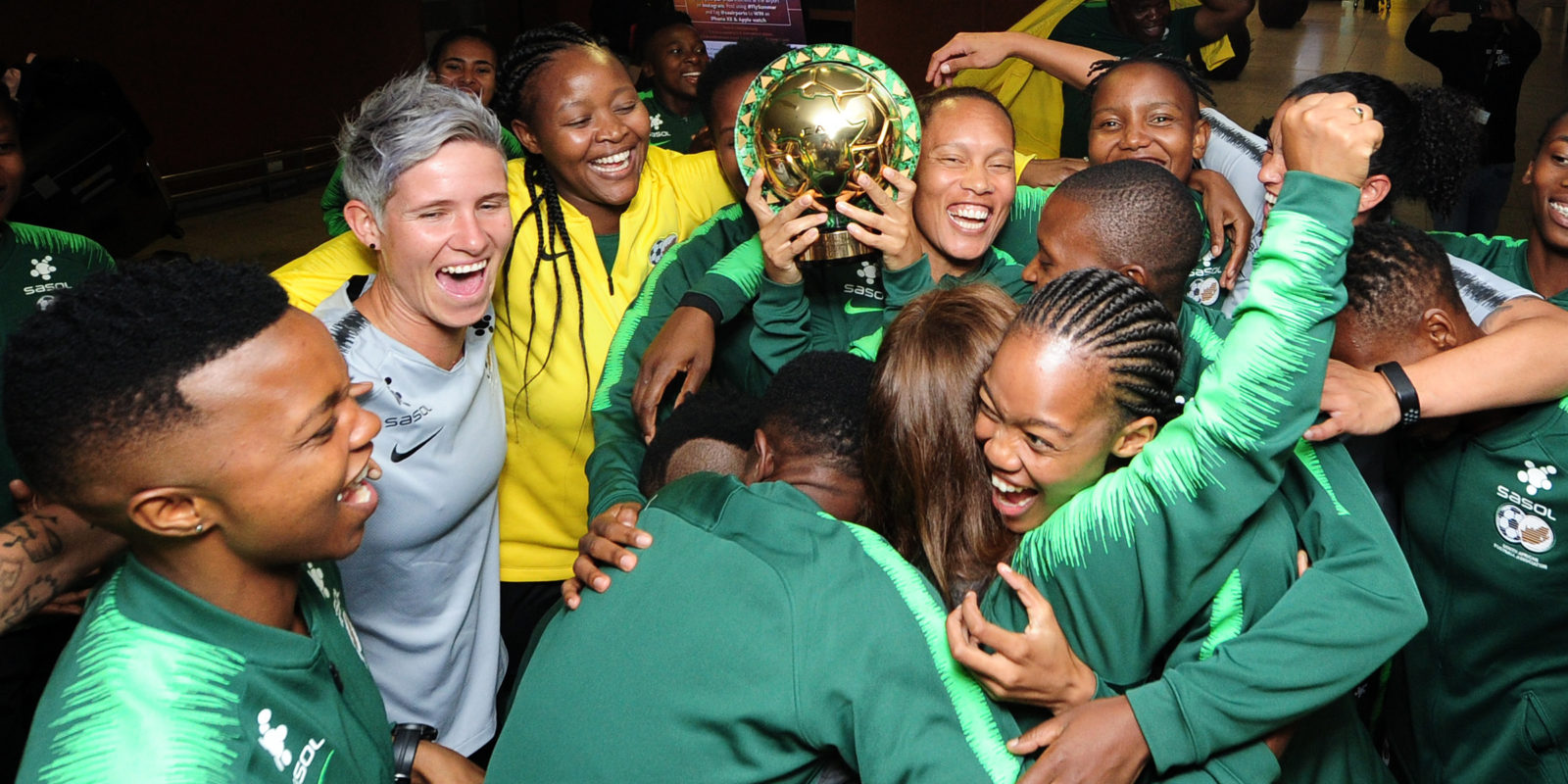 Despite the consistent successes of South Africa’s women’s national soccer team, Banyana Banyana, the team has had only one sponsor for the past 10 years. With their first qualification for the FIFA Women’s World Cup, things need to change if South Africa wants more success from the team, Parliament heard on Tuesday.

“There’s no way can sustain women’s football development on our own — we need sponsors,” said Russell Paul, acting CEO of the South African Football Association (Safa).

Paul and other senior Safa officials briefed Parliament on the progress of Banyana Banyana, the senior women’s national football team and preparations ahead of the World Cup in June and July.

It was revealed at Tuesday’s briefing that while there is R20-million set aside for the team’s World Cup campaign, more sponsorship is needed to ensure women’s football grows in South Africa.

Paul said there is only one sponsor for the women’s senior football team – Sasol – despite insurance company MiWay offering the team a bonus in December 2018 after placing second at the African Women’s Cup of Nations (Awcon).

“Despite the success, we have had no support, and I think if we go to women’s sport — women’s rugby, women’s cricket — it is all the same, the discrepancy between the male and female version of the sport. It is a big challenge in this country,” said Safa president Danny Jordaan.

Banyana Banyana have had a successful past five years — winning the Cosafa Cup twice, being runners up in the 2018 edition of Awcon and now qualifying for the World Cup.

There are 101 days before the big tournament, which Banyana Banyana qualified for automatically as the runners-up at Awcon in Ghana.

Safa said that despite their investment in women’s soccer — describing it as “unparalleled” — sponsorship challenges included poor broadcast revenue that hindered the development and support of women’s football in the country.

Paul told members of the parliamentary sports and recreation committee that the SABC had provided R110-million over the past three years to the association, of which R40-million was “reinvested into women’s football”.

Before the World Cup, the women’s team will play the US — the current world champions and currently ranked No 1 in the world. The team will then head home for a short break before travelling to France for June’s showpiece, said Paul.

Despite the committee’s concerns, it was ANC MP Beverley Abrahams who both raised a big laugh and laid the inequalities of soccer in South Africa bare by saying:

“Imagine if Banyana and Bafana played a match?”