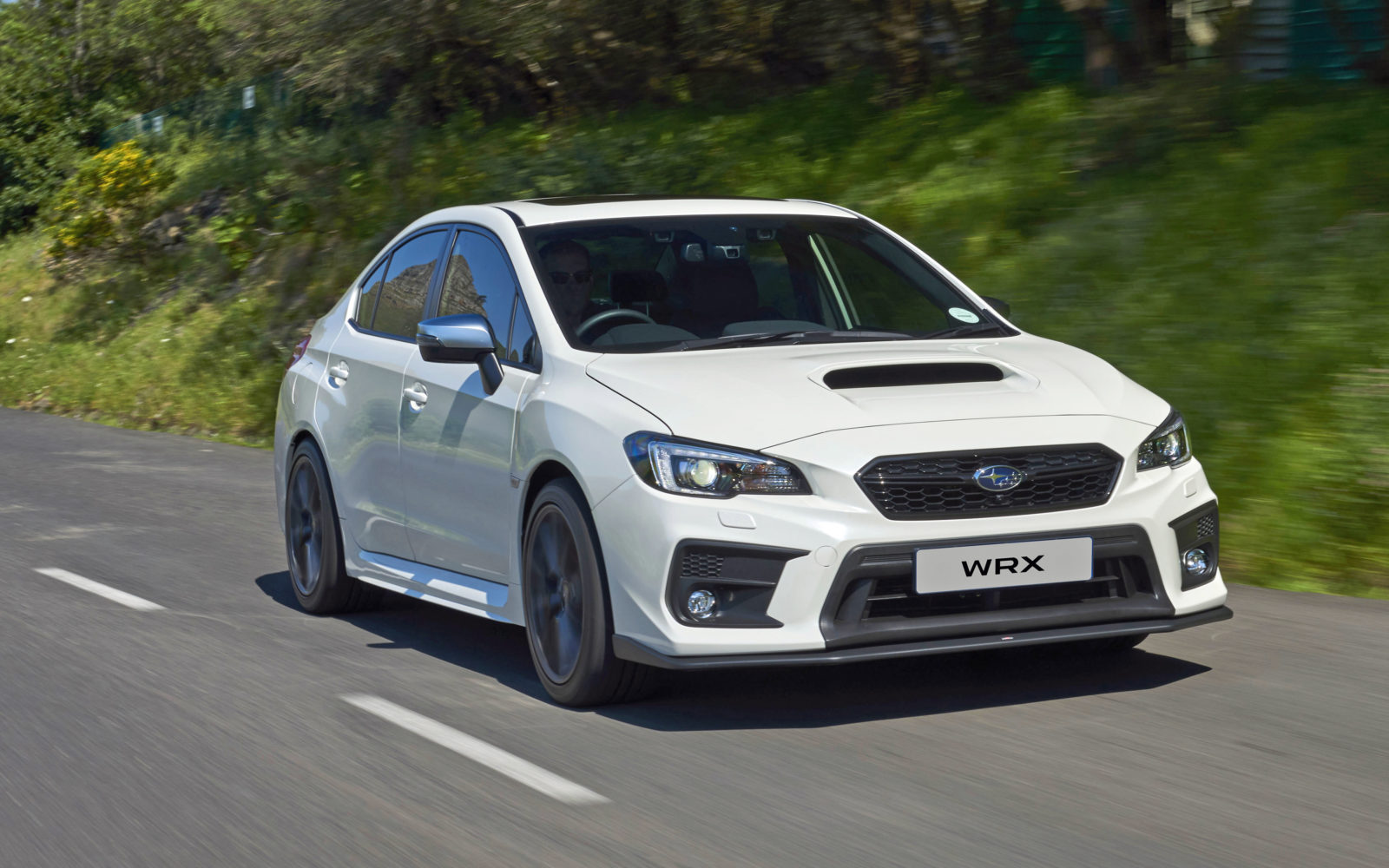 The Subaru WRX can lay claim to an enviable motorsport heritage, earned the hard way on the unforgiving stages of the World Rally Championship. In latest road-going guise, the WRX seeks to bring that legacy a broader market – but the result is not quite what the badge infers…

You can typically divide Subaru enthusiasts into two camps. On the one hand, you have the adventurous types, drawn to the brand by its all-terrainers, of which the Forester is perhaps the most popular example. 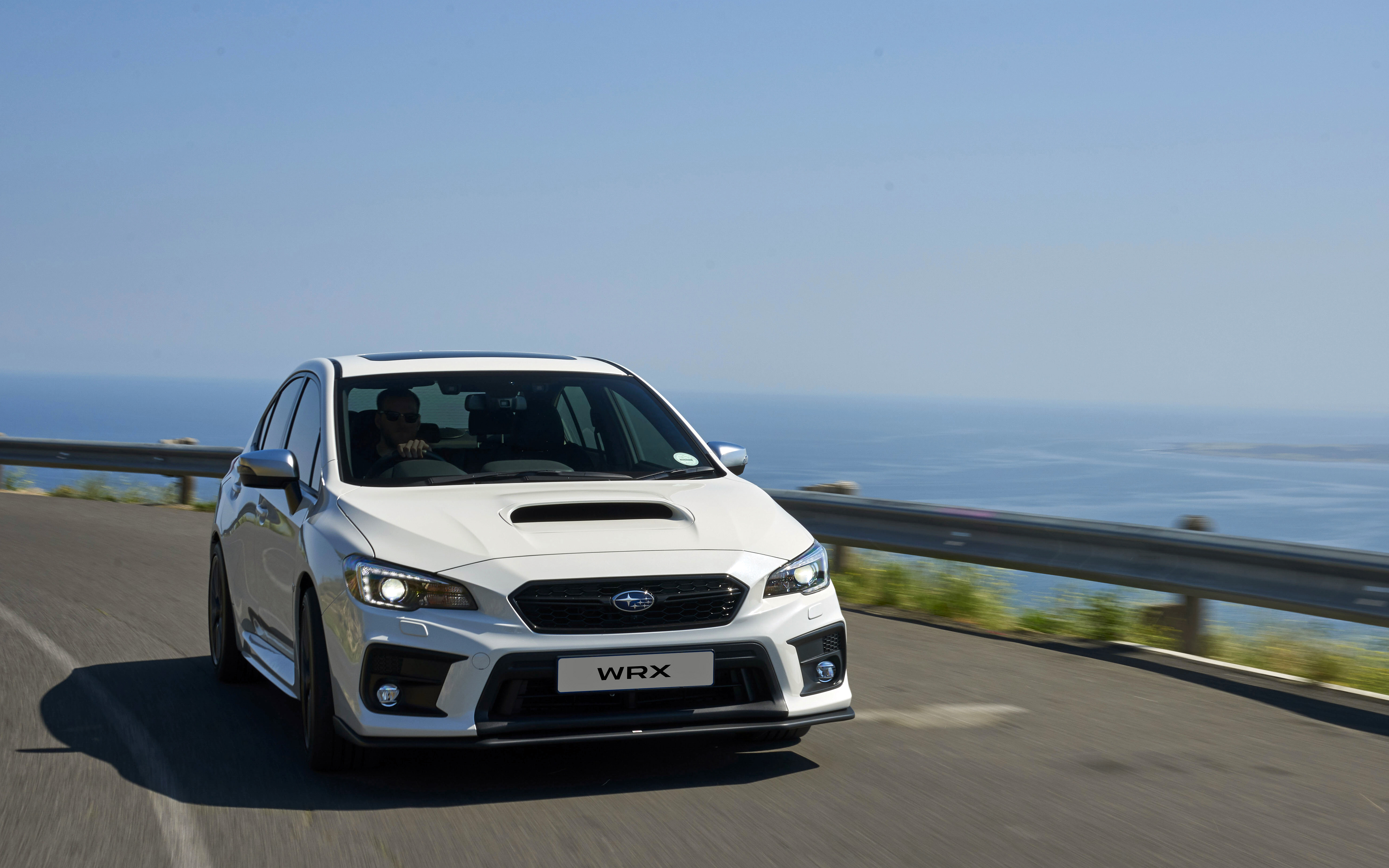 And then you have the petrolheads, who think of Subarus as wild-winged, gold-wheeled, blue-hued beasts with a history of victories on rally stages, race tracks and drifting circuits around the globe.

These fire-breathing versions of the plain-Jane Impreza have been proudly adorned with the WRX and STI badges for decades, and have created a near-fanatical following in the process. 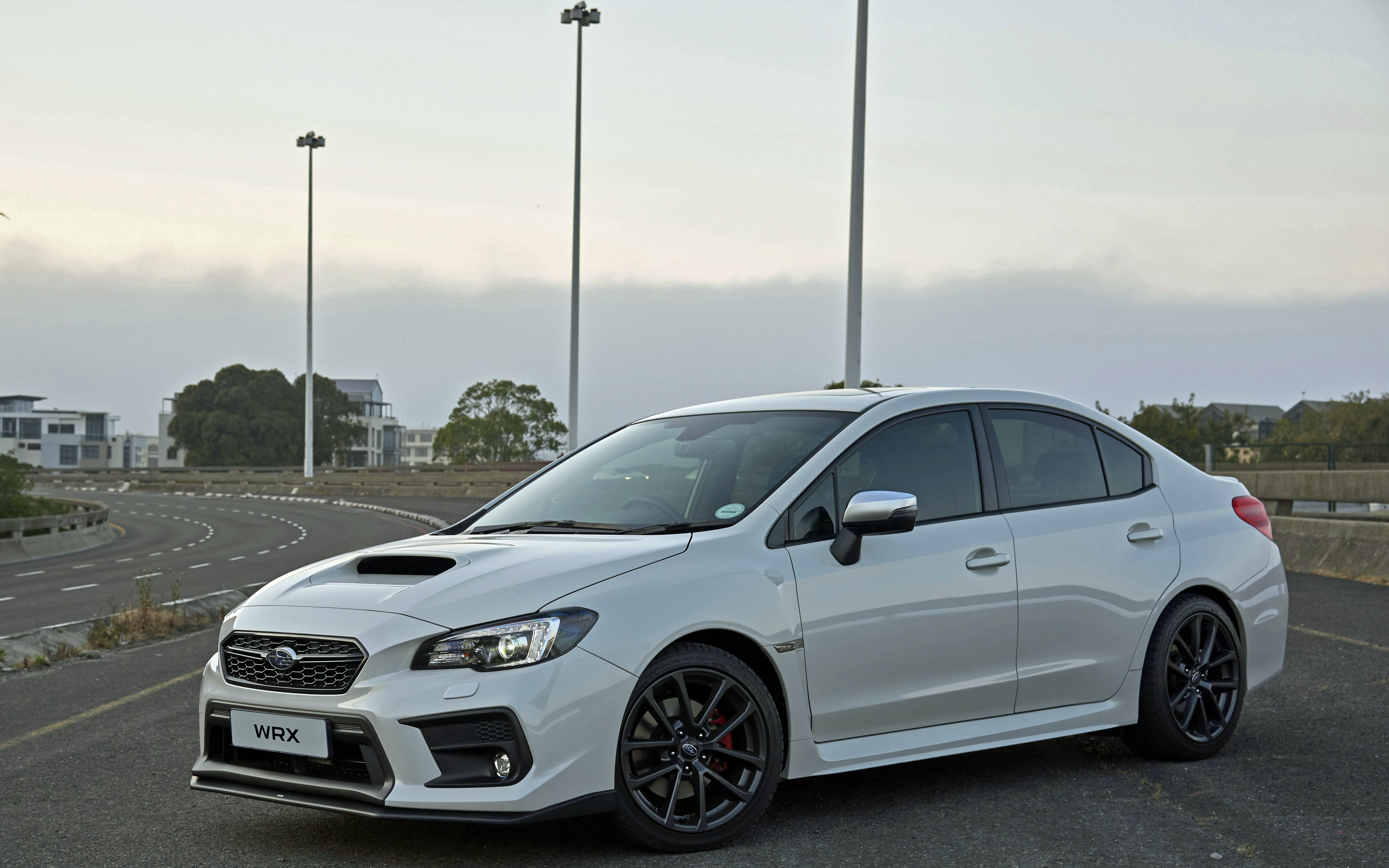 In South Africa, the WRX and STI models exist side by side, with the latter representing the pinnacle of the Subaru performance ethos. The WRX is the more accessible variation on the hot sedan theme, evidenced not only by a lower engine output, but also the availability of a CVT-equipped version.

CVT? Yes, the much-maligned Continuously Variable Transmission remains a perennial favourite among Japanese motor manufacturers, who point to its efficiency and ease of use as its primary benefits. 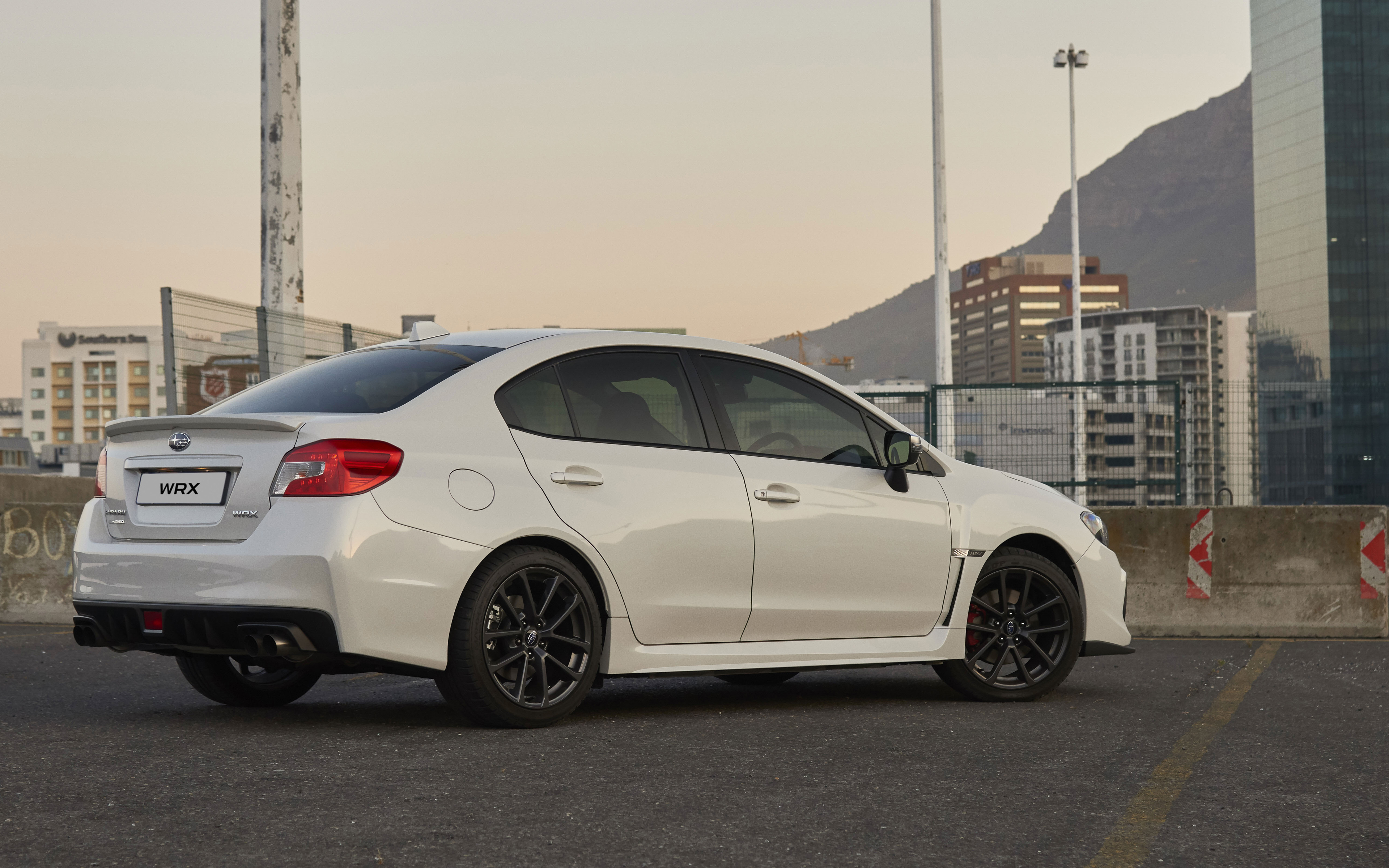 Agreed, CVTs make absolute sense in the context of the countless urban runabouts plying Japan’s perpetually congested roads. However, linking the hell-for-leather personality of the WRX to the perceived virtues of a CVT seems like a less fortuitous move.

But let me not get ahead of myself: the proof is in the dynamic pudding, and the CVT gracing the WRX’s drivetrain is Subaru’s so-called Lineartronic, specifically adapted for its performance car role. What could go wrong? 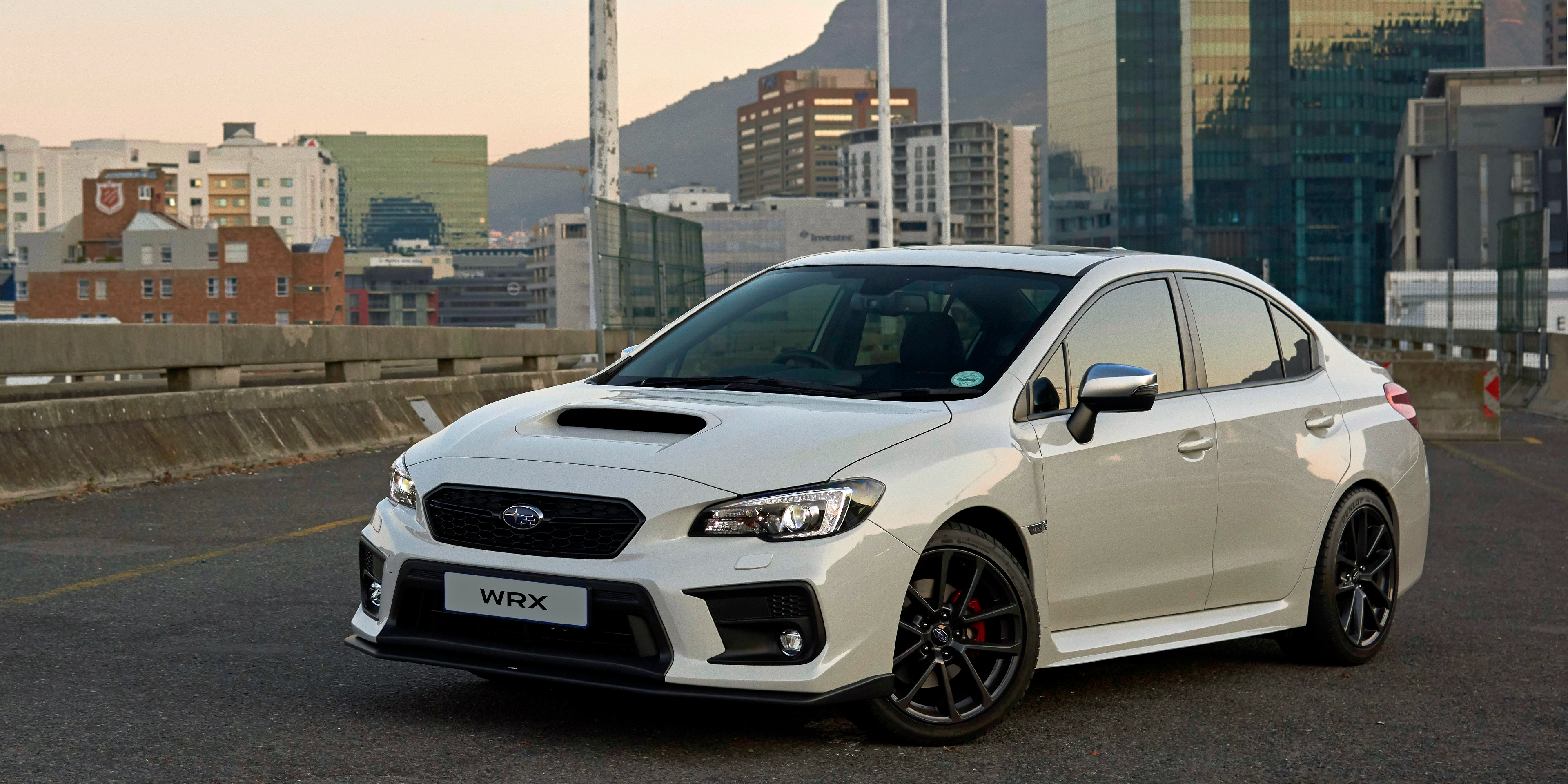 In the metal, the WRX is more about understated menace than extrovert aggression. Yes, it has the obligatory body kit, complete with front splitter, rear diffuser and extended sills, together with angry air intakes, quad exhausts and the subtlest of rear boot spoilers.

Then there’s the hunkered-down stance to consider, and the sticky, low-profile Dunlop tyres, wrapped around 18-inch alloy rims, further confirming the WRX’s dynamic intentions. But the result is almost too discreet for a sporty sedan wearing a legendary badge. 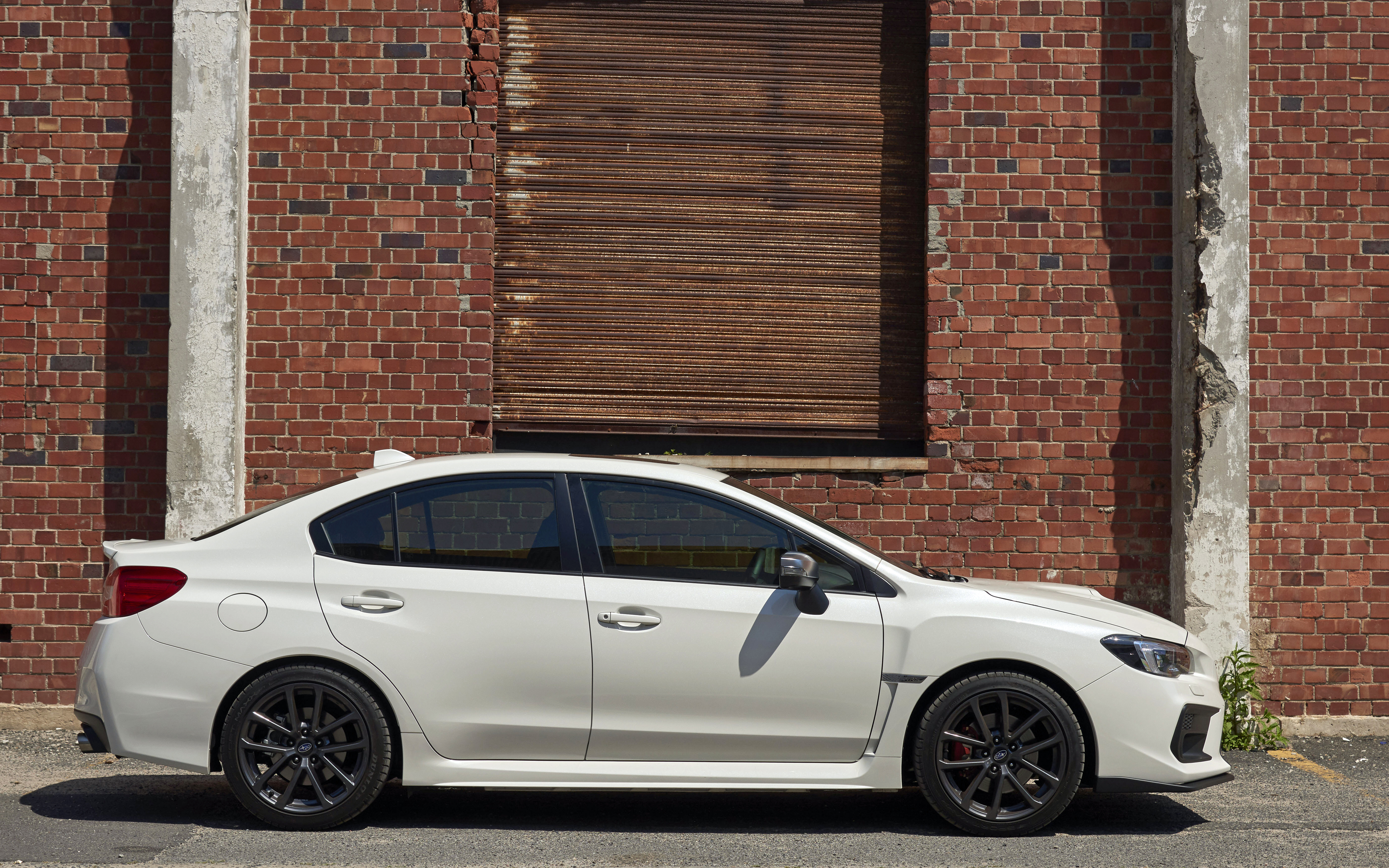 At least there’s enough to get excited about under the skin. The WRX retains the iconic flat-four boxer engine so closely tied to the Subaru legend. In this iteration, it features a twin-scroll turbo, intercooler and direct injection to extract 197kW from its 2.0-litre capacity.

We’ll get to the CVT in a moment, but it’s reassuring that the WRX retains Subaru’s symmetrical all-wheel-drive system, promising sure-footed handling while making the most of the engine’s muscle. No spinning wheels, here! 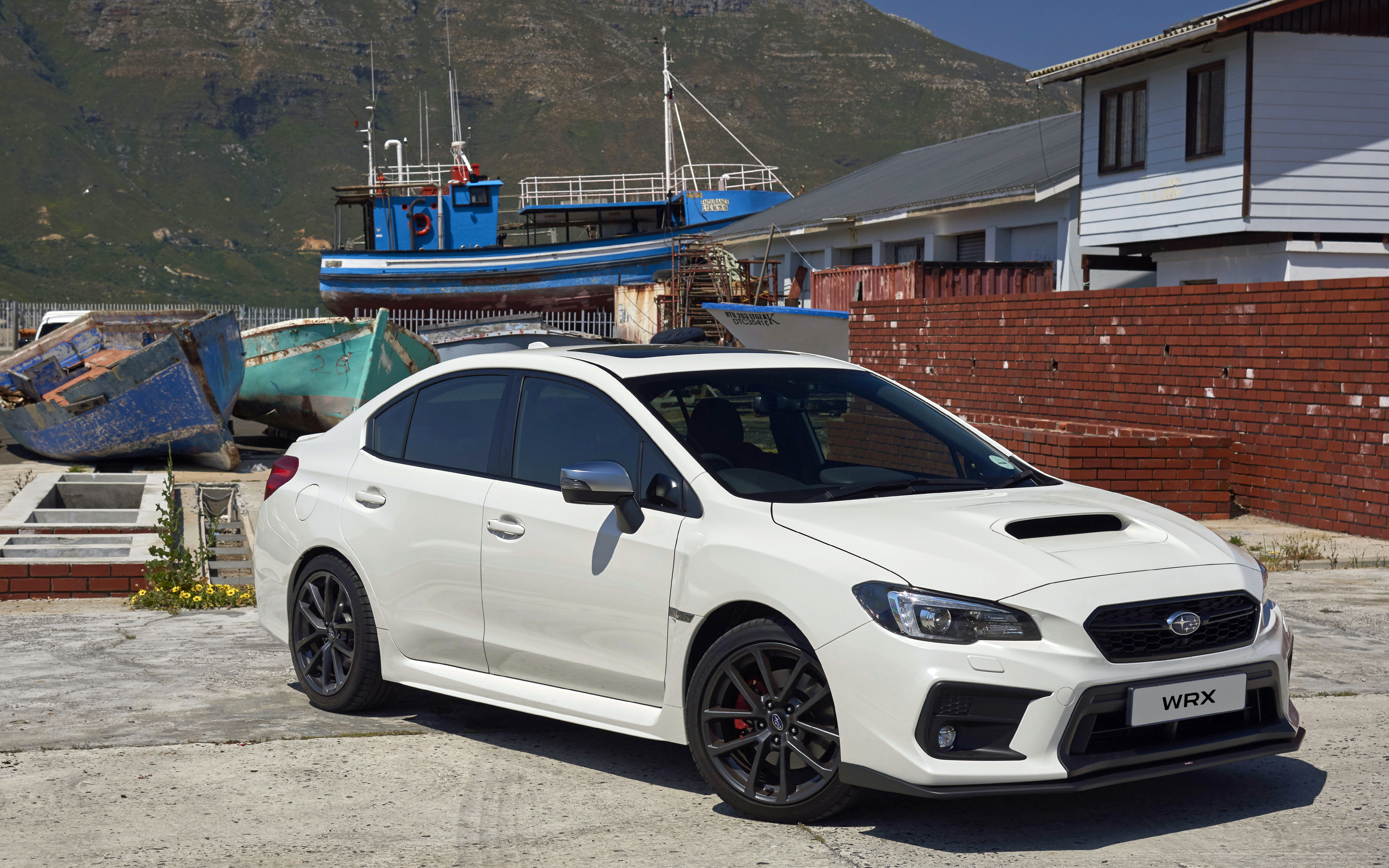 For traditionalists like me, the WRX can be had with a six-speed manual gearbox, and a conventional viscous coupling evenly spreading the engine’s urge between the axles. But as tested here, the CVT version seeks to add convenience and efficiency to the WRX formula.

It brings with it some apparent benefits. Besides offering both auto and manual modes, it features a variable torque distribution system that sends 55% of the power to the rear wheels, benefiting steering response and agility. 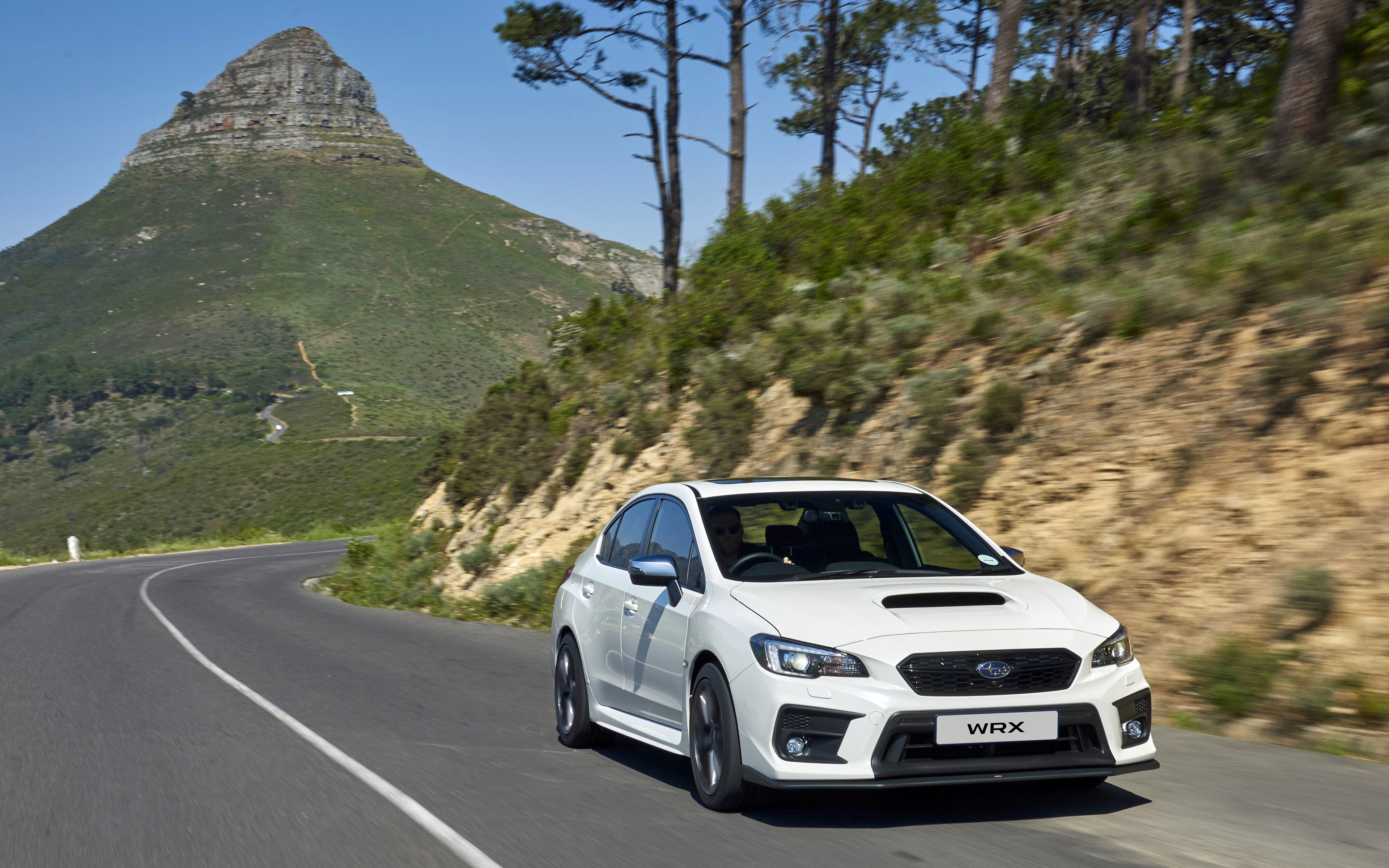 You also get SI-Drive, a driving mode system offering a trio of settings.

As you’d expect, Intelligent mode is a compromise between efficiency and response for normal driving. Next, there’s Sport, which is more responsive and sets up the CVT with six virtual gears in manual override.

Sport Sharp ramps up throttle response a further notch, and adds two more virtual gears to the CVT’s tally, promising rapid-for cog swaps in both auto and manual modes. You choose the driving mode via switches on the WRX’s thick-rimmed steering wheel. 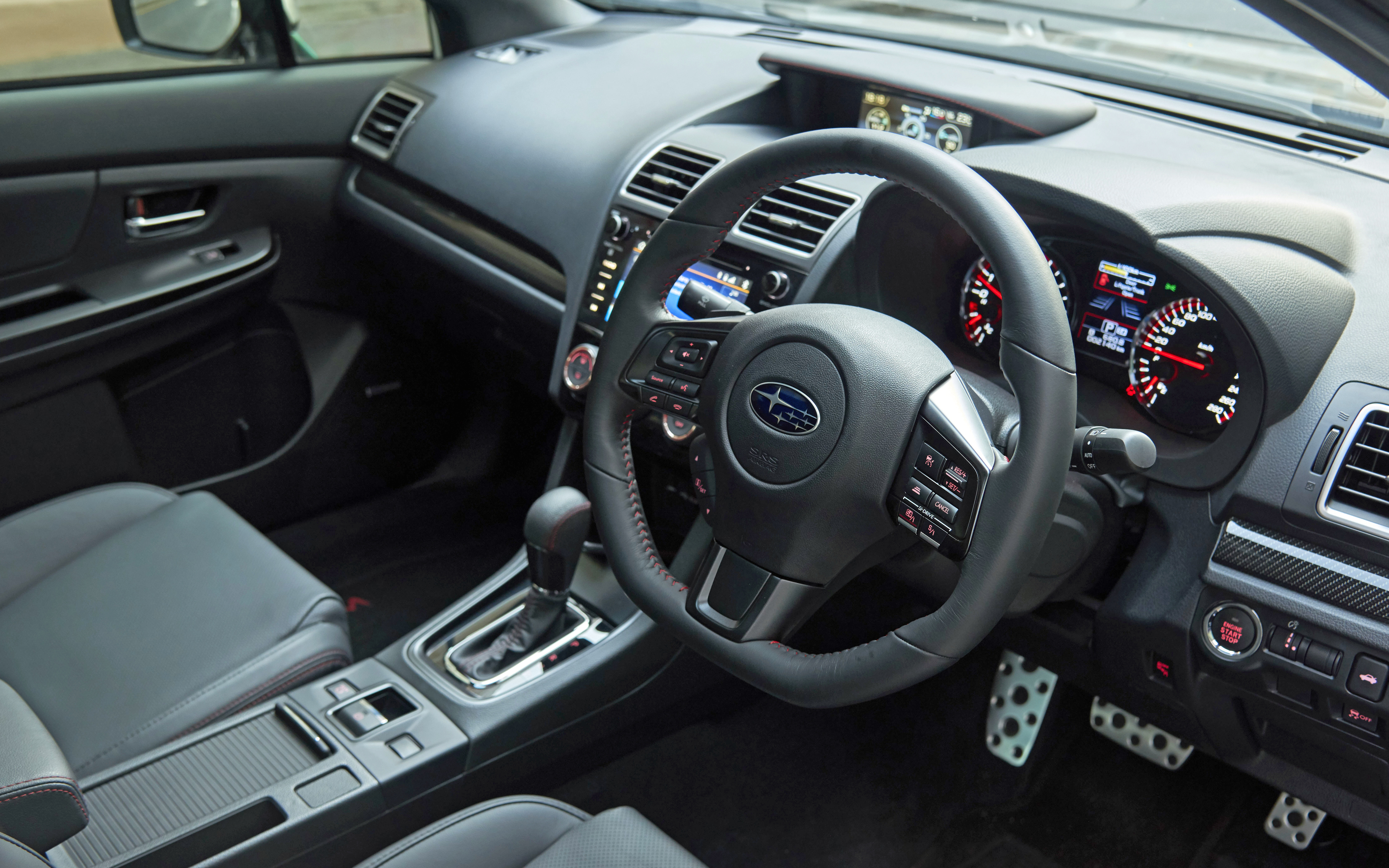 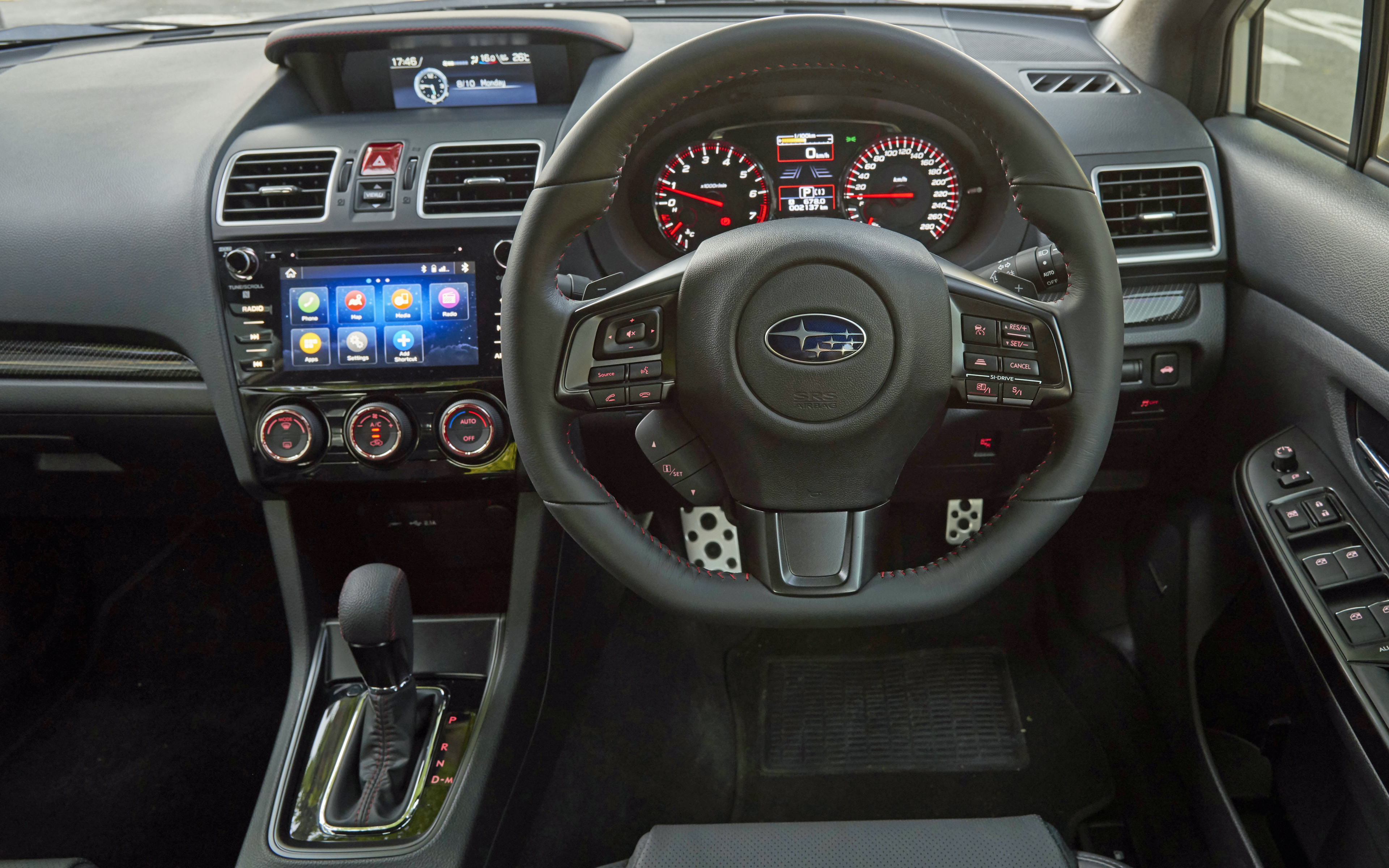 Which brings us to the all-important matter of performance. Can a CVT-equipped WRX live up to the nameplate’s dynamic promise? Well, not really.

It’s not that the WRX is slow: it needs just 6.3sec to reach 100km/h from rest. And if top speed is your thing, 240km/h should be more than enough velocity.

However, the gearbox is a hampering factor. As CVTs go, the Lineartronic is better than most: it does a reasonable job of swapping between virtual gears, rather than droning along, and in manual mode, it heeds the call of the shift paddles with alacrity. 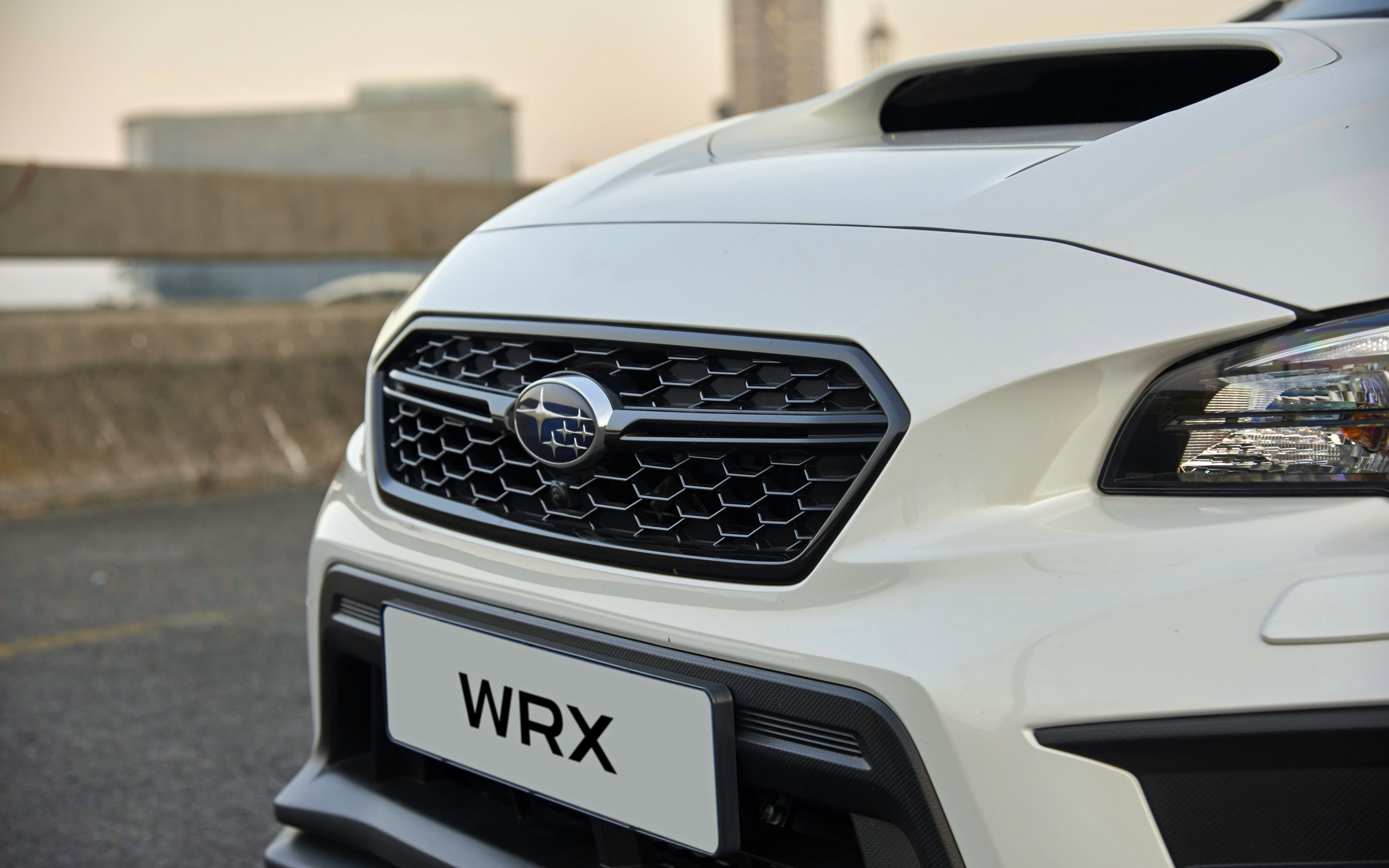 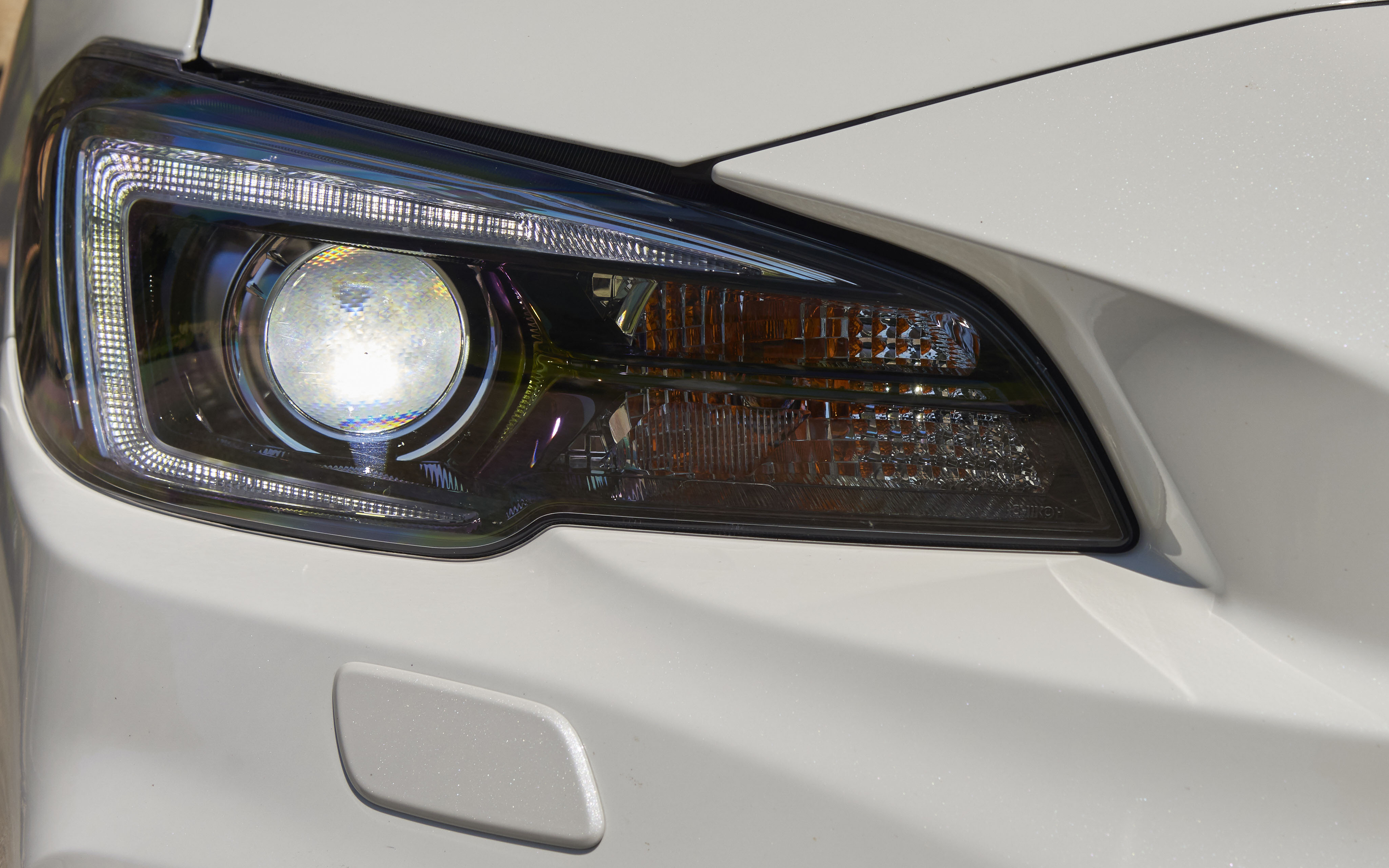 But it robs the driving experience of vital engagement. It can’t simulate the physicality, the direct connection between car and driver, that’s created by the heft of the gearshift lever clicking through the gates, by the thrill of heeling and toeing to make the cogs mesh more smoothly.

It’s exactly that physicality that WRX buyers crave – and it’s why they’ll opt for the manual-gearbox model. So the CVT version ends up being a WRX for those who are attracted to the image and the heritage, but want the CVT’s ease of use. 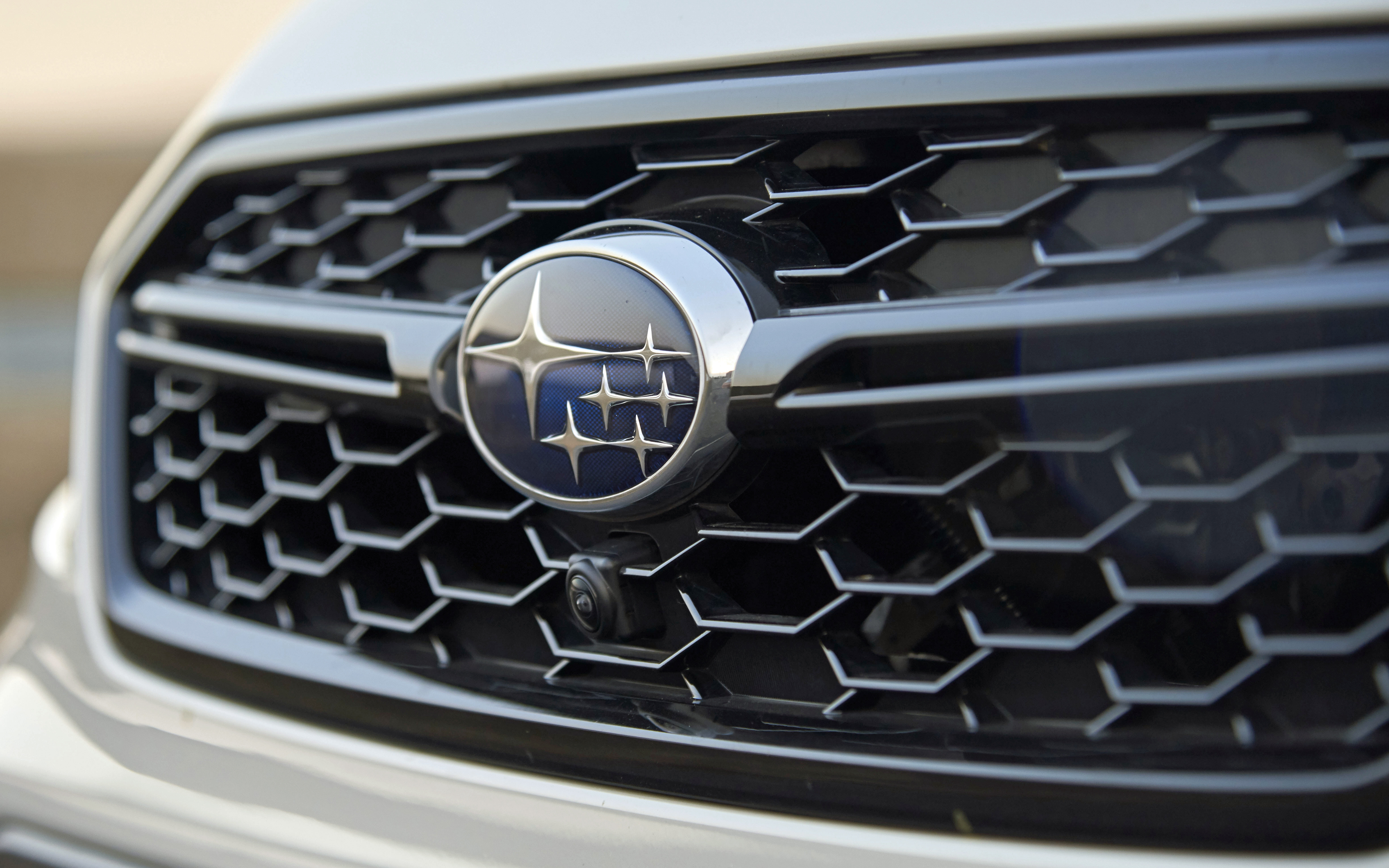 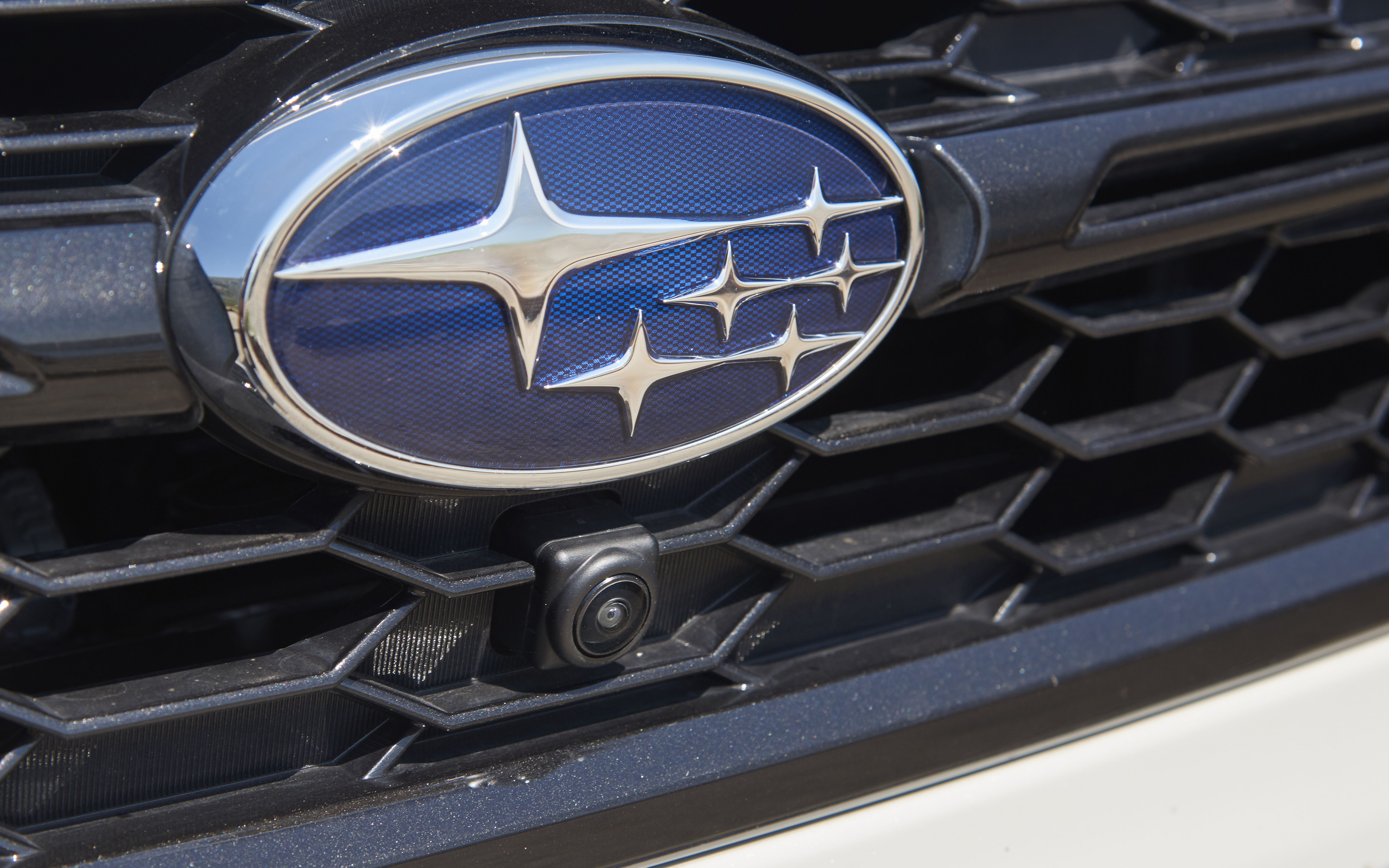 Subaru would have been better off fitting an overtly sporty car like the WRX with a dual-clutch gearbox, which at least offers real ratios and succinct, tactile gear changes. But the CVT always feels like the wrong ingredient that spoilt the overall package.

And that’s a pity, because gearbox apart, the WRX delivers. Handling is reassuringly confident, but still lively enough to entertain. The steering loads up nicely under duress, and the all-wheel-drive system provides traction and extends limits without spoiling the driving fun.

The burble of the flat-four through those quad exhausts is good enough to wind your windows down for, especially as the revs rise, and you stomp on the brakes without any fear of fade. CVT apart, the WRX remains true to its heritage in every respect. 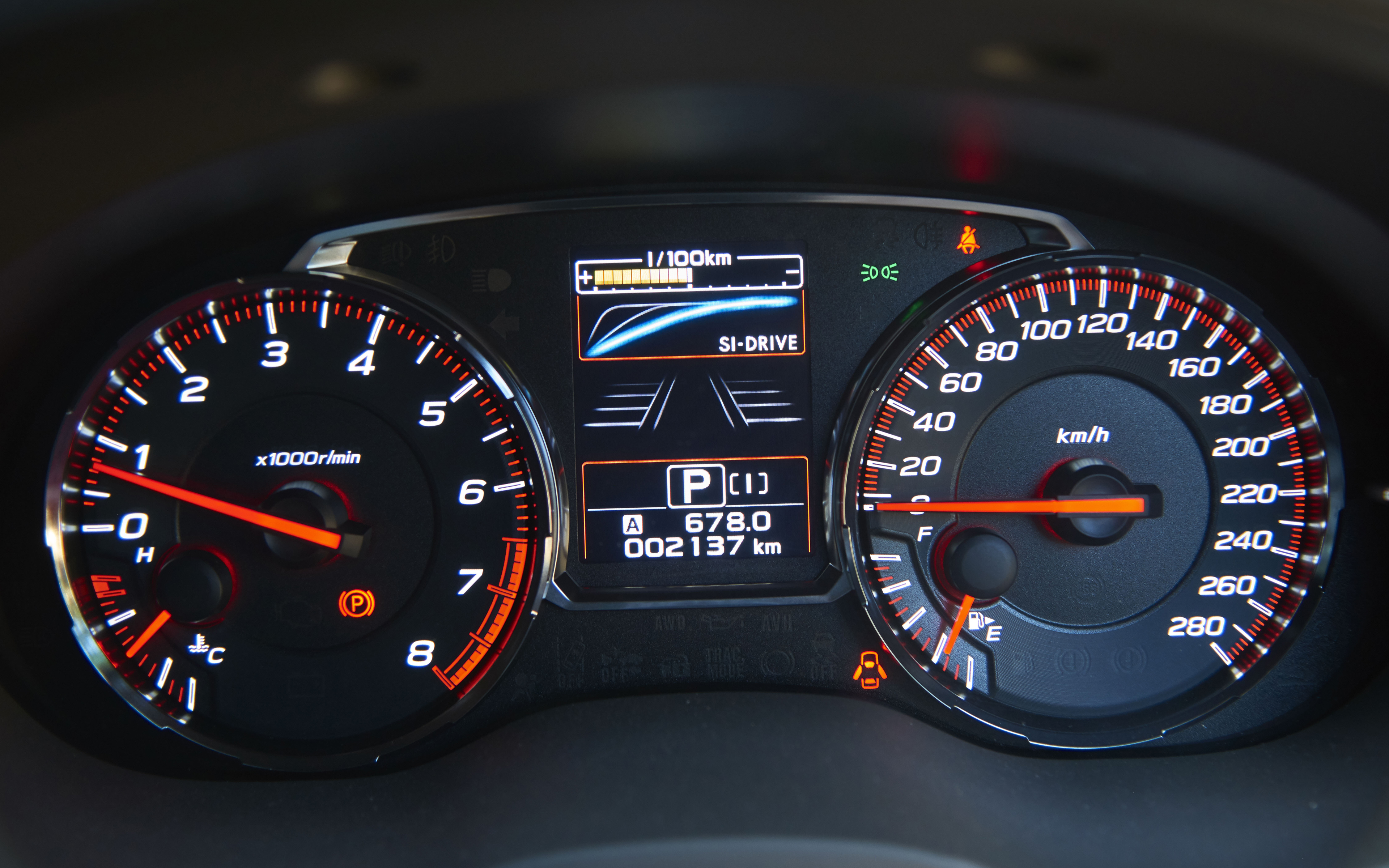 That also goes for the monochromatic cockpit. Bolstered bucket seats, alloy pedals, and a flat-bottomed steering wheel rim all point to a car that means dynamic business. 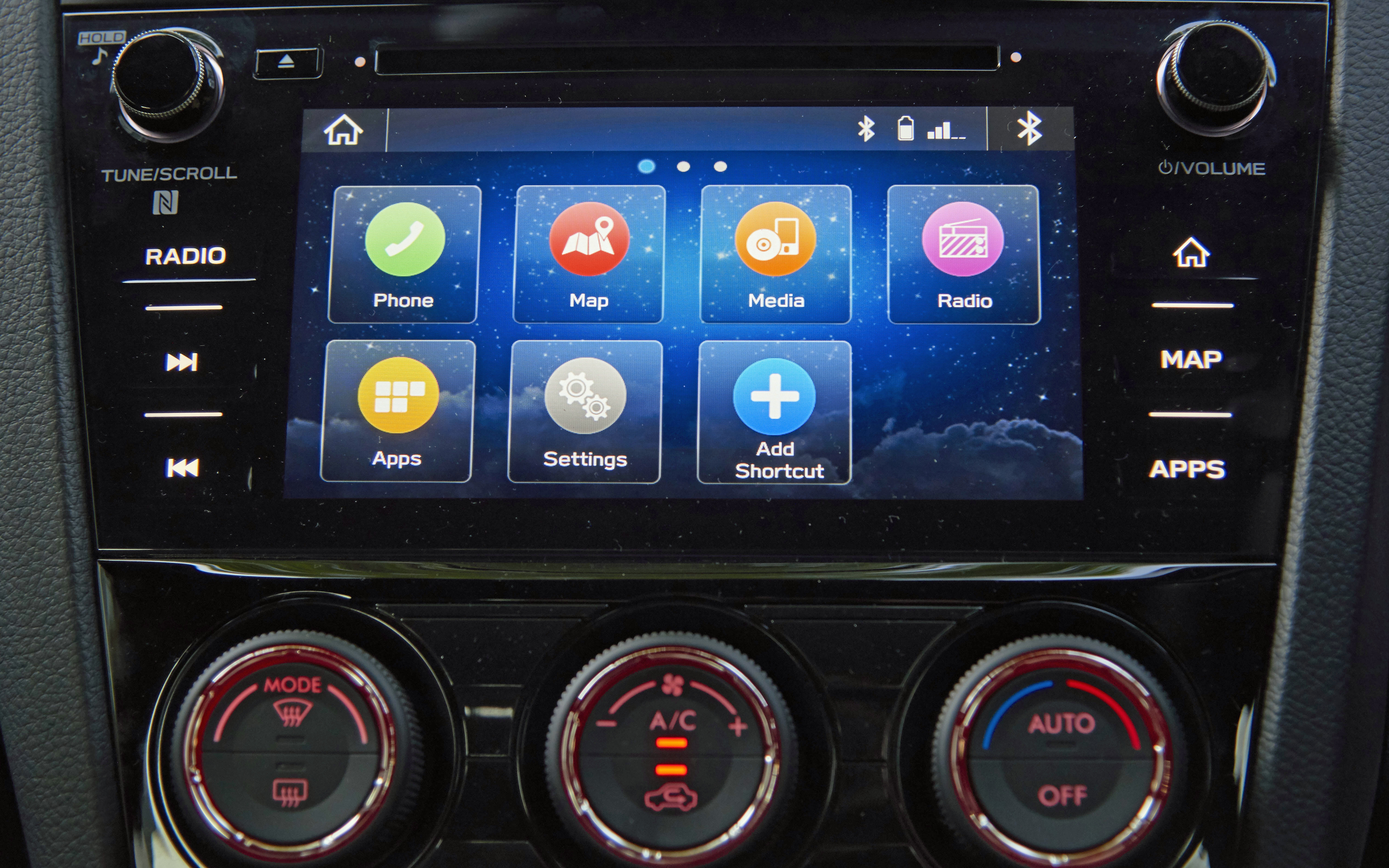 As for equipment, the WRX package is comprehensive, ranging from electric windows and climate control to the touchscreen-controlled infotainment system with satnav, Bluetooth, six-speaker sound, and USB and auxiliary connectivity. It’s also Apple CarPlay and Android Auto-compatible. 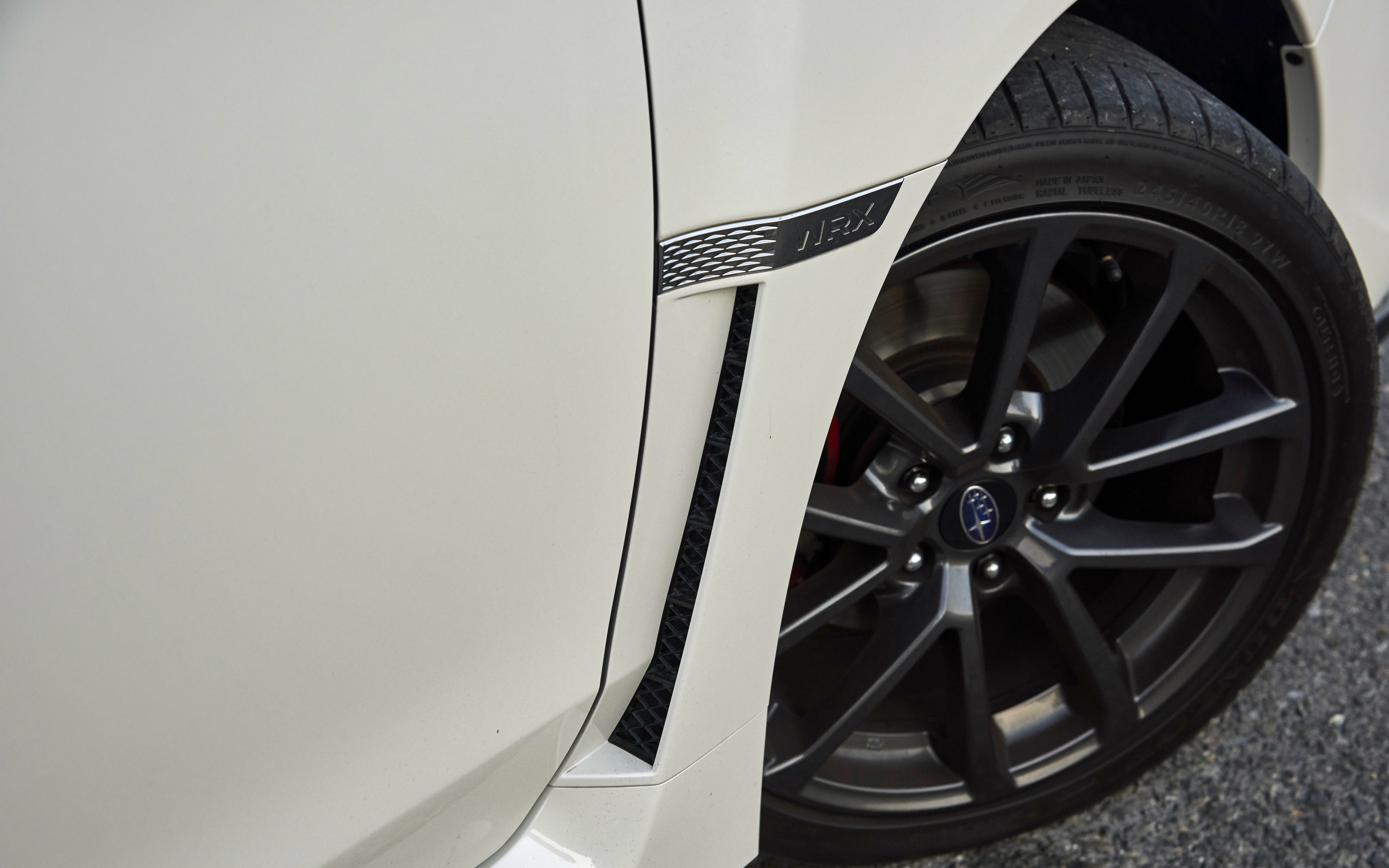 Accommodation on the split rear bench seat is comfortable enough, making this a true four-seater, while the 460-litre boot adds further practicality – not top of mind for WRX buyers perhaps, but useful nonetheless.

In a performance arena largely dominated by hot hatches like the ubiquitous VW Golf GTI, the Subaru WRX provides a refreshing, appealing alternative. It’s not as hard-core, nor as challenging, as the STI, but it finds a good balance between sanity and soul. 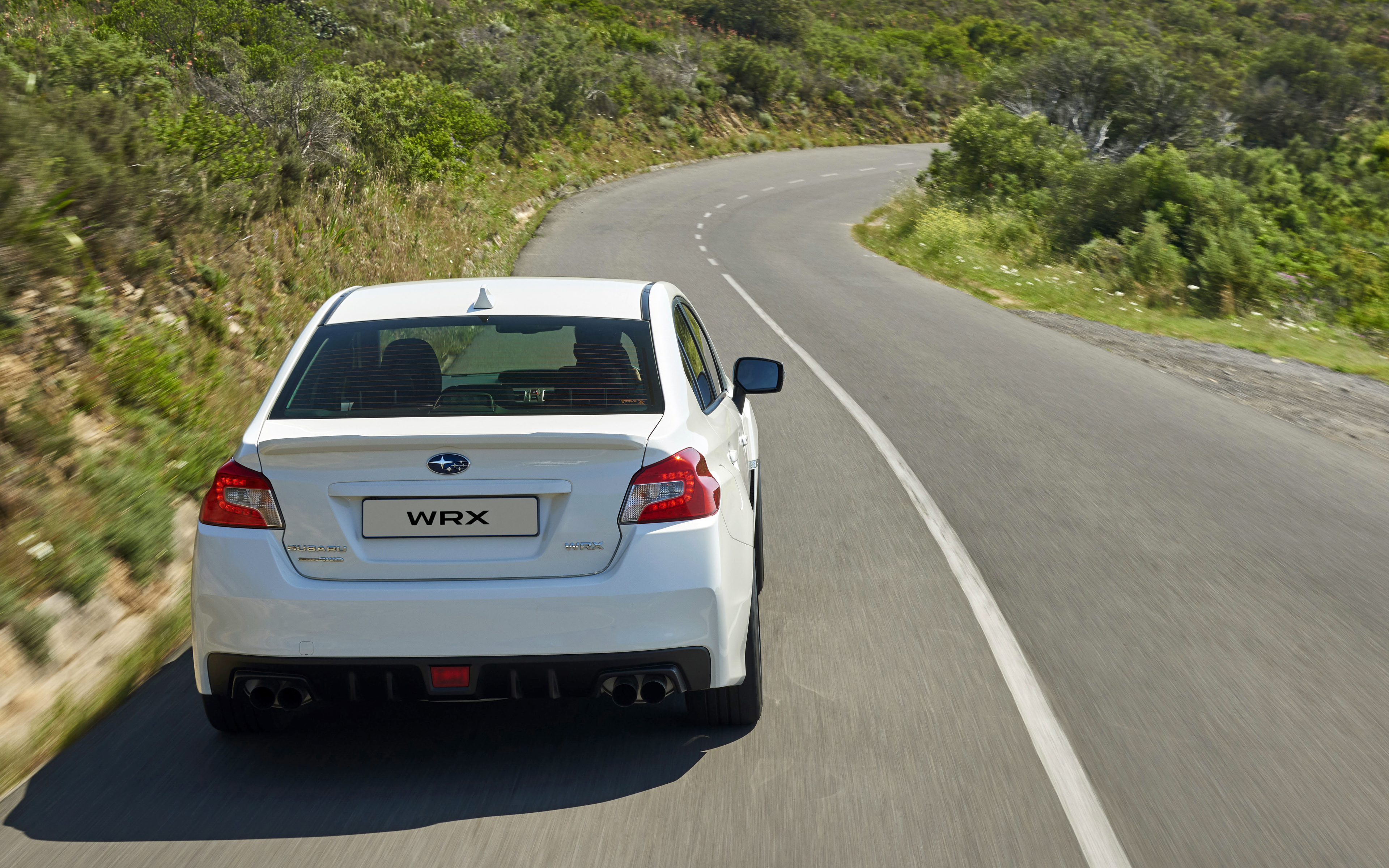 All the more’s the pity that the CVT can’t convince as an alternative to the good old manual gearbox. Almost by definition, it has no place in a sports sedan with such a glorious performance heritage, regardless of how appealing the technology underpinning it may seem.

That the manual WRX is also R50,000 cheaper makes the choice even easier DM

All the heritage, all the driving capability you’d expect of a Subaru WRX. Well executed cabin, too.

The CVT might be convenient, but it dilutes the core WRX values.

Why are the Riotous Assembly Act and other apartheid-era laws still in place?