Where wild things are under threat, wildlife trade needs to be dealt with 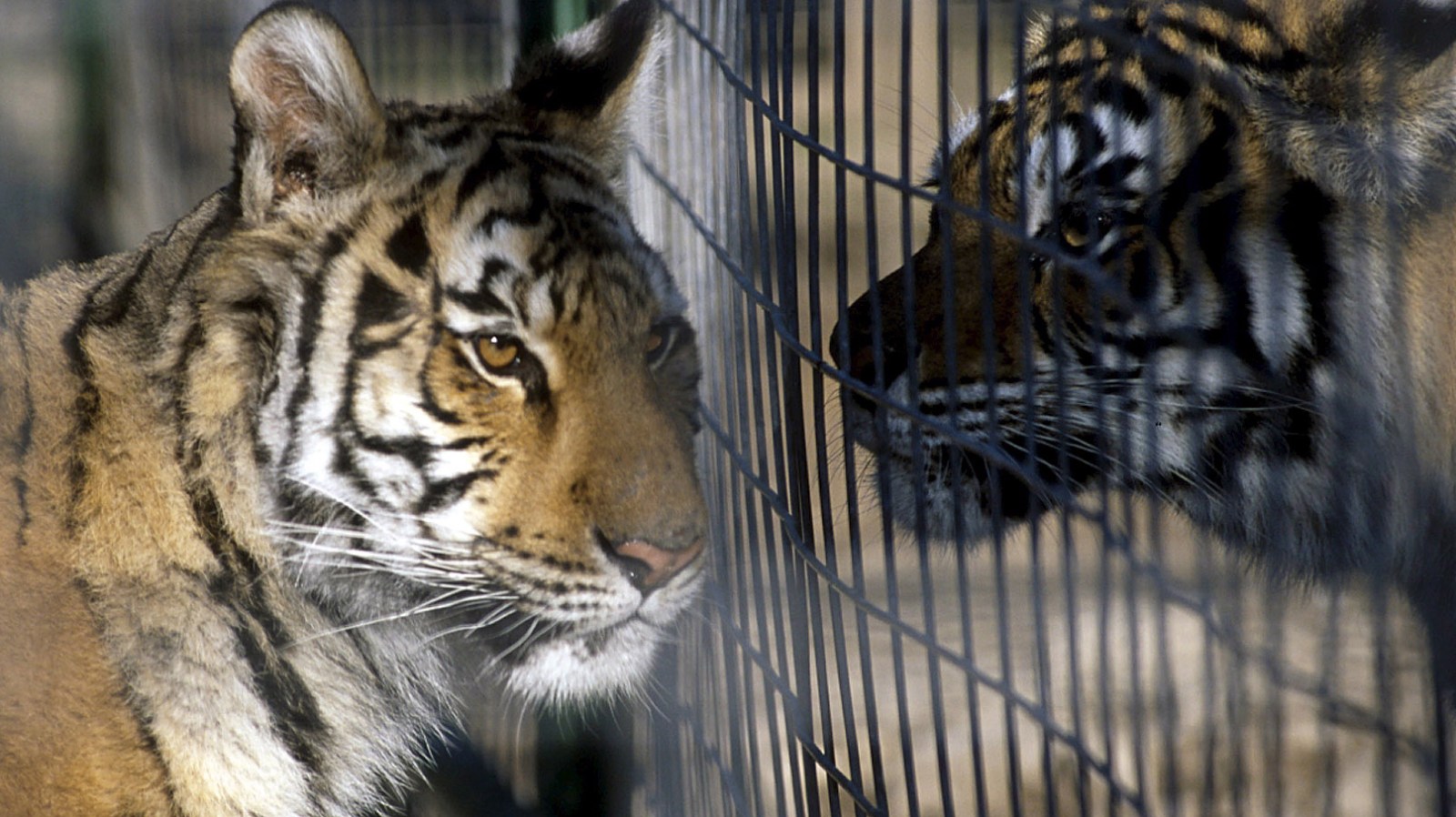 Tigers rub against a cage fence at a captive breeding centre for large predators at an undisclosed location in the Free State, South Africa, in this undated picture released in November 2005 by the International Fund for Animal Welfare (IFAW). (Photo: EPA)

Before more exploitation of the natural world is proposed as a way to solve rural poverty in developing countries, we need to interrogate the nature of corrupt and damaging financial relationships between these countries and the wealthy north. The wildlife trade needs to top the list.

For many years, pro-trade groups have been lobbying to further liberalise the trade in flora and fauna. And that trade is enormous. According to a report from the European Parliament, the wildlife trade is one of the most lucrative enterprises in the world.

Legal trade into the EU alone is worth 100-billion euros a year and is controlled by the CITES permitting system. The problem is that it’s simply not working — it’s paper-based, inefficient and wide open to corruption.

The first step would be to implement the global e-permit system which the organisation has been talking about for a decade. It would not be cheap but it is vital. And the funds are there. A World Bank Report highlighted that nearly US$200-million was spent promoting sustainable use and alternative livelihoods, but nothing was allocated to solve the longstanding problems in the legal trade system.

There’s more to the problem than permits, however. Those lobbying for further trade liberalisation have recently shifted focus to claims that it would help impoverished communities that border key wildlife populations. This needs interrogation.

If these southern African countries were genuinely concerned about rural poverty, before selling off the region’s wildlife heritage to help poor communities, they should focus on redistributing their current wealth more equally.

Related to trade is trophy hunting and its value or lack of it to conservation and poverty alleviation.

Getting clarity on the financial benefits of trophy hunting to conservation and rural communities is monumentally difficult. Hunting outfits hold these numbers close to their chests. A report titled The Lion’s Share prepared by Economists at Large concluded that the on-the-ground economic contribution of trophy hunting in Africa is likely to range between zero and $132-million, depending on the alternative uses of land and wildlife resources. It sharply contrasts with a report by Southwick Associates commissioned by Safari Club International.

The Economists at Large report assessed that trophy hunting activities in eight African countries generate between 7,500 and 15,500 jobs and not the 53,400 reported by the Southwick report. It notes that the Southwick study is cautious not to claim a direct link between trophy hunting and wildlife conservation.

The Economists at Large report estimates that only between US$ 27 and 40 million potentially contribute to funding conservation in the eight study countries. If we take – the US$40 million figure – averaged over eight countries, this means trophy hunting generates US$5-million per country.

In fact, trophy hunting is not the economic or conservation powerhouse the hunting organisations like to project. If the trophy hunting industry disagrees with the figures in The Lion’s Share report, it could counter it by being more transparent about how much is earned and where the money goes. But it almost never does.

It doesn’t stop there. Anyone pushing for trade liberalisation and who will benefit from this by selling hunts or, say, elephant or rhino body parts, should be demonstrating that all profits they make should stay on shore. But evidently they don’t.

The 2015 Panama Papers, leaked by an anonymous source, highlighted that at least 30 wildlife safari companies in Africa were connected to offshore companies mostly incorporated in the British Virgin Islands.

If their excuse is that they invest offshore because African government systems are corrupt, it would be better if they invest in educating a new generation who want to stabilise their own countries and build fairer democracies. Maybe they should work on this first before they push for more trade in wildlife body parts.

But it’s unfair to demand that the African continent take on the governments and industries created precisely to support capital flight and tax evasion. They work in secret and have kept whole regions, including sub-Saharan Africa, impoverished.

An explanation of this can be found in a 2017 documentary, The Spider’s Web: Britain’s Second Empire. It highlights, how in the 1960s (what it calls the twilight years of the British Empire) bankers, lawyers and accountants from the City of London travelled to the likes of the Cayman Islands to draft financial secrecy laws and regulations. They set up secrecy jurisdictions (tax havens) for individuals and corporations which now hold around half of all global offshore wealth.

The documentary singles out sub-Saharan Africa to highlight the plunder:

Instead of being a net debtor to the world, sub-Saharan Africa has been a net creditor. Globally it is estimated that over $1-trillion in capital flight and tax evasion flows out of developing countries each year. The world owes Africa, not the other way around.

So back to trade. It is high time we ask pro-trade to be more transparent and more specific on the liberalisation of wildlife trade they propose. Where does their money go? What are the specific details of their solutions, especially where they claim that the loosening of trade restrictions on animal body parts will drive conservation outcomes? How specifically do they back up such claims and what will they do if they’re wrong and have opened Pandora’s Box?

I leave you with one final thought:

Lynn Johnson originates from the UK, with her education and work taking her, via several years in Germany, to emigrate to Australia in 1996. A scientist by education — she holds a PhD in particle physics — her professional life has been working in the areas of executive coaching, commercial strategy and corporate culture change. As a result of her passion for wildlife conservation, Johnson decided to formalise her commitment by using her experience in nudging and driving behaviour change to create demand-reduction campaigns. Johnson founded Nature Needs More Ltd, a registered wildlife conservation charity in Australia.