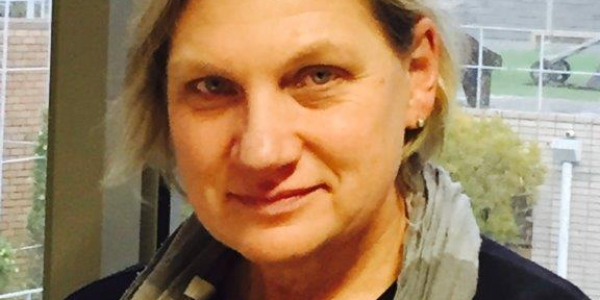 Respected South African journalist and academic Pippa Green was announced on Tuesday as the new Press Ombud. It will now be Green’s job to serve as the arbiter of freedom and fairness over a media industry which has, in recent years, sometimes been accused of falling short of both ideals. And she takes on the role at a particular difficult time: with elections in view, this is the traditional season of stings, smears, honey-traps and fake news.

Well-known industry figure Pippa Green is to serve as South Africa’s new Press Ombud – and perhaps the person most surprised by the appointment was Green herself, who says that she never imagined she would be selected.

The three retired judges who chaired the Press Council appointment process, however – Justices Yvonne Mokgoro, Phillip Levinsohn and Bernard Ngoepe – have expressed complete confidence in Green as the right pick for the job.

Judge Mokgoro cited Green’s “extensive news media and academic experience, her commitment to freedom of expression, media ethics and journalistic standards as well as her high profile in the industry” as qualifying her to “maintain the confidence of both the industry and the public in the credibility and authority of the Press Ombud”.

Green replaces Johan Retief in a role he held for nine years before stepping down in 2018 for personal reasons.

Though the Press Council judges paid tribute to Retief’s “expertise, erudition and notably brilliant adjudication and application of the Press Code”, among media practitioners Retief’s reputation was more mixed.

In perhaps his most controversial ruling, Retief judged that a so-called “ghost blog” published by the now-defunct local iteration of the Huffington Post in 2017 under a false byline amounted to hate speech, because it argued that it was time to consider denying white men the right to vote.

The appeals panel of the Press Council subsequently overturned Retief’s ruling, and the Press Code’s understanding of “hate speech” has since been narrowed to include only speech which is intended to incite violence, as per the Constitution.

Green won’t be drawn into criticising her predecessor’s ruling, but says she is well aware that determining which words overstep the boundaries of free expression is likely to form a significant part of her job – in a country where the term “hate speech” is thrown around with abandon.

The danger, Green says, is that the label of hate speech can become “a proxy for vendettas and used to suppress speech”.

In preparation for her interviews for the role, Green pored through many past judgments from the Press Ombud. One Retief judgment she highlights for praise was his ruling against the Sunday Times over the newspaper’s false SARS “rogue unit” stories.

“I think [Retief’s] ruling was really excellent, because that was before we knew all the intricacies of State Capture,” Green says. “He just used the basic principles of journalism to make a tough case against the Sunday Times.”

The now infamous rogue unit reporting is an illustration of how local journalists and editors can – knowingly or unwittingly – be drawn into factional political battles where the media is used as a weapon.

Green warns that as the elections approach, the danger of this is more acute.

When journalists get a “fantastic story placed in their lap”, she says, it is vital to ask the question: “What are my source’s interests in this story?”

At the same time, Green also believes in “allowing media the space to make mistakes, under certain circumstances”.

She is opposed to the ANC’s on-again-off-again idea of a media appeals tribunal, because it brings the state into a regulatory role which she believes is undesirable.

The problem is, however, that the media’s much-cherished ideal of “self-regulation” only works if everyone adheres to the same Press Code.

That is not the case currently, with the Independent group of newspapers under the ownership of Iqbal Surve having withdrawn from the Press Council in favour of implementing their own internal appeals process. It is unclear whether this is still operational at all, after Judge Zak Yacoob stepped down as the group’s internal ombudsman.

“I think it’s very sad,” Green says, in reference to the Independent’s withdrawal.

“It weakens the industry, the Press Council, and them as well. I don’t think an internal ombud plays the same role, because it is, after all, an employee.”

It’s not just Surve’s newspapers which are not beholden to the Press Code, of course.

In 2019, there is a flurry of information coming at South Africans from sources outside traditional news outlets: social media, blogs, self-styled “alternative” news websites and fake news sites. Very few of these are subscribed to the Press Code – though Green notes that some South African blogs have now done so.

With so much media now falling outside Green’s jurisdiction, does the position of Press Ombud still hold real power and legitimacy?

“It’s only got as much legitimacy as the industry gives it,” Green concedes.

She is a firm believer that so-called “citizen journalism” is not an adequate substitute for traditional reporting, however.

“Citizens can be important eye-witnesses, but there is still a role for proper professional journalism, where people know how to cover a court case, a crime scene, a parliamentary meeting, and so on. I believe you need some professional expertise to do that well.”

As an academic and media trainer, Green has often been in the position of exhorting local journalists to do better. She still feels strongly about this: one particular bugbear for Green is the media’s currently restricted focus on “a very specific circle of people: the urban middle-class, fluent in social media”.

But as Press Ombud, her role is – technically – limited to appraising the cases that get brought before her when complaints are laid.

Green hopes, however, to have scope for “proactive engagement” with journalists and the media in her new position as well.

“Particularly as elections are coming up, my view is that elections should be about more than what political parties say. We also have to look at what has changed and what hasn’t for – I hate this expression – people on the ground.”

One of the most important principles she intends to bring to the Press Ombud role is a lesson that Green says she absorbed strongly from the example of academics she worked with on economic research over the past few years.

“I will bring an awareness that facts do matter,” Green says.