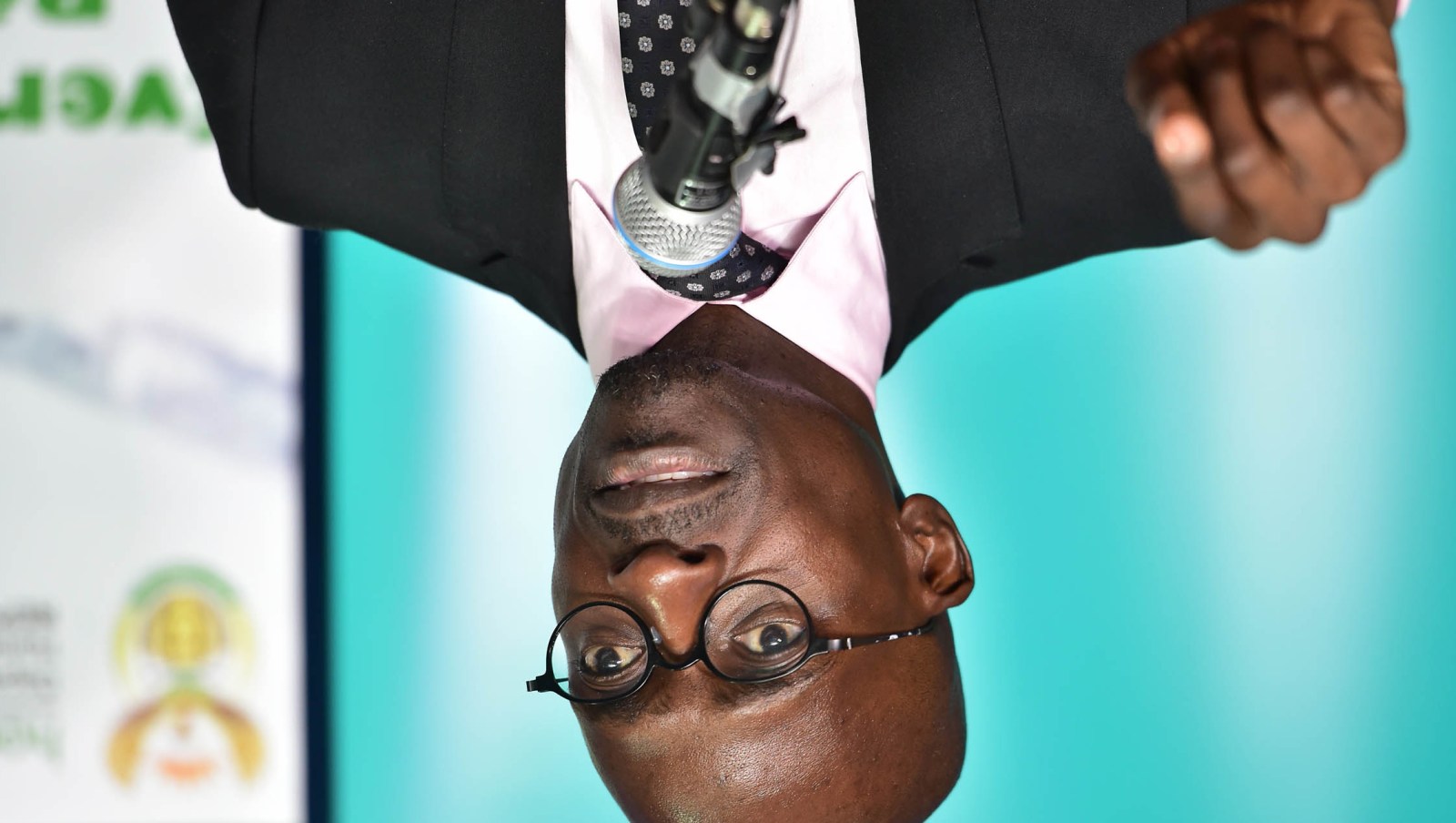 The agreement by Oppenheimer-owned Fireblade Aviation to operate its private terminal at OR Tambo International Airport is all above board. This was the embarrassing back-pedal by Home Affairs before MPs on Tuesday, after months of a furore that traversed the courts and the Public Protector’s desk, leading ultimately to Malusi Gigaba’s resignation over findings that he had ‘told untruths’ in the judicial proceedings. It’s an episode that shows how politicking and political noise scuppers governance.

Home Affairs acting Director-General Thulani Mavuso on Tuesday outlined a series of high-level meetings since officials, and the then Home Affairs Minister Malusi Gigaba, last briefed MPs in late 2018. Gigaba’s departure — the longstanding former director-general Mkuseli Apleni departed in July 2018 after nine years at the helm — appeared to have opened the door to a fresh approach.

These most recent meetings, on 29 November 2018, 12 December 2018 and 7 February 2019 confirmed what the courts had upheld, and what billionaire businessman Nicky Oppenheimer had told MPs in late October 2018: that alongside approvals from 27 government entities from the lease with Denel through to those with Airports Company of South Africa (ACSA) and port of entry co-ordinating committee and others, there was also approval for immigration services to be included at the Fireblade terminal.

The bottom line at Tuesday’s parliamentary Home Affairs committee meeting? The 10-year lease Fireblade Aviation signed with Denel to sublease the terminal space at OR Tambo International Airport was in order. And there was really no role for Home Affairs, except to comply with the court order to provide immigration services at the private terminal, which was similar to VIP terminals. Or put differently: The whole matter fell under the Department of Transport and ACSA, which by law operates airports and leases licences and space, not Home Affairs.

The Home Affairs acting DG’s account was confirmed by Oppenheimer:

“We at Fireblade very much look forward to the discussions with the Department of Transport and ACSA to settle the matter,” he said. The Transport Department representative said the acting DG’s account was “nothing but the honest truth”.

Crucial to note is that those meetings started some two weeks after Gigaba’s resignation in mid-November 2018 in the wake of a leaked solo sex video. The Constitutional Court had dismissed appeal attempts as having “no prospects of success” after at least three courts since 2017 ruled Gigaba had “deliberately told untruths” over his claimed non-approval of Home Affairs immigration services for the Fireblade Aviation private terminal and the Public Protector had recommended that President Cyril Ramaphosa take action against the minister for lying in court in the Fireblade matter.

It is a sign of how governance and policy are frequently interwoven with politicking. Gigaba was widely regarded as part of the radical economic transformation, anti-white monopoly capital grouping supportive of former president Jacob Zuma in the run-up to the ANC 2017 Nasrec conference.

The issue around Home Affairs and Fireblade Aviation was one of those proxy battles: An airport terminal cannot operate without immigration services; absence of Home Affairs services would effectively shut the terminal down.

Some of that interconnectedness of policy, politicking and governance also emerged at the late October 2018 Home Affairs meeting when Black First Land First disrupted the meeting, shouting “Shut down Fireblade” and waving fists at Oppenheimer.

Fellow Fireblade Aviation director Manne Dipico told MPs the ministerial change of mind over the approval happened when there was a change at Denel in late 2015, after which “all of a sudden the minister calls us” with objections. Said Dipico: “The people from Denel stood back. They were no longer energised.”

On Tuesday, Home Affairs Minister Siyabonga Cwele put up a good spin. The push was now on to improve the regulatory framework, with a key question being if ACSA could extend its licensing to third parties.

And it was not above him to put in a plug for the proposed border management authority as a national security solution, even if the founding law is still caught up in the National Council of Provinces. The proposed authority has been sharply criticised as draconian and the result of repositioning Home Affairs from the governance to the security cluster.

MPs were concerned about security, but also at the level at which meetings are being held to clear up the issue about which government department provides what service at which international airport in what manner.

While Fireblade Aviation pays Home Affairs R117,000 a month for immigration services, that’s not the arrangement at Lanseria, where these services are issued as part of a packaged agreement signed with Public Works, from whom the land is leased.

Gigaba’s argument to MPs in his last appearance in early November 2018 was that Lanseria and the Kruger International Airport were public airports. That may well be the case, although Lanseria is privately held, according to a brief history lesson by its CEO Rampa Rammopo, after being founded in 1974 by the Krugersdorp and Roodepoort municipalities, privatised in the dying years of apartheid and more recently acquired by a BEE consortium including a 37.5% stake held by the Public Investment Corporation (PIC), the asset manager of R1.2-trillion of predominantly government workers’ pensions and social savings.

In the end, Parliament’s Home Affairs committee called on Cwele to speed up finalising the regulatory framework to deal with private terminals and matters of national security.

And while there would be bigger questions about the quality of departments, the quality of oversight and the cross-section of policy, law and implementation, it was with this appeal that the Home Affairs committee wrapped up this part of its workload.

The pressure is on. Whatever is not finished by the time Parliament rises before the 2019 elections will lapse and fall away. And having a pile of outstanding matters would not look good in the legacy reports each committee, and Parliament, is compiling as a type of hand-over to the incoming parliamentarians after the 2019 poll.

Some committees have an easier time. Parliament’s Finance and Appropriations committees were on Tuesday briefed on matters Budget by the Parliamentary Budget Office. And that pretty much was it. As the Standing Committee on Appropriations chairperson Yvonne Phosa said:

“It’ll be for the sixth Parliament (after elections) to deal with the Budget.”

The Justice committee is pushing against time, and a lapse in finalising the draft report before Tuesday’s meeting means the matter of whether Public Protector Busisiwe Mkhwebane is unfit for office and should be removed, as the DA has asked almost since September 2017, is back on the agenda for the final week of February 2019.

Amid the time crunch at Parliament, there are the regular items that fill a high-pressure calendar as elections loom, and loom large.

At Tuesday’s opening of the National House of Traditional Leaders, Ramaphosa promised government’s “broad support” for redistributed land to fall under the custodianship of traditional councils. That’s exactly what traditional leaders want as on the whole they deeply dislike alternative structures such as community property associations — these are regarded as alternative rural power bases.

As the National Assembly passed the Carbon Tax Bill — it also adopted the Traditional Leadership and Governance Framework Amendment Bill, two years after it landed in the national legislatures — it was amid plenty of calls to vote ANC, or EFF, or DA.

And the discussion on “transforming the economy to serve the people”, proposed by ANC MP David Mahlobo, the former state security minister, turned into a predictable slanging match on well-trodden party-political lines.

The ANC outlined its contribution to South Africa’s democracy and bettering the lives of people; the DA touted its record in the Western Cape and various metros as “slashing red tape” to create jobs and improve lives; and the EFF promoted its way of doing things on jobs and land.

“ANC baleka (runs away),” was how Cope MP Willie Madisha ended his contribution.

But elections are easy. As the Home Affairs plunge into turbulence over the Fireblade Aviation private terminal showed, policy formulation and adherence, implementation and governance can flail amid political noise and factional politicking. For the new Parliament, it’s something to pay attention to. DM