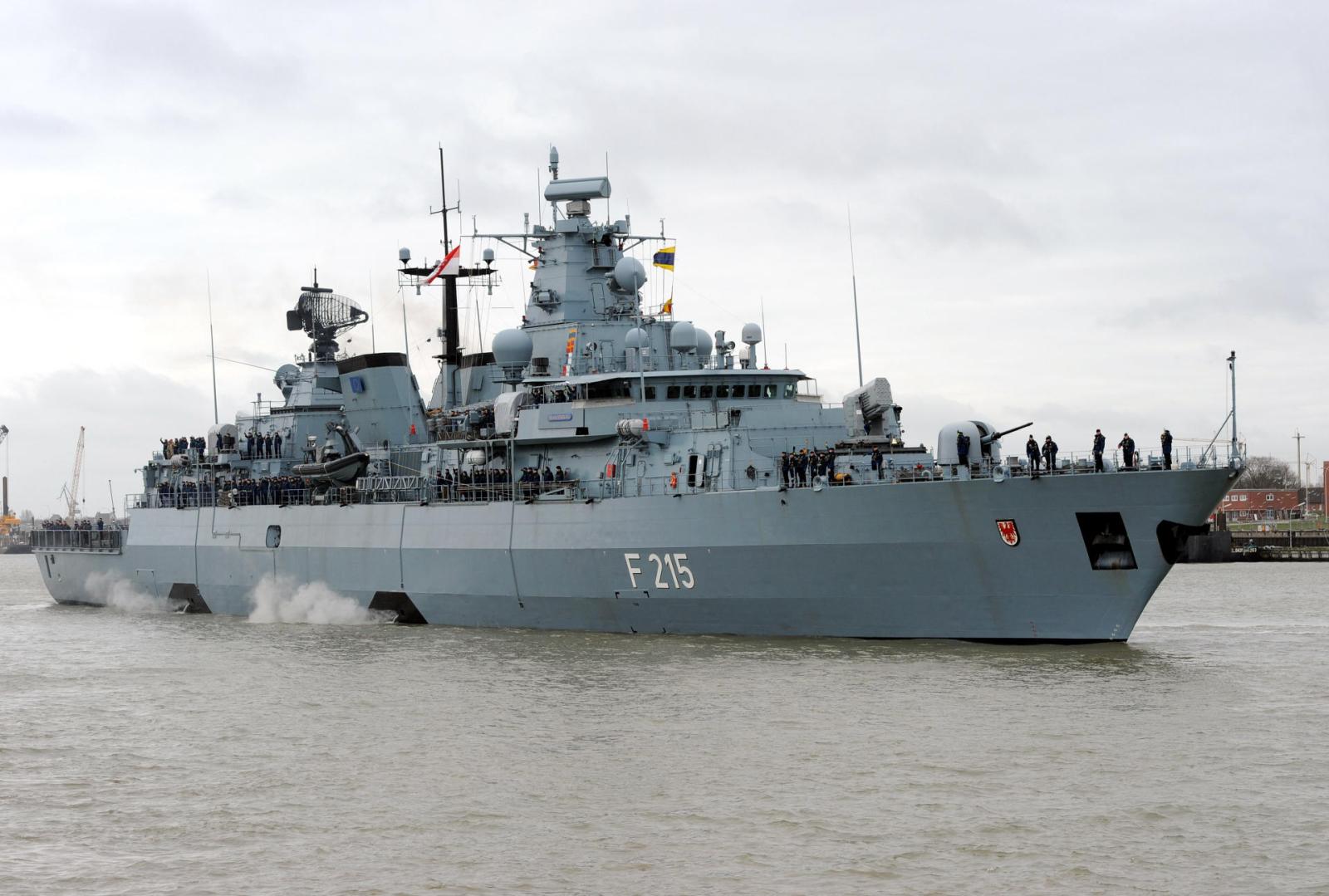 Frigate 'Brandenburg' leaves the naval base in Wilhelmshaven, Germany, 17 March 2014, for an anti-piracy operation at the Horn of Africa. The frigate will take the lead in the international mission 'Atalanta' by the Maritime Security Center. EPA/INGO WAGNER

Africa is acutely vulnerable to maritime crime, which has become a low risk, high reward business. By Timothy Walker and Denys Reva

Piracy and armed robbery at sea have long been regarded as a threat to international peace and security. But other types of maritime crime are just as significant.

These crimes cannot be dealt with unilaterally. African states are increasingly realising that enforcing the law and securing the seas requires concerted transnational and multilateral collaboration.

Transnational maritime crime should make African countries nervous. They are acutely vulnerable given the number of crimes threatening them, their limited ability to prevent or respond to them, and their growing transnational nature and sophistication.

These offences are committed by organised criminal groups engaging in multiple, interlinked and international crimes, regardless of borders. Profits from these enterprises are used to diversify or enhance operations. The failure to prevent or punish maritime crimes means the sea is becoming a place where risk is low and the reward is great.

The United Nations (UN) Security Council, encouraged by its three non-permanent African members (the A3), has recently become the leading forum for determining how best to fight maritime crime. This complements decades of work undertaken by other UN agencies.

Earlier this month, the UN Security Council debated the threat posed by transnational organised crime at sea. The 5 February meeting was organised and chaired by Equatorial Guinea’s Minister for Foreign Affairs and Co-operation Simeón Oyono Esono Angue, the UN Security Council president for February 2019. The Executive Secretary of the Gulf of Guinea Commission briefed the gathering, as did the Executive Director of the UN Office on Drugs and Crime (UNODC).

This builds on other recent discussions, for example, the one Côte d’Ivoire initiated at the UN Security Council on 18 December 2018 on the threat drug trafficking poses to stability in West Africa. On 13 June last year an Arria Formula meeting was co-organised by Côte d’Ivoire, Equatorial Guinea, Ethiopia, the Netherlands and the United States to discuss the threat maritime crime poses to international peace and security.

African states taking a leading role on the UN Security Council is a welcome shift from the lamentable seablindness that has prevailed on the continent. “Seablindness” refers to the general lack of interest in the importance of the seas and of humanity’s dependency on their safe, secure and sustainable usage.

The International Maritime Bureau’s 2019 Annual Report of Piracy and Armed Robbery Against Ships at Sea shows the increasing sophistication of the threat and the growing transnational nature of maritime crime’s scope and impact.

Reported attacks against shipping in the waters between Côte d’Ivoire and the Democratic Republic of the Congo more than doubled from 37 incidents in 2017 to 79 in 2018. Some of these are petty incidents of theft in port, rather than piracy as defined by the law of the sea, but the total includes six hijackings, the taking of 130 hostages and 78 seafarers being kidnapped for ransom.

Kidnapping has become a lucrative crime. Four hijackings close to the Port of Cotonou in early 2018 show both a preparedness to hijack in or just outside ostensibly safer territorial waters and anchorages of a state, and the ease with which hijackers can sail the ship and crew away. Some gangs strike quickly and widely. In a few hours just outside Cameroonian territorial waters on 23 November 2018, 18 people were kidnapped from five vessels.

The number of kidnappings-for-ransom and reported assaults in the ports, anchorages and territorial waters of West African coastal states and on the high seas, is increasing. This shows the ability of maritime criminal networks to shift and diversify their modus operandi.

An alleged Nigerian piracy leader was arrested in South Africa late last year through good police work and cooperation enabled by Interpol. This couldn’t have happened without sound transnational cooperation. More of this kind of policing can lead to further arrests of suspects linked to illegal fishing, drug and human trafficking and dumping at sea.

South Africa has now joined Côte d’Ivoire and Equatorial Guinea as the A3’s newest member on the UN Security Council. It is also subject to many maritime crimes, such as drug trafficking and abalone poaching, and stands to benefit from enhanced international responses. South Africa must continue the A3’s momentum gained over recent years in the fight against maritime crime.

Despite the prominent role African countries are playing, it is worrying that maritime crime and security is seldom debated at the AU’s Peace and Security Council. Maritime security was last discussed in 2017, and despite regular meetings, too few new initiatives are being launched. Transnational organised maritime crime should be considered, especially because it’s now on the UN Security Council’s agenda.

The AU and regional economic communities have created an impressive array of strategies, codes and instruments to address maritime crime, but their implementation is falling behind. Unifying the efforts of the UN and AU could have just the sort of impact needed to strengthen the fight against transnational crime at sea. DM