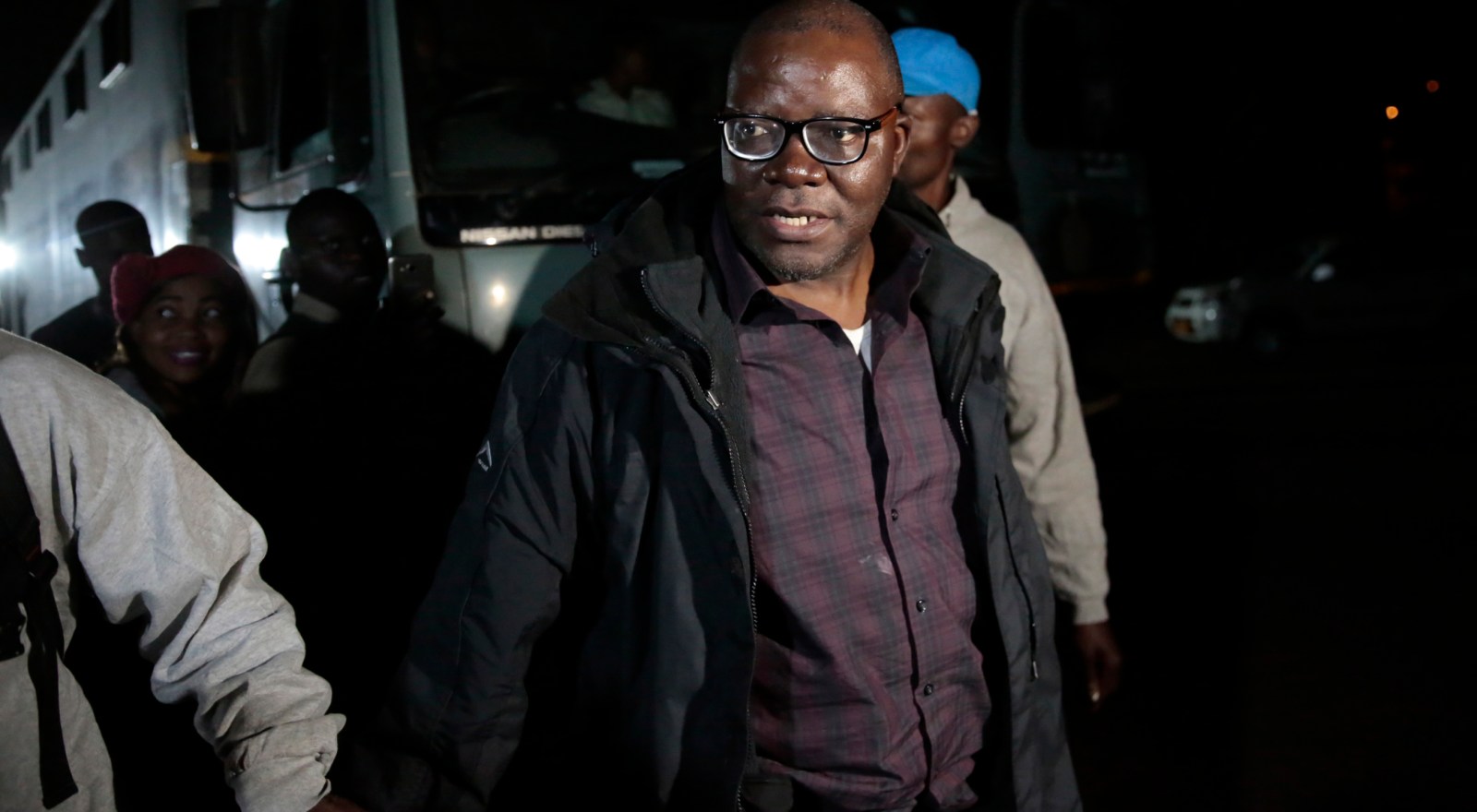 Zimbabwe human rights lawyer and the Movement for Democratic Change Alliance (MDCA) Vice Chair Tendai Biti has been convicted by Harare Magistrate Gloria Takundwa for contravening the provisions of the Electoral Act.

On Monday Tendai Biti was found guilty of declaring MDCA president Nelson Chamisa winner of the 30 July polls ahead of the constitutionally mandated body’s, the Zimbabwe Electoral Commission (ZEC), results.

Section 66A of the electoral act prohibits the unofficial or false declaration of election results.

Speaking at the party’s headquarters, Morgan Tsvangirai House in Harare last year before the announcement of the presidential results, Biti said that the coalition president Chamisa has won the presidential elections, hence should be sworn in

“The results show beyond reasonable doubt that we have won this election and that the next president of Zimbabwe is Advocate Nelson Chamisa. These results were extrapolated from V11 forms that in some cases were posted outside polling stations in compliance with the law and in some cases handed over to our candidates’ agents in compliance with the law. We now hope that the Zimbabwe Electoral Commission (ZEC) will follow its Constitutional and legal obligation defined in the Electoral Act of formally announcing the result that is consistent with what we have gathered through our own parallel voter tabulation process.”

V11 forms are used to record data at a polling station after the votes have been counted.

Biti pleaded not guilty, denying the charges laid against him. “I did not purport to make any announcements,” Biti said answering to the charges. He added that the plan was to compel ZEC to announce results.

Magistrate Takundwa has fined the human rights lawyer $200 and seven day’s imprisonment in the event of his defaulting.

“You are to pay a fine of $200 or in default of payment seven days imprisonment. Six months will be wholly suspended for five years on condition that Biti doesn’t commit a similar crime,” says Magistrate Takundwa.

Daily Maverick spoke to Ernest Mudzengi, a Harare based political analyst who said: “The Zimbabwe Electoral Act must be reviewed to be in line with values and principles of human rights and freedoms.” He added that the current law has been designed to deter or restrict his (Biti’s) political freedom.

A Harare resident, Conrad Moyo commented that government had no case but had only wasted people’s time and resources.

“There was no case but rather trying to divide attention of the masses from the real issues affecting the country under this so-called new dispensation, which in this case is a continuation of the old dispensation, ” Moyo told Daily Maverick.

Owen Dhliwayo, a social commentator from Harare said that the case boiled down to the issue of integrity of last year’s harmonised elections (council, parliamentary and presidential).

“The case is heavily laced with political perception and attitude towards opposition players as Biti merely made statements that cannot be deemed as determining or declaring the winner but stating what was on their collected V11 forms,” Dhliwayo said.

Biti, a politician and Member of Parliament, is former president of the People’s Democratic Party and finance minister respectively. DM

Sally Nyakanyanga is a Zimbabwean based freelance journalist, who has written for regional and international publications