Slamming the door on democracy in the DRC 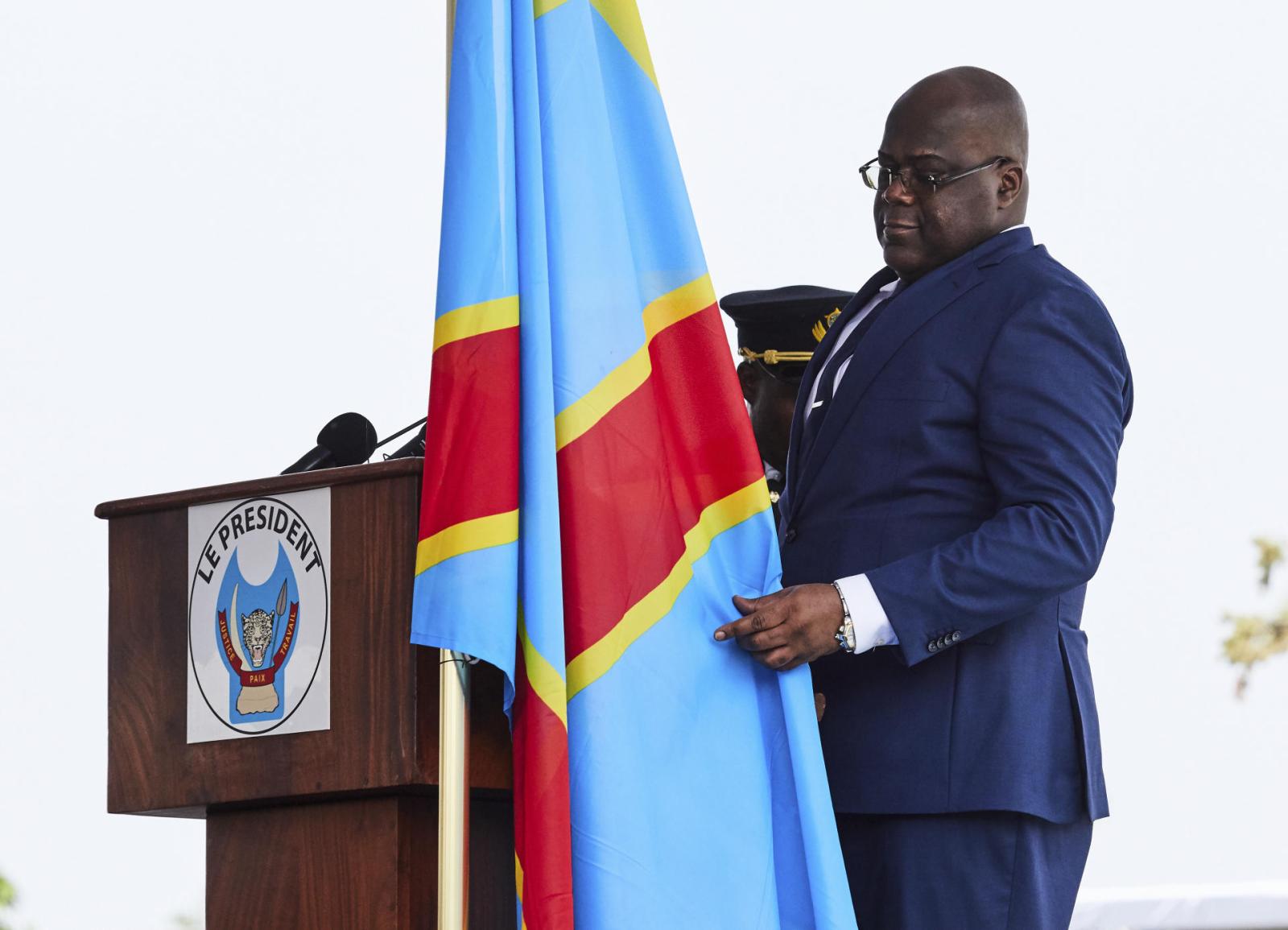 Democratic Republic of Congo's new President Felix Tshisekedi prepares to take oath of office during the inauguration ceremony at the Palais de Nation in Kinshasa, the Democratic Republic of the Congo, 24 January 2019. Tshisekedi, the son of the country's veteran opposition leader, was sworn-in as the country's new President after disputed elections. EPA-EFE/HUGH KINSELLA CUNNINGHAM (RESEND) QUALITY REPEAT

The Congolese chose change, but African and international responses to the election deprived them of it. By Stephanie Wolters

Martin Fayulu, leader of the Lamuka coalition and winner of the recent presidential election in the Democratic Republic of the Congo (DRC) – but who is not the new president – wrote to Africa’s leaders gathered for last week’s African Union’s (AU) summit.

He proposed two options: setting up a special AU commission to verify the “truth of the ballot” in the DRC, or holding new elections in six months. Fayulu’s letter had no impact, and his proposed options did not come even close to being a subject of discussion at the summit.

Instead, the AU and African heads of state welcomed with open arms the man whose contested election victory had just a few weeks ago prompted an AU “high-level consultative meeting”. The outcome was an unprecedented request by the AU for the DRC to suspend the announcement of the final results.

In his letter, Fayulu summed up nicely what all of this means for the future of the DRC and more broadly, for democracy in Africa: “[If the AU does not take action] the Congolese will no longer believe in elections and this will be a defeat for democracy that will have repercussions beyond the DRC.”

So what exactly is the cost of the AU, the Southern African Development Community (SADC) and the broader international community’s capitulation in the DRC? And why was this election different from other responses to contested elections?

Most importantly, there was proof. Solid, objective proof, gathered by a credible body, that the results announced by the Commission Electorale Nationale Independante (CENI) were fraudulent. The Conference Episcopale Nationale du Congo (CENCO) of the Catholic Church, a trusted civil society actor, fielded 40 000 electoral observers on the day of the polls.

This dwarfed the observer missions from the AU, with 80 observers, and SADC, with 93 – the only international observers accredited by the government. Both missions left shortly after the 30 December elections.

In addition to having observers in more than half the polling stations, the CENCO ran a parallel counting process using the results that were posted outside polling stations, a requirement under Congolese electoral law. Its extrapolated result gave Fayulu 62%, Félix Tshisekedi 19% and Ramazani Shadary, the ruling party candidate, 18%.

The existence of this information distinguishes the recent contestation in the DRC from numerous other contested elections, such as Gabon and Zimbabwe. In neither of those instances was there actionable proof of fraud like that provided by the CENCO in the DRC. In many ways, the CENCO has set a new standard for such rigour and objectivity.

The absence of such evidence has been the basis for continental and regional bodies turning their backs on contested elections. But in the DRC, it was the opposite. The CENCO has published its findings, disaggregated by province, while the CENI has yet to release the same for its results. If the AU and SADC disregard such evidence, the conclusion is that they lacked the political will to act on it. The repercussions for democracy across the continent are devastating.

This is even more so the case as SADC and South Africa argue that they cannot interfere in the domestic matters of a sovereign nation. But it is no secret that in the DRC – as in many African countries, including some SADC states – the institutions involved in elections are heavily politicised and lack the independence to deliver the real outcomes of the polls.

This is where civil society comes in and why rigorous election monitoring is so necessary. The rejection of CENCO’s findings means that on matters of importance, civil society will be disregarded by continental and regional bodies, even when its voice is as credible as that of the Catholic Church in the DRC.

It is not just African bodies that failed the DRC’s citizens. The international community was a key player during the past three years. Its engagement created the legitimate expectation that civil society and the opposition were not alone in fighting for free and fair elections. In the end, most walked away from the Congolese just when their voice and influence were most needed.

Six weeks after the elections, no one is standing up to defend Fayulu. This would certainly have been different if key African actors – the AU, SADC and South Africa – had taken a strong stance. But the United States and European Union also didn’t have African support when they imposed sanctions on the DRC for violating human rights.

The argument made by many is that they chose stability over war – an exaggerated characterisation of what might have happened had pressure been applied to let Fayulu take office. But the Congolese people chose change over the status quo, and the regional, continental and international response deprived them of that change.

Over the past three years, Congolese have proven that they have staying power when it comes to defending their constitutional rights. And on 30 December, the electorate demonstrated its sophistication, voting for a relatively low-profile politician and defying the ethnic and geographical voting patterns that characterise many other African elections.

Fayulu did well throughout the country, no doubt in part because his coalition was geographically diverse. Had he been allowed to take office, Fayulu – with his substantial victory – would have done so as a unifying candidate.

What options then do the citizens of African countries have when domestic institutions are captured by a small political elite? The recent responses from the AU, SADC and the international community would seem to indicate that they have very few.DM