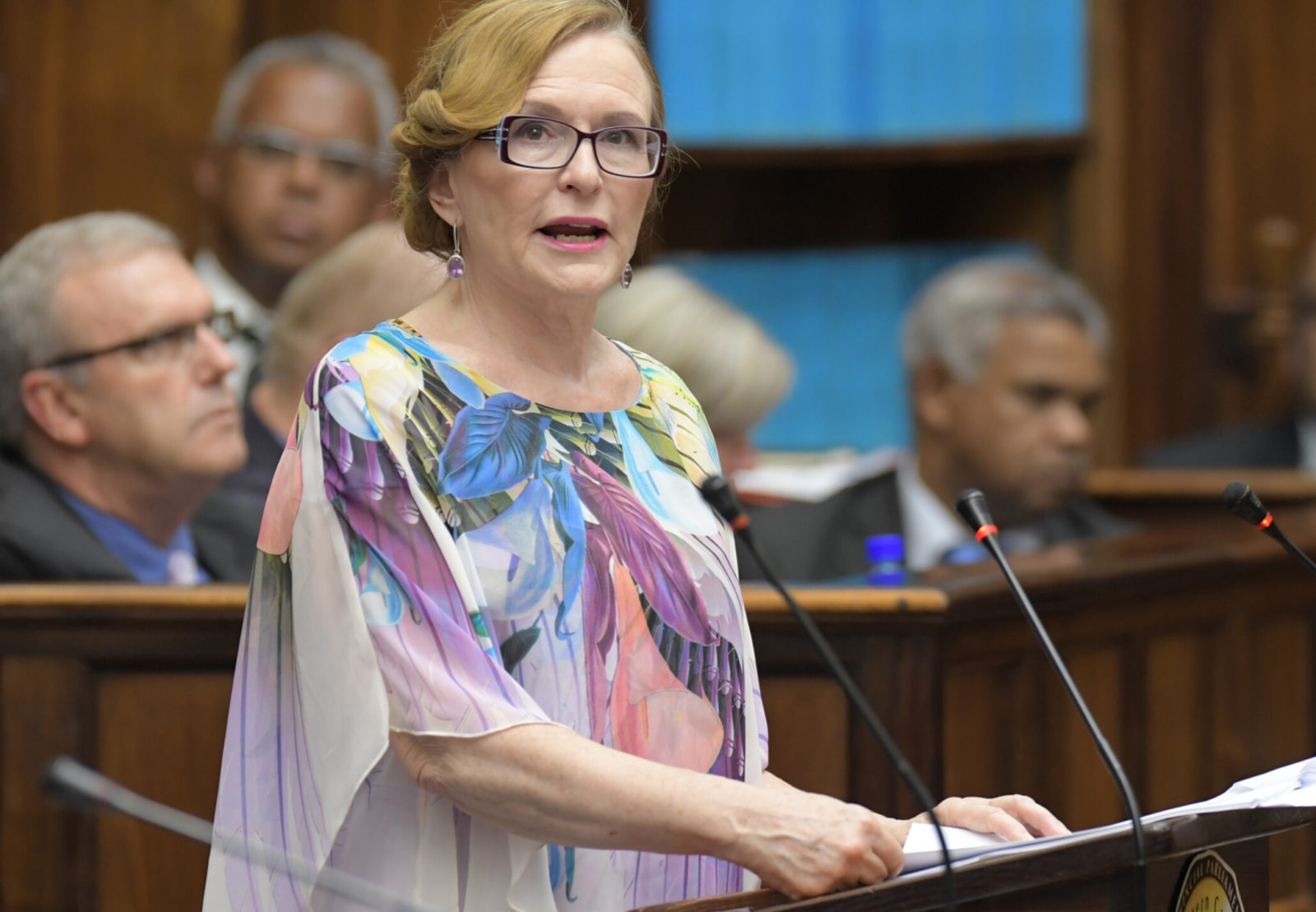 CAPE TOWN, SOUTH AFRICA - FEBRUARY 15: Western Cape premier, Helen Zille during the State of the Province address at the Legislature on February 15, 2019 in Cape Town, South Africa. Zille was delivering her last address in the legislature as Premier of the Western Cape. (Photo by Gallo Images/Jeffrey Abrahams)

On Friday morning, barely ten minutes into the start of Western Cape premier Helen Zille’s final State of the Province Address ( SOPA), legislature speaker, Sharna Fernandez had to ask the premier to sit down while she dealt with ANC members who kept disrupting and interjecting as Zille spoke.

Fernandez had to keep repeating herself to provincial legislature members of the ANC to “behave in a dignified manner” after sustained interjections during Zille’s speech.

Zille – in her 12th and final SOPA address as premier of the only DA governed province in the country – faced heckling and interjections from ANC opposition members including Sharon Davids, Cameron Dugmore and Khaya Magaxa. Provincial Economic Freedom Fighters MPL Bernard Joseph also disrupted proceedings at one point.

Zille was heckled over the provinces’ approach to unemployment, Cape Town’s water crisis and her remarks on the influx of learners from other provinces into the education system.

But about halfway of her speech, ANC acting chairperson Khaya Magaxa got up, said “we as the ANC have listened” before he and other members of the ANC left the chambers to deliver an alternate State of the Province.

Zille labelled this as a “staged walkout” saying “now we can continue in peace”.

Outside the legislature building in Cape Town, and under heavy police presence protestors from the ANC and members of the Bo-Kaap Civic Ratepayers Association (BKCRA) accused the city and provincially DA-led government of gentrification and not being anti-poor.

Former premier Ebrahim Rasool and current ANC head of provincial elections told protestors “the real state of the province was that people are poor and unemployed” – a comment that was in direct contradiction to Zille’s speech in the legislature.

“We have South Africa’s lowest unemployment rate at a full 14 percentage points below the national average on the expanded definition,” said the premier.

The BKCRA, who had been protesting outside the legislature building before the ANC started its protest, wants to stop developers who want to build in the culturally rich area of Bo-Kaap. Plans are afoot to develop and create multi-storey buildings in an area that has been around since slavery in the Cape.

Fowzia Achmat, of the BKCRA, said outside: “we are not just fighting the DA, but the city council. We are fighting them to ensure that Bo-Kaap becomes a heritage area. If we don’t do that, they are going to get rid of us. They want to get rid of us, they do not want poor people in the city.”

DA chief whip in the provincial legislature, Mark Wiley, described the walkout as “an act of calculated political delinquency”.

“From the outset, Premier Zille’s SOPA was marred by the ANC’s shouted commentary, unruly jeering, and thuggish behaviour which disrupted the crucial opportunity for the Premier to communicate the Western Cape Government’s extraordinary work over the past ten years. This is an act of pure ANC sabotage by political opportunists desperate to remain relevant in the Western Cape Province,” said Wiley, in a statement after the SOPA.

“Furthermore, the ‘alternative’ State of the Province Address given by Ebrahim Rasool on Wale street was nothing more than a disgraceful misinformation campaign fraught with ANC racial and populist rhetoric which only seeks to divide the people of our province. It must be noted that more police officers were in attendance than actual ANC activists,” said the chief whip. DM