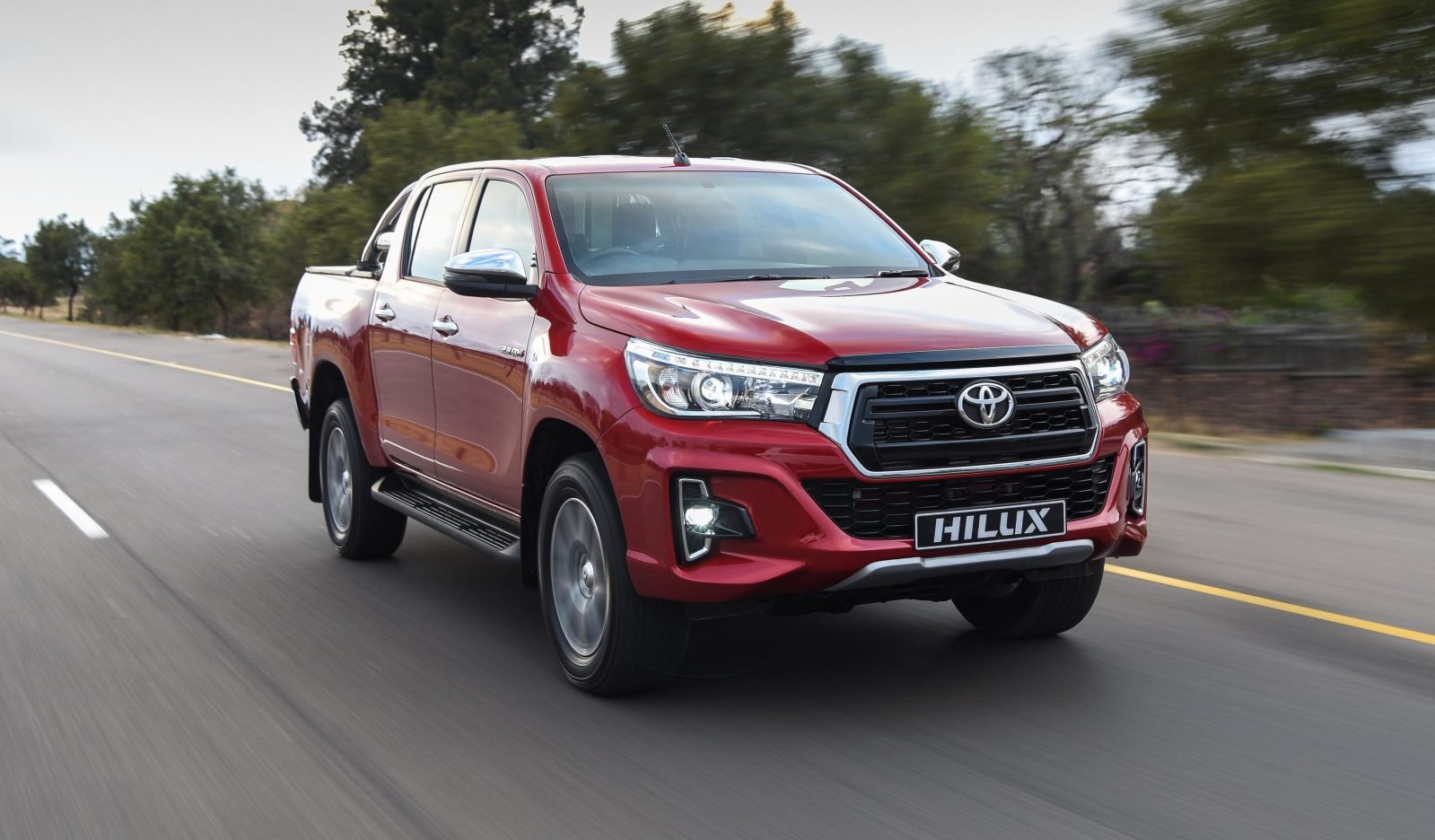 Best-selling doesn’t always equate to being the best, but Toyota’s Hilux is SA’s most popular bakkie for good reason. In top-range Raider 4x4 Double Cab guise, there’s lots to like and little to criticise, all underpinned by a reputation for reliability, capability, and strong resale value.

The Toyota Hilux isn’t just a bakkie – it’s a light commercial vehicle institution, with a commanding share of the market and a well-earned reputation for rugged reliability and value retention. 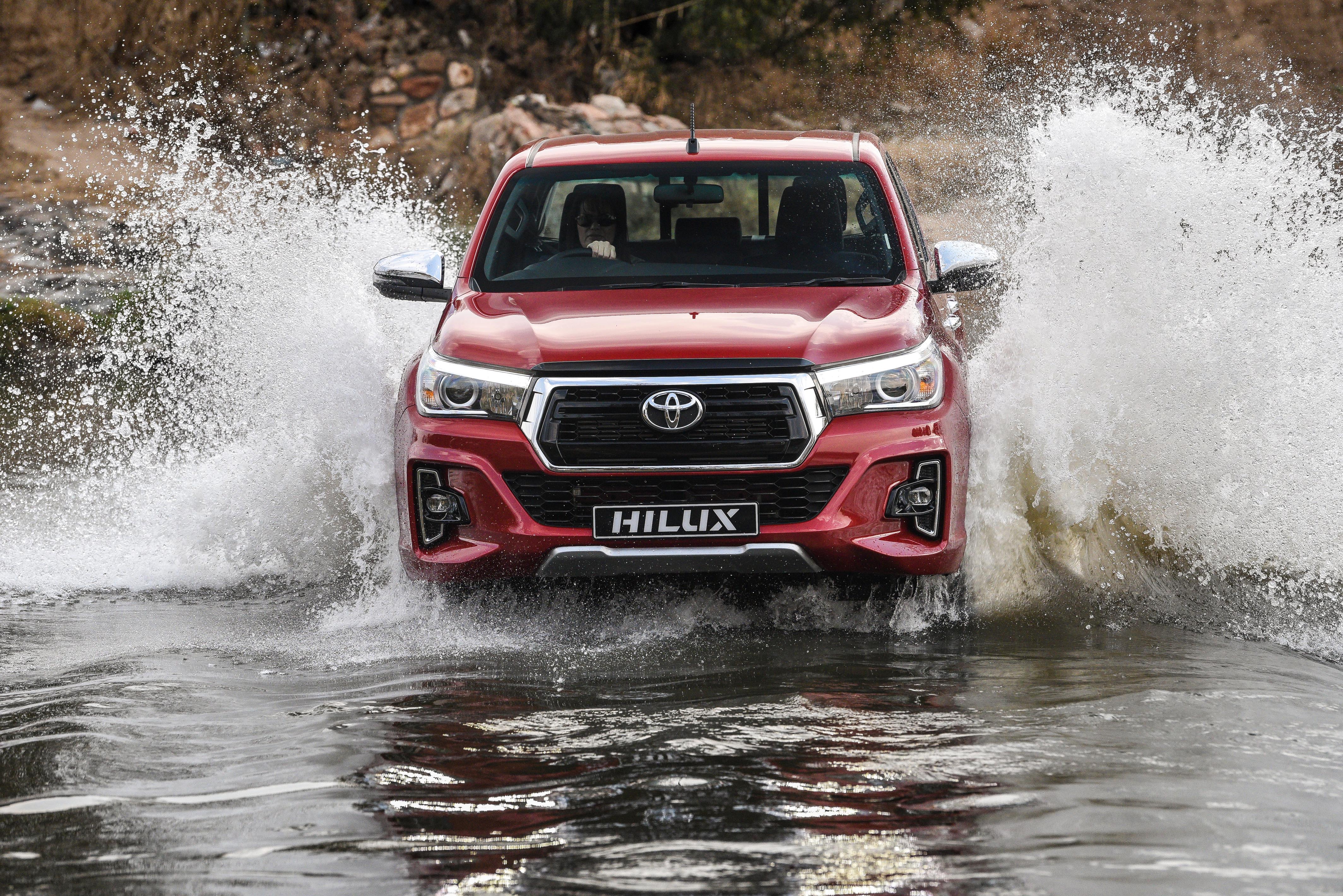 The Hilux range is an extensive one, spanning 36 derivatives across single-cab, extended-cab and double-cab derivatives. It allows Toyota to offer a Hilux for almost every conceivable application, and is part of the reason why the Hilux is often SA’s best-selling vehicle in overall terms – not just in the LCV segment.

It’s also something of an institution, with a history that stretches back over more than four decades – a significant achievement in itself that only adds to the nameplate’s enduring appeal.

Last year, Toyota SA freshened up the cosmetics and interiors of some of its Hilux models, while adding some new features. It also beefed up its list of Hilux variants, and upgraded the safety of the workhorse models. 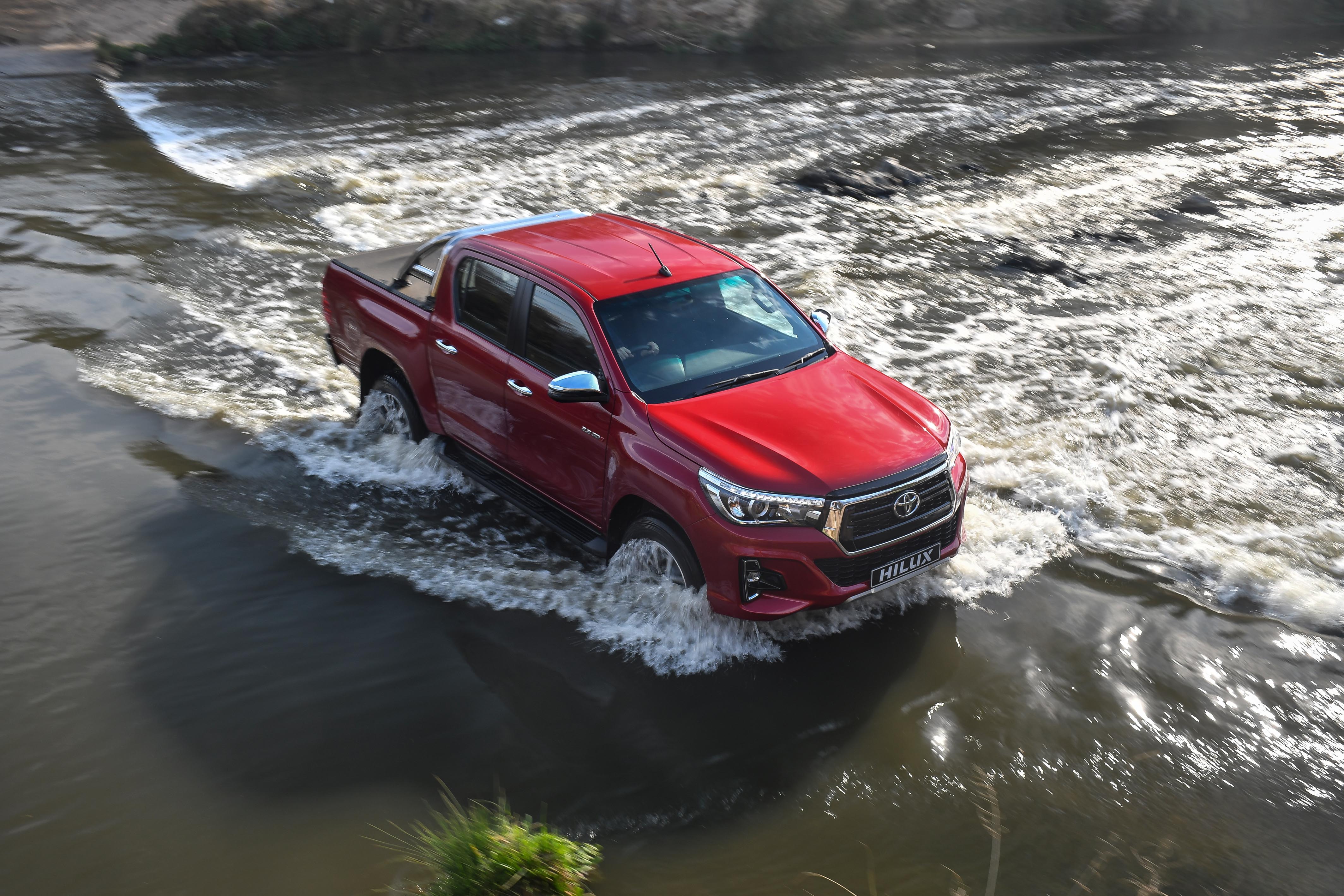 The changes are proof that Toyota isn’t content with resting on its laurels. But it will also have been acutely aware of the arrival of a new Ford Ranger, scheduled for later this year.

Under scrutiny here is the manual-transmission Hilux Double Cab 2.8 GD-6 4×4 Raider, which is close to the top of the Hilux ladder in terms of specification, capability and price. In turbodiesel terms, only the auto model costs more. 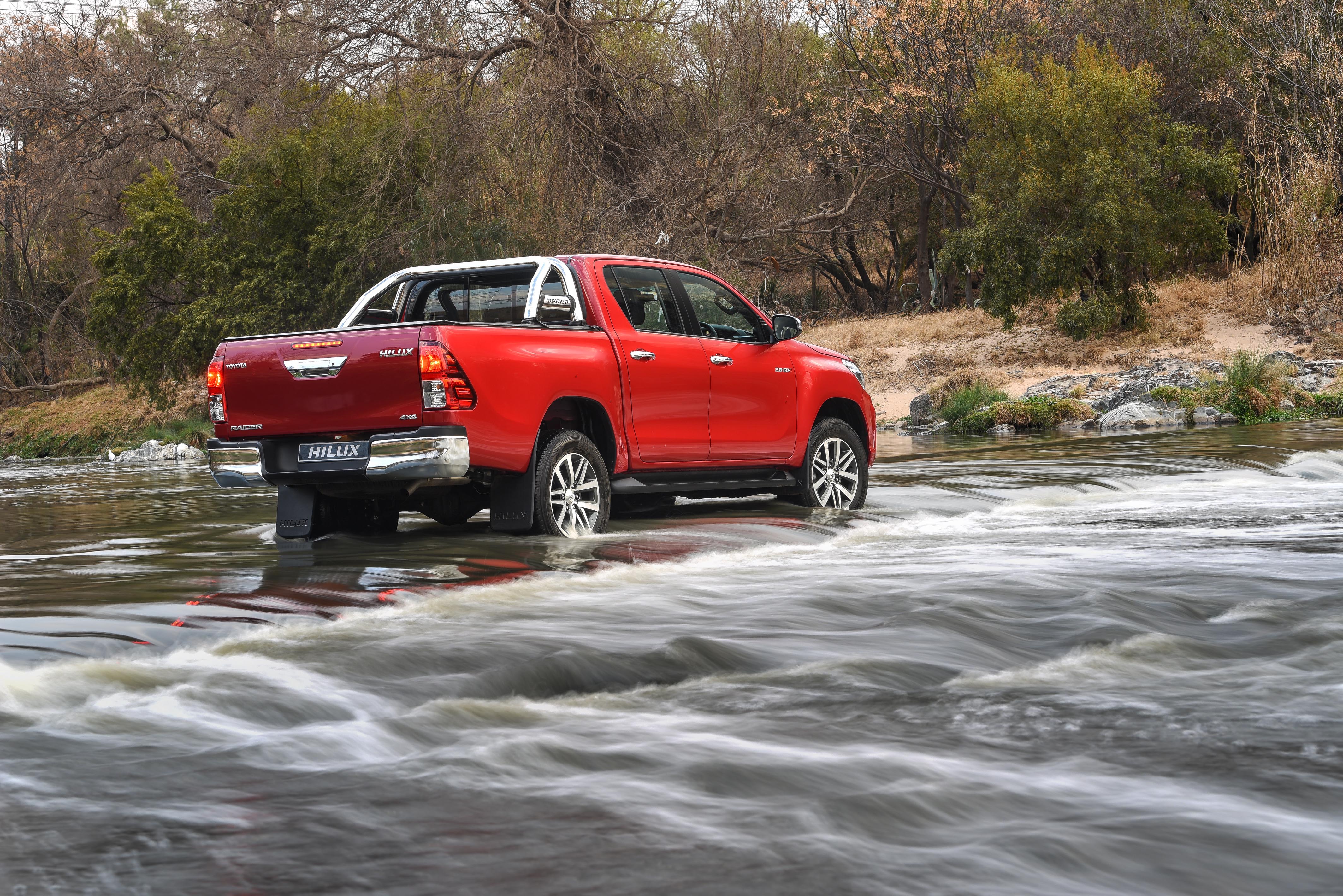 The most obvious feature of the facelifted Raider is the squared-off nose – first seen on the special-edition Dakar model, but executed here with a chrome-framed, black-slatted hexagonal grille and broad, all-black lower air intake.

The headlights are bright LEDs, crowned by even brighter LED daytime running light strips, while deeply recessed LED fog lamps complete the new visage. The effect is both upmarket and aggressive, and a definite aesthetic upgrade from the previous model’s more conservative approach. 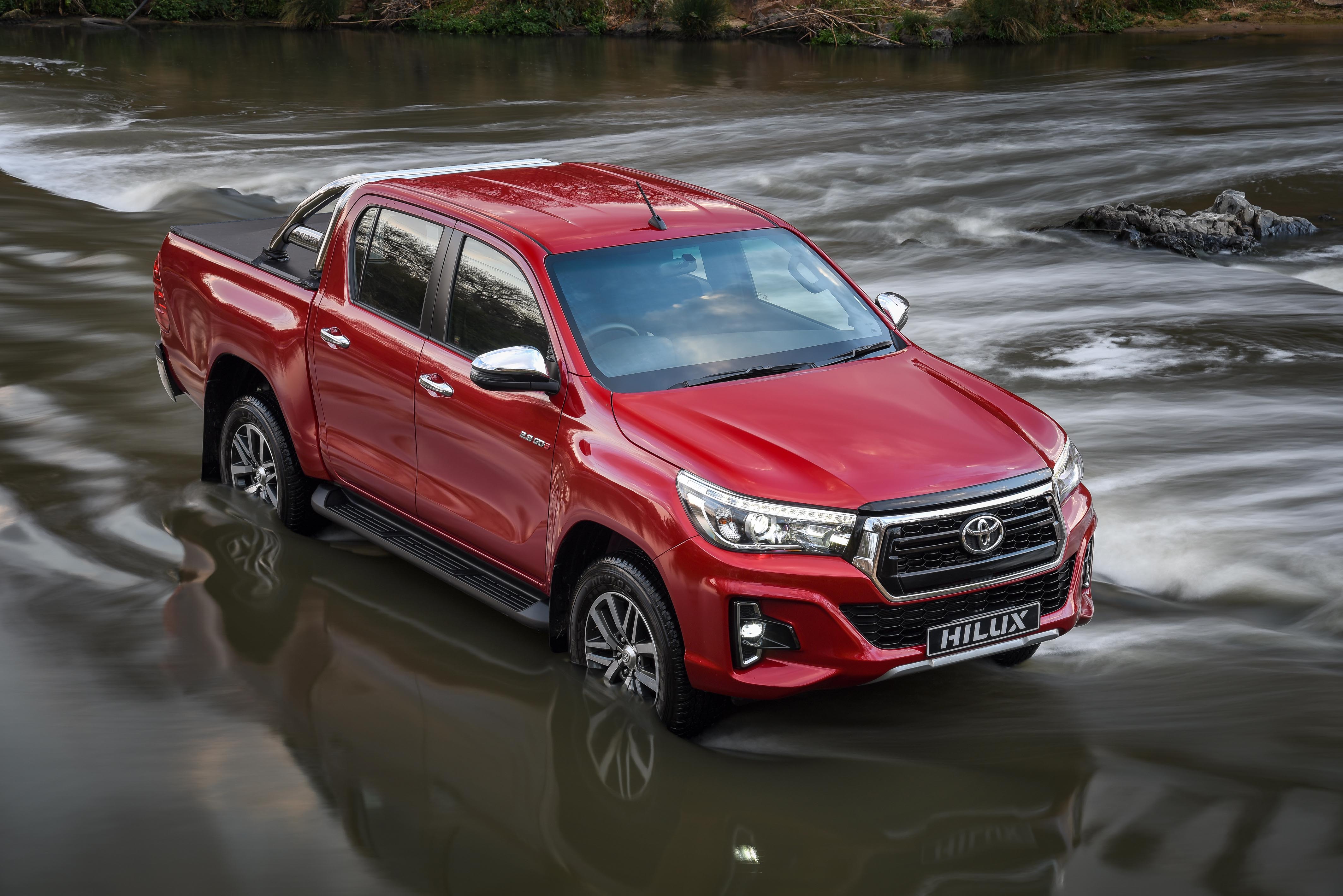 The rest of the exterior package remains unchanged: with 18-inch alloys nestled below boldly outlined wheel arches, a front scuff plate, a chromed rear bumper with an integrated step, and a chromed roll bar mounted behind the four-door cab.

In fact, chrome is very much in evidence: there’s also brightwork for the tailgate release, the door handles and the exterior mirror caps. Don’t be fooled by that shiny finery, though: the Hilux’s broad tracks and raised stance create a muscular presence that serves to underscore its all-terrain prowess.

Since the Hilux undeniably remains a member of the bakkie family, the load box is also part of its appeal. This Raider has a claimed 860kg payload, while there’s 1,727 litres of cargo space to play with – not nearly as much as a single-cab, but more than ample. 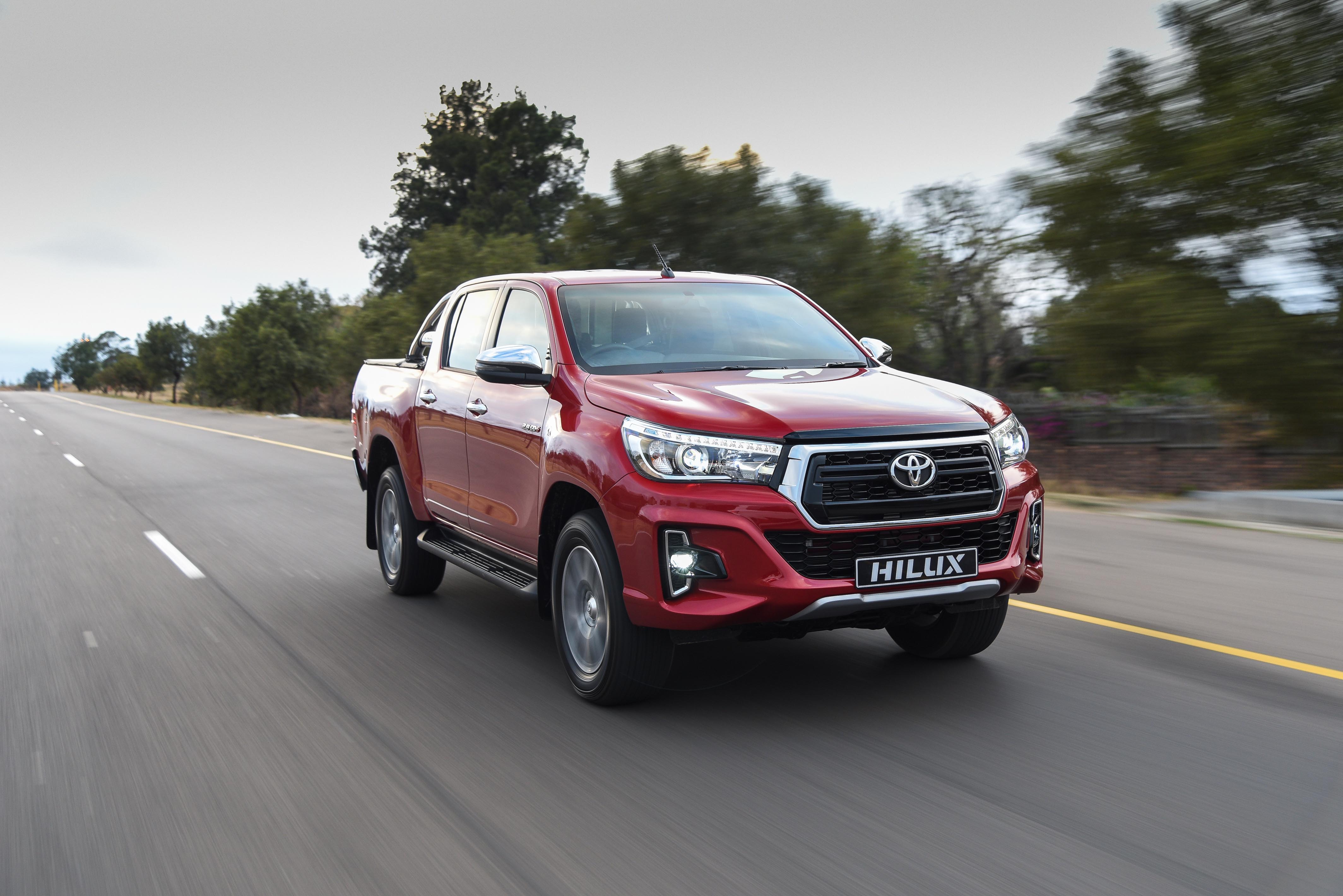 Step inside the cabin, and the focus reverts to sophistication and comfort. The interior is smartly decked out in an all-black colour scheme, complete with charcoal cloth upholstery, quality plastics, a dark-hued headliner, and black metal accents.

The seats feel as comfortable as they look, and the well laid out dashboard makes for intuitive ergonomics. There’s a clear view of the analogue speedometer and rev counter through the leather-trimmed steering wheel, while the latter’s multifunction controls add both convenience and safety. 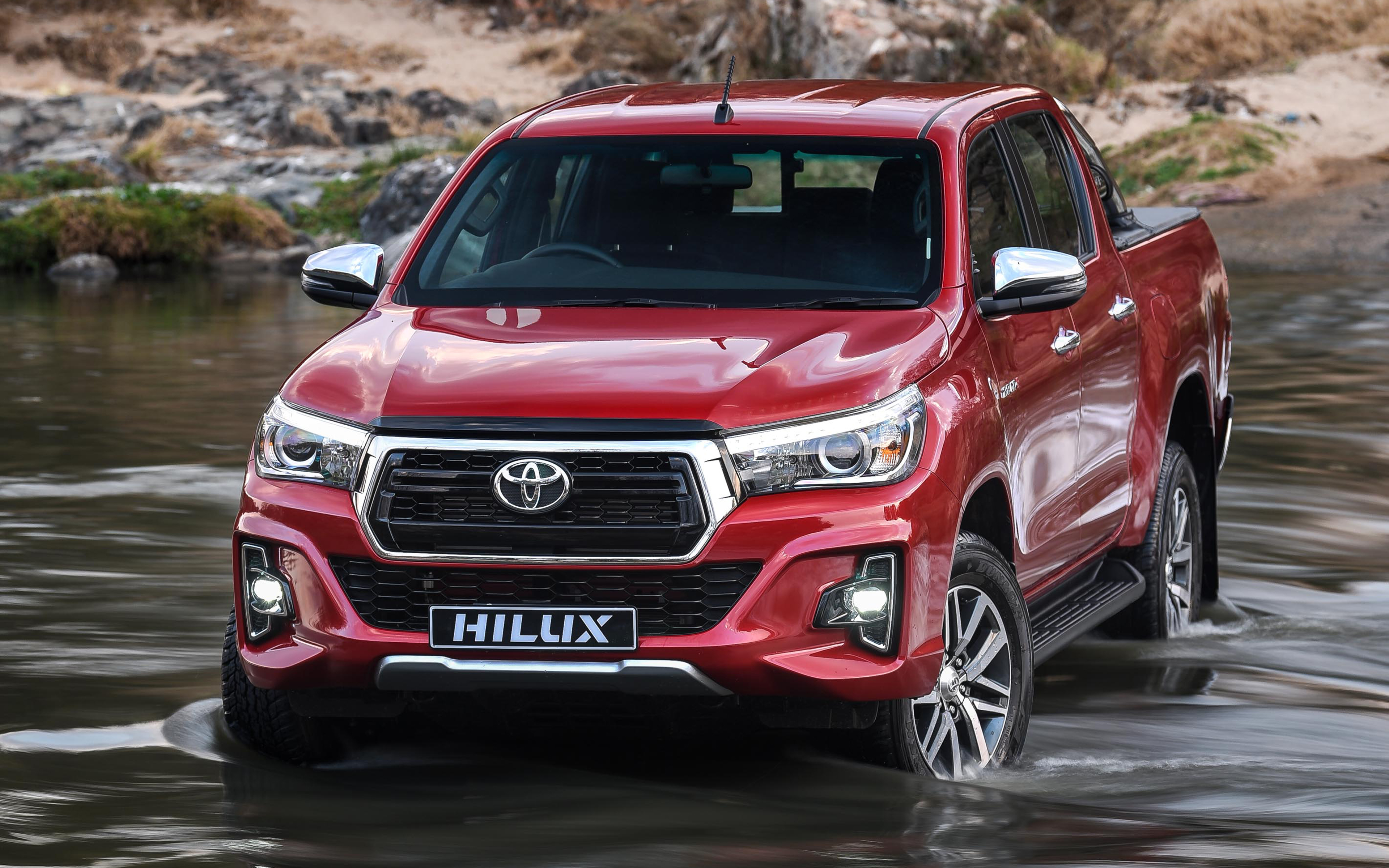 To be honest, the cabin is more car than bakkie in both execution and equipment terms – you could be in a luxury sedan. The features list includes a touchscreen-based infotainment system, complete with Bluetooth and USB connectivity, and satnav.

You also get all the other luxury mod cons: electric windows and mirrors, remote central locking, climate control air-con, cruise control, and a trio of power sockets, including (impressively) a 240V source.

As for safety, have no fear: the Hilux has no less than seven airbags (even one for the driver’s knees) to protect you in the case of a collision, plus ABS brakes, hill start assist and hill descent control, as well as traction and stability control. 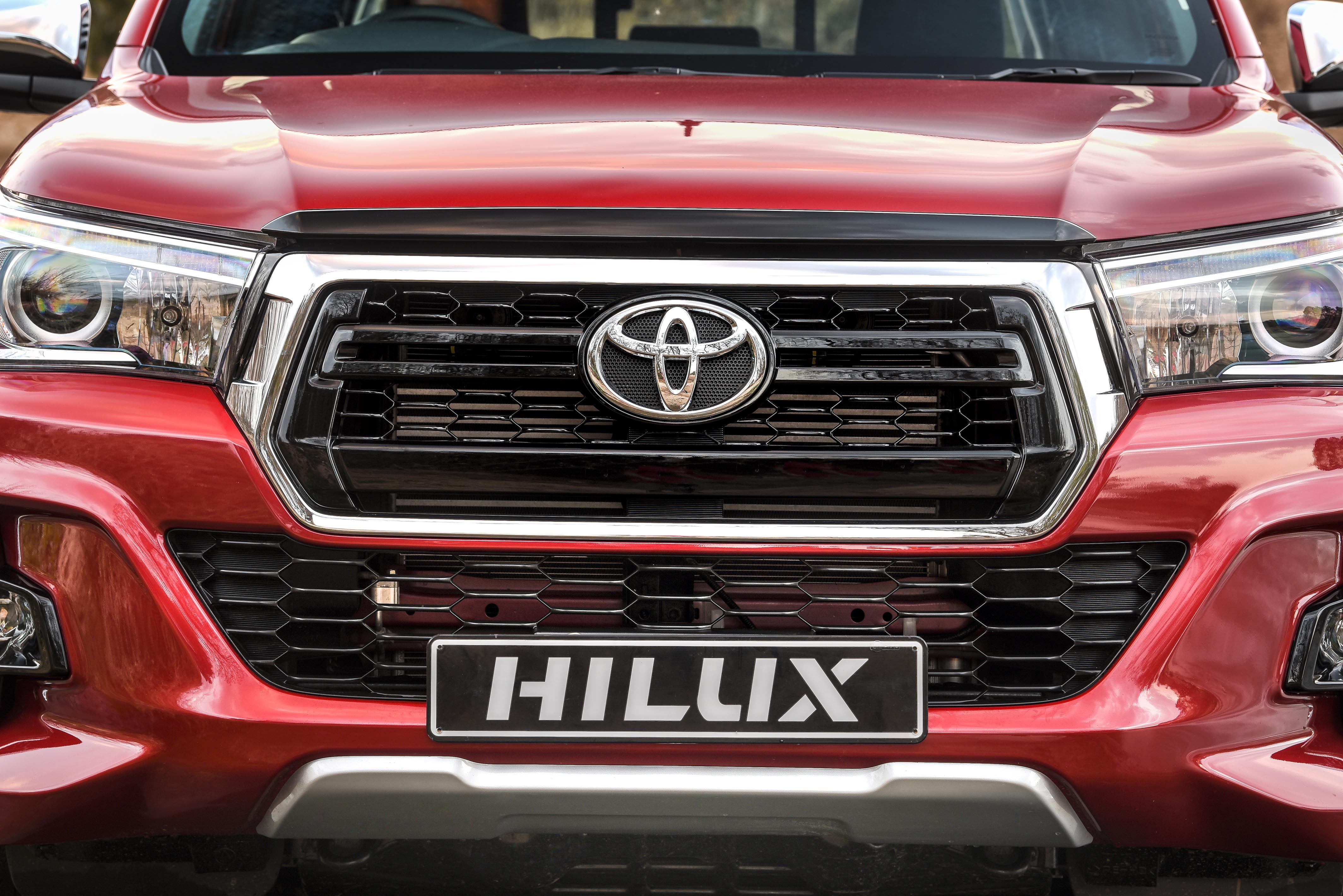 Does that make this top-flight Hilux double cab a softie? If that was your concern, you haven’t driven a Hilux – any Hilux – yet. For all its luxury-focussed attire, this Raider Double Cab remains a 4×4 first and foremost.

It has the right stuff too, starting with an impressive turbodiesel engine. The four-cylinder churns out 130kW of power and, more importantly, a wholesome 420Nm of twist, with the latter already on song from just 1,400rpm.

Our test unit had a six-speed manual box (even though our interior pics show the auto version), together with a low-range transfer case. The gearbox is exactly what you’d expect: burly, with a shift action that’s not quick, but resolutely positive and unambiguous. 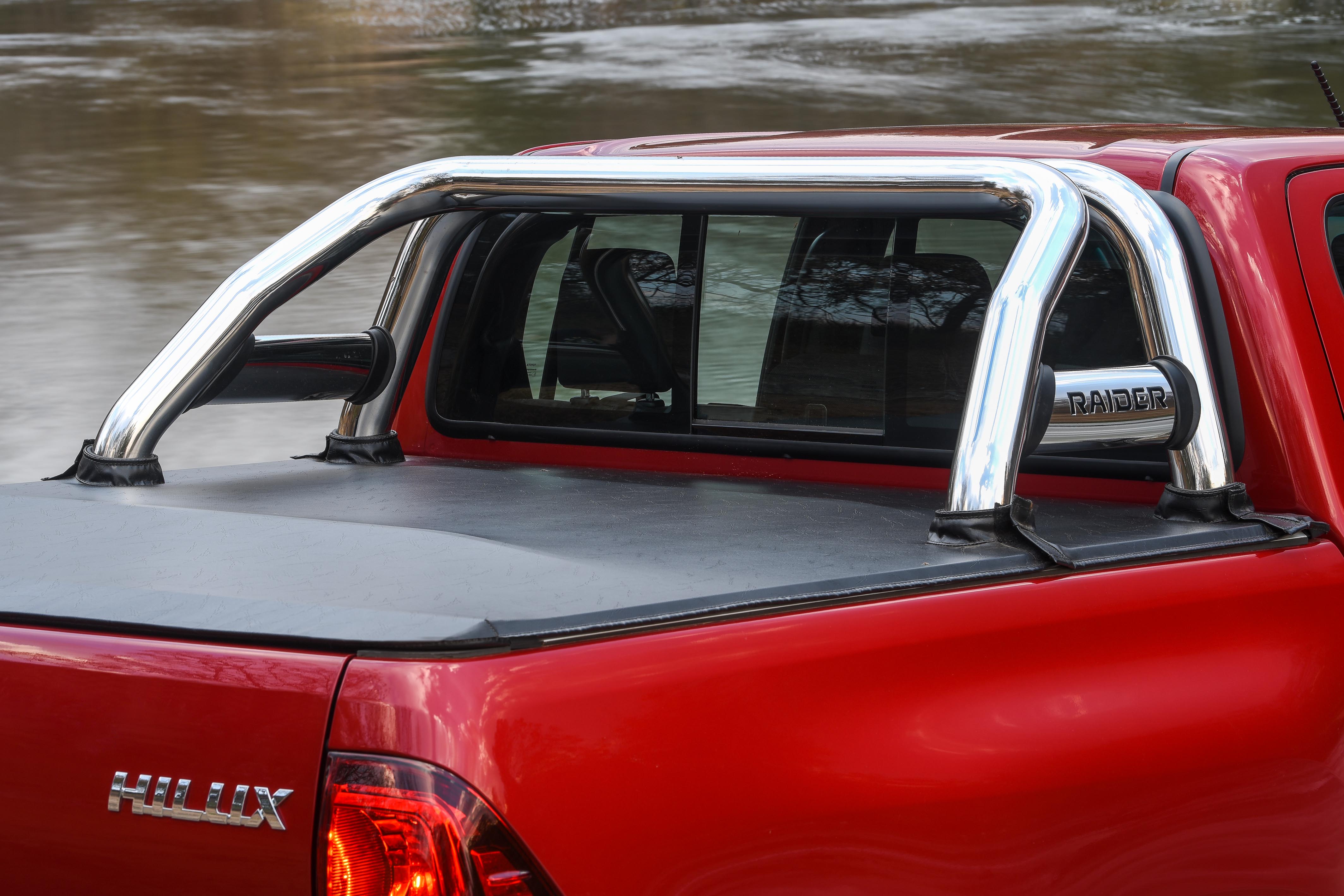 Switching between the default rear-wheel drive (4×2 in off-road speak), high-range 4×4 and low-range 4×4 is conveniently achieved via a rotary controller, and you can shift between 4×2 and 4×4 High on the move.

Add the 286mm of ground clearance, a rugged ladder-frame chassis, those 18-inch alloys shod with 255/60 all-terrain rubber, a standard diff lock, and a suspension more focussed on toughness than comfort, and you have the makings of a real off-roader.

That’s borne out in practice in no uncertain terms. The Hilux takes to dirt and mud like the proverbial duck to water, and in many ways feels more at home in the rough stuff than on blacktop: it is a bakkie, after all. 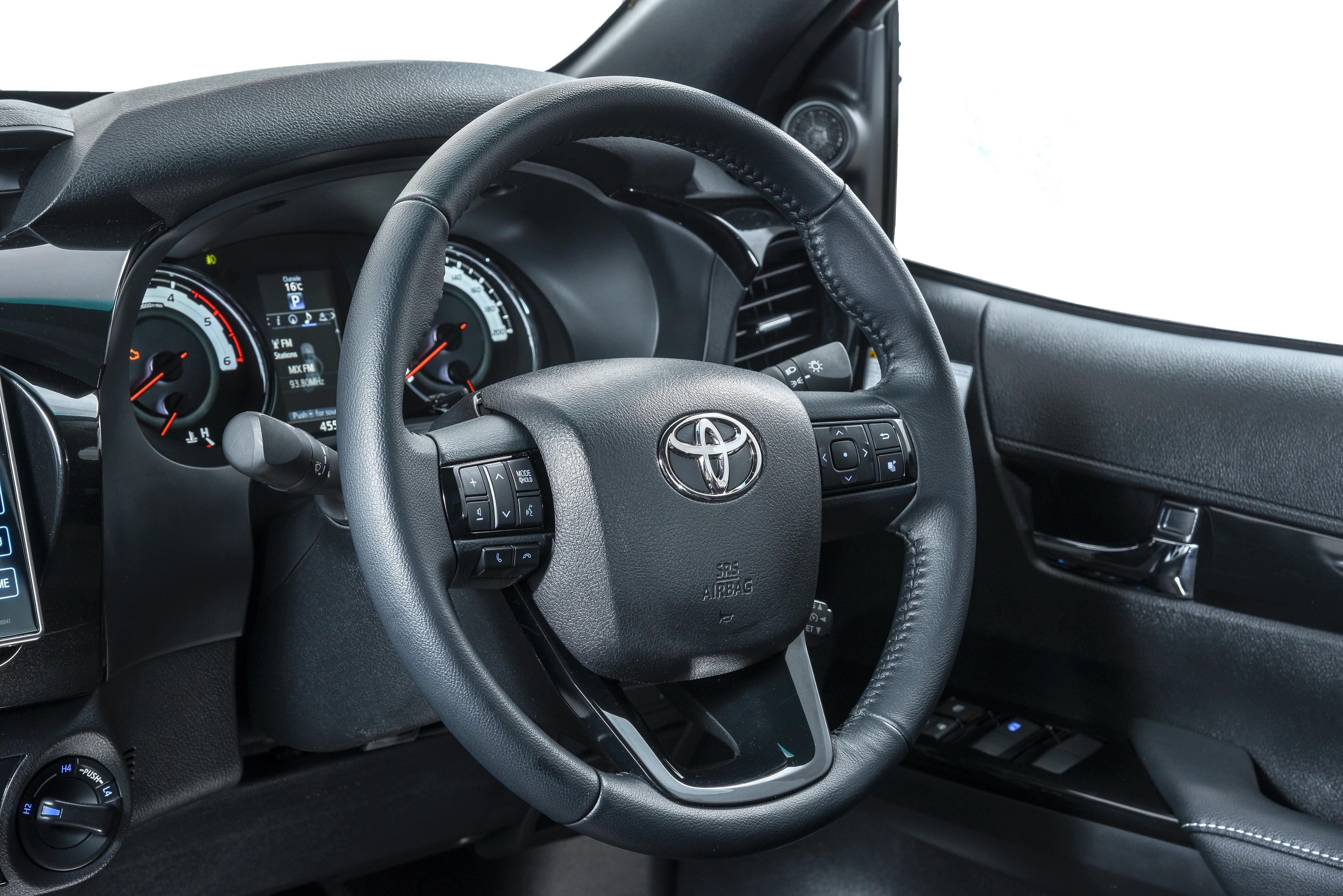 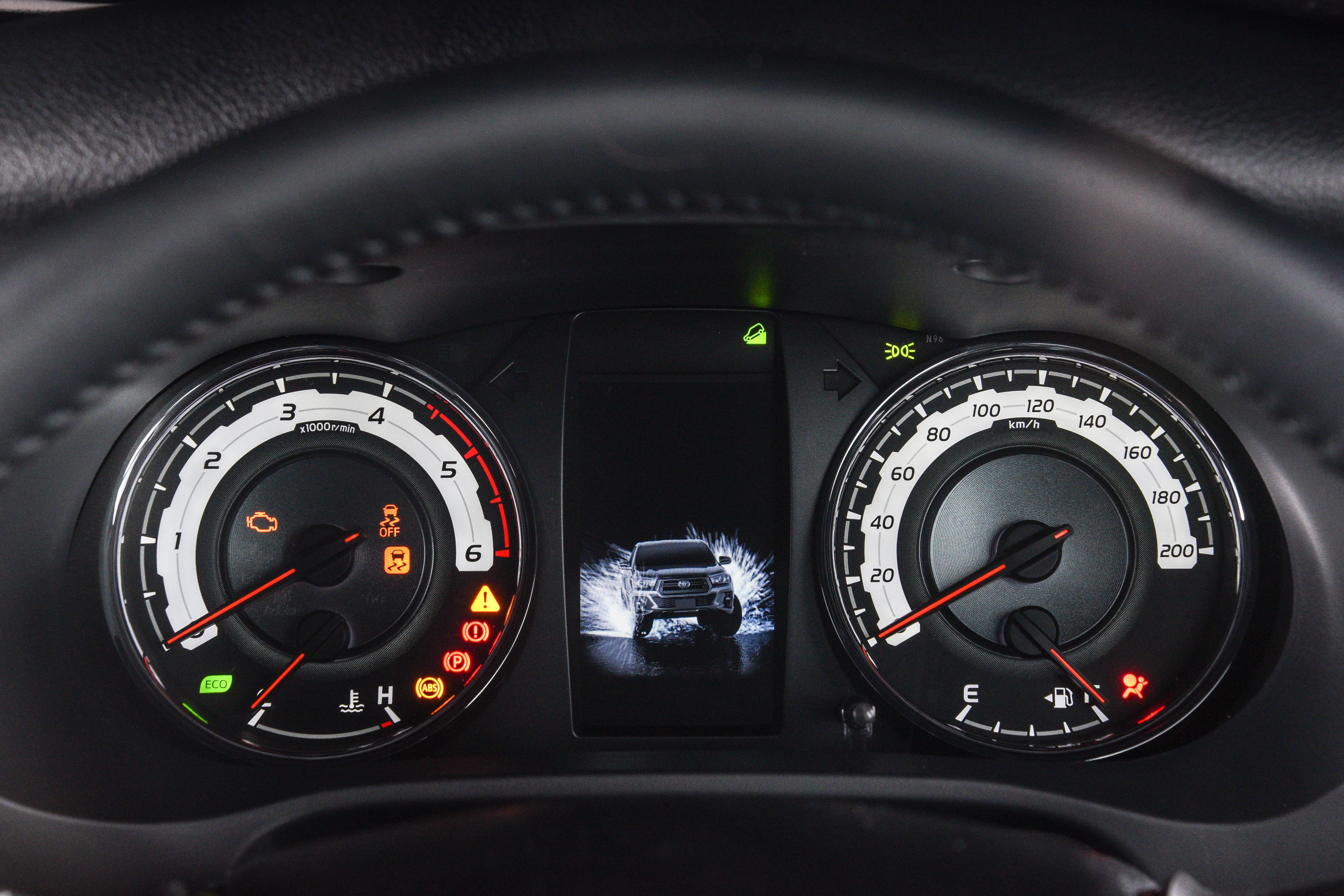 In 4×4 high, it will cope with almost anything your average Hilux double cab driver is likely to encounter, including steep inclines and descents, rutted and rocky terrain, and the odd river crossing. It also adds confidence-inspiring stability when negotiating gravel at speed.

For real-life adventurers truly intent on exploring the unexplored, switching to low-range will introduce further capabilities that can bring the challenge of traversing seemingly impossible obstacles well within the realm of reality.

A word of caution in that regard, however: the Hilux’s prodigious off-road talent should at least in part be matched by the driver’s skill and experience. The Toyota has all the right stuff, yes – but the captain behind the wheel needs to know how to use it! 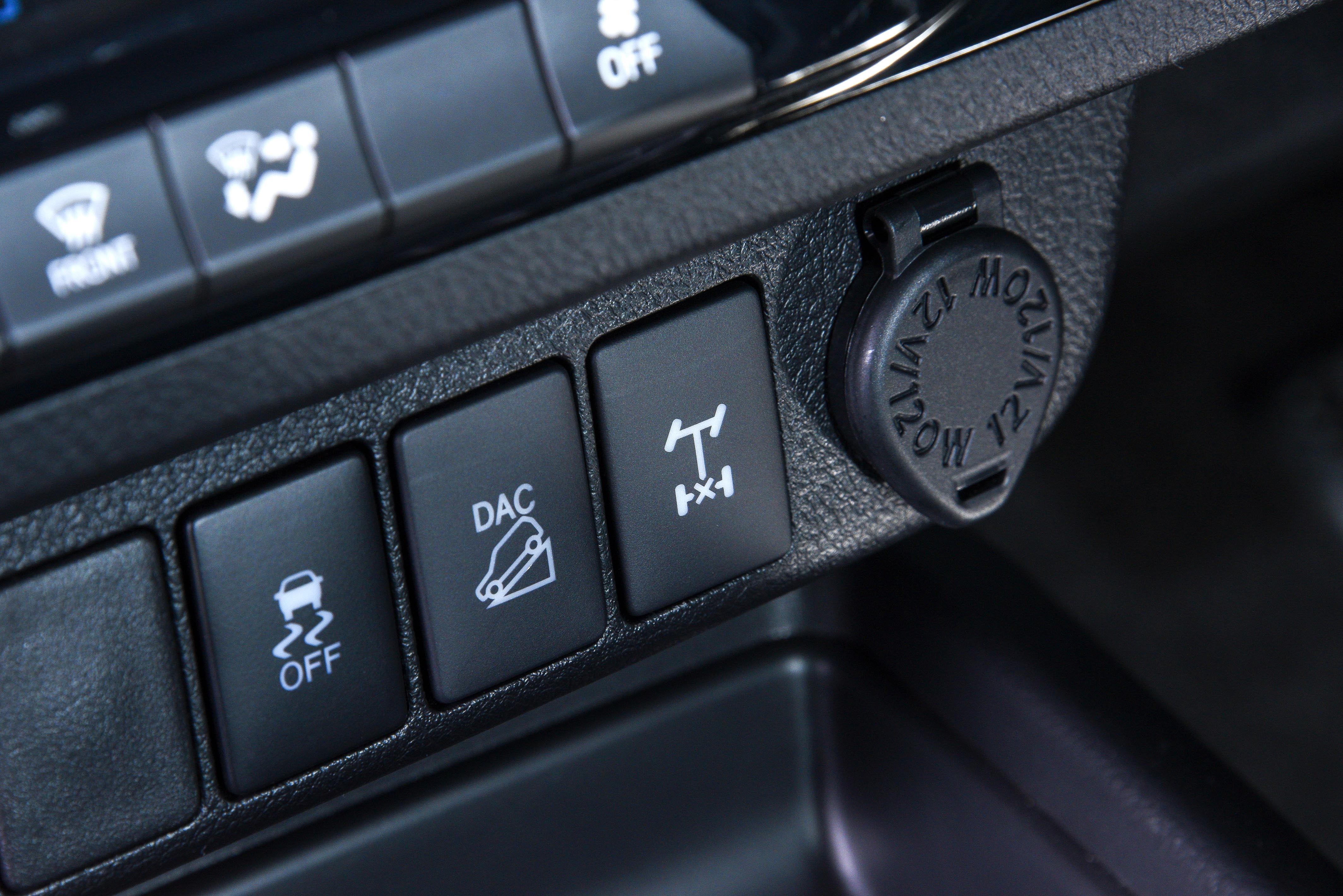 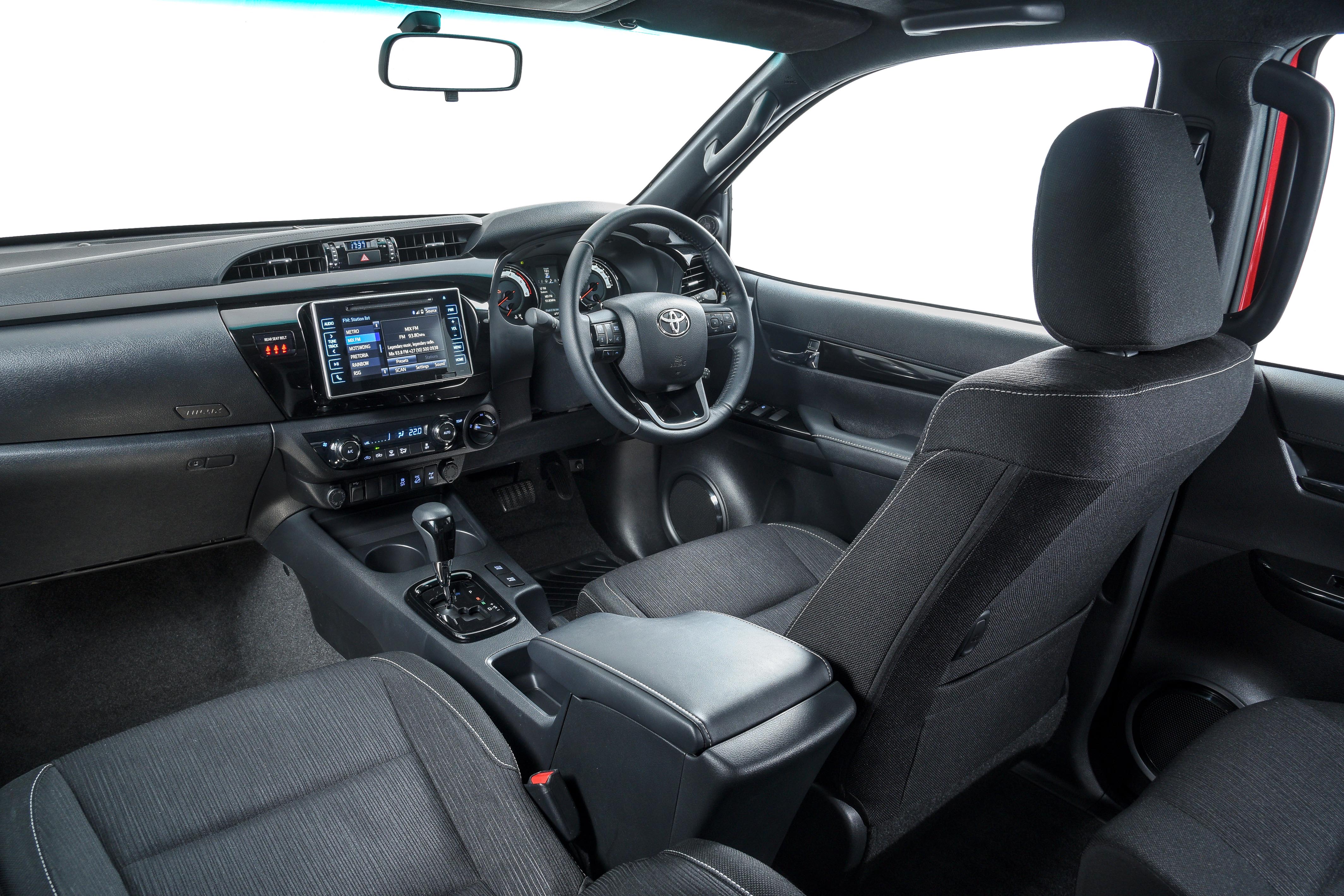 While the Hilux Double Cab Raider 4×4 has an impeccable off-road pedigree, it’s true that it’s likely to spend a significant amount of time on tar surfaces. With leaf springs suspending a live axle at the rear, ride quality remains a potential Achilles heel.

This Raider finds a decent compromise between robustness, load carrying ability, and comfort. In truth, it’s better off with a few kilograms in the load box – without cargo, the rear can feel a little light, and the ride is less forgiving on uneven or corrugated surfaces.

Even so, it’s a lot more comfortable in an urban commuting role than you would expect, with the 12.4m turning circle perhaps the only real bugbear, especially when threading your way through the crowded confines of a parking garage. 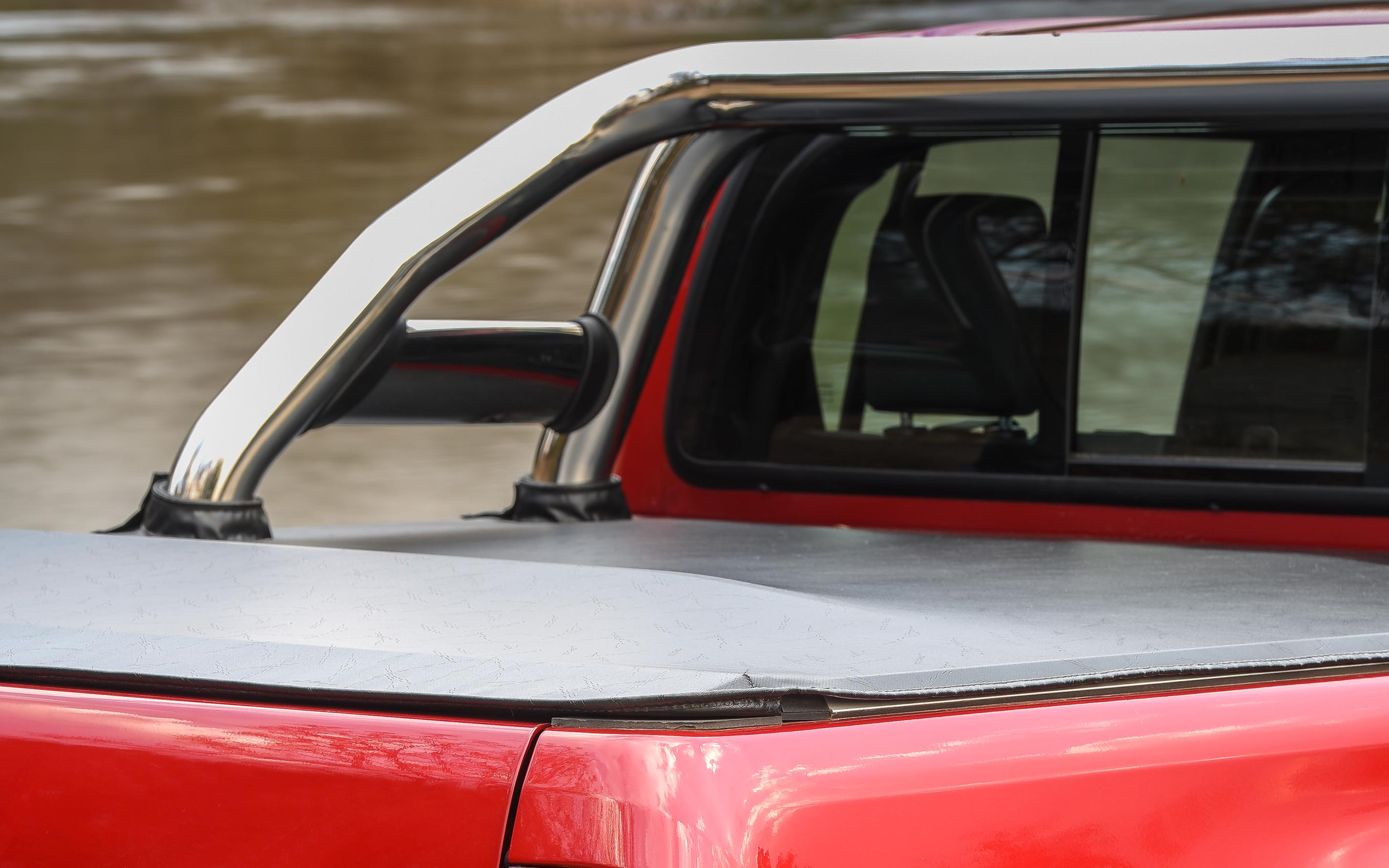 Of course, the view from the elevated seating helps during manoeuvres in tight spaces. And for once, nobody will complain about the steering’s slightly exaggerated assistance.

Out on the open road, there’s enough compliance in the suspension action to make for a relatively fluid ride, with ample chassis feedback keeping the driver informed. Handling is predictable and unequivocal, as it should be. 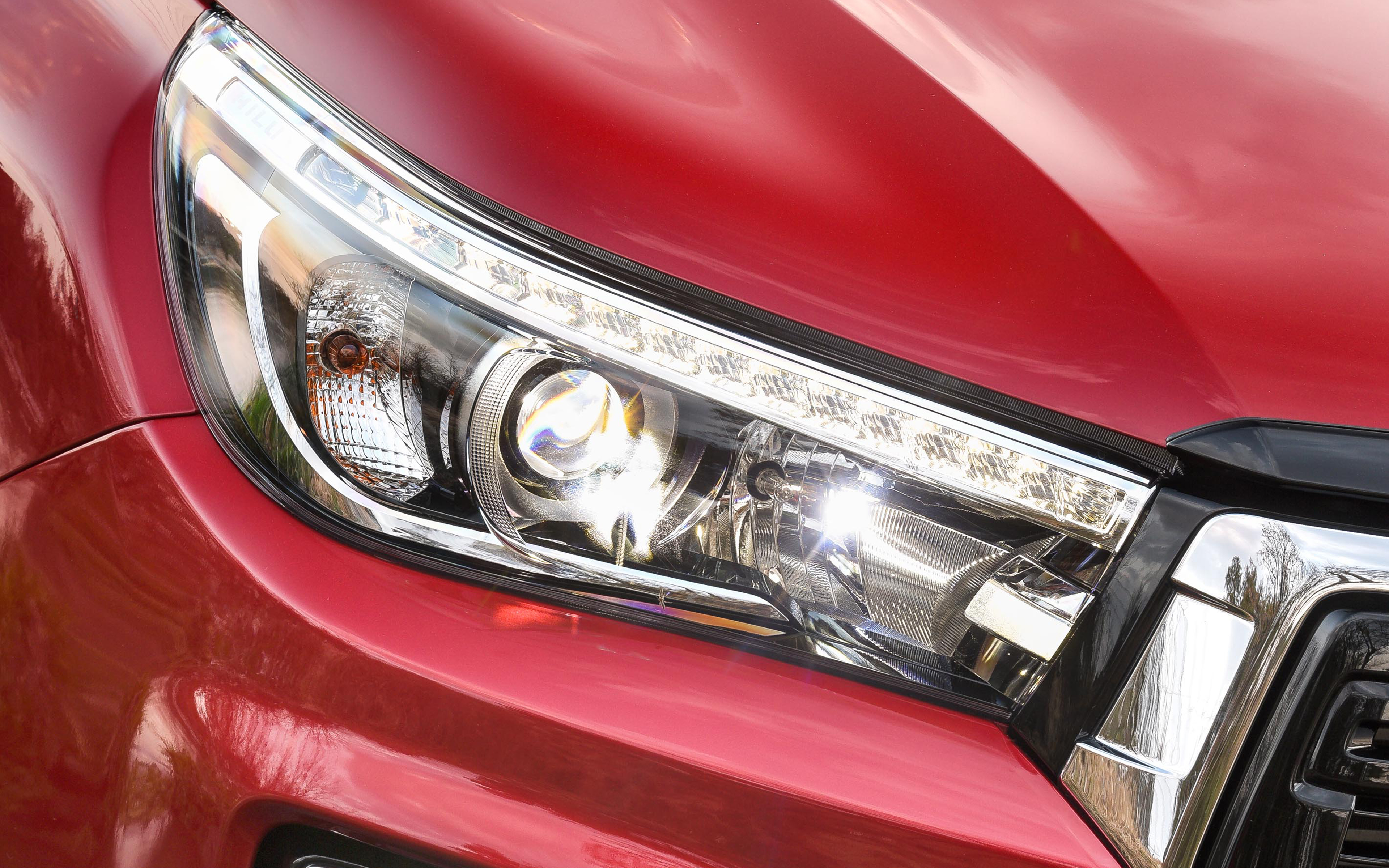 The double cab bakkie remains one of the motoring landscape’s great all-rounders, and this latest Hilux is a top-notch expression of the genre. It’s a vehicle capable of performing multiple roles without complaint – from garden refuse remover and people carrier to intercity commuter and off-road ace.

The latest updates have endowed the big Toyota with a more succinct aesthetic presence, together with a smarter, more car-like interior, while the double cab’s dynamic capabilities remain as competent and versatile as ever. 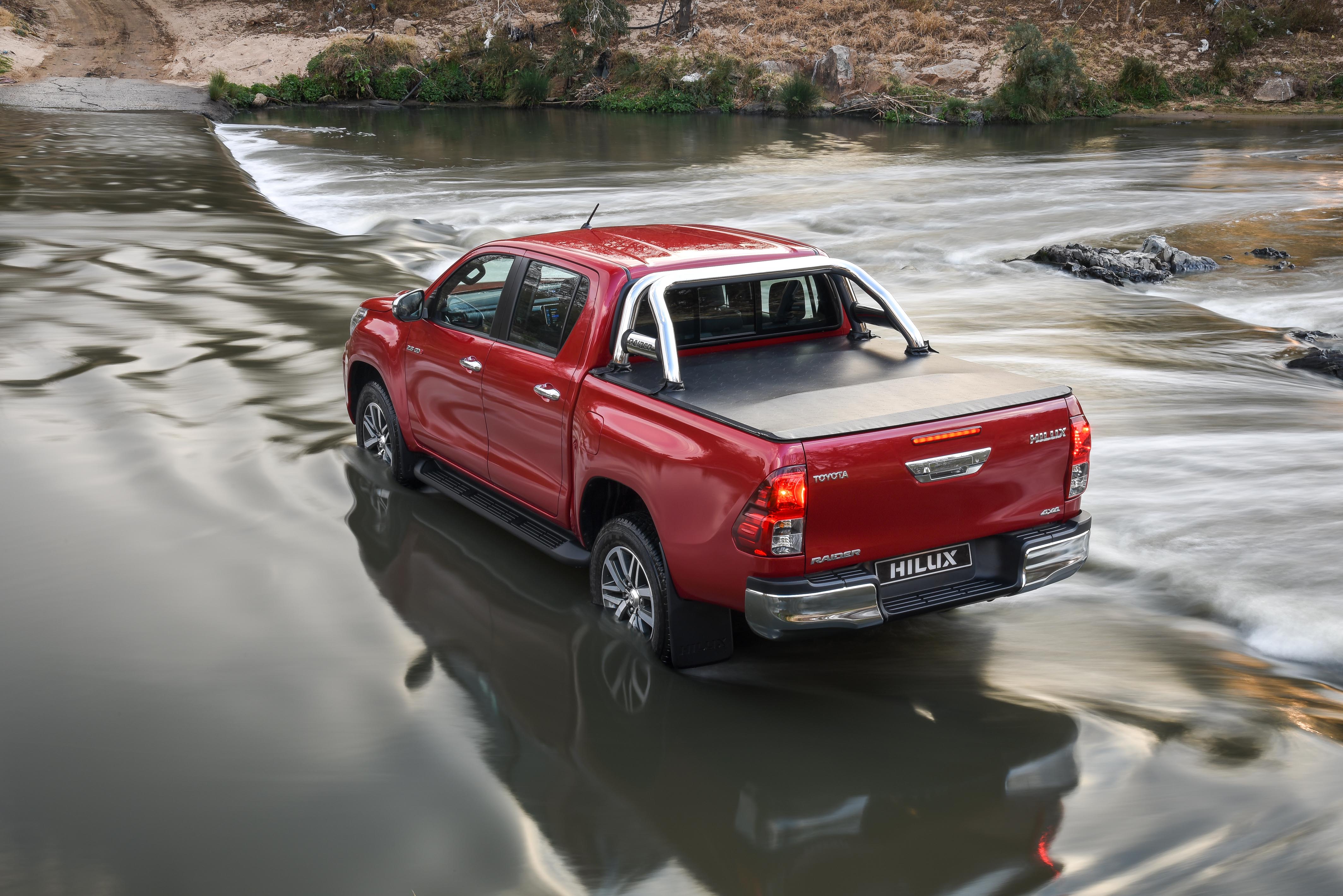 Indeed, there are a lot of reasons why the Hilux will remain a South African favourite… DM

Ride comfort good by bakkie standards, but not in the SUV league. A tighter turning circle would assist manoeuvrability.