Mantashe needs to ask what kind of development Xolobeni wants 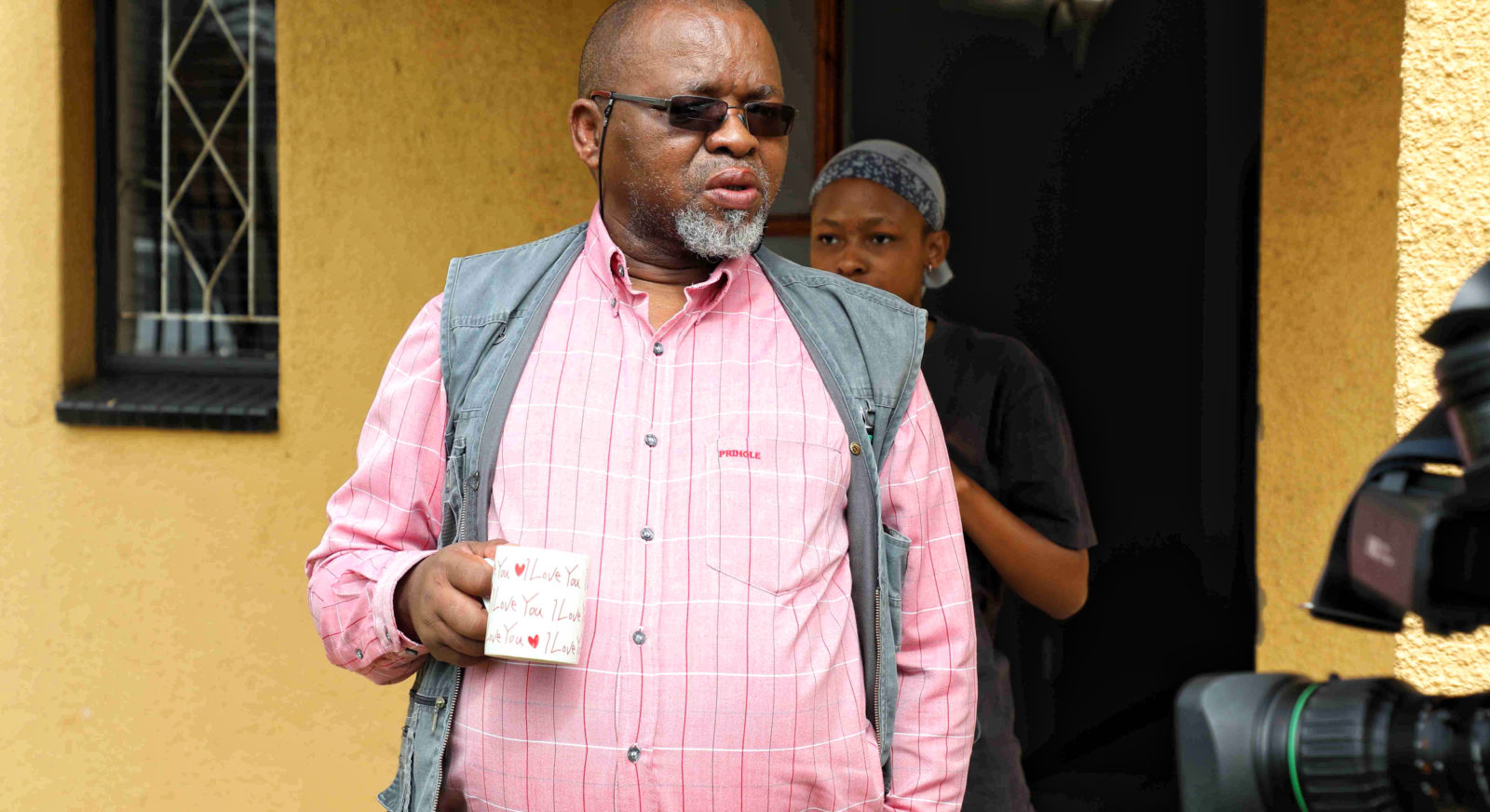 Gwede Mantashe’s remarks at the Mining Indaba are yet another illustration of the government’s apparent intention to ride roughshod over the wishes of the vast majority of the Xolobeni community in the Pondoland area of the Eastern Cape who have fought against mining on their land for over 15 years.

Minister of Mineral Resources, Gwede Mantashe, didn’t waste his opportunity at last week’s Mining Indaba to take another swipe at the November 2018 Pretoria High Court ruling which asserted that mining rights can only be granted once host communities have given their full and formal consent to mining.

He said during his address to delegates that “it must be emphasised that the licensing function should remain with the State, as required by legislation, and not be assigned to communities”.

His assertion directly contradicts the growing standard in international law of Free, Prior and Informed Consent as articulated in the United Nations Declaration on the Rights of Indigenous Peoples and, in 2016, by the World Bank’s Environmental and Social Standards.

Mantashe’s comment is yet another illustration of the government’s apparent intention to ride roughshod over the wishes of the vast majority of the Xolobeni community in the Pondoland area of the Eastern Cape who have fought against mining on their land for over 15 years.

It comes on the back of his assertion in mid-January that an “independent survey” would take place in Xolobeni to ascertain if the community wants the mine or not. There is no legal precedent for such a survey, and serious concerns exist as to how such a survey will be managed, and how its “independence” will be assured. This aside, Mantashe states that once the survey results are known “a firm decision” about the proposed mine will be made.

The question that needs to be asked is, why is the government so determined to ensure that a small Australian mining company, Mineral Commodities (MRC), is able to mine the sands of Xolobeni? On the face of it, there seem to be a couple of simple answers to this question.

But do these explanations suffice? Do they adequately explain what it is about the decision of the Xolobeni community to reject mining on their land that has so enraged the government? The history can offer a powerful alternative explanation, because this is not the first time that the people of Pondoland have rejected outside interference in their affairs.

While the Pondoland Revolt of the late 1950s into the early 1960s may not feature strongly in the historical imagination in the same way as contemporaneous events like the Sharpeville massacre, there are remarkable similarities between what prompted it and what is prompting resistance in Xolobeni now.

Research undertaken via oral testimony from those involved and from within the archives indicates that the revolt was triggered by the external imposition of rules which restricted residents’ access to their own land. So-called “Betterment Programmes”, allegedly designed to rehabilitate land, were introduced by apartheid-era Bantu Authorities and restricted grazing to certain areas, introducing plantations in others. Evidence shows that local people rejected these plans on the basis that they had not been consulted, and more significantly, that they undermined traditional livelihoods. These concerns mirror exactly the position adopted by the majority of residents in Xolobeni. The similarities do not end there though.

The role of the dominant chief in the area is also revealing. During the Pondoland Revolt, Chief Botha Sigcau was seen by local people as a sell-out. He had accepted the imposition of Bantu Authorities, and with it a substantial rise in wages, and was considered to be serving the interests of the government rather than those of the people. Xolobeni residents claim that Chief Baleni now acts solely in the interests of the MRC after the company gave him a new 4×4, allegedly to assist him in carrying out his duties. Just like Sigcau, residents accuse Baleni of being a sell-out.

The role of local government is also interesting. In the 1950s and 1960s Bantu Authorities pushed through schemes from central government with little or no concern for local residents. Evidence from present-day Xolobeni indicates that Mbizana Local Municipality has been forcefully pushing the mining from the very start, regardless of the wishes of the majority of people who live in Xolobeni.

Comparisons can also be drawn regarding the role of the police. The Commission on Enquiry established to investigate the Revolt in Pondoland (the Van Heerden Commission) found that the police had used “unjust” and “reckless” force in crushing the revolt. Throughout their struggle against the MRC and the government, residents of Xolobeni have repeatedly complained about police intimidation and instances of excessive force being used against them, accusations supported, incidentally, by Amnesty International.

Members of the Amadiba Crisis Committee (ACC) which opposes the mine have also reported police indifference to the death threats they have received. In addition, the police investigation into the murder of previous ACC Chairperson, Sikhosiphi Bazooka Radebe, has made absolutely no progress in nearly three years. Attorneys acting for Radebe’s family have stated that the investigation is being “blocked’”.

The Pondoland Revolt is not the only example from the area that speaks directly to what is happening in Xolobeni today. In the mid-1980s trouble flared in parts of Pondoland when sugar farming was imposed on communities without consultation. Many community members resisted sugar farming because they viewed it as a threat to their land holdings and existing livelihoods. Similar scenes of resistance repeated themselves in the late 1990s during the so-called Gum Tree Rebellion when a government-backed scheme offered residents cash payments if they planted Gum trees for SAPPI. Many residents rejected the project, once again on the basis that it threatened existing livelihoods which they wished to preserve.

What all this tells us is that there have been repeated attempts by state and private interests to impose particular forms of “development” on the peoples of Pondoland. In all of these attempts, there seems to be a fundamental inability of outsiders to understand that not everyone wants the kinds of “development” on offer. The ANC government seems determined to brush aside resistance in Xolobeni (no doubt as an example to other communities who dare to want to control their own destinies) because it asks fundamental questions about the developmental trajectory that the ANC promotes.

In September 2018 Mantashe stated that “the area needs development”. But what kind of “development” is he talking about? Is there only one legitimate type of development? Is the kind of economically determinist development espoused by the ANC involving the ever-increasing extraction of raw materials to feed ongoing cycles of material production, consumption and waste, the only kind of development worth pursuing?

The residents of Xolobeni have made it perfectly clear what they want. They want to be able to continue to develop their land and lives as they wish. They want to continue to use their unpolluted grasslands for pasture, grow their naturally organic food from their kitchen gardens and preserve the health of the rivers they drink from. For them, the word “development” has an entirely different meaning, and who are we to decide if they are right or wrong?

In an age of climate crisis where the fiction of unending economically determinist development is spectacularly unravelling, we should be listening very carefully to what the people of Xolobeni are saying. They, and others throughout the world who are resisting similar forms of what political economist Samir Amin called “maldevelopment”, just might be telling us some of the things we need to do to survive as a species. DM

Dr Neil Overy is an Environmental Researcher, Writer and Photographer.