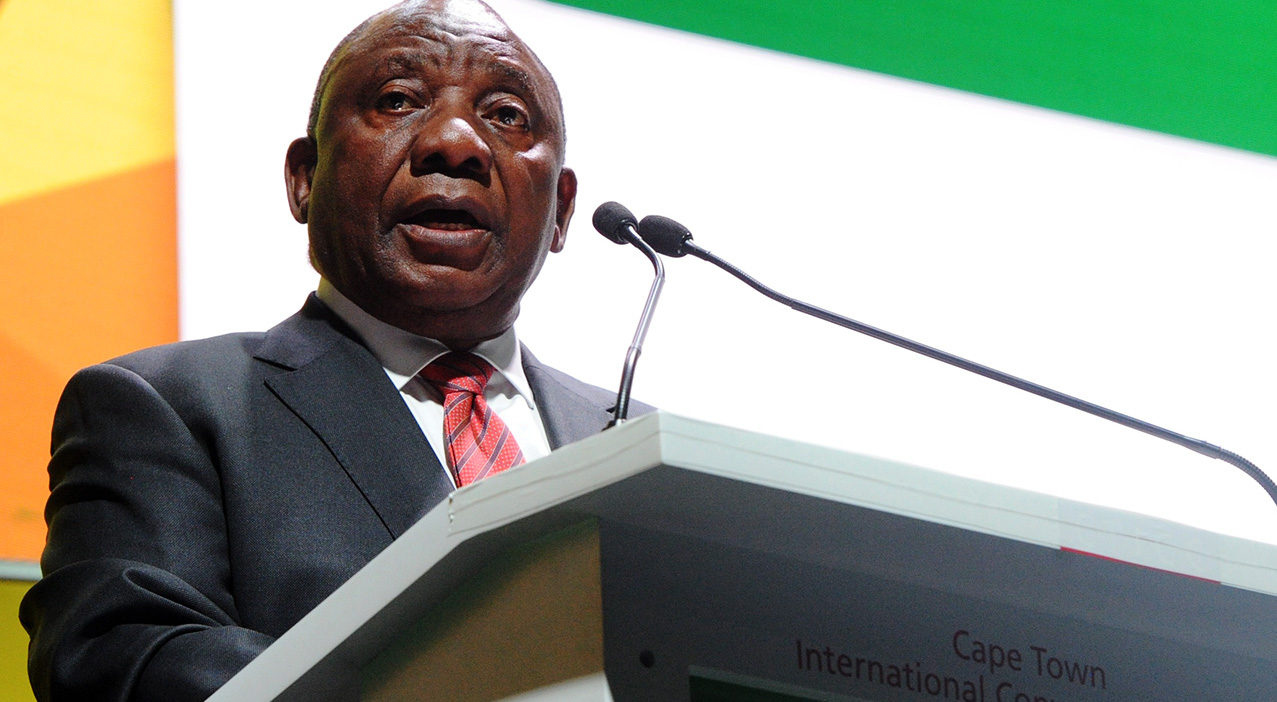 The president promised to unveil a package of measures to save Eskom to help the mining industry — and issued what delegates termed his ‘Ten Commandments’ for the mining sector.

Corrupt officials will end up “in orange overalls”, President Cyril Ramaphosa has promised investors concerned that all his current commissions of inquiry into graft will come to nothing.

Ramaphosa told the 2019 Mining Indaba in Cape Town that “clearly there will be prosecutions and some people will end up in jail and go and wear orange overalls”.

He said that some people were growing impatient with him for not taking decisive action against all the corrupt officials who are constantly being exposed in the commissions of inquiry into state capture, the National Prosecuting Authority, the Public Investment Corporation, SARS and so on.

“I say ‘all in good time,’” Ramaphosa responded, adding that South Africa had institutions that had to be respected. Some had been weakened over the last few years and so had to be strengthened.

“We want our institutions to operate without fear or favour or they will not work.”

But Ramaphosa insisted that there would be a time when the commissions of inquiry would finish their work and come up with findings and make recommendations. People might feel uncomfortable about these but they would be acted upon. He recalled how the Nugent Commission had recommended that the employment of Tax Commissioner Tom Moyane should be terminated and this had been done.

“This is quite a cathartic moment for the nation. It’s like looking into a mirror and saying, ‘I thought I was quite handsome but I ain’t handsome.’ What do I need – plastic surgery? I can give you the clear assurance we will act on their recommendations. The criminal justice system will go into action.”

Ramaphosa received loud applause when he promised that some people would end up in jail wearing orange overalls.

The president told the many mining companies, investors and representatives of related businesses at the Mining Indaba that mining was often referred to as a sunset industry in South Africa.

But the fact that three of the US$20-billion worth of investment projects announced at his major investment conference in October 2018 were in mining gave credence to his view that “mining in South Africa is a sunrise industry”.

“We expect that they will make a valuable contribution to accelerated economic growth and greater job creation,” he said.

“We will not be able to meaningfully reduce unemployment and poverty without increased investment in critical areas of our economy – especially the productive sectors, of which mining is a vital part.

Because the government regarded mining as a key player in the future growth and development of the economy, with huge potential for exploration, production and beneficiation, it had prioritised the restoration of policy and regulatory environment that is stable and predictable.

“Significant work has been done to remove the uncertainty that held back the development of the industry,” Ramaphosa said, adding that mining had emerged from a period of strained relations “where the courts became the main platform of engagement between the industry and government”.

Now mining companies and the government were talking to each other instead of in their boardrooms and in the offices of Mining Minister Gwede Mantashe, he said.

A new Mining Charter had been introduced in September 2018 to address the concerns of mining companies and the government was also addressing the concerns of investors about high administered prices for ports, rail and electricity, as well as infrastructure bottlenecks.

Roger Baxter, CEO of the Minerals Council, which represents about 90% of South African mining companies, had on Monday said one of the main concerns mining companies had was with the faltering energy parastatal Eskom. Ramaphosa said the government had been giving detailed attention to the Eskom crisis to address mining companies’ concerns about the security and affordability of energy supply.

“Eskom’s contribution to the health of our economy is too great for it to be allowed to fail. It is too important and is too big to fail. And we will not allow it to fail. In the coming days, we will be announcing a package of measures to stabilise and improve Eskom’s financial, operational and structural position and to ensure the security of energy supply for the country.”

Ramaphosa said investors had also “understandably” raised concerns about the ANC’s proposal for the expropriation of property without compensation. He assured them that the government’s approach would “ enhance, rather than undermine, property rights”.

“Investors need not fear that their investments and assets will be taken away from them.”

He praised mining companies with surplus land who had told the government they were willing to give away their land for housing to local government or for farming to various communities.

He challenged mining companies more generally to contribute more to the development of the places where they mined and across society to create greater social value.

Ramaphosa spelt out 10 “Value Creating Principles for a more modern, successful and productive mining industry” which were quickly dubbed by some indaba delegates as “The Ten Commandments”.

These included the need for mining companies to partner with local governments to improve infrastructure in the areas where they operate, to invest more in the living conditions of, and in upgrading the skills of, their workers, and to beneficiate – add value to – the minerals they extracted.

Ghanaian President Nana Akufo-Addo, the other African leader attending the Mining Indaba, agreed with Ramaphosa that mining companies should add value to the minerals they extracted to help grow African economies.

“That will not happen if Africa continues to be the place where people come and dig for minerals which are exported in their raw condition to be processed outside. We cannot and should not continue to be merely exporters of raw materials to other countries.

“The value chain of mineral extraction has great potential for job creation and can form an essential basis for the transformation of economies around the continent.” DM