Students shut down KwaZulu-Natal campuses because of funding delays 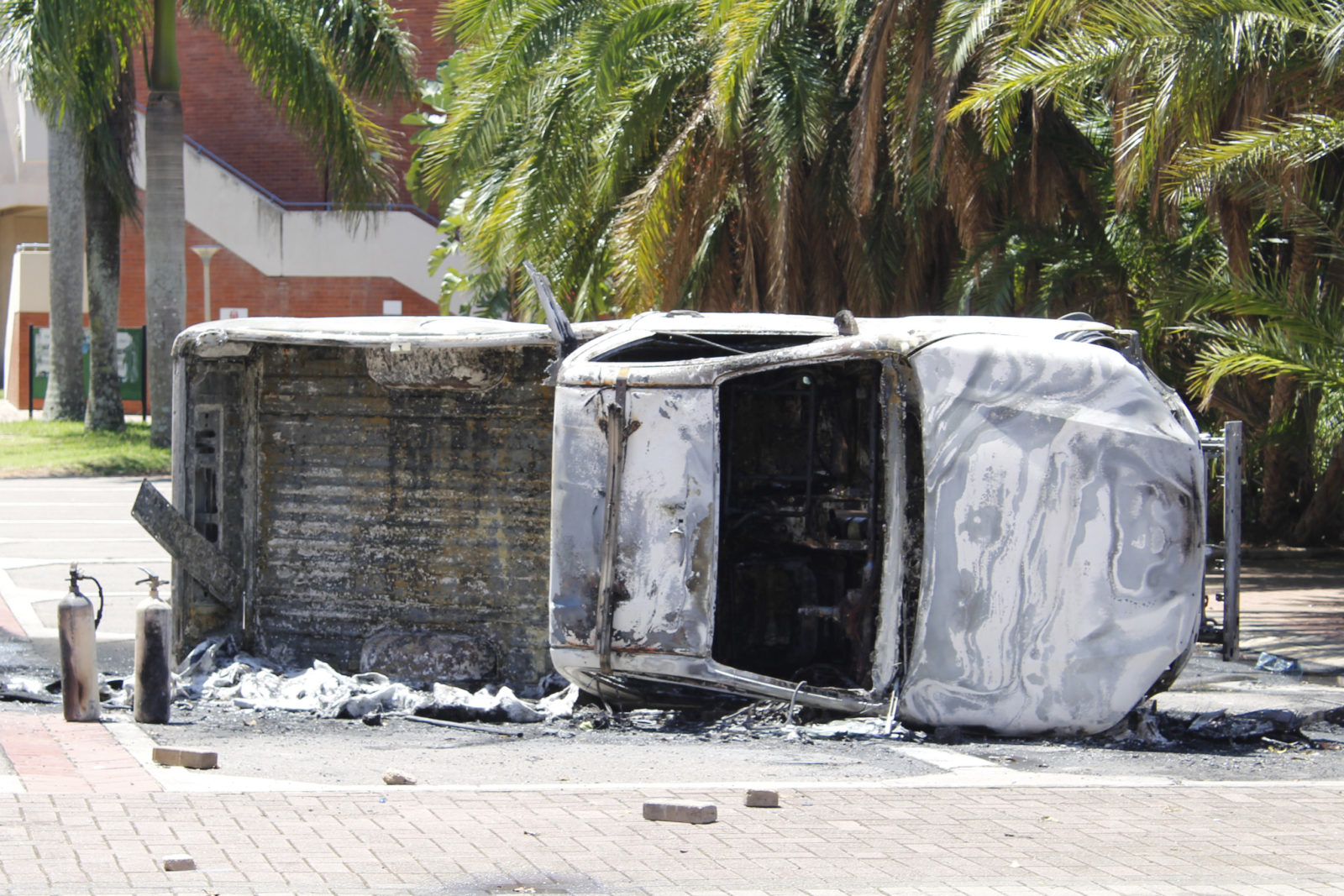 Students protested in Durban and Pietermaritzburg on Monday against payment delays by the National Student Financial Aid Scheme. Students say this has left them unable to pay fees and unable to register. Many are without accommodation. Nomfundo Xolo andNompendulo Ngubanefor GroundUp

Early on Monday, 4 February, protesters torched a car and stoned cafeteria windows as well as the main hall at UKZN’s Westville campus. By the afternoon there was a heavy police and campus security presence at MUT and UKZN (Westville and Howard campuses).

SRC member Wiseman Mdakane said that negotiations with the university’s management had been futile and the shutdown would continue until all students were able to register and be accommodated.

“We demand the institutions — MUT, DUT and UKZN — allow students who cannot afford to register the opportunity to do so. We also want the university here in Westville to build at least five more residences on campus to help accommodate the students, new and returning, who are currently homeless,” said Mdakane.

“My aunt lives in a shack nearby with her five children and is currently offering me a place to stay while I register to study for Electrical Engineering… I have no funding for accommodation or to study. We were promised free education yet we are still asked to pay.”

“I was not even protesting, but they decided to shoot me,” said Nomzamo Mhlongo, a third-year student from Msinga who was hit on her right leg. Mhlongo said she was getting out of a taxi when security guards shot her.

“I knew there was a protest and I was not part of it. I had come to the campus to register. I saw students running and they were being shot at. Students are aware that there is a protest, but not all of us are protesting. I did not run when they shot me. The only option was for me to stand on the side of the road and watch. They continued shooting until the crowd had dispersed,” said Mhlongo.

Unisa SRC member Sphe Ndaba said that the SRC had a list of 600 students in a predicament over funding. Registration had been extended from 25 January to 31 January, but students had still not received their funds.

“They blockaded the road with burning tyres,” she said. However, she said there was no damage and no cases had been opened.

DUT spokesperson Noxolo Memela said a management meeting on Monday afternoon would address the day’s events. The institution will comment then.