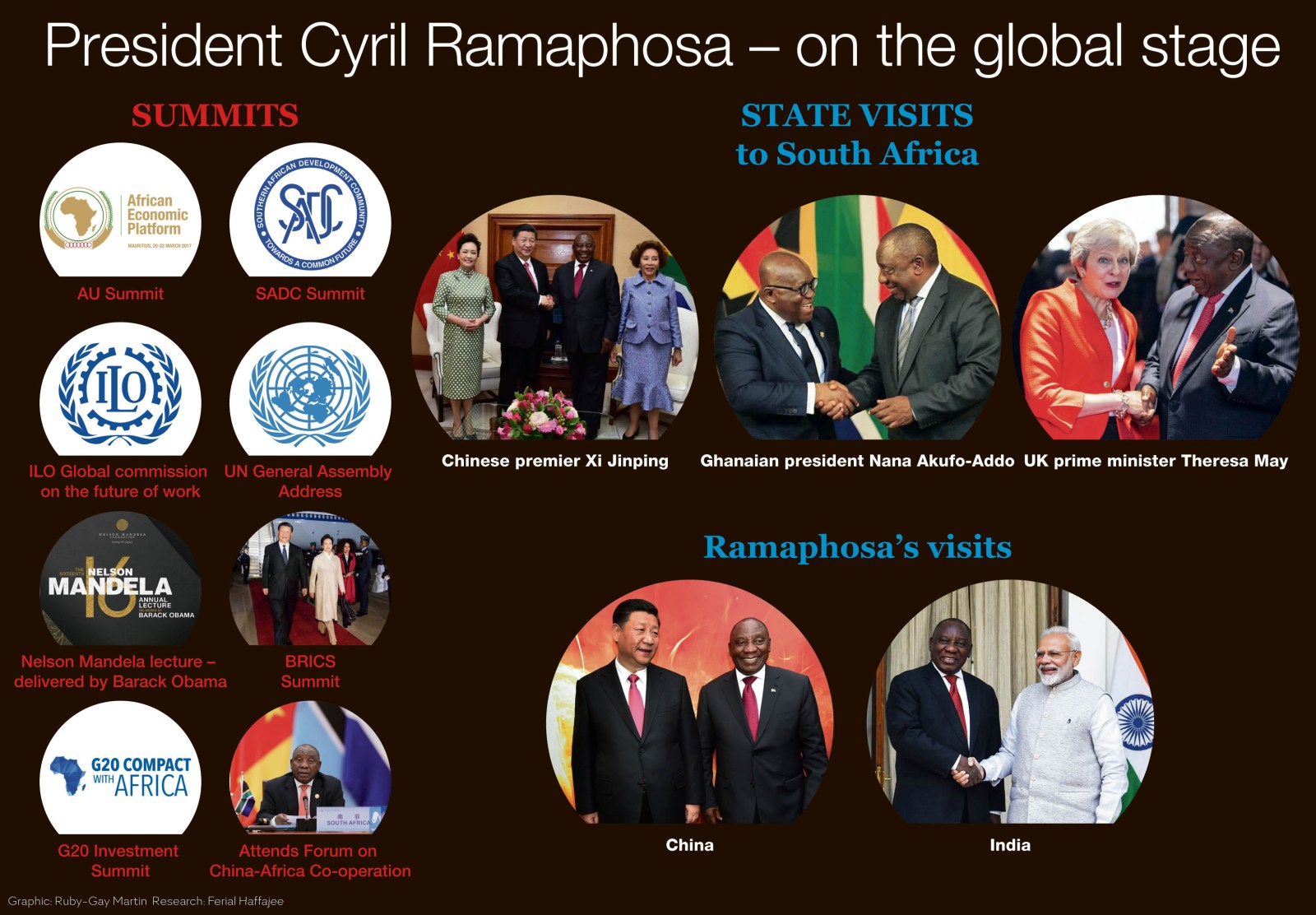 President Cyril Ramaphosa’s presidency has taken a tough stance on five leading Western nations which went public with their political and economic concerns about South Africa, instead of using diplomatic protocol.

By late Sunday, the minister of International Relations and Co-operation, Lindiwe Sisulu, had instructed her department to issue a démarche against the ambassadors of Germany, Switzerland, the Netherlands, the United States and the United Kingdom after their letter to Ramaphosa was splashed across the Sunday Times front page.

The démarche is likely to strengthen China’s influence in South Africa after a year in which Ramaphosa had attempted to balance the geopolitical axis between East and West. Under former President Jacob Zuma, South Africa thumbed its nose at the West and adopted a far closer relationship with both China and Russia, and also with India.

As he tried to hang on to power exactly a year ago this week, one of the reasons then president Jacob Zuma asserted was that he needed to introduce his successor President Cyril Ramaphosa on to the global stage.

Most notably, Zuma said he needed to usher Ramaphosa into the new group of nations – the powerful BRICS conurbation of Brazil, Russia, India, China and South Africa. He wanted to stay until July 2018 when South Africa hosted the BRICS Summit.

The governing ANC did not accede to his wish and Ramaphosa has gone on to sculpt an outward-looking presidency. Most notably, Ramaphosa has firmed South Africa’s relationship with China: in 2018, Ramaphosa paid a state visit to China and hosted Chinese premier Xi Jinping in South Africa.

Ever-pragmatic China regards South Africa as a strategic partner in Africa and it has included the country in its Belt and Road Initiative, the infrastructure drive to reconstruct the Silk Road trade route for the 21st century. The superpower has quickly turned its attention from Zuma to Ramaphosa.

At the same time, Ramaphosa tilted South Africa’s axis back to the West, working hard to reinvest in relationships with the UK and with the European Union. British Prime Minister Theresa May was an early visitor to South Africa. But that policy of balanced global relationships hit the skids on Sunday when Ramaphosa’s international relations minister Sisulu issued the démarche, a serious step in diplomatic relationships.

She said that she was “disappointed” at the five ambassadors’ action.

“In terms of acceptable diplomatic practice, protocol and convention, diplomatic missions are expected to communicate through Dirco.

“The government is intensifying its efforts to deepen and expand economic relations with a number of countries around the world and is pleased with the enthusiastic response its efforts have yielded thus far. All matters that have been raised by investors are being addressed by the respective clusters of our government. We are satisfied that all the branches of our democratic state, including state agencies, are vigorously pursuing their respective mandates to address our current challenges,” said Sisulu.

The Sunday Times reported that the governments of Germany, the United Kingdom, the United States, the Netherlands and Switzerland said Ramaphosa had to turn words into action on corruption. In addition, the embassies outlined a number of political factors that militated against the President’s aim to attract R1.2-trillion in inward investment into South Africa. These included constantly shifting policy on black empowerment and mining, in particular.

While US President Donald Trump has not yet appointed an ambassador to South Africa, the fact that former US president Barack Obama delivered the annual Nelson Mandela Lecture in Johannesburg in July 2018 opened up soft power relationships with the US which struggled in the administration of Zuma.

While Zuma and Russian president Vladimir Putin had a bromance, the relationship with Ramaphosa has suffered. At the BRICS Summit in 2018, Putin was visibly miffed: he arrived late and left early. This is because China was clearly the star of the BRICS Summit while the new government in South Africa put the kibosh on the nuclear deal. Rosatom, the Russian nuclear agency, was courted by Zuma and his government for years and he tried hard to ram through the fiscus-breaking deal without success.

Ramaphosa addressed the United Nations General Assembly in 2018 and also co-chaired the International Labour Organisation’s Future of Work commission to consider the impact of automation on the world of work and of employment. DM

This is part one of a three-part series on Cyril Ramaphosa’s first year as President.