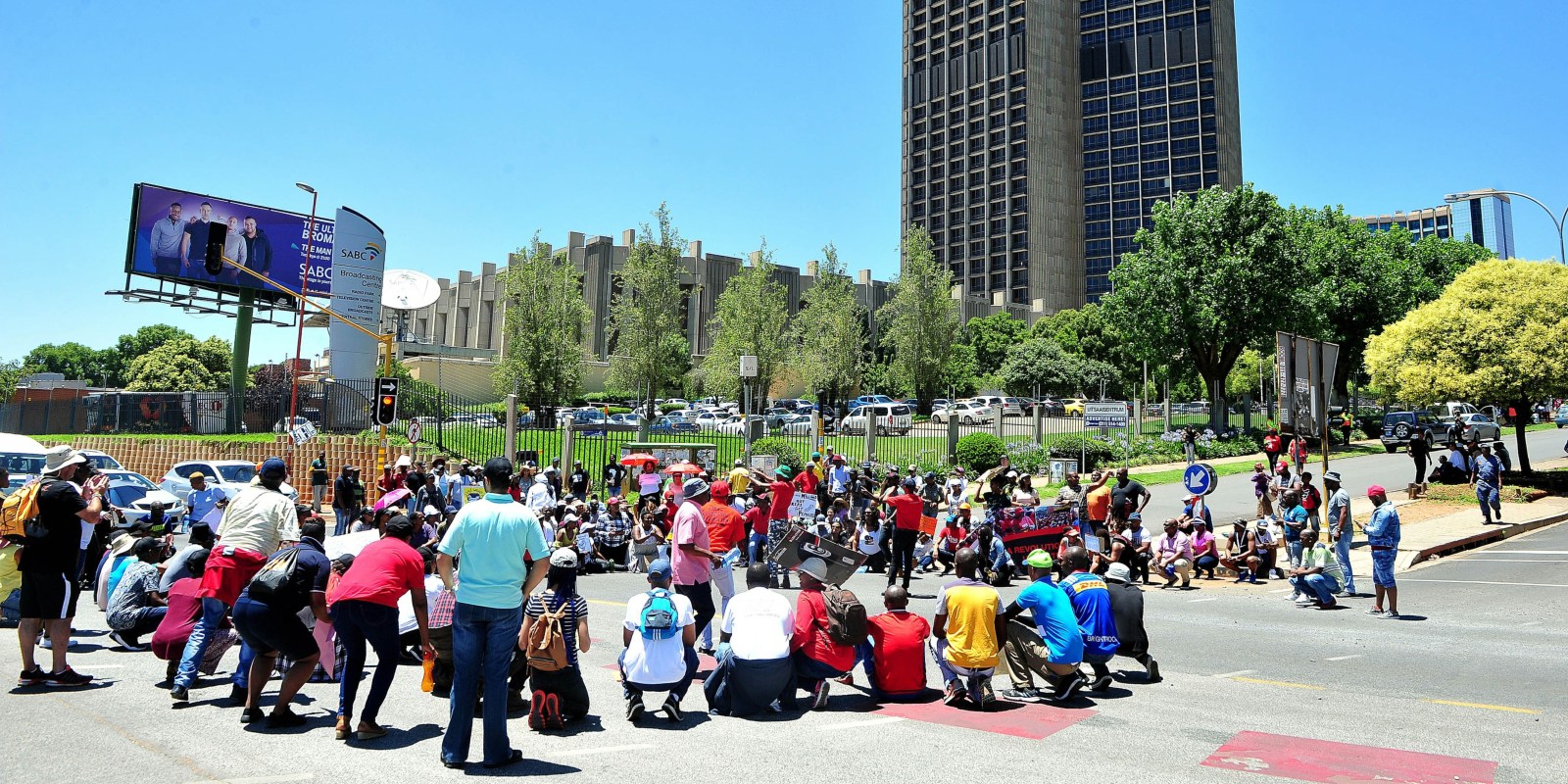 A delay in receiving their salaries on Tuesday left some SABC staffers convinced that the end was nigh. Wages eventually came through, a few hours late, but the panic caused by an apparent bank glitch is a telling indication of where the SABC is at. Interviews for new SABC board members, meanwhile, have yet to be scheduled.

When salaries had not been paid into the bank accounts of SABC staffers by 29 January, panic spread that the broadcaster’s “Day Zero” had arrived.

It was in this spirit of fear that some employees approached other media outlets to spread the news that they had not been paid, while the SABC’s own presenters raised the issue as a talking point on morning radio and TV stations.

To the staff, the idea that the state broadcaster might simply have run out of money to pay salaries was hardly far-fetched. In November 2018, SABC board members told Parliament that the broadcaster would probably struggle to pay full salaries by the end of February 2019.

For those outside the SABC, meanwhile, Tuesday morning’s rumours that the SABC could no longer pay its staff also seemed plausible.

“We have known for a long time that the SABC’s ‘Day Zero’ was approaching, so it did not seem surprising that they would be facing issues with salaries already,” the DA’s Phumzile van Damme told Daily Maverick.

Yet in this case, it appears that a “technical glitch” from a bank really was behind the problem — with salaries paid into staff bank accounts shortly before noon on Tuesday.

One SABC employee told Daily Maverick that it took an internal memo distributed to staff, as well as proof of salary payment via text message, before SABC workers could finally breathe a “massive sigh of relief”.

Payroll issues are something that most businesses experience from time to time. In the case of the SABC, however, incidents like Tuesday’s are weighted with much more stress and fear than they would carry elsewhere.

“An emotional rollercoaster”, is how one staffer summed up the present working atmosphere within the SABC.

This week alone saw the SABC fined R31.8-million by the Competition Commission for colluding with Primedia and Ster Kinekor to manipulate media advertising prices, while it is also understood that SABC News political editor Dumisani Hlophe is on his way out, a mere four months after being appointed. Ukhozi FM station manager and acting SABC provincial general manager in KwaZulu-Natal, Bonga Mpanza, has also resigned.

The Competition Commission should be prepared to wait for some time to collect its fine. As of August 2018, the SABC owed its creditors close to R700-million and rising. It emerged in January that the broadcaster has stopped paying royalties for the music it uses on air and has been unable to meet its financial commitments to numerous small production companies which provide its content.

The reported axing of the SABC News political editor, meanwhile, means that one of the broadcaster’s most significant posts in an election year will soon be vacant.

But the DA won’t be shedding any tears for Hlophe.

“We felt he was a bad appointment,” says Van Damme.

“[Hlophe’s] background was as an analyst, not a journalist, and as a political editor you need to know how to work on the floor of the newsroom.”

Vacancies at the level of the SABC board have also yet to be filled, after the resignation of four board members in December — a walk-out which precipitated “the worst crisis faced by the SABC in its democratic history”, to quote a statement from the SOS Coalition and Media Monitoring Africa.

It is the job of Parliament’s portfolio committee on communications to fill the SABC board spots. Despite undertaking to begin this process in early January 2019, there is still no indication from the committee as to when it will begin.

“The SABC cannot comment on the appointment of board members since this is a Parliamentary process,” SABC spokesperson Neo Momodu told Daily Maverick.

The DA’s fear is that the ANC will use the shortness of the parliamentary term until elections as a justification for appointing only an interim SABC board for now.

“The process of appointing an interim board is not as rigorous, so the ANC could stack it with people in their favour,” says Van Damme.

“We need a permanent, full board with the best minds to find creative solutions to the SABC’s crisis.”

For now, the state broadcaster remains in limbo.

Plans to retrench about 1,000 staff and 1,200 freelancers to cut costs have been suspended for the time being — but there has been no public indication as to how the SABC will right its financial situation without major restructuring.

It was reported last week that the SABC had “worked out a payment plan” with its creditors, but no details are available as to how this will be achieved.

“The dire financial position of the SABC, which is a matter of public record, has not changed,” Momodu said in response to Daily Maverick’s queries about its liquidity situation.

While Tuesday’s salary payment scare may have been most anxiety-inducing for SABC staffers, the DA’s Van Damme says the loss of the state broadcaster would harm South African society more widely.

She points out that the SABC has to fill conditions which private broadcasters do not, when it comes to covering events of national importance, educating the public, and providing content in all of South Africa’s official languages.

Among some SABC employees, meanwhile, calls for a government bailout are growing.

“If they will save SAA, why can’t they save SABC?” one asked. DM