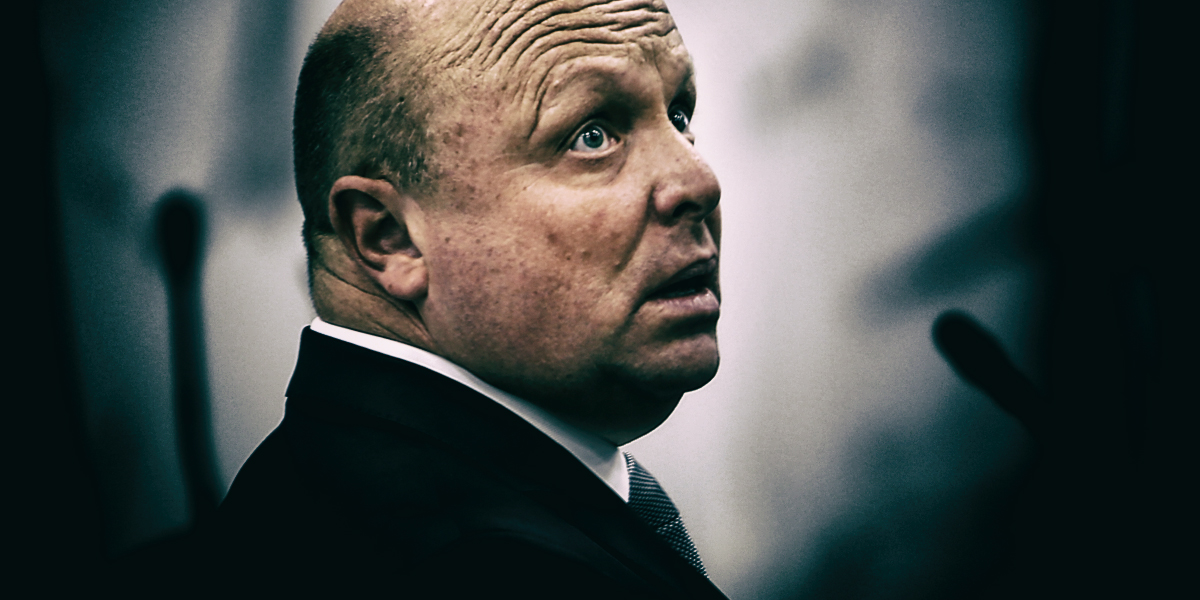 Former Bosasa Chief Financial Officer (CFO) testifies Andries van Tonder at the commission of inquiry into state capture on January 29, 2019 in Johannesburg, South Africa. Van Tonder, who took to the witness stand for the first time at the inquiry, confirmed to the inquiry that he's the one who took a video of Watson counting cash in a walk-in vault that was apparently used as bribe money. (Photo by Gallo Images / Sowetan / Alon Skuy)

Andries van Tonder, the former Bosasa executive who is among those implicated in the Special Investigating Unit report in allegations of fraud, corruption, money laundering and racketeering against the company, has thus far provided important backing for some of the earlier testimony of Angelo Agrizzi, who concluded the first round of his testimony on Tuesday.

Andries van Tonder, the former Bosasa executive who secretly filmed the goings-on inside a walk-in vault where the company’s CEO, Gavin Watson, was seen counting and packing piles of cash, has started testifying at the State Capture inquiry.

He confirmed that he had filmed the cellphone video in March 2017 by putting his phone on top of an eraser in his shirt pocket so the camera could be elevated just above his pocket. The video was played before Commission chairman, deputy chief justice Raymond Zondo, at the start of Agrizzi’s testimony.

Van Tonder then provided extensive details of two instances during which he accompanied Agrizzi to gather highly incriminating records, once by scouring staff offices and drawers on a Sunday and on another occasion, when they collected computers and records from Blake’s Travel, the company Bosasa had used to book travel and accommodation for VIPs, including civil servants and politicians.

In both cases, he said, they dumped the documents in a hole before burning the lot.

Van Tonder also detailed how they allegedly deceived the South African Revenue Service during investigations relating to losses suffered as a result of a failed prawn breeding operation.

This operation which lost Bosasa around R130-million was subsequently reinvented as an internal supply chain management division.

To pull the wool over the eyes of Sars inspectors, they moved the prawn plant to Krugersdorp, but only long enough for a site inspection to have been carried out by the Revenue Service to validate it.

Van Tonder also told the Commission how Bosasa bosses allegedly started stashing millions of rands as part of a war chest to fight legal battles – out of fear that the company’s bank accounts were at risk of being hit by the authorities amid the ongoing investigation.

In addition, Van Tonder said he was party to a plan and arrangements to disguise payments of 7,000USD a month for former Bosasa consultant, Danny Mansell, once he emigrated to the United States.

He said he and Agrizzi had lied in paperwork to help Mansell obtain immigration papers for his stay in the United States.

Bosasa paid Mansell 7,000USD a month, ostensibly as a consultant, though Van Tonder said Mansell never did any work for Bosasa once he left South Africa.

He said he believed the payments were made to silence Mansell, who had been extremely rattled by the ongoing investigation into the company’s affairs by the SIU.

“Gavin Watson said Mansell was emigrating to the US in January 2013 and told me to accompany Mansell to the US in order to make sure ‘he doesn’t turn back’,” said Van Tonder.

Asked what this meant, Van Tonder said: “He must go to America and stay there.”

Asked why Mansell would have needed to be kept out of the country, Van Tonder said this was because Mansell was allegedly “very much involved” with Bosasa’s unlawful dealings with the Department of Correctional Services.

Once in the US, Mansell invoiced Bosasa though a private company and received 7,000USD a month – this carried on until 2016 when Van Tonder left the company.

This cash, he testified, would be recorded in Bosasa’s books as a company expense to deceive the Revenue Service.

He handed the Commission a document, written on a Bosasa letterhead, stating that Mansell was “an Operations Manager” for the company, earning a salary of 45,000USD a year while working on introducing the company’s high-tech fencing to the US market.

And, in further support of Agrizzi’s testimony, Van Tonder detailed how he was personally involved in fake chicken orders that helped them to generate cash for bribes from a supplier, Equal Trade.

Invoices for inflated orders for non-VAT items would be instantly paid to Equal Trade Bosasa (Van Tonder himself) would then collect the money in cash from Equal Trade, save for a 12% commission.

Van Tonder illustrated how Equal Trade would check with him, via WhatsApp, how much “chicken” the company needed. This was essentially code for the amount of cash required and ranged in quantities of up to 1.550 “tons of chicken”, which essentially meant Bosasa needed R1.550-million.

“This was a weekly occurrence,” Van Tonder said. “It was never chicken deliveries. It was merely a code name for the cash. One ton represented R1m,” he said.

“I would collect the cash, delivered at a shopping centre close to Lanseria Airport. I would take it back to Bosasa head office, lock it in a safe in a walk-in vault in the office of the Company Secretary.”

He said the bribe cash was also used to silence staff, like himself, who had become complicit in the corrupt system.

Over and above his salary, he received R20,000 a month, tax-free, which would sometimes be handed to him directly by Watson, he said.

Such payments go way back, to around 2005, although the “bonus” had increased over the years.

Van Tonder told the Commission that he left Bosasa because he couldn’t take it anymore.

“I was fearful of Gavin Watson and am still fearful of him. He is connected to very powerful people, right up to the highest level in government. Many of them have visited Bosasa,” he testified.