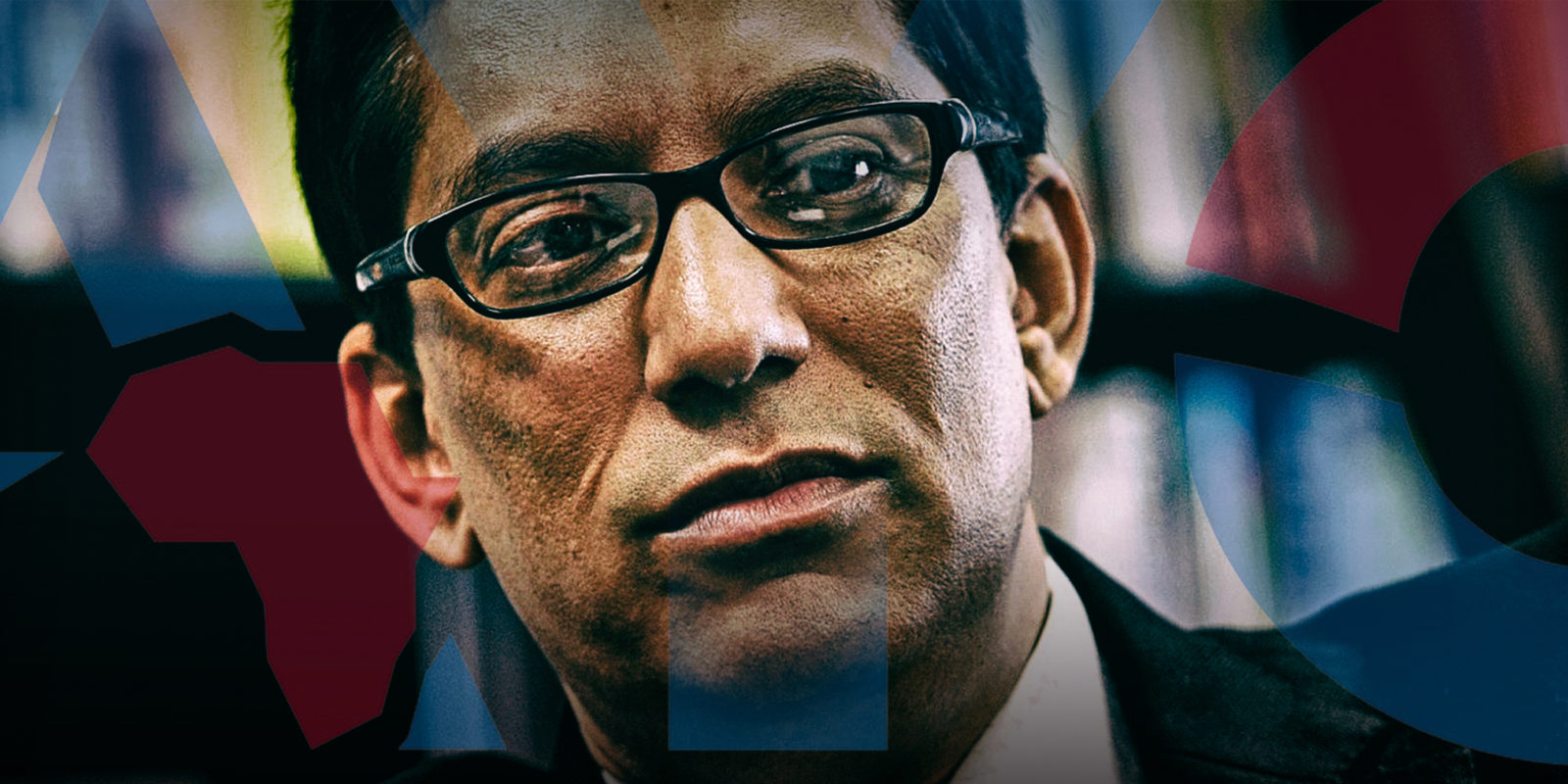 The PIC commission of inquiry has already cast doubt on the decision to put pensions money at the disposal of Iqbal Survé’s Sekunjalo group. And it’s only just begun.

Iqbal Survé is in trouble.

The commission of inquiry into affairs at the Public Investment Corporation (PIC) has driven a spike through the heart of the PIC’s controversial R4.3-billion investment into Ayo Technology Solutions, the IT group in which Survé holds a large indirect stake.

The PIC’s head of internal audit, Lufuno Nemagovhani, only gave limited evidence last week because both he and the commission’s investigators are still probing the Ayo deal.

But what he did say underlined the accuracy of amaBhungane’s previous reporting (here and here), confirming that the Ayo deal involved “blatant flouting of governance and approval processes of the PIC”.

The PIC previously asserted that its portfolio management committee had met on 20 December 2017 and approved a proposal to take up 100% of a private offering of Ayo shares ahead of Ayo listing on the Johannesburg Stock Exchange.

Ayo listed the next day, 21 December.

The decision to invest was controversial because the price paid by the PIC was R43 per share, whereas the value of the company by one measure (net asset value) was only 15 cents per share.

Nemagovhani’s testimony at the commission suggests that the PIC meeting was a stitch-up because the decision had already been taken. He said that an “irrevocable agreement” committing the PIC to take up the entire private placement at a cost of R4.3-billion was signed on 14 December 2017 and confirmed with the listing agent – all prior to the committee meeting that was supposed to make the investment decision.

Nemagovhani did not disclose who had signed the undertaking, but amaBhungane understands it was the then PIC chief executive, Dr Dan Matjila.

At the commission Nemagovhani did disclose that Matjila had already signed documentation to approve payment for the shares on 19 December, though the cash was only transmitted after the meeting of 20 December.

The PIC told amaBhungane: “The Public Investment Corporation (PIC)’s investment in Ayo Technologies (Pty) Ltd is a subject of investigation by the Commission of Inquiry… and a PIC internal investigation. For this reason, the PIC is cautious not to discuss details relating to this transaction and others that the Commission will be looking into.”

Ayo did not respond to questions.

Matjila told us: “You would appreciate that by now Judge President Lex Mpati is conducting an inquiry on this and other matters. I have committed to make the submission on the inquiry on the matters you are raising. It will be improper for me to communicate such a submission to the media, whilst I am due to appear in an appropriate forum.”

Survé did not respond to questions sent to his private secretary.

Earlier leaks suggested the decision to invest in Ayo was so rushed that the PIC struggled to come up with the money and had to dump other shares in a thin December market to raise cash.

Nemagovhani’s evidence supports early allegations from inside the PIC that Matjila was “desperate to have the transaction done” and used his position to achieve a preordained outcome.

It is also now clear why both the PIC and Ayo refused to answer our questions in April and May 2018 about exactly when the irrevocable undertaking was given.

Suspicions of an attempted cover-up were boosted when Nemagovhani revealed that the PIC’s own internal audit division had also formally flagged the irregularities in reports to Matjila and the board audit and investment committees as early as May 2018.

But nothing was done until a more detailed investigation was ordered by the PIC board chair, Deputy Finance Minister Mondli Gungubele, in December 2018.

That intervention resulted in Nemagovhani delivering a 94-page preliminary investigation report to the board on 21 January 2019.

That same day the board suspended the executive head of listed investments, Fidelis Madavo, and the assistant portfolio manager, Victor Seanie.

Matjila had already exited as chief executive – in November 2018 – when the board effectively pushed him out.

Matjila and those at the PIC are not the ones whose conduct should be investigated.

What has emerged is that Ayo appears to have purchased some powerful supporters at the expense of the PIC.

One example is Dr Dennis George, the general secretary of the Federation of Unions of South Africa (Fedusa).

George has been one of Matjila’s staunchest supporters, both publicly and behind the scenes.

As recently as last week, following the revelations at the PIC inquiry, George was on the line to The Money Show’s Bruce Whitfield, defending Matjila, criticising the PIC board and praising Ayo, where he has been a non-executive director since 20 August 2018.

George emphasised to Whitfield that he was an “independent” director while proceeding to suggest all was well at Ayo and that people should invest in the company.

What George did not disclose was that Fedusa was one of the unions cut into a pre-listing deal in which they were gifted millions of Ayo shares at a price of R1.50 per share – while the PIC was charged R43 per share.

(Other cut-price beneficiaries included the SA Clothing and Textile Workers Union, the police and prisons union Popcru, the Black Business Council and something called the Social Entrepreneurship Foundation.)

That much was publicly disclosed in the pre-listing statement.

The injection of the PIC’s R4.3-billion immediately raised the net asset value per share to R12.47. (On a R1.50 investment per share, beneficiaries made an immediate gain of nearly R11 per share.)

What was also not disclosed was that George appears to have been cut in personally.

Shareholding records seen by amaBhungane show that a company called Difeme Holdings was part of the pre-listing BEE bonanza and got three million shares at R1.50. George is the sole director of Difeme and is described elsewhere as its “managing director”.

Contacted for comment, George replied: “Your scenario is incorrect or you are incorrectly briefed… Fedusa does not have shares. Difeme is a nominee company…”

We asked him: “Who is the beneficial owner of Difeme? You are listed as the sole director.”

He did not reply.

Contrary to his avowal, the records seen by amaBhungane list Fedusa as having a separate shareholding of just over eight million shares in its own name.

If George is indeed the beneficial owner of Difeme, then he picked up a cool R900,000 when Ayo declared a first dividend of 30 cents per share in November 2018.

The dividend was justified based on Ayo’s revenue increasing from R478-million to R638-million, compared with the prior year.

What Ayo’s statement did not highlight was that the major contributor to that improvement was investment revenue of R226-million from the pile of PIC cash it is sitting on.

Without that free cash, the company’s revenue would have dropped from R478-million to about R412-million.

Back to the PIC

The abuse of the PIC’s decision-making processes disclosed by its internal auditor was not just technical or bureaucratic.

In the case of Ayo, it had a catastrophic impact on the rationale and value of the investment – and the PIC’s attempts to put some security in place to protect its investment.

Ayo was this week trading at less than R22 per share, meaning the PIC’s R43 per share investment is worth half what it was.

The real picture is probably much worse because the share hardly trades and the share price is kept artificially high.

On Monday, open market offers for Ayo stood at just more than R4 per share.

The only groups that have been buying in significant volumes at a much higher price appear to be related parties.

For instance, in December 2018, there were only three large purchase trades.

The largest purchase was by a shelf company called K2011146299, which is associated with Khalid Abdulla.

Abdulla is Survé’s brother-in-law as well as the chief executive of AEEI (the largest shareholder in Ayo).

The only other significant purchases came from Sekunjalo Investment Holdings, which is associated with the Survé family trust, and 3 Laws Capital, which is also an investee of Sekunjalo and of which Survé is a director.

The significance of the artificial way the share has traded since listing gains importance in the light of the belated attempt to protect the value of the PIC’s investment in Ayo.

Internal PIC documents (see the Leaked Ayo Cache) show that there was concern expressed whether the valuation of R43 per share was sustainable.

As a result, on 20 December 2017, the PIC investment committee insisted, as a condition for investing, that an agreement should be put in place to protect the PIC in the case of the share losing value after listing.

However, the intense pressure on the PIC meant that no agreement was even attempted prior to the money being paid out.

Just what a weak bargaining position this left the PIC in is demonstrated by the agreement eventually structured between the PIC and AEEI Corporate Finance in August 2018, long after the listing horse had bolted.

amaBhungane has seen a copy of this agreement but it is not clear to us whether it actually came into force on the terms laid out, or at all.

Neither the PIC nor Ayo were prepared to clarify the position.

But the terms of the agreement underscore the weakness of the PIC’s position:

Although the Ayo share price appears to have stayed below R30 per share since mid-September, the PIC would not disclose whether it ever invoked the penalties contained in the agreement and, if not, why not. DM

The amaBhungane Centre for Investigative Journalism, an independent non-profit, produced this story. Like it? Be an amaB supporter to help it do more.