DRC poll reactions: A sign of better standards — or d... 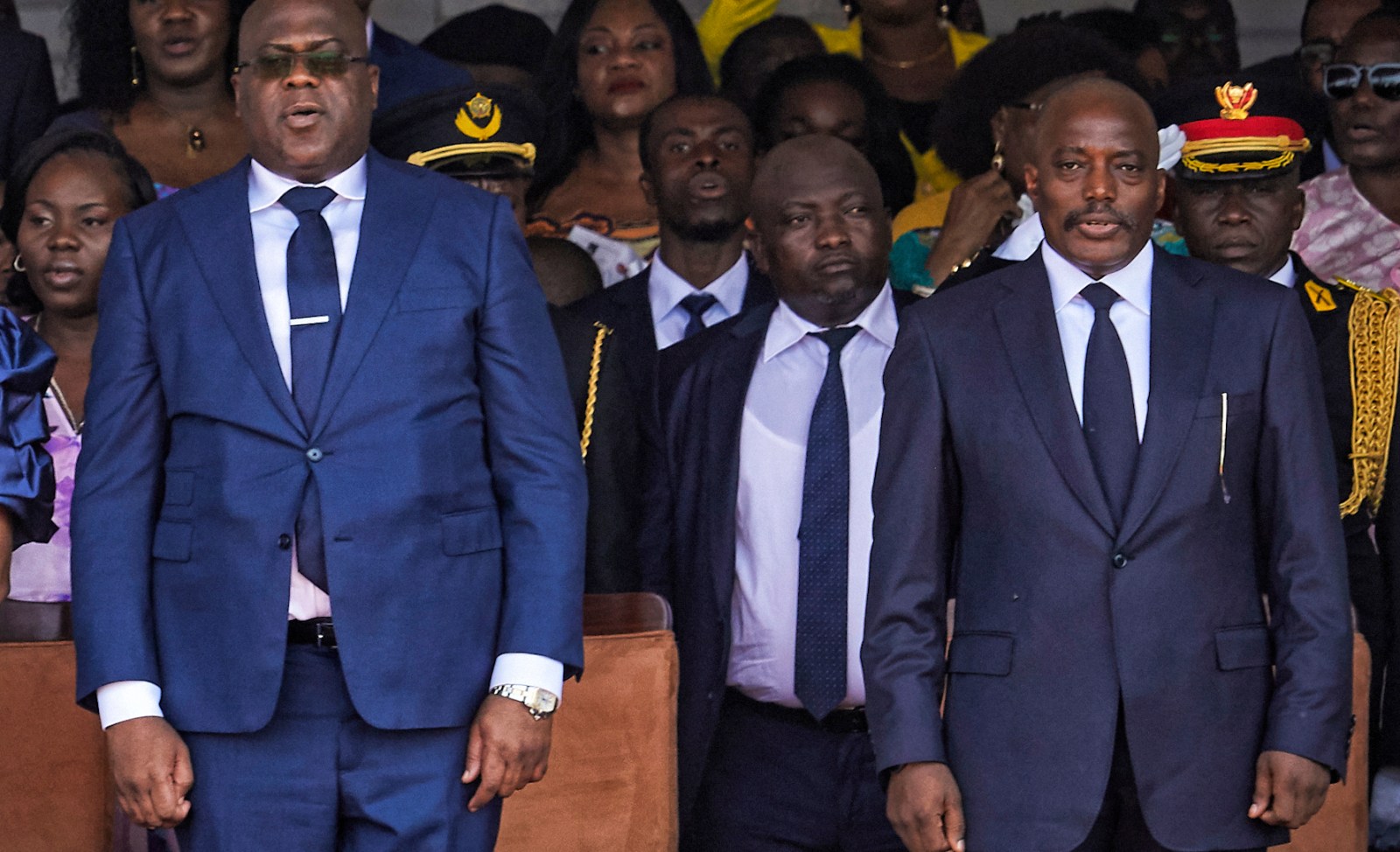 DR Congo's new President Felix Tshisekedi (L) and the outgoing President Joseph Kabila (R) stand together during the inauguration ceremony at the Palais de Nation in Kinshasa, the Democratic Republic of the Congo, 24 January 2019. Tshisekedi, the son of the country's veteran opposition leader, was sworn-in as the country's new President after disputed elections. EPA-EFE/HUGH KINSELLA CUNNINGHAM

Why has Africa suddenly woken up to the issue of fraudulent elections after the Democratic Republic of Congo voting results?

The daily inflation peak in Zimbabwe on 14 November 2008 was 89.7-sextillion percent, the second-most severe in global economic history after post-World War II Hungary. Zimbabwe’s example was the result of economic collapse, caused by a disregard for property rights and the rule of law, and decades of economic mismanagement. In the eight years to 2008, for example, the wealth of Zimbabweans contracted by more than 8% every year.

Now Zimbabwe has lurched back into a hyper-inflationary spiral, with annual inflation rising in January 2019 to 235%.

In both these recent instances, inflation is linked to reckless monetary and fiscal policy. In order to sustain growing deficits which were in turn linked to keeping the party faithful fed, the government in Harare issued “New Zim dollars” from 2013. These take the forms of bond notes and real-time gross settlements (RTGSs), the latter an electronic entry of US dollars against real deposits, which were used by the regime for its own purposes.

These New Zim dollars now make up nearly 80% of the money supply. While issued at supposed parity, these “zollars” or “bollars” trade at a big discount to the US dollar. The market — ordinary Zimbabweans — were not fooled for long.

This explains why when one of us (Tendai) took over as finance minister in the government of national unity in 2009, we were able to stabilise the economy and turn it towards a high-growth phase by adopting the US dollar and instituting an “eat what you kill” budget.

Better politics under the government of national unity highlights what is the core of Zimbabwe’s problem — a fundamentally corrupt political economy. The ruling Zimbabwe African National Union-Patriotic Front (ZANU-PF) party is, in essence, what the Johns Hopkins’ economist Steve Hanke has described as a “criminal syndicate” which “has run Zimbabwe into the ground for over 35 years”.

It has also displayed a stunning tenacity. Despite its incompetence, attempts to remove the government through the polls have been stymied by the regime through a combination of brutality and electoral malfeasance, an authoritarian playbook of gerrymandering, voter roll fraud, media manipulation, intimidation and occasional violence, and vote buying.

Whatever the outside world was willing to accept, however, the result is an illegitimate government which has persisted, for all the rhetoric about Zimbabwe being open for business, with the same old policies as before. And the outcome is sadly predictable. As the late Morgan Tsvangirai put it:

“You can rig an election, but you cannot rig an economy.”

Just six months after Zimbabwe’s disputed 2018 election and in the middle of ongoing violence in Harare, the international reaction to the election in the Democratic Republic of Congo’s presidential election and the controversial election of Felix Tshisekedi over the favourite Martin Fayulu, is thus surprising. This is especially so given its prominent African advocates.

In the wake of the results, Zambia’s leader Edgar Chagwa Lungu early on called, in his capacity as the chairman of the security organ of Southern African Development Community, for the creation of a government of national unity in the Congo, never mind he had ignored demands for external mediation after Zambia’s disputed election of August 2016. Not only was the Zambian leader of the opposition, Haikande Hichilema, detained shortly thereafter without trial for 100 days, but many opposition activists remain imprisoned.

The African Union, for its part, led by Paul Kagame, who has not held a free election in 25 years in Rwanda, then asked for a suspension of the proclamation of the Congolese presidential election results, citing “serious doubts” about their accuracy.

Bitter experience informs us about the cost of illegitimate governments. But why is the world, and especially suddenly the African Union, so concerned about the Congo when it ignores obvious election transgressions and lack of freedoms elsewhere, from Gabon to Zimbabwe?

It would be nice to believe that the world has woken up suddenly because it has worked out that it must start somewhere, sometime. It would also be acceptable if it believed that this time the results were so egregious that it could not ignore the fiddling. Or perhaps the rationale is that the Congo lies at the heart of Africa, bordering on nine other states, and its internal problems are too difficult to contain.

Any of those reasons would be satisfactory, and indicative of good intentions and a positive continental democratic trajectory. There is likely, however, another pernicious dimension: Money and naked, if highly selective, self-interest.

At first glance, there is little to connect the cases of Rwanda, Zambia, Zimbabwe and Congo. But they do share some prominent and well-organised mining investors. And there is another interesting link, at least between Lungu, Fayulu and Emmerson Mnangagwa in Zimbabwe — they all used the same election consultants, first introduced into Zambia via a former senior Nato general, where they scooped a multimillion-dollar, four-week contract directed at digital campaign support.

Fake news goes by many names. It also has a multitude of consequences, some unintended. One is that it is difficult to know who is telling the truth — before, during and after an election.

The cost of illegitimate elections, as ever, will not fall on external actors, but local citizens. Our research and bitter personal experience show that legitimately elected democratic governments have a much better chance of delivering positive development for African citizens.

They are inevitably more responsive, more competitive, more economically diversified and thus less prone to volatile policy and performance swings. If Felix Tshisekedi has been democratically elected, it will certainly help; if not, Congo likely faces another traumatic period of misrule. DM

Biti (a former Zimbabwe finance minister) and Mills (the head of the Brenthurst Foundation) are co-authors of the recently released Democracy Works: Rewiring Politics to Africa’s Advantage (Picador/Hurst). Biti is presently on trial in Zimbabwe for contravening the Electoral Act after he allegedly unlawfully and unofficially announced the July 2018 presidential election results.