Ramaphosa and Modi must walk the talk

Ramaphosa and Modi must walk the talk 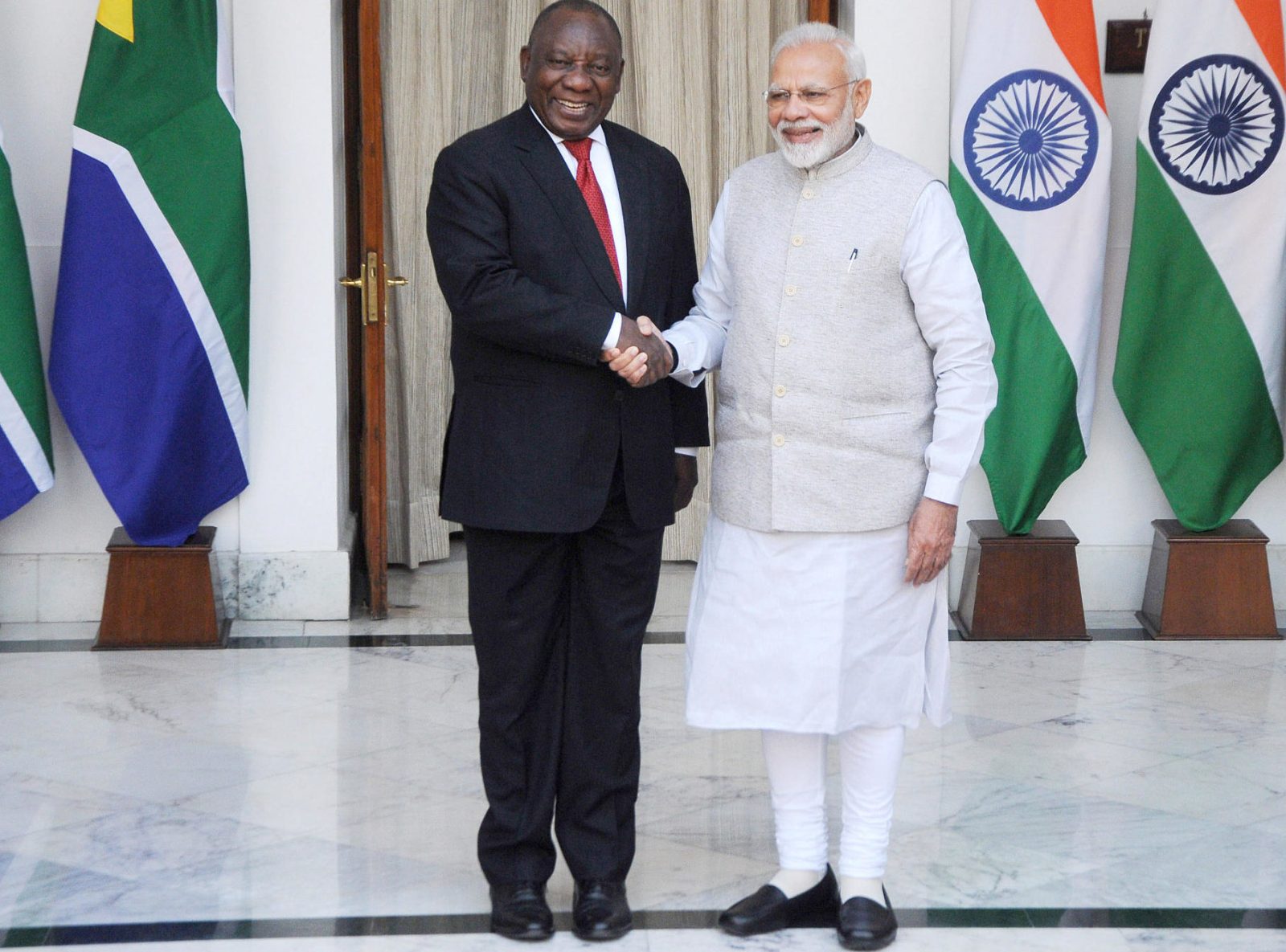 On Saturday 26 January, South African President Cyril Ramaphosa and Indian Prime Minister Narendra Modi will stand together at India’s Republic Day parade. It will mark in many ways India and South Africa’s long shared history – of struggles against colonialism and racism, constitutions forged amid political upheaval and progressive judiciaries upholding human rights values. But it will also remind us of how much further the countries have to go. By Shenilla Mohamed and Aakar Patel

Both South Africa and India today face a range of common challenges – endemic corruption, widespread poverty and inequality, and high levels of unemployment. What they also have in common are the failures of their governments to respect and protect civil and political rights.

In India, there has been a widespread crackdown on freedom of expression and human rights defenders in recent years. Activists who campaign for Dalit and Adivasi rights, and protesters who demand their right to a healthy environment, are among those locked away under repressive laws. NGOs are raided on the pretext of financial irregularities, and writers, academics and artists are frequently harassed simply for speaking their minds. South Africa too has seen activists – particularly those who work on environmental issues – targeted for doing their jobs. Anti-mining activists have been threatened, intimidated and even killed for fighting for their rights.

Journalists in both countries have also been targeted by politicians for doing their work. For reporting on allegations of corruption, media houses in India have had to face criminal defamation cases, while their counterparts in South Africa have been insulted and openly threatened with violence by politicians and political organisations.

A xenophobic streak unites the governments of countries too. In South Africa, nationals from other African countries, including asylum-seekers and refugees, live with daily discrimination and harassment, while Rohingya people in India are demonised and denied their rights under international law. South Africa’s Health Minister uses foreign nationals as scapegoats to explain overcrowding in hospitals and the struggling health system, while the president of India’s ruling party calls migrants from Bangladesh “termites”.

Impunity for rights abuses by security forces persists as well. In South Africa, victims of the bloody tragedy at Marikana in 2012 still await justice. As do those blinded by pellet-firing shotguns in Jammu and Kashmir. In both countries, mining companies have trampled over people’s rights in the pursuit of profit. Respect for the rule of law remains patchy.

Both India and South Africa will hold general elections this year, and Ramaphosa and Modi will seek re-election. Political parties in each country need to reassert their commitment to their constitutions, to the values of Mahatma and Madiba, and to their respect for universal human rights. But they will also need to walk the talk.

Amnesty’s Secretary General Kumi Naidoo – a South African national of Indian descent – is fond of quoting Martin Luther King Jr on the notion of “creative maladjustment” – the idea that instead of getting used to the horrors in the world, we can refuse to conform to them, and instead stand for radical change. As always, it will fall to ordinary Indians and South Africans to ensure that their governments do the right thing. DM