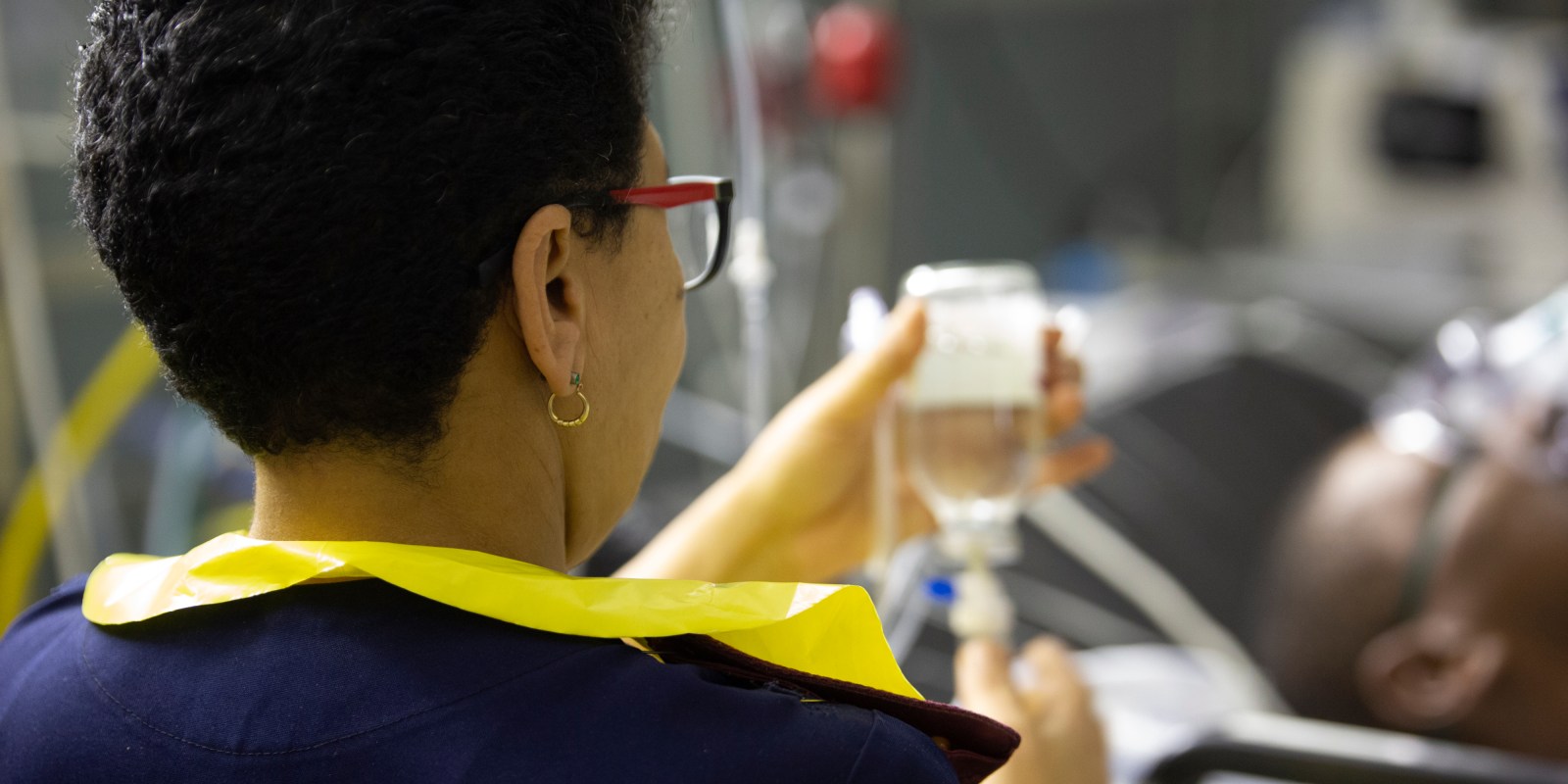 After turning down placements at rural hospitals, hundreds of newly qualified doctors remain unemployed while the country’s rural state hospitals remain desperately understaffed because of a complex — yet fixable — situation. Health-e News’ Amy Green investigates whether these health professionals are being ‘picky’ and what possible solutions there are to this senseless situation.

For Gauteng-based Jack*, the excitement of finally receiving his medical degree quickly dissipated after he declined the post allocated to him to serve his mandatory one-year community service and was refused the right to appeal against his allocation. He claims he is being “punished” for rejecting his post as he has to wait for six months before being allowed to reapply and fears for the future of his medical career.

“I’m extremely worried. I am already being victimised and all I did was decline and ask for a different post. I’m worried I will never get placed, and, even if I do, not working for six months — you lose your sharpness,” he told Health-e News, asking to remain anonymous to avoid any further negative impact to his career.

In December 2018, the National Department of Health announced that more than 6,000 medical graduates had been successfully placed at health facilities, including for two-year medical internships and the mandatory one year of community service.

But at least one in 10 of these young health workers appealed against their placements. The majority of these appeals (71%) were against placements in rural and peri-urban areas, precisely where the need is dire.

Health Minister Aaron Motsoaledi has previously condemned graduates who reject their posts, calling them “picky” and accusing them of undermining the fundamental concept of the community service year, which is to increase skills and staff in places where state health facilities are in desperate need.

“We do not believe that anybody is entitled to work in a particular area. Health workers ought to work where their services are needed,” departmental spokesperson Popo Maja told Health-e.

However, he said that the department was “sensitive to special considerations” including pregnancy, schooling for young children and personal health problems.

Medical graduates have come under fire for exploiting this process and going to extreme lengths to receive their first placement choice. Some have reportedly feigned illness and “rushed” marriages in their final year, hoping that family ties would favour them during the application process.

Health-e has also reliably learnt of a recent graduate who intentionally became pregnant purely to improve her chances of being placed close to her family in Gauteng instead of the rural posting that she had been allocated.

But many medical students believe the system is fundamentally flawed and does not create the conditions required to persuade more medical graduates to pick a rural or under-served area as their top placement choice.

“The biggest issue is the timing of the process,” said Dr Jenny Nash, who has worked in rural facilities for much of her career and is presently based in an Eastern Cape hospital.

“These are young people with lives. Some have children, and they only get notified about where they are being placed at the end of November. Then they have to scramble to finalise everything, including sometimes moving with their families across the country,” she explained.

Nash believes that the application should start much earlier, such as in February, and be finalised by June. This would give sometimes-fearful graduates a chance to travel to their post, become accustomed to the area, and make the necessary logistical arrangements.

In 2018, the Health Department shifted the date for applications for doctors’ internship placements to February, but it has not done the same for the community service process.

Dr Marion Frost, who has been working at a rural Eastern Cape hospital for more than five years, said that a lot of the issues could be resolved if students had to do electives in rural settings while they were still studying.

“At the University of Cape Town, we could do anything for our elective as long as we organised it ourselves. [For one of these I chose] Manguzi Hospital to get an idea of rural practice,” she explained. After that experience, she applied for a rural posting for her community service year.

“I’m not really sure about the promotion of rural electives at other universities, but I can’t remember that there was any real active encouragement or assistance while I was there,” said Frost.

The department’s Maja explained another historical reason for this rural-urban mismatch:

“Historically, our medical schools have been concentrated in three provinces — KwaZulu-Natal, Gauteng and the Western Cape. So the introduction of new medical schools in [more rural] provinces such as Limpopo and the Eastern Cape and North West in the future will likely improve the equity of the distribution of our medical professionals,” he said.

The Rural Health Advocacy Project’s Karessa Govender said that much more needs to be done to inspire doctors and other health professionals to choose to work in rural areas rather than being forced to do so, often in the most hurried and chaotic of manners.

“The responsibility of universities is to adequately prepare health science students for rural practice, but, thus far, training has been curative, urban and ‘hospi-centric’,” she said.

This draws the bulk of graduates to the metro areas, said Govender, calling for “decolonisation of medical care training towards a primary care ethos”.

“If they were adequately prepared,” she said, “and if ensuring the goals of community service are made explicit to students early on in their training” this could “avert the shock and stress they experience” working in areas out of their comfort zone.

But dentist Dr Bulela Vava, who has spent many years working in the toughest conditions in the most rural of Eastern Cape locations, questions the motivation of new graduates who refuse to work in under-serviced areas.

“Someone needs to speak about the elephant in the room: The altruistic motivation for being a health provider among the current generation has largely died out,” he said.

“While one would hope that their years in training would help cultivate a selfless spirit, which should be there already, these years have further distanced professionals from the purpose of health care: People.” DM