Janu-worry stress busters: The science behind some health therapies that won’t burn a hole in your pocket 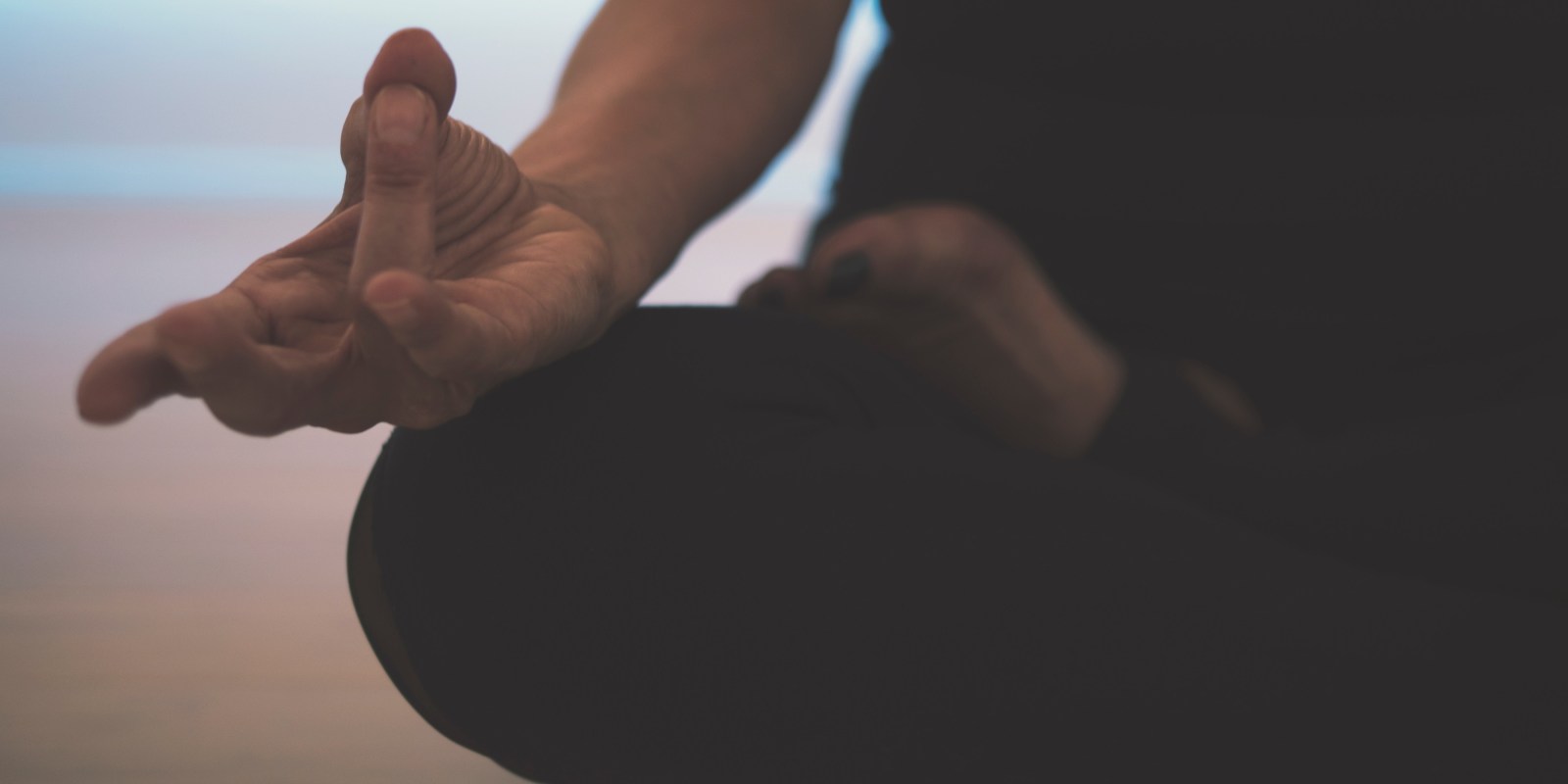 Many South Africans return to work this week, but the holiday break hasn’t resulted in improvements in stress levels and overall mental health. The number of calls for help received by the South African Depression and Anxiety Group is just as high this January as the last months of 2018. Here is a look at the science behind some stress-busters.

I stepped into a small round pool, heated to exactly body temperature and filled with more than three tons of salt. It was an early evening in December and the room was dark and quiet, but as I lay back and my ears dipped under the water I heard instrumental meditation-style music (coming from the underwater speakers). The purpose of this exercise? To float. And relax.

Trying to suspend my scepticism for this seemingly mumbo-jumbo healing method I tried to do exactly as I was told by the friendly woman, who explained the flotation therapy underway at the pool at the Oxford Healthcare Retreat situated in the affluent Johannesburg suburb of Melrose.

She had gently suggested:

“Close your eyes”, “float on your back”, “use one of the pool noodles to rest your head or legs on” and of course “relax”.

She should have warned me not to get water in my eyes (although I should have known) and I spent the first 10 minutes recovering from the sting of salt before I could concentrate on relaxing.

When I finally did, 45 minutes later, I was shocked by just how relaxed I felt. I was not just less stressed, I could actually feel how my body had relaxed and I made a mental note to rigorously research the science — if any — behind it.

According to a 2014 study including just over 60 participants, 12 sessions of flotation therapy identical to the one I experienced resulted in profound improvements in mental health.

Published in the Biomedical Journal, the study found that after the treatment participants experienced significant reductions in stress, anxiety and depression levels as well as improvements to their sleep, energy and sense of optimism.

Another 2001 study published in the Journal of Pain Research and Management found that this technique can improve pain related to muscular tension, especially more severe forms of such pain.

Cassey Chambers from the South African Depression and Anxiety group says that, based on the influx of calls they’ve already received in January, South Africans are battling with stress — which is affecting their mental health.

“There are a lot of stresses this time of year and it’s very beneficial and helps in the long run if people start looking after their stress from the beginning of the year before it starts to impact their daily functioning.”

She says untreated and undiagnosed stress can “lead to more serious mental health and physical issues”.

“It’s helpful to learn coping mechanisms and get support before it escalates and becomes something that needs acute treatment in hospital or medication,” she says.

But, according to Chambers, “being able to seek professional help, or even going on a retreat can be very beneficial for your mental health, but can be very expensive and only really accessible to people with funds”.

Research from the University of Cape Town has found that only a quarter of South Africans with a diagnosed mental illness have access to treatment making prevention initiatives even more important.

Chambers says that preventing mental illness is often considered a luxury as these relaxation-based initiatives can be expensive.

For example, a one-night stay at the Oxford Retreat costs between R4,000 and R5,000. Aimed at executives, the establishment also offers psychological consultations, yoga, massage, meditation and gratitude journaling, among others. While time in a flotation tank is certainly not an option for the average South African, some of the other therapies can be implemented at little to no cost.

But just how beneficial are they?

2014 research from Johns Hopkins University in the United States found that daily meditation can reduce the symptoms of depression and anxiety by up to 20%, which is similar to the benefit antidepressants have shown for depressive symptoms.

People can pay for guided meditation classes, but it can be easily practised alone and in any quiet place at no cost.

A study published in the European Heart Journal found that people who sleep for six or fewer hours a night had a significantly higher risk for developing heart disease and of dying, compared with people who slept the recommended eight hours.

At Oxford Retreat “lights out” is recommended at eight in the evening and clients are encouraged to pay more attention to getting enough sleep when they return home.

For the rest of us, paying a little bit more attention to getting enough sleep is an under-rated and beneficial way to combat daily stress.

Three healthy meals low in fat and carbohydrates are served daily at the luxury retreat with a particular focus on removing sugar from people’s diets.

According to 2009 research published in medical journal European Psychiatry people living with severe mental illness are more likely to be overweight, have diabetes, high blood pressure and high cholesterol — all chronic conditions associated with bad diet and a lack of physical activity.

According to Charlene McIntosh, a psychologist based at Netcare St Augustine’s Hospital in Durban, research has demonstrated the negative mental health impact of excessive sugar consumption and that refined sugar impacts on chemicals in the brain. These chemicals include serotonin which is critical for mood control and stability.

Limiting sugar intake might even save some people money while the benefits of cutting out the substance — including for mental health — are almost too extensive to quantify.

Clinical psychologist Julia Halstead-Cleak, who consults at the retreat, says that even the centre’s large garden has a positive impact on mental health and can “make a person feel like they aren’t really in Johannesburg”.

Spending more time around gardens or even getting some indoor plants for the office or home are inexpensive ways to benefit psychologically from nature.

Plants not only improve indoor air quality; research has shown they have a positive effect on mental health. A 2014 study published in the journal Health Promotion International analysed research on the topic and found that “when individuals are presented with nature-based stimuli” they become less stressed, more comfortable and are able to think more clearly.

While the price limits a stay in Oxford Retreat to the very wealthy, Halstead-Cleak says that the executives, who often are “looking after companies and employees”, become more aware of the importance of mental health.

“This awareness can filter down to staff and make managers more compassionate to staff and go some way to addressing the stigma associated with mental illness — because if you’ve never battled with depression it can be easy to judge others,” she says.

“Our hope is to get people comfortable with thinking about mental health as a part of everyday health.”

But these coping techniques can only go so far because socio-economic issues are inextricable from mental wellbeing.

A review published in the The Lancet in 2018 notes that “stressors such as poverty, neglect, or sexual and physical abuse could raise the concentration of inflammatory cytokines and negatively affect psychological functioning”.

The irony is that mental health services are unaffordable to most South Africans, but low income and unemployment are one of the biggest drivers of stress and associated mental health issues.

“A lot of the stress we’re seeing at this time of year is related to finances like debt leftover from last year or expenses over Christmas. A lot of people might be looking for a job or are unemployed and they are stressing about finding a job or there are those who are waiting to hear if their contract is renewed,” says Chambers.

She says that with 75% of South Africans unable to access mental health care, regardless of quality, the rates of stress and mental illness will continue to rise.

Until inequality, poverty and violence are addressed and there is a drastic change in mental health care access for those most in need, she said that “looking after one’s mental health or mental wellbeing (before there is a crisis)” will remain “a luxury”.

I know for a fact that even though I’m employed and more privileged than most, paying for another session in a flotation tank, no matter how enjoyable and relaxing, is more pipe-dream than a possibility. DM