Urban-rural collaboration part of the recipe for balanced development 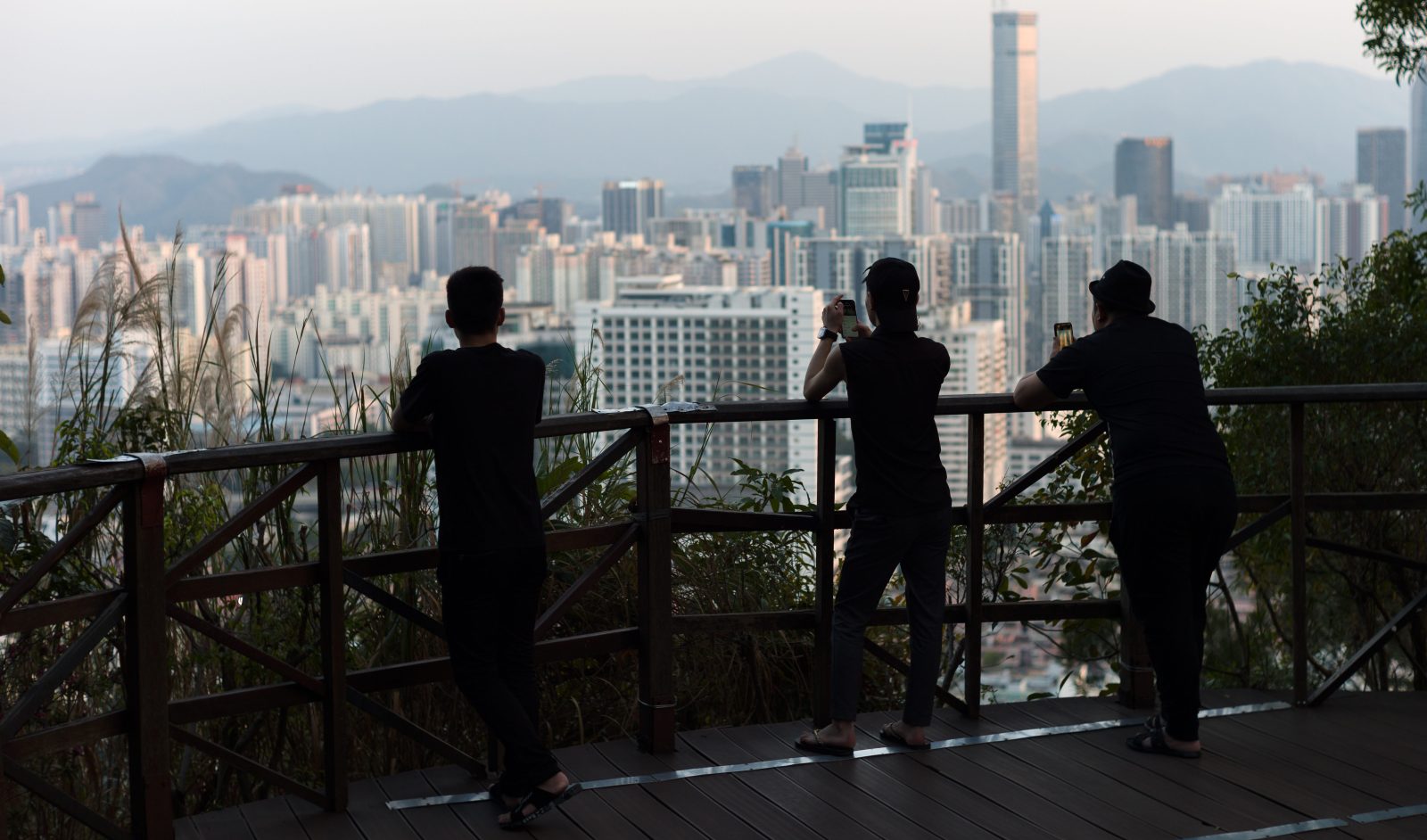 People look at a panoramic view of the city from a lookout in Shenzhen, Guangdong Province, China, 21 March 2018 (issued 22 March 2018). EPA-EFE/STR

To mark the 40th anniversary of its opening-up policy, China hosted an international forum to share the lessons of its metamorphosis from an impoverished agrarian society to a powerhouse of the global economy. One of the country’s best-kept secrets revealed at the forum was the collaboration fostered between cities and rural areas to induce development in lagging regions. South Africa could learn much from this experience of building prosperity and cohesion from the bottom up through reciprocal actions by localities.

The economic transformation of Shenzhen epitomises the benefits of a focused approach. From a simple fishing village in 1980, it has burgeoned into a massive industrial complex and vibrant technology hub with a population of 12 million. The city of Shenzhen now houses the headquarters of pioneering companies such as the internet giant Tencent, telecom equipment and mobile manufacturer Huawei and drone maker DJI. They are supported by an ecosystem of university research, patient finance and a diverse labour pool.

Shenzhen lies at the heart of the Pearl River Delta, which has become the largest economic region in Asia, benefiting from potent multipliers and knowledge spillovers. Towering skyscrapers have replaced the original rudimentary buildings. Comfortable flats are provided for the former fishermen and their families. The improved living standards brought about by the breathtaking pace of industrialisation seem to have been felt across the whole community.

Less well known is the way in which the prosperity of cities such as Shenzhen has been extended to other communities. The economic surplus and know-how generated in the coastal cities have been mobilised to boost development inland. This has helped to narrow the gap between regions and promote more balanced and sustainable development across the country. The World Bank estimates that 800 million people have been lifted out of poverty as a result — more than the entire population of Europe, Russia and Turkey combined. There have been wider spin-offs too for social stability and national cohesion.

Careful sequencing of effort seems to have been crucial to this achievement. The initial concentration of resources and population in the coastal belt created efficiencies and specialised industrial capabilities which helped to accelerate economic progress and attract investment and talent. Once a strong growth momentum was established it became possible to extend the benefits to other places.

Spreading prosperity to small towns and rural areas was achieved by a combination of pressure from above and initiative from below. A national solidarity programme was started in 1996 to encourage county administrations to share their expertise in stimulating development with their counterparts in the interior and to work together on joint economic projects. Central government provided substantial support, including financing the construction of major infrastructure schemes to connect the core and periphery.

China’s remarkable economic transformation is therefore not simply a matter of competitive success achieved by building corporate giants and dominant industrial centres. People from undeveloped rural regions have not just been expected to migrate to the coastal cities. China’s all-around development also stems from deliberate efforts to extend the prosperity of the core city-regions to more marginal places. Explicit twinning between localities has been an important feature of this inclusive growth strategy.

Placing obligations on dynamic cities to accept some responsibility for progress in poorer regions is virtually unheard of in other countries. The conventional wisdom is that metropolitan authorities should be indifferent to the plight of other places and focus exclusively on their own territory in the interests of accountability, fiscal discipline and market efficiency. Yet China’s experience shows that thriving places have much to offer poorer localities in terms of practical problem-solving and tangible support, and that this does not curb their own success.

One of the first twinning arrangements was between Fujian Province and the less-developed Ningxia Hui Autonomous Region in the north-west. In 1996, Xi Jinping, then deputy secretary of the Communist Party’s Fujian Provincial Committee, led a task force to coordinate investment, deploy skilled officials, exchange engineers and other professionals, and establish new enterprises. Twenty years later, the co-operation has transformed barren districts such as Minning into flourishing agricultural areas that produce wheat, wine and mushrooms.

Through ongoing practical assistance, training schemes, capacity-building programmes and exchange of experience, Ningxia Hui has undergone extensive modernisation. Its capital Yinchuan has become a “smart city” with up-to-date infrastructure connecting it to China’s leading cities. Businesses introduced from Fujian have created tens of thousands of jobs for local residents.

The process of transferring knowledge, resources and human capital does not mean that the gap in incomes and wealth between the coastal metropoles and new provincial cities has been eliminated. In fact, social and spatial inequalities in China remain sizeable. The key point is that communities on the margins are not left stranded by the rising economic tide. They benefit from physical and institutional connections to the core city-regions.

China’s experience is also relevant to the all-important principle of the UN’s Sustainable Development Goals that no one should be left behind. This is less about compensating the losers of competitive economic processes through social transfers that alleviate poverty and hardship, and more about ensuring that people and places participate directly in development activities to ensure ongoing improvements in living standards.

According to economic orthodoxy and market doctrines, the emphasis on urban-rural twinning in China’s growth strategy does not make much sense since places should stand on their own two feet. However, there are at least three reasons why thriving cities seem willing to share their capabilities, know-how and resources with regions that have fallen behind.

First, many rural areas have sizeable deposits of minerals, water reserves, food supplies and energy resources (such as coal-fired electricity generation). Reciprocity between industrial cities and their hinterland justifies a strategic partnership that benefits both areas. City authorities also recognise that their prosperity has been achieved partly through the sacrifices made by migrant labour from the countryside. Reinvesting in the interior is a sign of mutual support and national unity.

Second, sustained prosperity for Chinese cities depends on growing their internal markets to expand domestic demand and cushion the economy from external shocks, such as the current trade war with the United States. Sophisticated infrastructure networks crisscrossing the country help to integrate different local markets and supply chains. Investment in the rural hinterland is therefore also a strategy for creating larger markets and greater economic resilience.

Third, one of China’s national ambitions is to eliminate extreme poverty by 2020. Twinning coastal cities with rural regions can facilitate productive investment and job creation throughout the country, thereby promoting growth and development that is self-sustaining. This is partly why the State Council expects cities in the vanguard to help develop the interior by deploying some of their human and financial resources.

There are several reasons why this approach may offer useful lessons for South Africa and other countries with stark spatial divides. Most important, the metropolitan areas have built robust public and private sector institutions and accumulated considerable economic expertise which could be shared with lagging regions at little or no cost to themselves. Unlike national government, they have direct experience of local problem-solving and taking steps to identify and develop their distinctive economic strengths, usually in partnership with other stakeholders.

The metros have designed regulatory systems, by-laws and administrative procedures that are intended to foster a positive environment for investment in infrastructure, business development and employment generation. They have tried and tested all kinds of policies and programmes to support the start-up and growth of small, medium and micro enterprises. They have also devised many training schemes to build professional skills and competencies which could be made available to staff from other municipalities.

Each metro might be twinned with a group of rural municipalities because of the numerical imbalance between the two groups. A simple system could be set up by the national department of local government to encourage and monitor these arrangements, and periodically to assess their impact and effectiveness with a view to learning lessons and extending the experience to other places.

The scheme might start with a few metros volunteering their support on the basis of the reputational benefits they could expect to derive. This would create a positive ethos and prompt wider interest in the initiative. DM

Dr Alexis Habiyaremye is Senior Research Specialist in the Economic Performance and Development Unit of the Human Sciences Research Council.

Professor Ivan Turok is Executive Director of the Economic Performance and Development Unit of the Human Sciences Research Council.