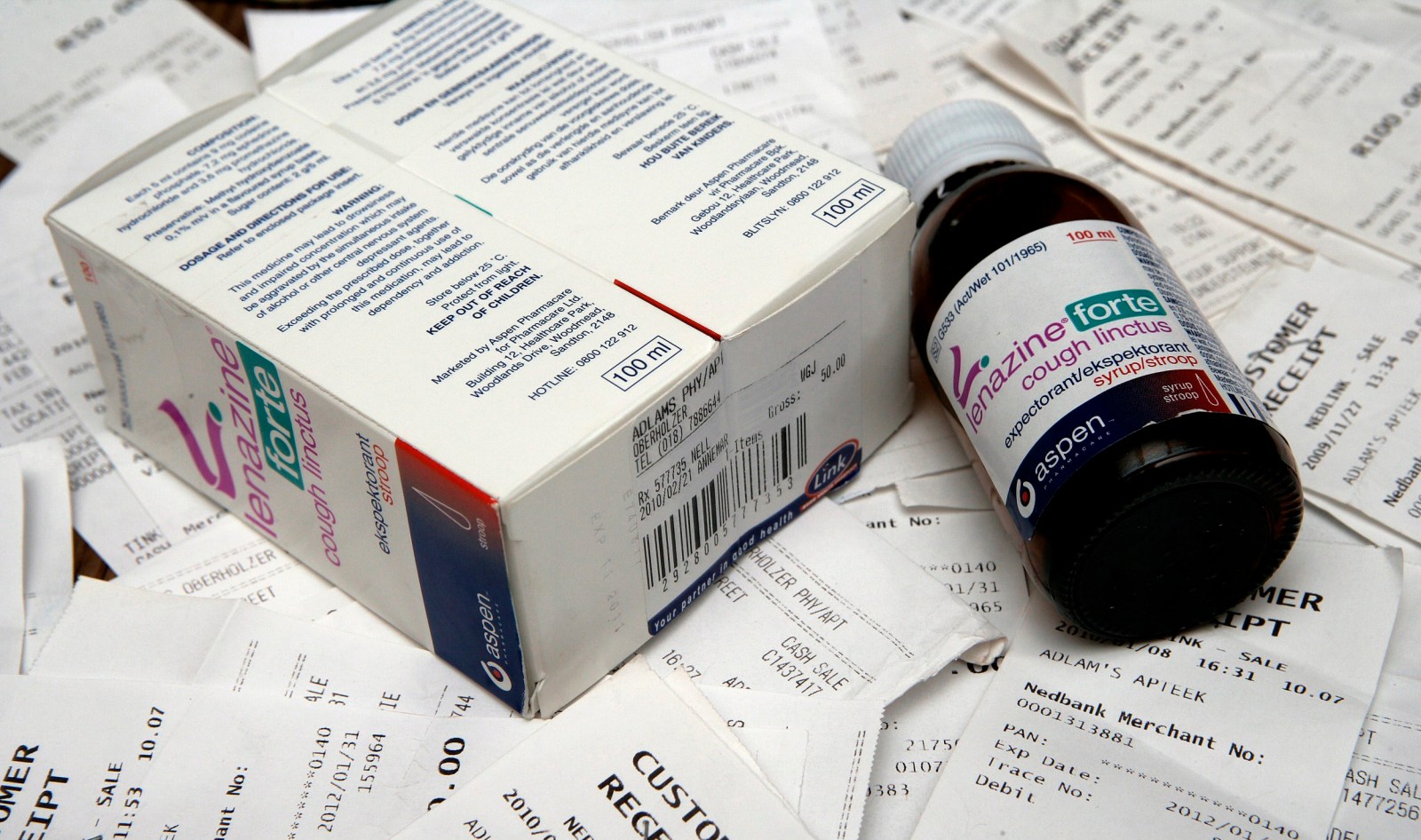 Cough syrup by the litre. Addict’s family say he’s lucky to be alive – and point angry fingers at pharmacy that supplied him. Their brother has been addicted to the codeine in Lenazine Forte for more than 20 years. Feature text available. (Photo by Gallo Images/You/Fani Mahuntsi)

African countries still often lack the institutional and judicial capacity, as well as the adequate health systems, to provide sufficient access to preventive and treatment services to fully support this shift towards more health-centred drug policies. In South Africa, this is changing.

At the World Health Assembly in 2015, our late friend and fellow Global Commissioner Kofi Annan expressed his concern about the situation in Africa, highlighting the Continent’s growing role as “a hub for drug trafficking and domestic consumption”. His concern focused in particular on the lack of prevention and treatment services for people who use drugs and on low access to essential medications for pain management in most African countries. This situation has arisen from past decades of misguided national drug control policy, influenced by international commitments and focused on repression. It can now, however, find regional solutions, particularly in South Africa.

When the world embraced the prohibitionist approach to drug policy promoted by the Global North, Africa followed. Now this paradigm has become entrenched in mentalities as well as in law. Drug use is stigmatised, consumers are considered criminals and marginalised, and the response to the growing drug trade has, in places, become more violent.

Today, while many developed countries have maintained the prohibitionist paradigm, they have moved to mitigate the harms by implementing a range of harm reduction services and prevention and treatment options for people who use drugs These measures are effectively contributing to reducing overdoses, dependency and the transmission of blood-borne diseases, as well as changing the perceptions and prejudices people often have about drugs.

African countries, however, still often lack the institutional and judicial capacity, as well as the adequate health systems, to provide sufficient access to preventive and treatment services to fully support this shift towards more health-centred drug policies.

In South Africa, this is changing. The country has shown leadership with regard to national funding in addressing the HIV epidemic. It has developed outreach programmes to counter the discrimination experienced by people living with HIV, and is now initiating similar moves with people who use and inject drugs, including them in debates and consultations on a new draft of the National Drug Master Plan 2018-2022.

These are essential first steps to overcome the taboo that still surrounds drug use. Drugs have and always will be present in some form in society. In South Africa drug, injection is now a reality. The key objective must be to reduce the associated harms and save lives through pragmatic policies. This includes building the necessary capacity to provide needle and syringe exchange programmes, safe consumption rooms, maintenance therapies for opioid dependence, psychosocial counselling and other treatment options that take into account each individual situation, as well as decriminalising the use of drugs and their possession for personal use.

An urgent step for South Africa to take is the inclusion of methadone and buprenorphine for maintenance treatment on the national Essentila Medicines List.

The prohibition of drugs has only led to increased trafficking, marginalisation, poverty, stigma and drug use. After all, if you sow hatred, how can you expect to reap anything other than pain and violence? The time is now to reverse track and embrace more humane policies that will sow understanding, promote health, reduce violence, strengthen communities, and foster growth.

We will share our point of view at the Science Forum South Africa, where we hope a discussion based on evidence, scientific evaluation and findings, and best practice examples can trigger a national South African debate on solutions most suited to its specific situation and challenges. DM

Olusegun Obasanjo, is former President of Nigeria and Michel Kazatchkine, former Executive Director of the Global Fund to Fight Aids, Tuberculosis and Malaria, members of the Global Commission on Drug Policy

The Global Commission on Drug Policy is an independent body comprising 22 members, including 12 former heads of state or government, a former UN Secretary General and three Nobel Prize laureates. Its purpose is to bring to the international level an informed, evidence-based discussion about humane and effective ways to reduce the harms caused by drugs and drug control policies to people and societies.