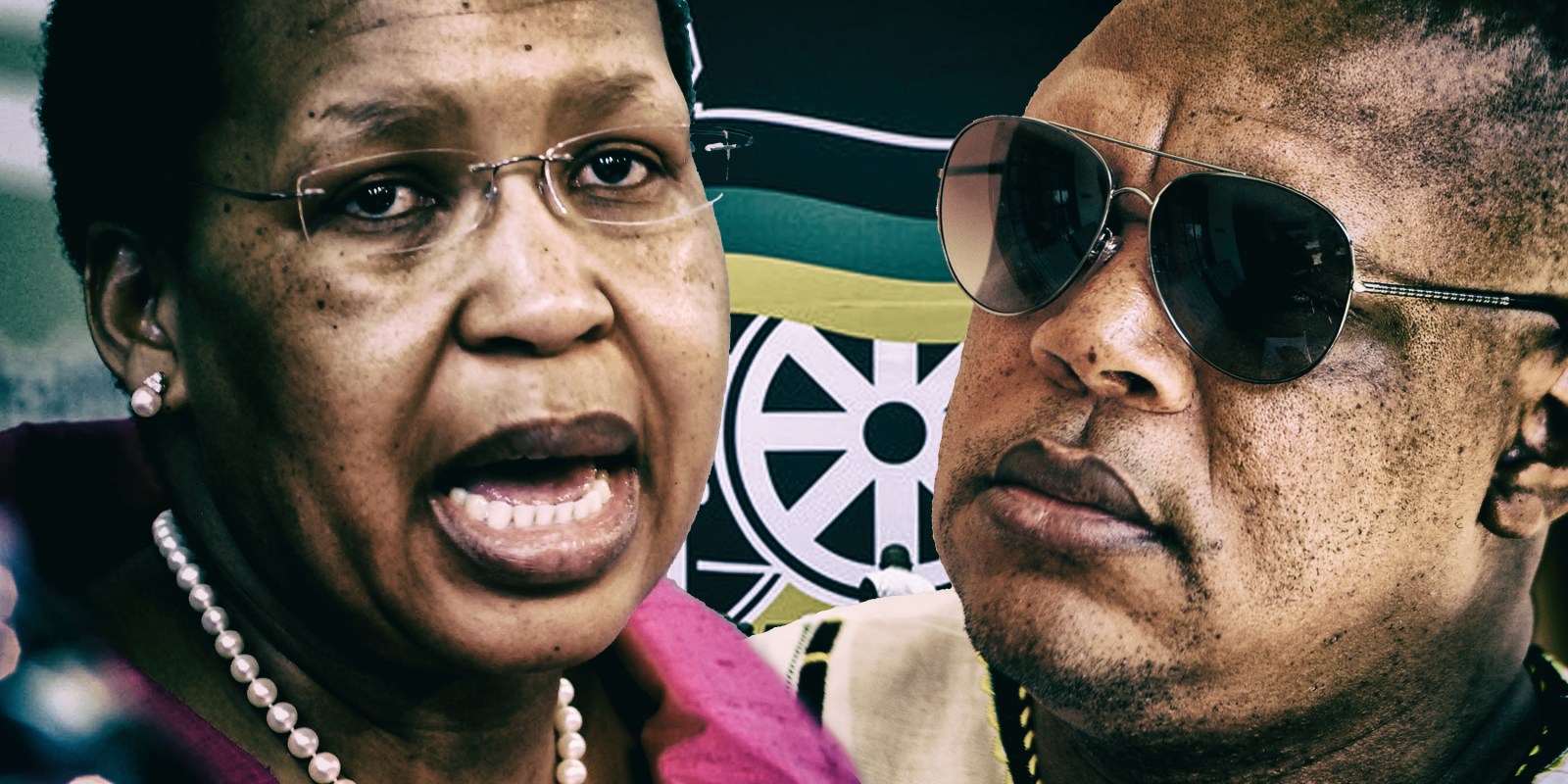 In the space of a 24-hour period on Tuesday, the ANC in Limpopo announced that its mayors implicated in the VBS scandal must resign, the national ANC’s spokesperson Pule Mabe went on special leave after being accused of sexual harassment, and the National Working Committee told Qedani Mahlangu to resign. Each of these instances has different dynamics. But they all have one thing in common: there is an election in 2019.

The Esidimeni scandal will not go away for the Gauteng ANC. The reason is simple. The person who is generally perceived as shoving mentally-ill people into unlicensed NGOs was the Health MEC at the time, Qedani Mahlangu. Yet she was re-elected to the party’s provincial executive committee. Then the provincial integrity commission said she, and former Chief Whip Brian Hlongwa, should resign from the PEC. The PEC refused to accept the recommendation of its own Integrity Commission, saying it wanted to wait to see what the national ANC would say. Finally, mercifully, this week the ANC’s national working committee wrote to Mahlangu to say she should resign.

At no point in any of this did anyone in the Gauteng ANC admit that Mahlangu’s behaviour was morally wrong. It appeared that to them, the people who died didn’t matter. This leads to another, possibly unfair, question: How many people would have to die because of the actions of a Gauteng ANC leader before the provincial party took action?

The NWC clearly felt it had no choice. All the polls suggest that Gauteng will be on a knife-edge in 2019, where the ANC is under pressure from both the DA and the EFF. Those parties are going to make Esidimeni as big an issue as possible. Literally with slogans that may read “A vote for the ANC is a vote for death”. And while the party can argue that that kind of messaging would be unfair, their behaviour around Mahlangu will make it difficult to claim that on this issue, morality matters at all.

It would be interesting to ponder whether the NWC would have acted in the same way if there was not to be an election in the next few months. On balance, it may well have thought that it had no choice, simply because of how much airtime this issue gets. It is also an incredibly horrible scandal, that saw officials blaming Mahlangu under oath. Her behaviour after the deaths, her decision to study in Britain and delay the mediation process by doing so, can hardly suggest that she feels remorse. And this issue would simply not go away.

The situation around the Limpopo ANC is slightly more complex. The provincial party instructed seven mayors who placed money in VBS, in defiance of Treasury regulations, to resign. That money was looted, and there is now much evidence before the public that suggests political pressure was involved at various stages.

On Wednesday morning, Limpopo ANC leader and provincial Premier Stanley Mathabatha gave the Gauteng ANC a masterclass on SAfm in how to handle these situations. He said that they had been asked to resign because the situation simply could not be ignored. When asked why he had waited for so long to act, he pointed out that his province had requested this. When pushed on what it meant for the Limpopo ANC to have so many top officials implicated (its deputy leader is Florence Radzilani, who’s resigned despite still proclaiming her innocence, provincial secretary Danny Msiza is expected to resign after being named as the kingpin in the scam), he simply said:

“When something this wrong happens, there is no way that one can differ with one who comes with that kind of criticism. You know, this has to do with the kind of people who were deployed in those particular positions.”

That may well be the kind of honest criticism that gives some voters hope that the ANC can, to use its own language, “self-correct”.

But it also shows that there can be freedom to act in certain ways when the balance of forces is flowing a certain way. Mathabatha clearly feels he can do this without worrying about consequences. It may also be that he expects more evidence to emerge about VBS, and that these people will be weakened further. Also, he himself, as far as is known, is not implicated, and so does not have to worry about anything coming back to bite him.

The situation in Gauteng may be more complicated, which could explain the lack of firm action from the province against Mahlangu.

In the longer run, it may be that the decision by Mabe to take special leave, and for the ANC to act so quickly in instituting a hearing into his conduct, is the most important indicator of changing political balances this week. Mabe has been accused of sexual harassment by his personal assistant. Luthuli House moved relatively swiftly. Hours after the story was broken by EWN, it confirmed that a complaint had been laid. By the next morning Mabe was on leave, and then a procedure was outlined. By Wednesday afternoon, the SABC was reporting that 10 women would testify during the hearing.

The context to this is some interesting politics around the ANC’s spokespersons. Mabe is national spokesperson and was appointed by the national executive committee. Under the ANC’s constitution, the secretary-general, Ace Magashule, is his boss. Zizi Kodwa, former ANC spokesperson and now an NEC member, has been appointed to the head of the ANC’s presidency. He publicly voted for President Cyril Ramaphosa at Nasrec. He has been regularly attending the Zondo Commission and defending the ANC to the media. Kodwa has also been regularly available for interviews, in a way that is surely with Mabe’s consent.

The point here is that it gives credence to those who believe there are still two camps within the ANC, each with their own spokesperson. In politics, communication is power, and the party could give messages that differ in nuance on certain issues. Now, Kodwa is likely to be heard more often, while Mabe’s future as an ANC official could be in doubt. Either way, in the slowly changing balance of power in the ANC, this could suggest that Ramaphosa’s side has gained a slight edge in the battle for control of the party’s communications.

There was a time when the post-December period could be seen as quiet politically, relatively speaking. However, since the ANC’s Polokwane Conference in 2007, December has often proved to be busier than other months. This may be because of more intense political contestation in all sorts of ways. This December is unlikely to be different. The ANC’s January 8 Statement kick-starts the year, followed by the election. All of that is another indication of how high the stakes are now in our politics. It may only be after the election that a new kind of political equilibrium will be reached. DM