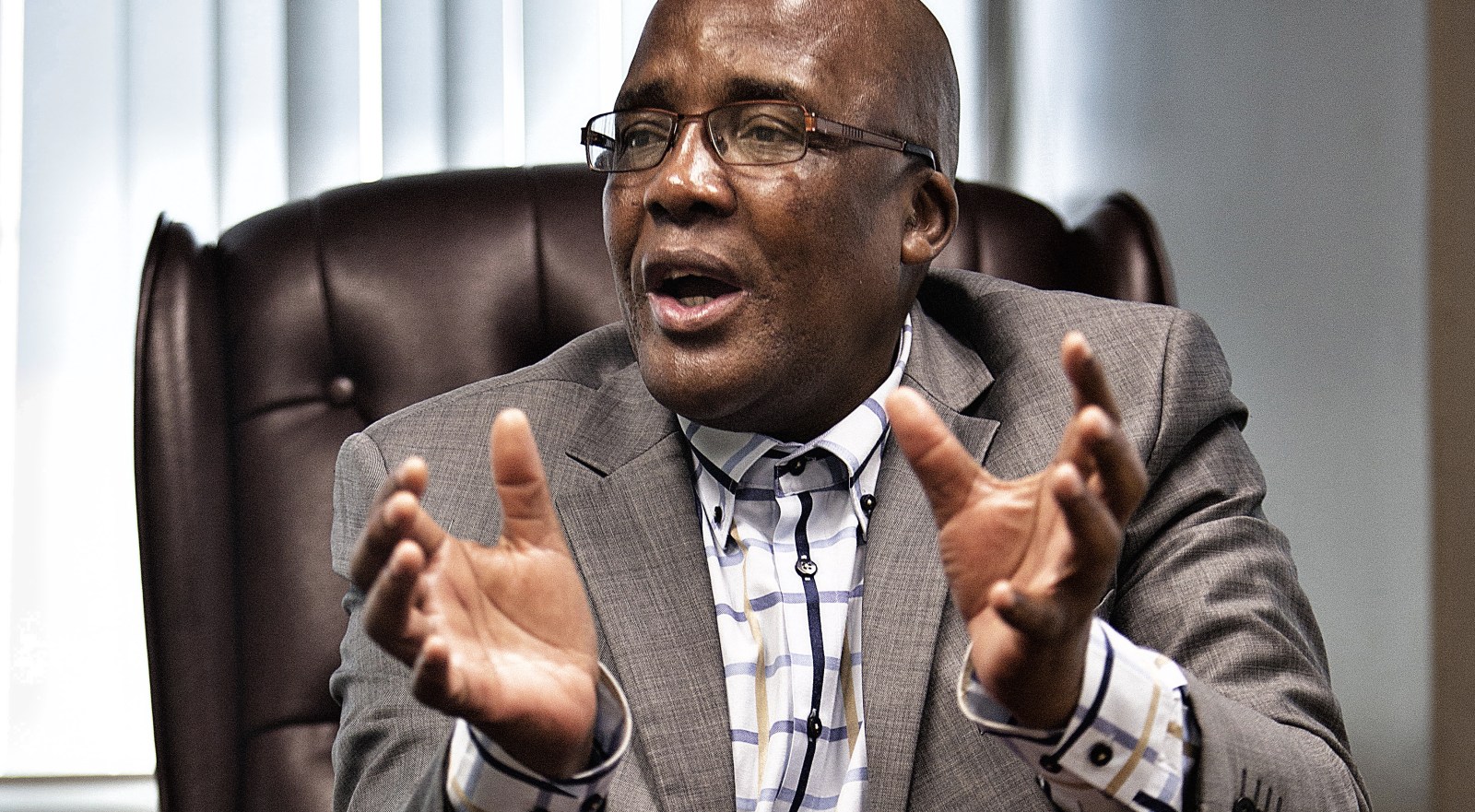 For the past eight months, the national Department of Health has been unable to address poor conditions at its head office, in part because of a breakdown in relations between the Minister and the Director-General.

A conflict between the Health Minister, Aaron Motsoaledi and the Director General, Precious Matsoso, has led to a climate of suspicion, paranoia and paralysis at the national Department of Health, according to multiple sources.

The conflict is particularly affecting two central issues: the introduction of the National Health Insurance (NHI) scheme and the management of Civitas, the building that houses the national department.

Civitas staff productivity and morale is at rock-bottom, and many of the staff have, since April, refused to set foot in the building because it is unsafe.

“In 2016, 80% of Civitas was declared non-compliant with health and safety regulations,” said Bhungani Mxolo, shop steward for the national Department of Health branch of the National Education, Health and Allied Workers Union (Nehawu).

“The employer was supposed to take steps to address the problems but when we realised that they are not doing anything in March, staff members started to knock off at 1pm. When repairs still hadn’t been done by August but the employer wanted to institute a ‘no work, no pay’ rule, we took the employer to the Labour Court.”

On 29 October, the Department of Labour closed Civitas, declaring it unsafe. The building was re-opened a few days later after the health department appealed, undertaking to do the necessary repairs. An inspector inspected the building thoroughly during the first week of December and is due to issue his report this week.

Matsoso told Health-e: “I am ready to move staff out tomorrow but it is up to the Minister.”

However, Motsoaledi believes there is no need for staff to move as many of the issues have been resolved, according to the Ministry.

For the past eight months, Nehawu and Public Service Association members stationed at Civitas have engaged in a protest action against government’s failure to address their poor working conditions.

The strike has had a massive impact on the functioning of the health sector, particularly on the work of the SA Health Products Regulatory Authority (SAHPRA), which registers medicines and issues import and export permits for medical substances.

Johnson & Johnson had to suspend the export of its products containing codeine and pseudoephedrine to 17 countries as had not received export permits, costing it R7-million a month, according to a report compiled by SAHPRA.

“The strike has also impacted permits for extraordinary imports of medicines, often life-saving” such as special cancer medicines, according to SAHPRA, which has since moved its staff out of Civitas.

A Nehawu survey of 88 staff earlier this year found that 48 suffered from headaches, while sinus and breathing problems and dizziness were common.

Most of these health problems relate to the malfunctioning air conditioning system.

Departmental spokesperson Popo Maja said that the previous air conditioning contractor had failed to install components to keep the water in the cooling system clean but “this has been fixed now”.

“There is a police investigation into the previous contractors for possible sabotage and theft,” said Maja.

When Health-e visited Civitas recently, only one lift was working. The entire top floor of the South Tower is not being used after the ceilings collapsed three weeks ago following leaks in the roof.

Contractors had removed the sealant on the roof of the South Tower, which caused the massive leaks, but there was no sign of any activity to fix the roof despite the crisis.

Although five staff members were sitting at reception, visitors were asked to use their mobile phones to call the officials that they were supposed to be meeting. A few Nehawu members were milling around the reception, encouraging colleagues not to enter the building.

The Department of Public Works is supposed to supervise the overhaul of Civitas and although Motsoaledi and Public Works Minister Thulas Nxesi met with union representatives in mid-August and agreed to the repairs that needed to be done, little progress has been made.

Mxolo said Nehawu was “astounded” by the Department of Health’s ongoing failure to address the Civitas problems.

“This jeopardises the health of a number of employees who have exhausted their medical aids and sick leave from sicknesses related to the building. We are also supposed to serve nine provinces on a number of issues including a supply of medicines, but a sick workforce cannot be productive,” said Mxolo.

When asked whether the conflict between the Minister and the Director-General was affecting the resolution of Civitas’s problems, Mxolo said “I wouldn’t rule that out. I have heard rumours that the DG is trying to push the Minister under the bus over Civitas.”

Meanwhile, Director General Matsoso recently admitted that she had not seen the final draft of the NHI Bill before it was sent to the Cabinet sub-committee for consideration. This is largely because the Presidency has taken over the NHI process under presidential adviser Dr Olive Shisana.

Sources close to Motsoaledi informed Health-e that the Director-General had been summoned to the Presidency last week to explain her public utterances about the NHI. However, Matsoso said this was completely untrue.

“I was at Baragwanath [Hospital] all day, listening to the problems the staff are facing and seeing how we can help,” said Matsoso when asked whether she had been called to the Presidency.

Motsoaledi’s supporters, who declined to be named, have also accused Matsoso and veteran health workers in a group called Progressive Professionals of “conspiring against the Minister with Nkosazana Dlamini Zuma”.

The Progressive Professionals is a loose group of concerned healthcare professionals who have been working in the public health sector for many decades. They approached the Minister around June to offer their support to address the “crisis in the health sector” and held a few meetings with the national Department of Health staff.

Matsoso laughed when hearing these allegations: “I am not involved in politics. I watched [the ANC conference at] Nasrec on TV. I am always telling health officials that we have to be above politics, we have to deliver services to everyone.”

Health officials get angry when asked how they will be able to manage to introduce the NHI – the most ambitious reform of the health sector in the history of the country – when they are unable to sort out the problems in their own building.

But when the political and administrative heads of the country’s health are unable to agree on a basic plan for Civitas, this does not inspire confidence in their management of the NHI. DM